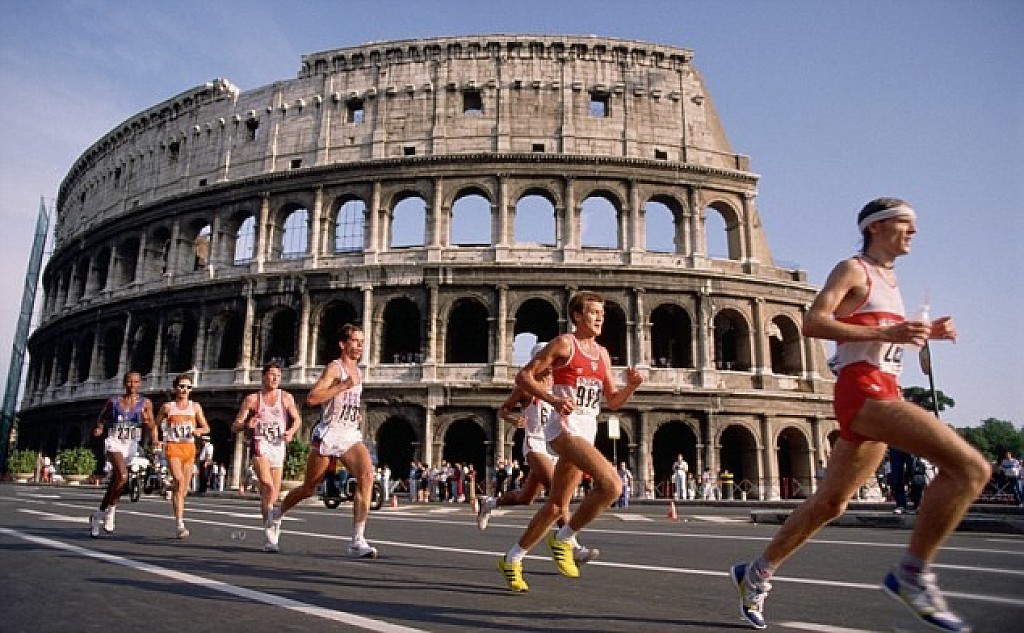 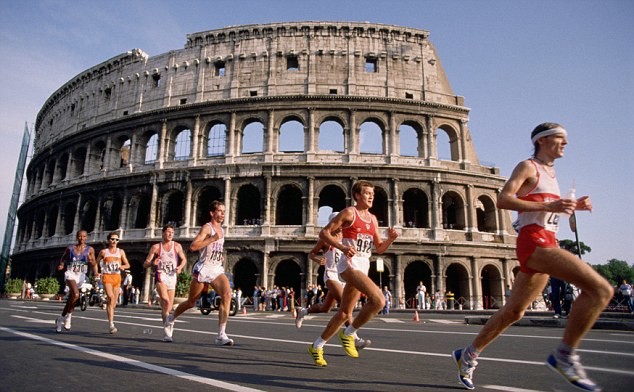 The 2020 Run The Rome Marathon Canceled Due to Coronavirus

Here is the statement from the Rome Marathon organizers on their Facebook page: “This is a message that we never wanted to write but unfortunately, following the health emergency in progress and the Government Decree, the #ACEARunRomeTheMarathon of 29 March has been canceled. 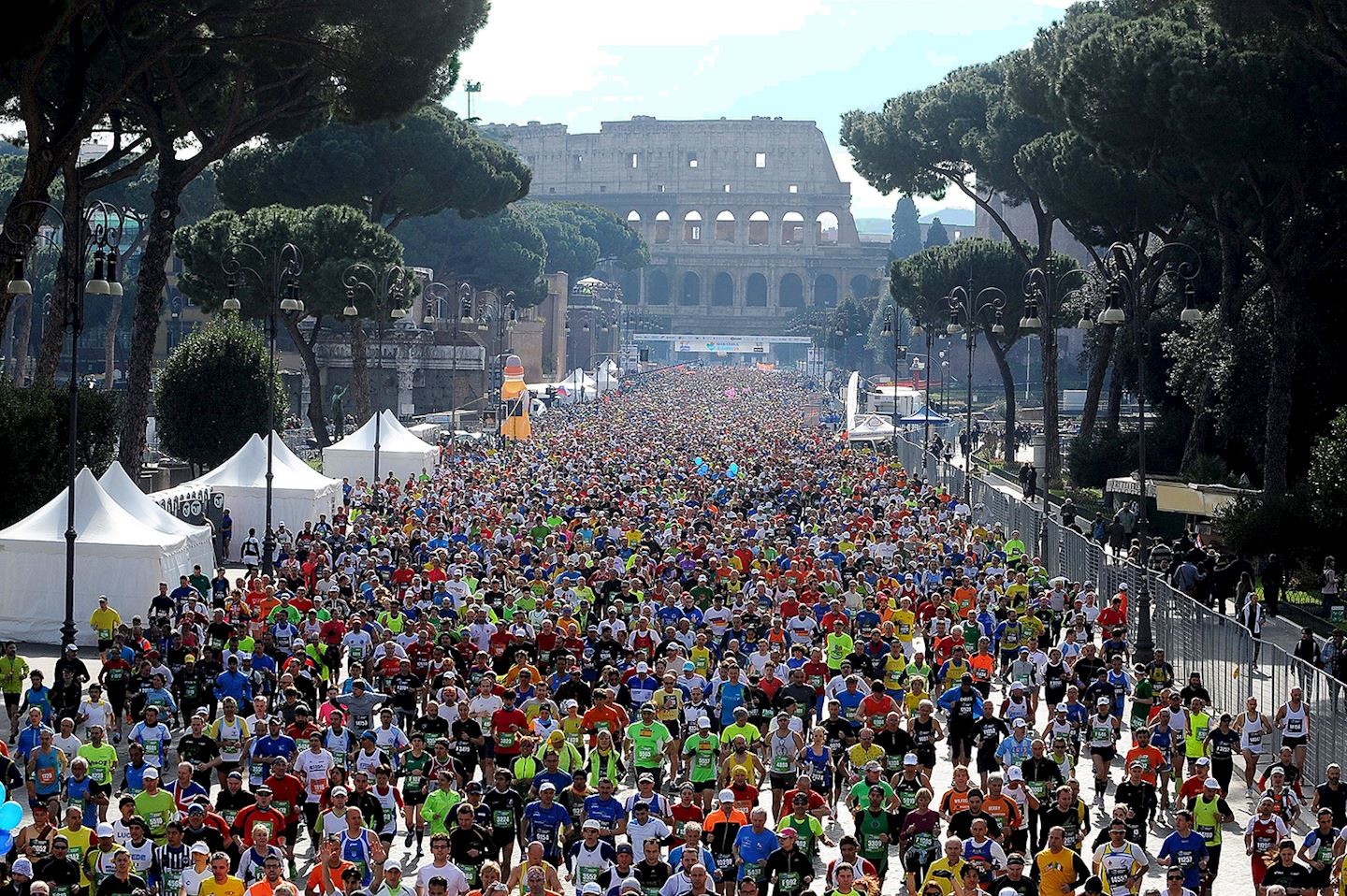 We have worked and invested so much into it. We did it with passion and professionalism. We changed the name, logo, communication. 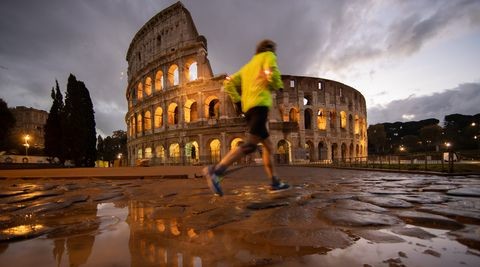 We thought of a marathon and an entirely new village. We had organized a great course offering music and surprises that would have surely amazed everyone.

Like you, we worked very hard during the #RRTMGetReady training sessions, which we organized for free in Rome and in many Italian cities. We met, laughed and shared emotions with you. We also planned projects and especially goal time to be hit during the race.

We photographed, filmed, as well as reposted your stories, your training sessions and achievements thousands of times.

Let’s freeze this experience, passion and desire. Health is the only asset that we must NEVER jeopardise. But we would like to make you a promise: we will double the efforts, enthusiasm, and color next time. The eternal city together with its beauty and history is here forever.

Now, let’s put away those sad faces, as we are still marathon runners. We are strong, tenacious and stubborn. Nothing can stop our desire to run.

We look forward to seeing you in 2021, your registration fee will be moved and guaranteed FOR ALL next year. We’ll see you at the finish line in Via dei Fori Imperiali, which is the road used by the Romans steering their chariots. Finally, in the shadow of the Colosseum, we will put two medals around your neck. One for 2020, as a symbol of your strength and perseverance; and one for 2021 as a metaphor for your double victory.

The one who falls and gets back up is so much stronger than the one who never fell.

However, when we get up, we will RUN.”

Yes, they did say that the registration fee for all who had registered is good for next year and will be moved for 2021. That is a great move by them for sure to bring runners back next year. 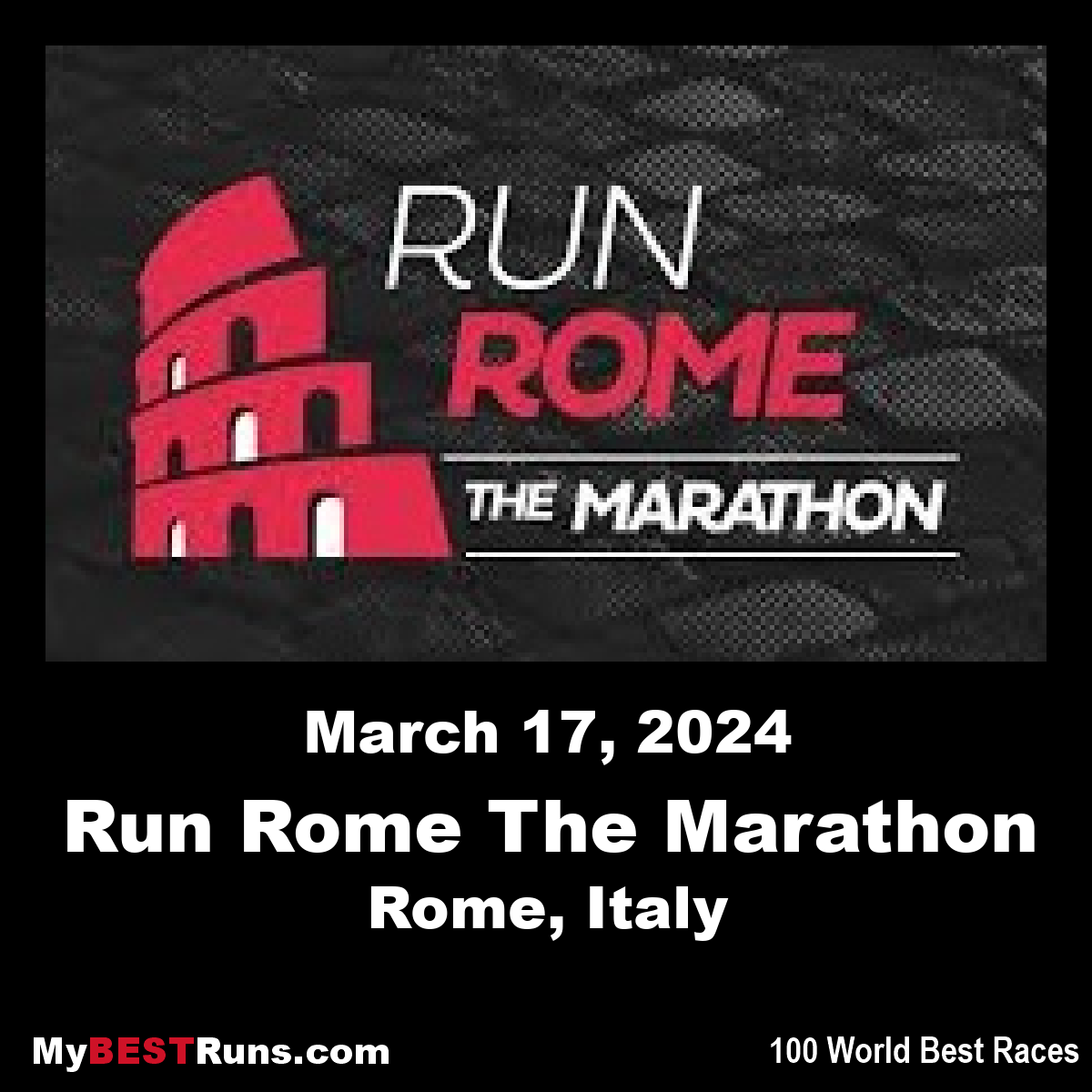 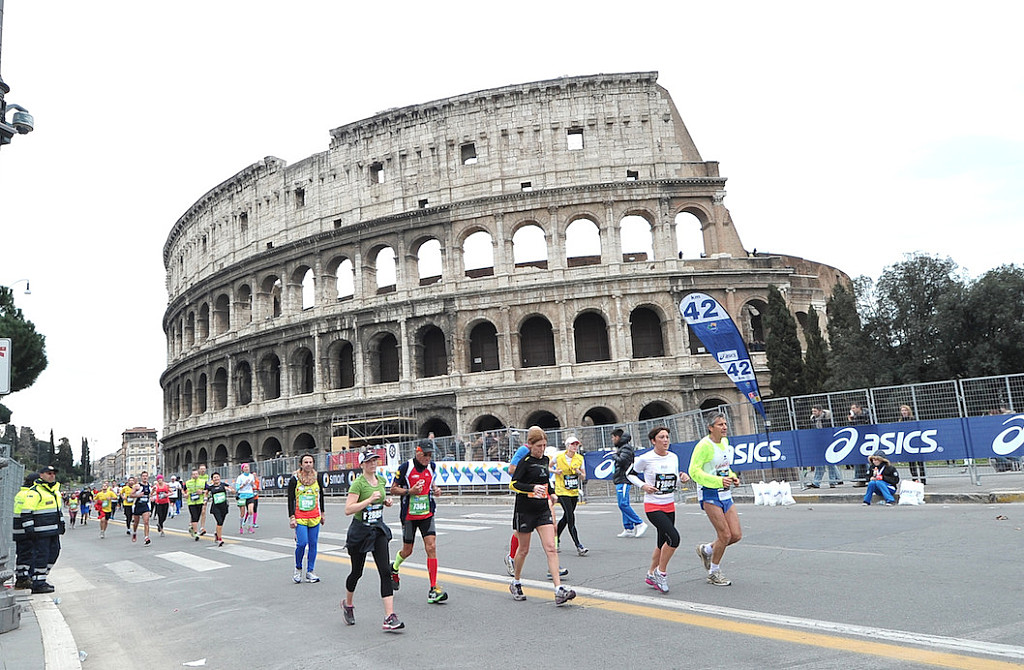 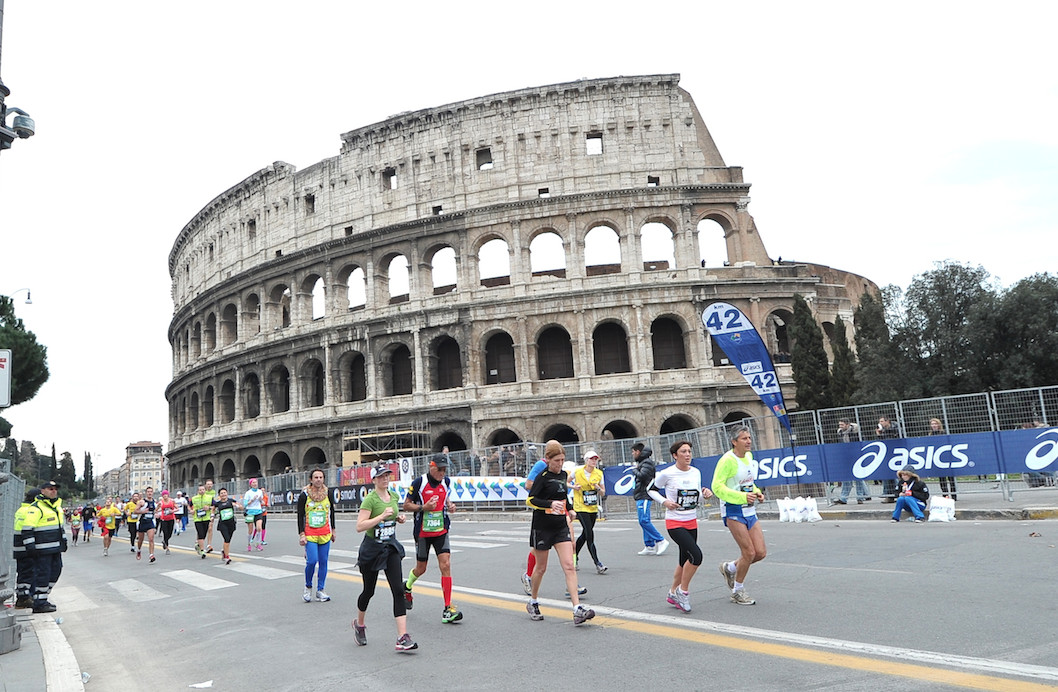 The Rome Marathon is under new management with a new name, logo and new date, Sunday March 29 2020

The Rome marathon is under new management and will be run Sunday March 29 it was announced this morning at the Ara Pacis Museum.

With a new name and logo, the new management has a desire to show that Rome loves sports and, in particular, running.

An international level marathon with tens of thousands of athletes, half of them from hundreds of countries will showcase Rome, a unique city for its charm, monuments, history and heritage.

The Marathon looks to the future, but at the same time retains its unique charm represented by a path that runs the history of Rome and its symbolic monuments said the new director of the event, Michaela Castelli.

Run Rome The Marathon is the most fascinating race in the world. you will feel your heart beat each of the 42.195 km that you will run. 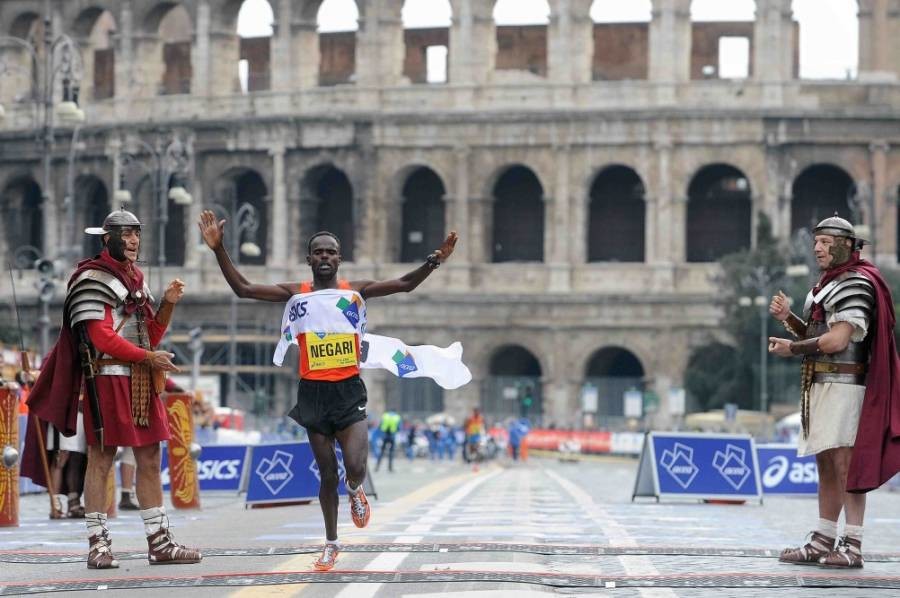 Your steps will cross the same roads where the ancient romans used to walk more than two thousand years ago. every view will tell you a story. Every sight will be eternal like Rome is.

The course will carry through Foro Italico, the Mosque of Rome, you will be running on the same steets trampled a few millennia ago by the ancient Romans. On the route, you won’t miss Piazza Navona, Via del Corso, Piazza del Popolo and Piazza di Spagna, with the famous stairway of Trinità dei Monti. The main character of the marathon will be the Colosseum, majestic background, start and finish points of the race.

Running and monuments, sweat and history, personal achievements and medals to conquer, joy, thrills and tears. Rome will surround you, will embrace you, will capture you, Rome awaits you.

The marathon has ancient roots, here in Rome it has a strong tradition. We can go back a century, up to April 2, 1906, when Dorando Pietri won the marathon crossing the finish line in Piazza di Siena. Or we can go back 60 years, to the magic night in 1960 when during the Olympic Games in Rome, Ethiopian Abebe Bikila opens the season of African Marathoners, running bare footed the whole race. His run through Appia Antica enlightened only by torches became pure history in athletics, as well as his winning photo while crossing the finish line at the Arco di Costantino.

The marathon we all know and that will be held on Sunday, 29 March 2020 has its roots in 1995 with Italia Marathon Club, and has been awarded with the prestigious Gold Label IAAF in 2011. In 2019 FIDAL hosted the event and for 2020 a new organizing committee took place, made up by Infront, Corriere dello Sport – Stadio, Italia Marathon Club and Atielle Roma.

More than 115 countries took part in the past editions.