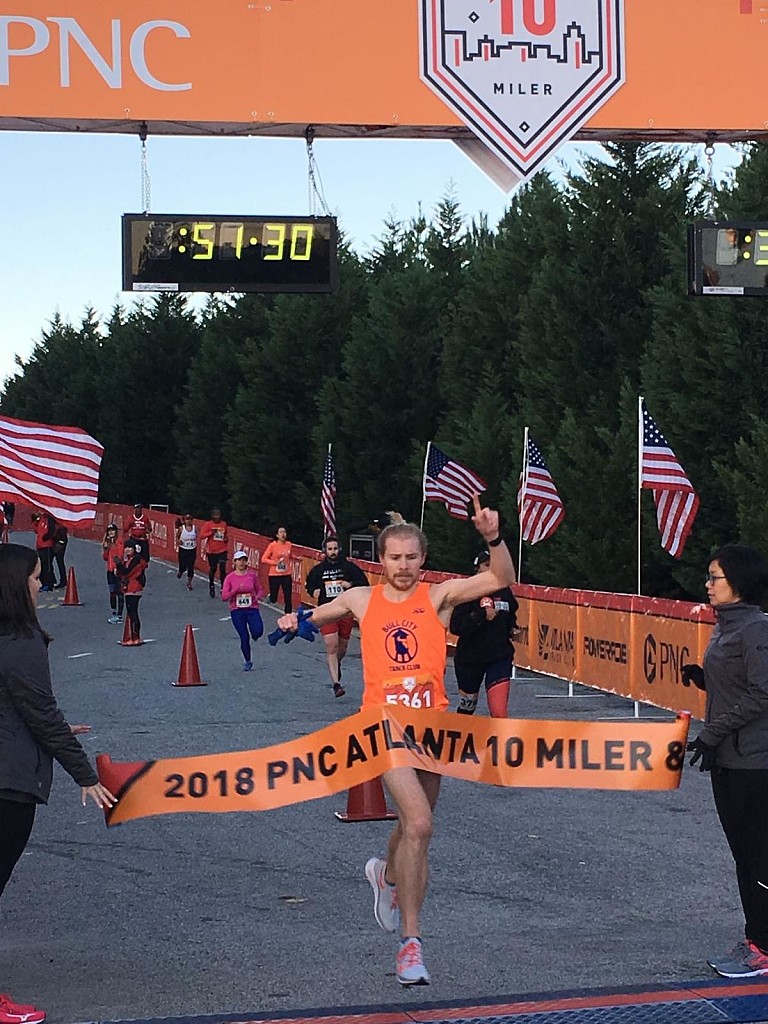 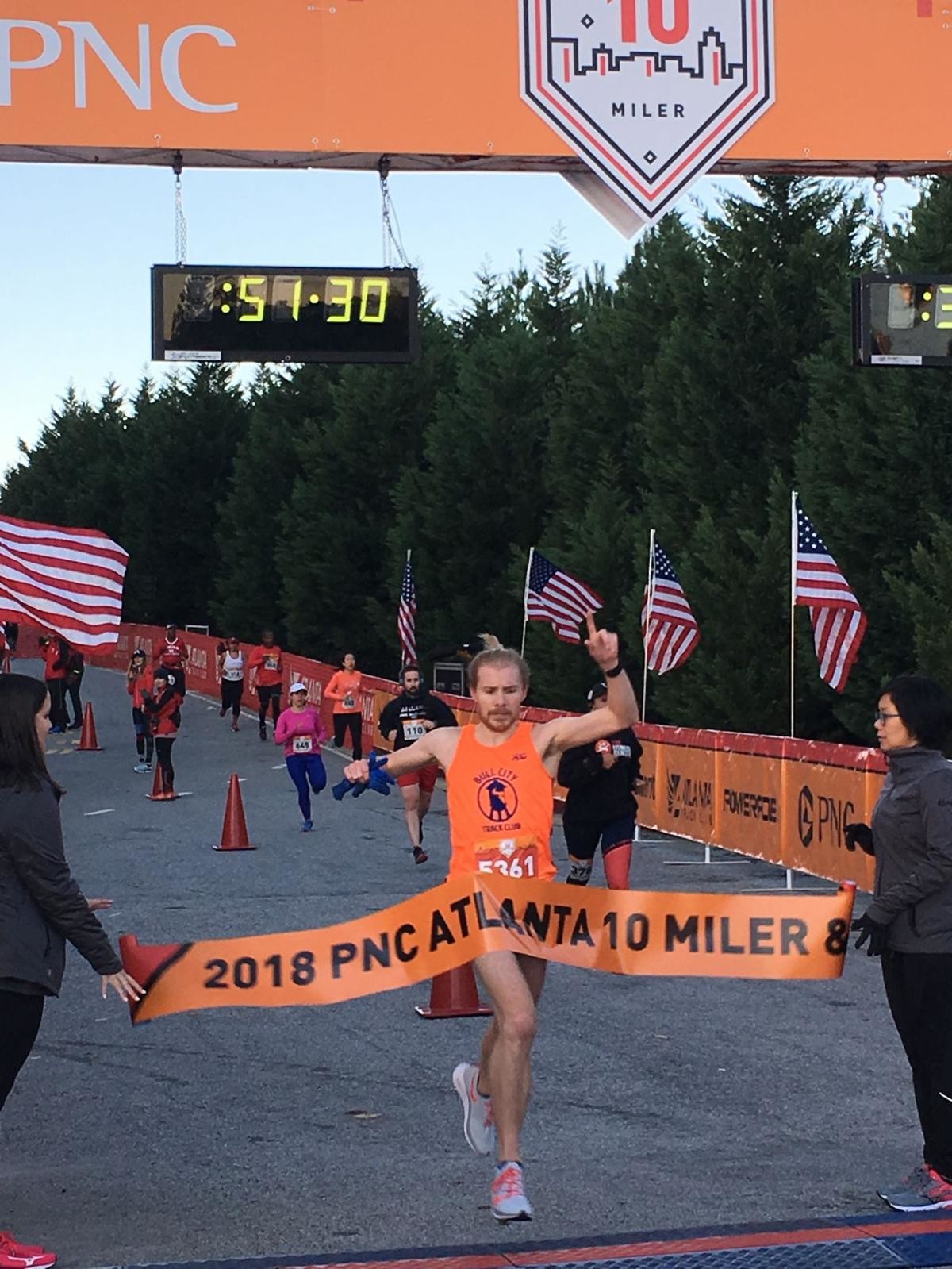 Brisk fall weather and enthusiastic crowd support welcomed 6,500 participants for the sixth annual PNC Atlanta 10 Miler & 5K at Atlantic Station. Runners and walkers explored west Midtown, Buckhead and Midtown neighborhoods then enjoyed their accomplishment with a post-race celebration. Evan Gates of Durham, North Carolina, blazed the way for the men in the 10 Miler, finishing in 51 minutes, 30 seconds, more than four minutes ahead of second-place finisher Jack Bordoni (54:45). A graduate student at Duke University, Gates was in town for a biomedical engineering conference and decided to run the race on a whim. “The win was a perfect cap to put on the end of my weekend,” Gates said in a news release. “I’ve had a great time with great food now a great race.” A modest description of his performance, as Gates broke the tape more than five minutes faster than last year’s winner. On the women’s side, Atlanta Track Club Elite member Laurie Knowles took her fourth event win of the year in 58:33. Knowles also won the Northside Hospital Atlanta Women’s 5K, Atlanta’s Finest 5K and the Braves Country 5K in 2018 alone. Preparing for a marathon in coming weeks, she implemented today’s run as part of her training regimen. (10/22/2018) ⚡AMP