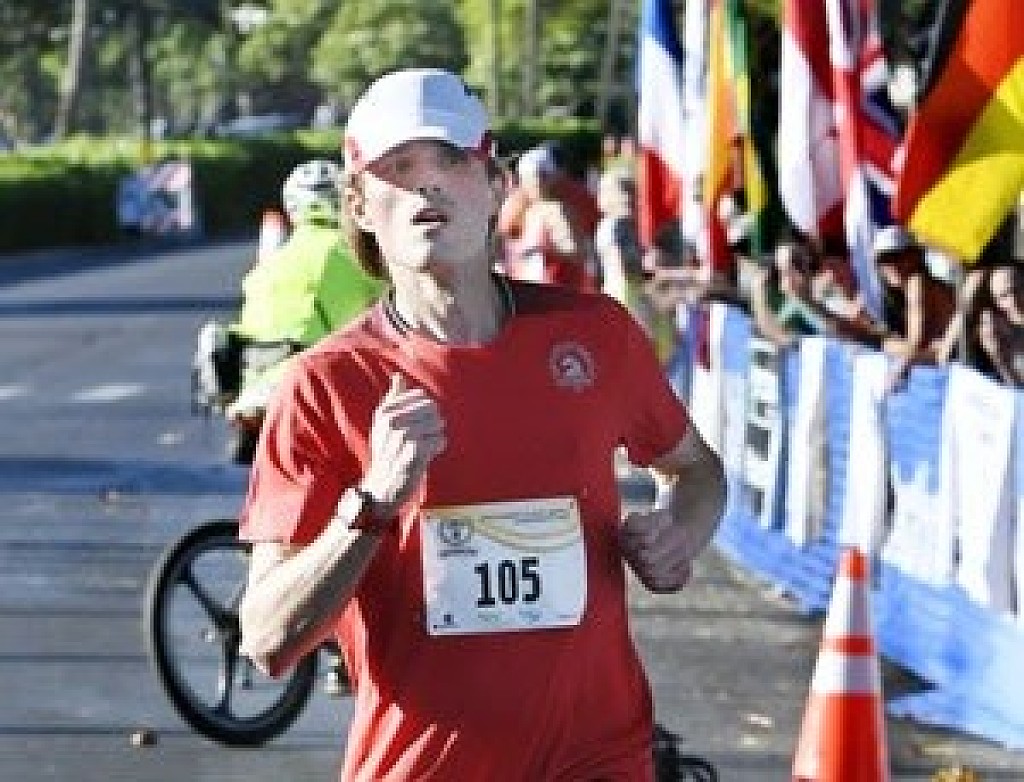 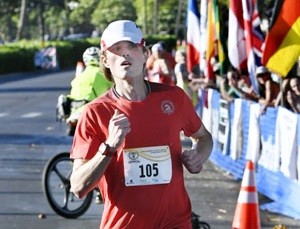 Eight years ago, Jason Damazo and his wife, Lindsey, visited Maui for their honeymoon. Fast forward to Sunday, and the 34-year-old Seattle native and his wife were again celebrating on the Valley Isle, sharing a warm embrace after he was the first to cross the finish line in front of the Kaanapali Beach Hotel to win the Maui Marathon. Damazo finished in a time of 2 hours, 52 minutes, 2 seconds, 10 seconds ahead of runner-up Sage Sarchet of Wailuku. James Newby of Squamish, B.C., finished third in 2:57:21. Damazo credited Sarchet for pushing him throughout the 26.2-mile trek from Hookele Street in Kahului to Kaanapali. “He almost ran with me every step of the way,” Damazo said. “I definitely wouldn’t have been able to make that time without a companion for most of the route.” Damazo said Sarchet broke away from him around the 20-mile mark of the race, but he was able to keep him in sight before he was able to catch up and take the lead in the final stretch of the race. Hannah Bocksnick of Honolulu won the women’s race in 3:25:47. Her time was good for 10th overall. It was only the 27-year-old’s second marathon ever. (10/16/2018) ⚡AMP