Patrick Bruno has competed in all nine Kauai Marathons, and next Sunday will be number 10. But there is one Kauai Marathon that keeps him from saying he’s officially completed them all — even though he did, albeit a day late. “I was killing it,” he said of that second year he ran the full marathon in 2010. At the 24-mile marker, his time was about 3 hours, 30 minutes. He was on pace to shatter the four-hour barrier. And then, he wasn’t. “I hit that proverbial wall kind of thing,” he said. Bruno reached that point, no matter how much he tried to will his body to keep pushing toward the finish line, it wanted to stop. He dropped out. “I just couldn’t keep going,” he said. But the Lihue man wasn’t at peace with it. The next morning, at 5, he returned to that spot where he dropped out, and ran the last 2.2 miles. Twenty-four hours later, he finished that marathon as his daughter, Cinzia, cheered him on. “It was good but it was a let-down,” he said. “You know how we kick ourselves so badly for that kind of stuff.” Patrick Bruno does not let disappointments and setbacks keep him down. He has since finished each marathon, and at 53 years old he vows to keep finishing them just as long as his legs will carry him the daunting distance. “I’m just trying not to get old,” he said. “We only have so many good years left, so I just need to make sure to do what I can to stay as mobile and able to do things as I can.” (08/27/2018) ⚡AMP 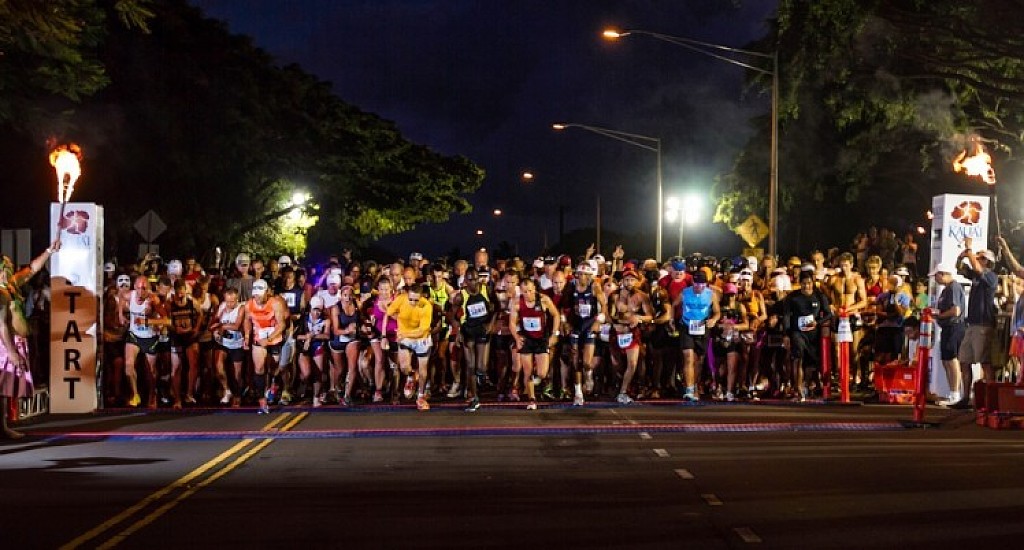 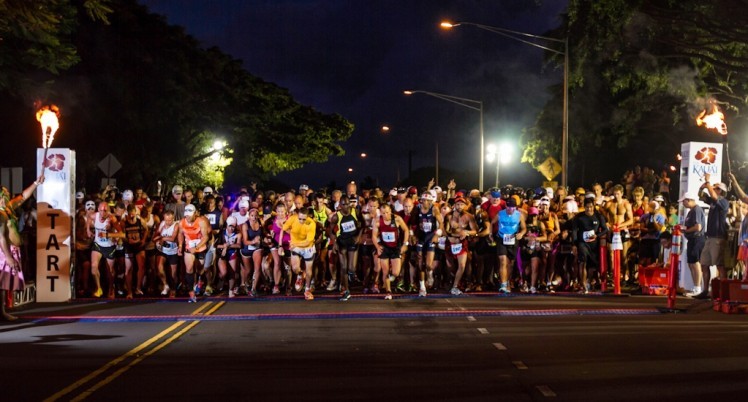 The 10th annual Kauai Marathon and Half Marathon set for Sept. 2 is a little more than six weeks away. While you still have time to whip yourself into shape for the half marathon, 13.1 miles, forget about it if you haven’t been in training for the full 26.2 miles. That’s an entirely different beast, particularly with this Kauai Marathon course of so many hills, long and short, as the course winds through Lawai and Kalaheo. The hills can suck the life out of your legs and can turn a long day into an even longer day, however the course is one of the most beautiful of any half or full.  Registration is up nearly 20 percent for this year’s races, with 315 signed on for the full, and 1,504 registered for the half.  Jeff Sacchini, who also co-owns and operates Living Foods Market and The Lanai restaurant at The Shops at Kukuiula is the founder and owner of the event.  The aid on the course, the support, the finisher medals, the aloha, and the food and drink afterward, are top-notch. It really is a commitment to creating the best experience for runners and walkers. And, perhaps best of all since that first marathon 2009, more than $100,000 of the proceeds have gone to nonprofit groups and charities on Kauai. Kauai is fortunate to have a marathon of such caliber. As Sacchini has said, Kauai residents don’t have to leave the island to compete in what really is a world-class race.  Registration is still open. (07/22/2018) ⚡AMP