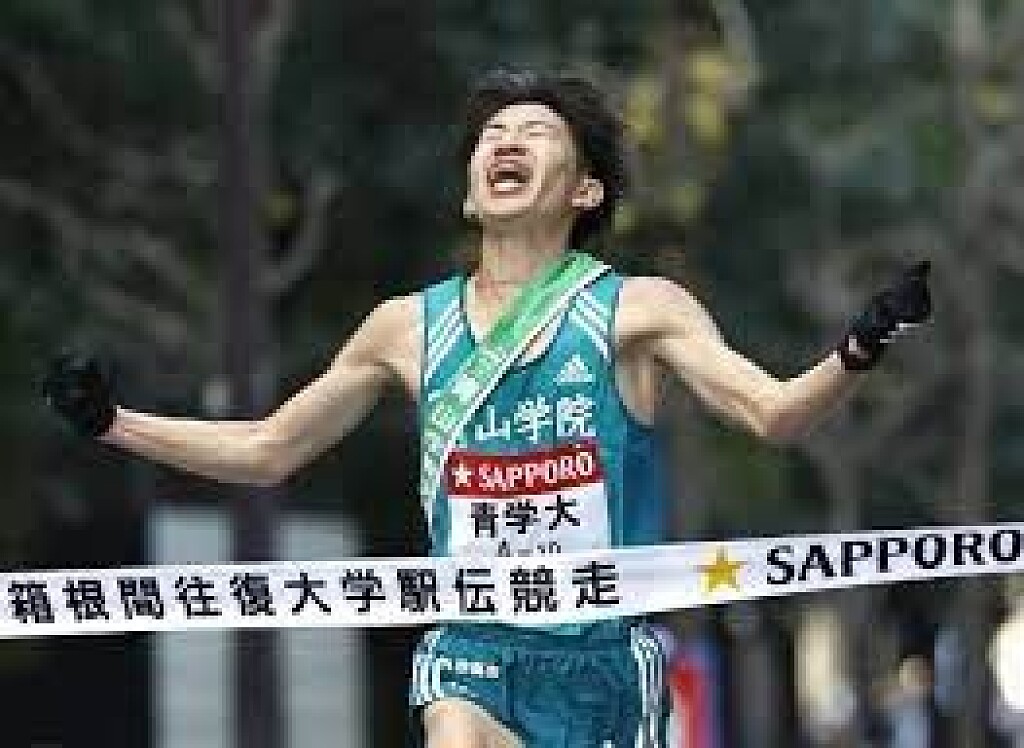 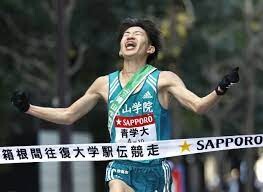 Riding the momentum of its Hakone Ekiden Day One win, Aoyama Gakuin University broke the Day Two and overall course records to take its sixth Hakone title in eight years.

With all sixteen men on his entry roster having broken 29 minutes for 10000 m and even leaving some recent 62-minute half marathoners off, head coach Susumu Hara had plenty of material to work with on the five-stage 109.6 km Day Two return trip from the mountain town of Hakone to central Tokyo. Handling the 20.8 km descent on the day's first leg, 4th-year Yuki Takahashi was the weakest link in the Day Two lineup in terms of finishing time on his individual stage, running only 8th-fastest, but even so he added a valuable 41 seconds to AGU's initial lead of 2:37. 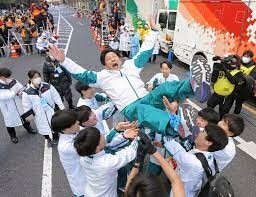 AGU broke the Day Two record in 5:21:36 and took almost 2 minutes off its own record for the full 10-stage, 217.1 km course, finishing 10:51 ahead of 2nd in 10:43:42 with the biggest margin of victory since 1988. That works out to 2:57.9/km including the two mountain stages. How dominant is that? The same pace for 100.0 km, the distance run at Jan. 1 at the 7-stage New Year Ekiden corporate men's national championships, would give AGU a time of 4:56:30. That would have put them in 12th out of 37 teams, not evening taking into account that they were running more than twice as far as the corporate leaguers, only one stage at the New Year Ekiden is as long as what every runner at Hakone does, or that Hakone includes two stages with elevation changes of 837 m. Take those into account and AGU's best 7 could probably be giving New Year winner Honda, who averaged 2:54.6, a run for it, even without a Kenyan. Coach Hara might get it wrong every now and then, but at this point his development program is pretty close to untouchable at the collegiate level.

Behind AGU, the overall race was as complex as expected given how close most of the teams were in ability, way too much to recap. From 2nd to 13th, almost every team changed position on almost every stage. There were as many brilliant days in the sun as devastating setbacks, as many as you could hope for. 2020 Yosenakai qualifier winner Juntendo continued its forward movement after a slow start on Day One, moving from 5th to 3rd thanks to a stage best from downhill runner Keito Makise, then 2nd after another stage best from 8th man Tsuda. Tsuda, a second-string senior, delivered one of the biggest runs of the day, taking out Komazawa's #2 man Mebuki Suzuki to put Juntendo into 2nd, where they stayed. Komazawa fell to 6th as Suzuki faltered, but fought back to 3rd. 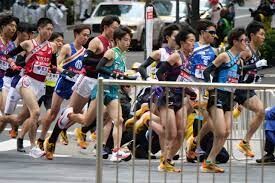 Last year's 3rd-placer Toyo University struggled to stay in the top 10, then caught Komazawa for 3rd in the anchor stage home straight before dropping to 4th in the final sprint. 2021 Izumo Ekiden winner Tokyo Kokusai University bounced between 7th and 4th before landing in 5th. Yosenkai runner-up Chuo University made it as high as 3rd on the 8th leg before falling back to 6th, its first time in the top 10 in ten years. Last year's Hakone runner-up Soka University went from 8th to 5th to 9th to 7th. Koku Gakuin University dropped from 4th to 10th over the first three stages of the day. A stellar run from first-year Kiyoto Hirabayashi took them back to 5th on the 9th leg, but anchor Ryomei Aizawa dropped again to 8th. Teikyo University started in 2nd after an uphill win at the end of Day One by Shoma Hosoya but spent Day Two sweating it out as they fell back as far as 10th on the 9th leg before anchor Shoma Nishiwaki took them back to 9th.

A top 10 placing in Hakone gets you a return trip the next year and an invitation to October's season-opening Izumo Ekiden. 2019 Hakone winner Tokai University clawed its way up to 10th on the Day One 5th leg, then to 8th over the first four stages of Day Two. But anchor Yuta Yoshitomi ran into trouble and dropped, and coming off Nihonbashi with 1 km to go he was caught by Hosei University's Yuki Kawakami. It's a sign of how much trouble Yoshitomi was in that he ultimately finished 52 seconds behind Kawakami, sending Tokai back to the Yosenkai with Hosei getting into the top 10 for the first time in 3 years. Waseda University, Japan's University of Oregon, looked like they might break into the top 10 with good 7th and 8th leg runs from Soshi Suzuki and Ryunosuke Chigira, but they couldn't quite close it up and were caught just before the finish by Kanagawa University.

Altogether it was a truly great edition of the world's greatest race, one with more plot lines happening simultaneously than even the ultra-competent Nippon Television production team knew what to do with. That's a direct product of the constantly increasing level of collegiate men's distance running in Japan. AGU and coach Hara may be showing what's possible, but with so many teams raising the average ceiling at once it created the right conditions for tense and exciting racing throughout all 11 hours of action over Hakone's two days. That's good for the athletes, good for the broadcaster and their sponsors, and good for the fans. Japan is losing elite-level races at a rate that should be ringing some alarm bells, but in the lead-up to Hakone's 100th running in 2024 it was a reassuring sign that this one, at least, is only getting better. 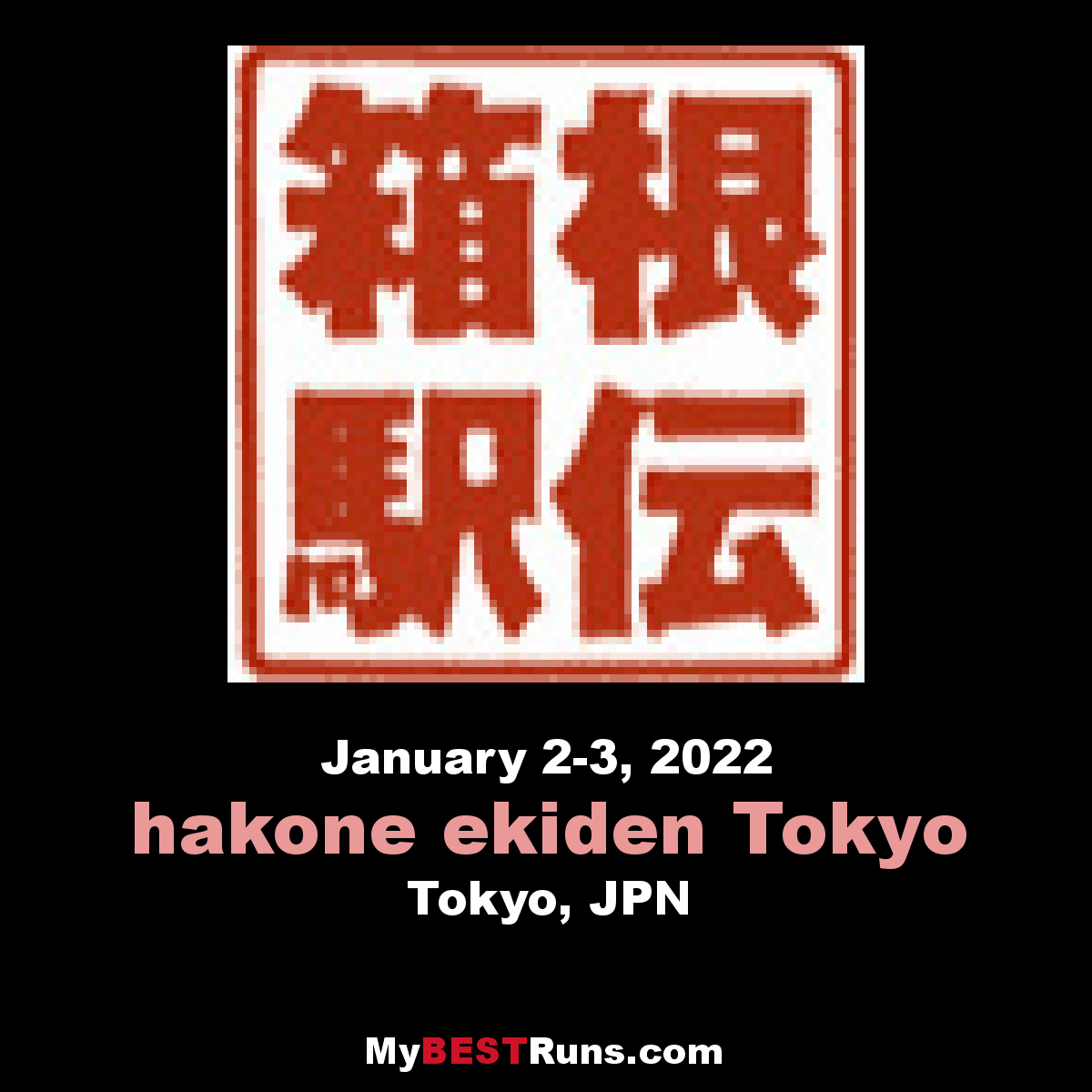 Hakone Ekiden, which is officially called Tokyo-Hakone Round-Trip College Ekiden Race, is one of the most prominent university ekiden (relay marathon) races of the year held between Tokyo and Hakone in Japan on 2 and 3 January. The race is telecast on Nippon Television. Only men take part in the competition, meaning there is greater investment in the men's ekiden... 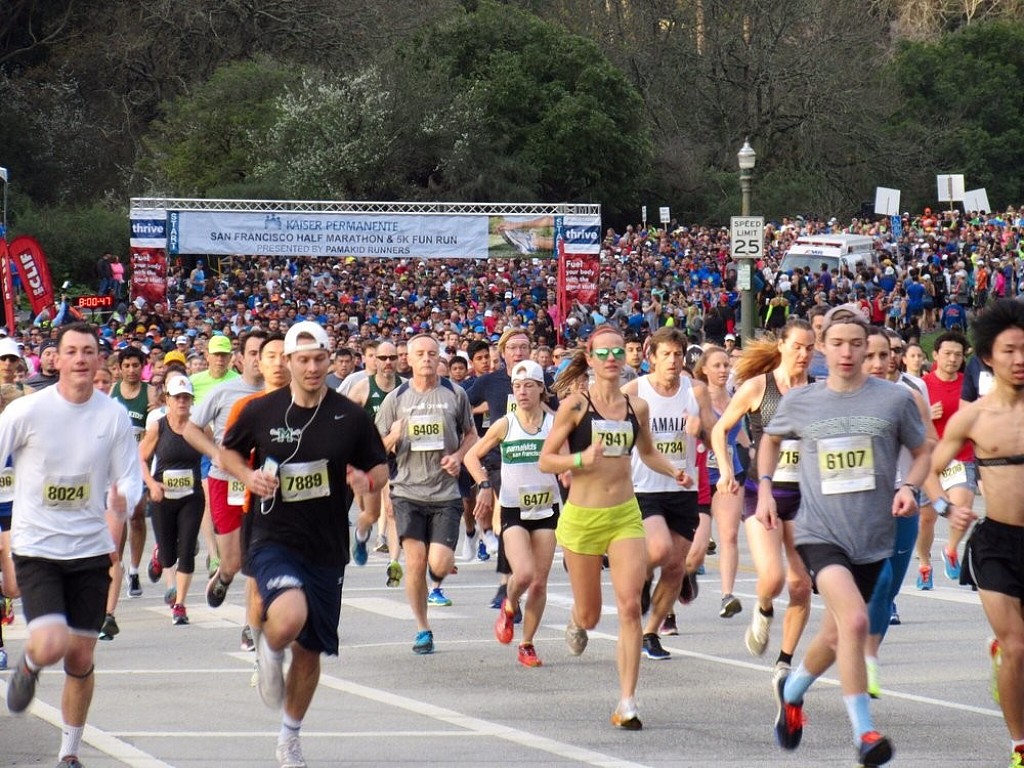 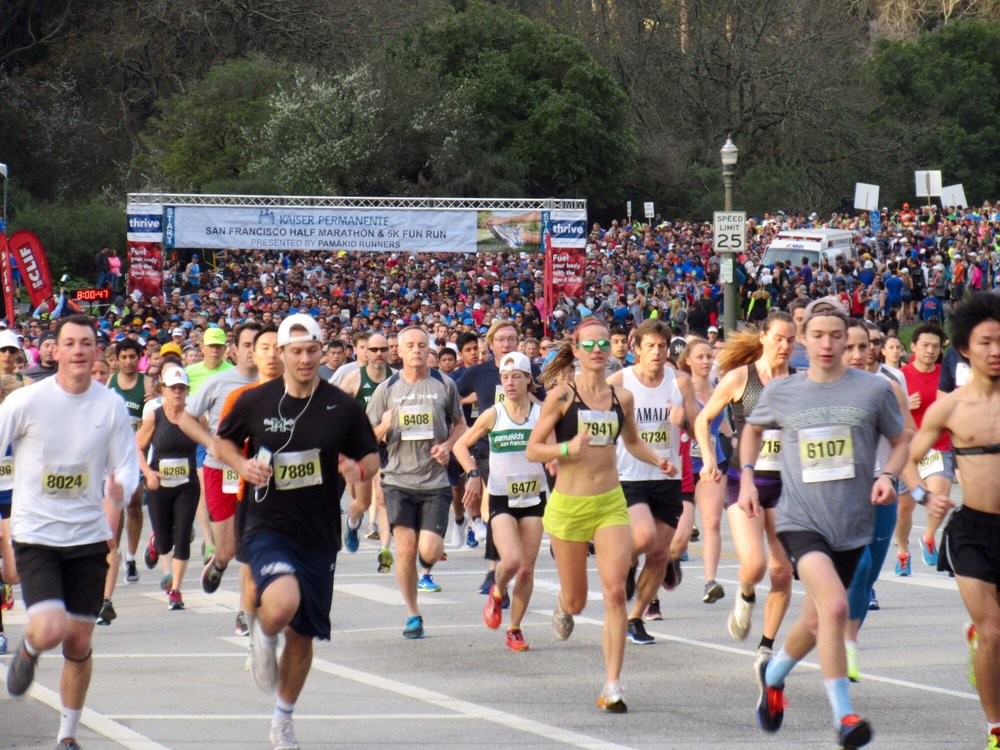 The 37th annual event will take place on Sunday, February 2, 2020, showcasing Golden Gate Park and the Pacific Ocean while treating finishers to a lively post-race expo.  A fixture on the Bay Area running calendar, participants in all three race distances will test themselves on scenic, net-downhill courses, offering runners of all abilities the opportunity to achieve a personal best. Each year, the race donates $100,000 to four designated local charities.

Owned by the non-profit Pamakid Runners, the 2020 event will feature a one-time prize purse and course record bonus in the half marathon for elite athletes tuning up for the U.S. Marathon Trials in Atlanta, GA.  With over 30 Northern California athletes already qualified for the Marathon Trials, the race will offer an expanded elite program designed to attract a deep field of athletes seeking a fitness benchmark one month out from Atlanta.

The prize purse will be tiered based on the number of elites entered, with the total purse doubling from $3,000 to $6,000 if more than twenty qualified elites are entered.  In addition, a $500 bonus will be offered to the first runner breaking the existing course records (Men: 1:04:08; Women: 1:15:07). 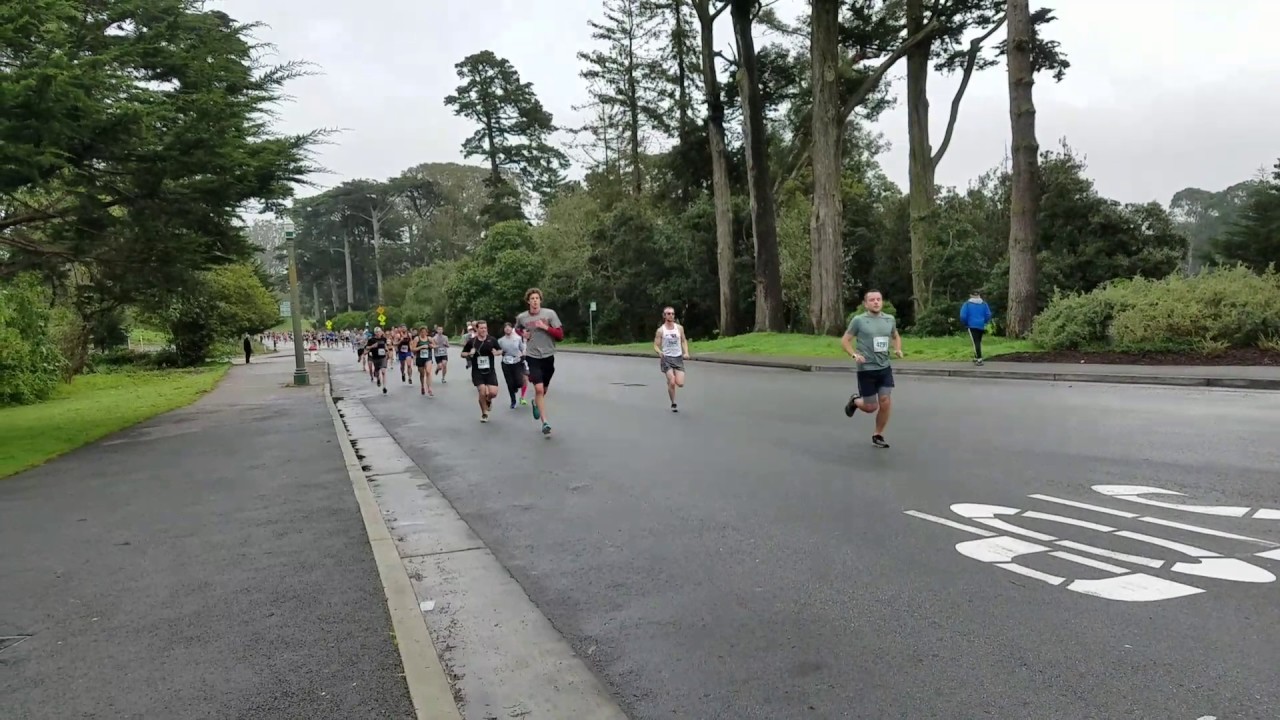 “We are thrilled to offer an opportunity for our regional elite athletes to use the Kaiser Permanente San Francisco Half Marathon as a target race prior to the U.S. Marathon Trials,” said Michelle La Sala of Blistering Pace Race Management, producer of the event.

“By offering a prize purse and course record bonus, our region’s best athletes will be able to test their fitness without having to travel. We are looking forward to a deep and exciting race on February 2nd!” 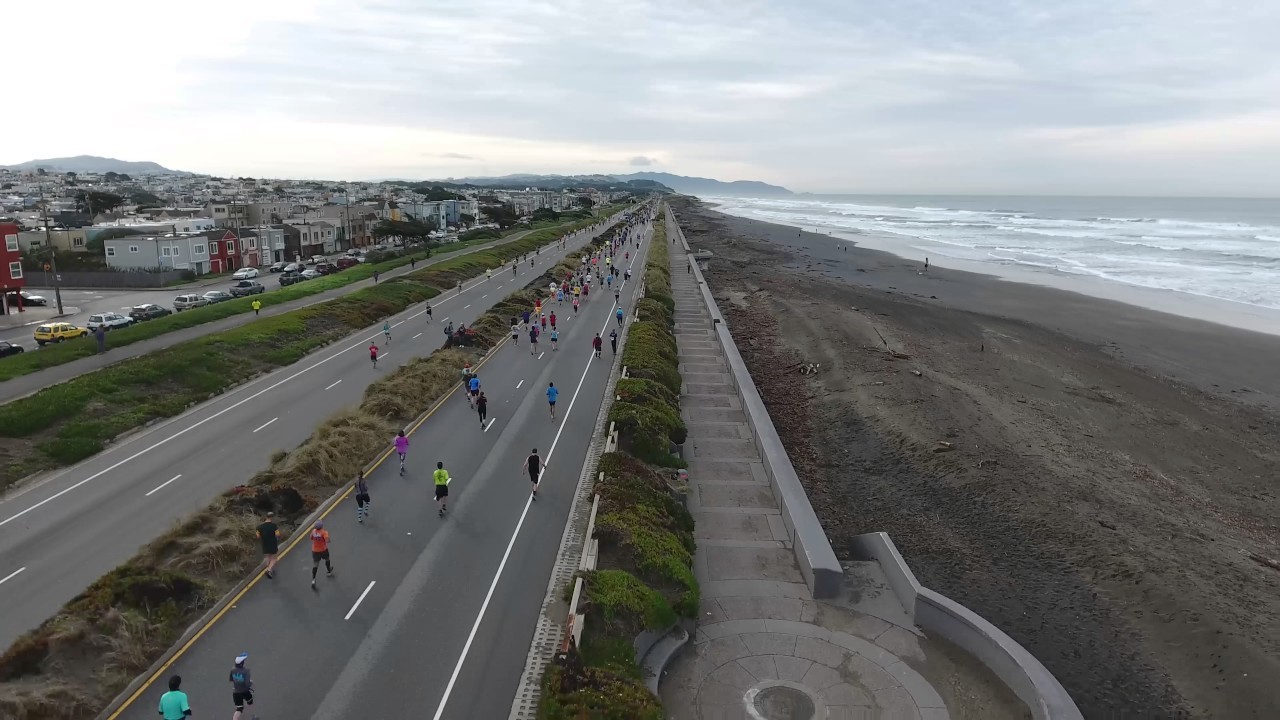 "The Pamakids are excited to present the 37th Kaiser Permanente San Francisco Half Marathon along with our long-time partner, Kaiser Permanente," added Pamakid Runners president Andy Chan. "Our race is positioned four weeks before the Marathon Trials, which makes it an ideal tune-up race.

It's also a great opportunity for the Bay Area running community to meet and support the elite runners who could be representing the U.S. in the 2020 Olympics." 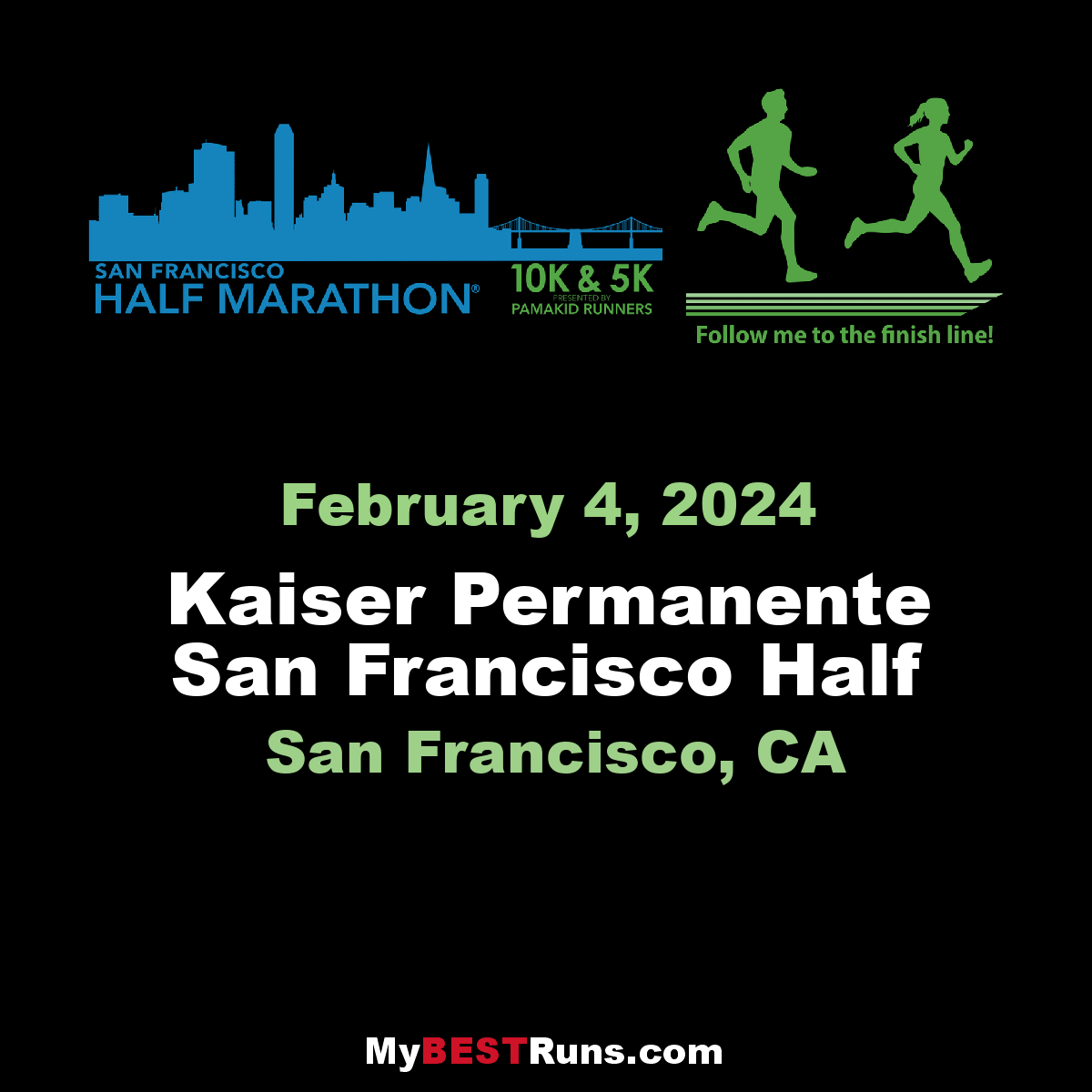 The Kaiser Permanente San Francisco Half Marathon® is a runners’ favorite for its scenery and value. A fast and certified course through San Francisco’s scenic Golden Gate Park, the race has been selected as Road Race of the Year by the Road Runners Club of America several times. The 5K is a fast, downhill 3.1 mile course certified by USA...