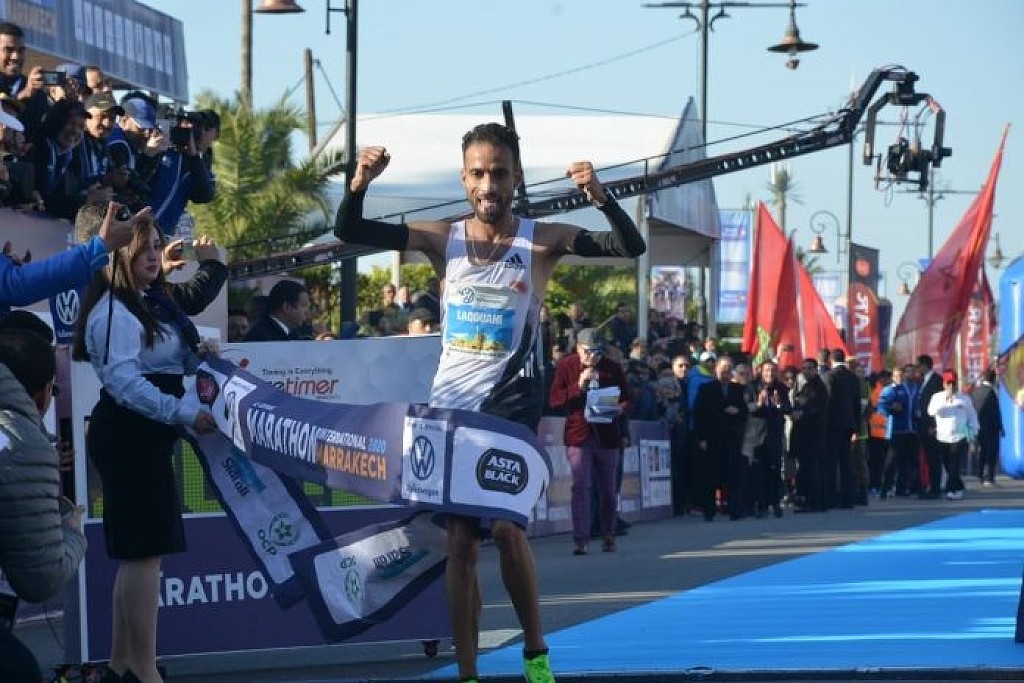 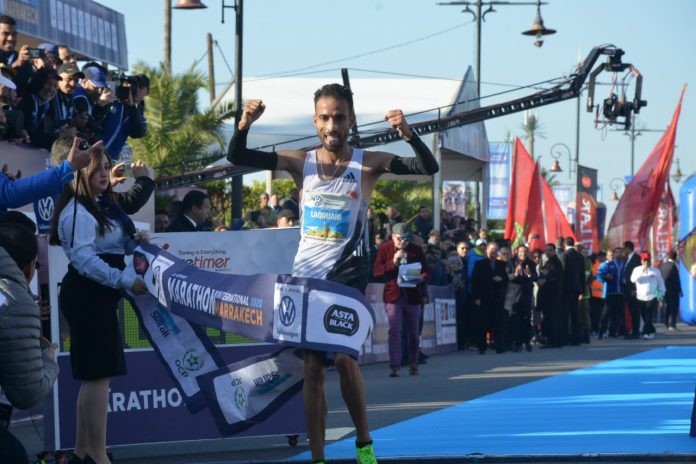 Laqouahi covered the distance of 42,097 km in 2h 06mn 32sec, thus breaking the marathon record which was since 2013 under the credit of the Kenyan athlete Stephan Tum (2h06mn35s). The second position in this 31st edition of MIM went to Kenyan Jacob Kendagor (2h 07mn 16s), followed in third place by the Ethiopian Feleke Wondouser (2h 07mn 32s).

In the Ladies category, the Ethiopian Negeri Hawi Alemu won the title of this 31st edition by finishing the race in 2h 27mn 56s. 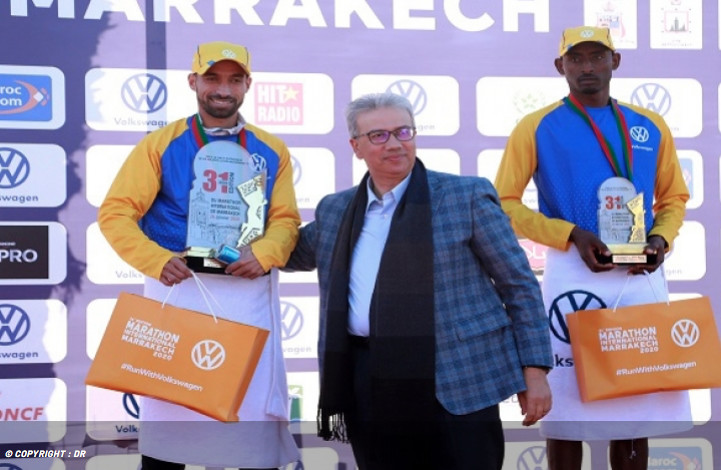 In the Men's Half Marathon, the Moroccan athletes dominated the race by holding the top three steps of the podium hands down. 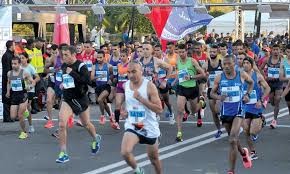 In a press statement at the end of this international sporting event, the winner of this edition, Hicham Laqouahi, said he was very proud and happy to have broken the Marathon of Marrakech record and his personal record .

"This performance is the result of long and hard training throughout this year," added this native of Marrakech and member of the Achbal Marrakech athletics club, highlighting the excellent quality of the circuit as well as the good organization of this event.

In a similar statement, the winner of the men's half-marathon, Mohamed Reda El Aaraby, congratulated himself on having managed to achieve "the minimum which allows him to participate in the Tokyo Olympic Games", expressing the wish to be in able to represent Morocco well at this major international sporting event.

In a statement to the MAP, the director of this sporting event, Mohamed Knidiri, stressed that this 31st edition was a success on all fronts, since we exceeded the number of 14,000 participants, who come from 70 nationalities, indicating that 50% of the participants are foreign to the Marathon, while 30% are foreign to the half-marathon. 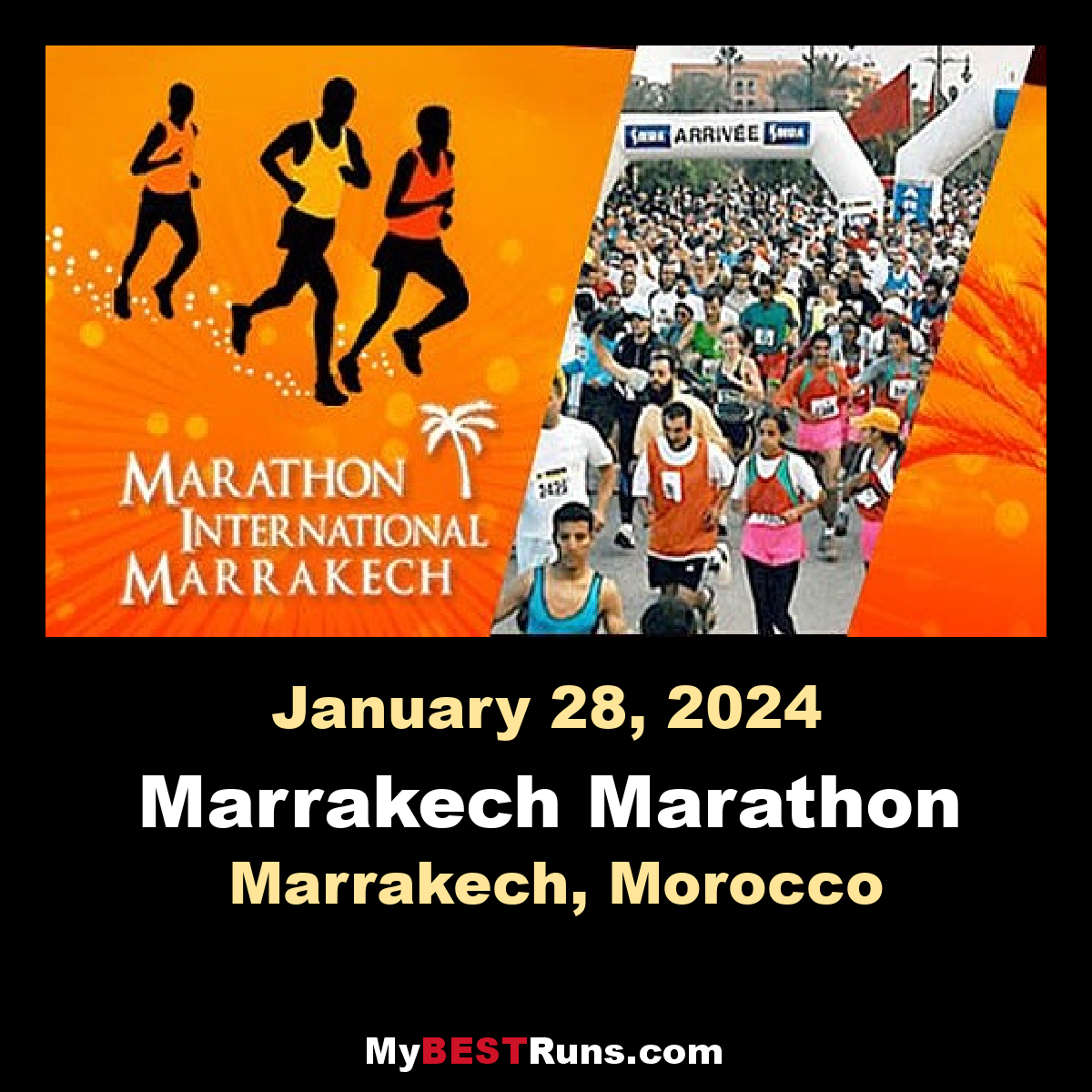 The 2021 race has been moved from January to September because of Covid-19. The magical town of Marrakesh offers an exceptional setting, a very mild climate in January and a beautiful circuit considered as one of the fastest in the world. It goes along the alleys of palm trees, orange, and olive trees, but also the ramparts of the city. ... 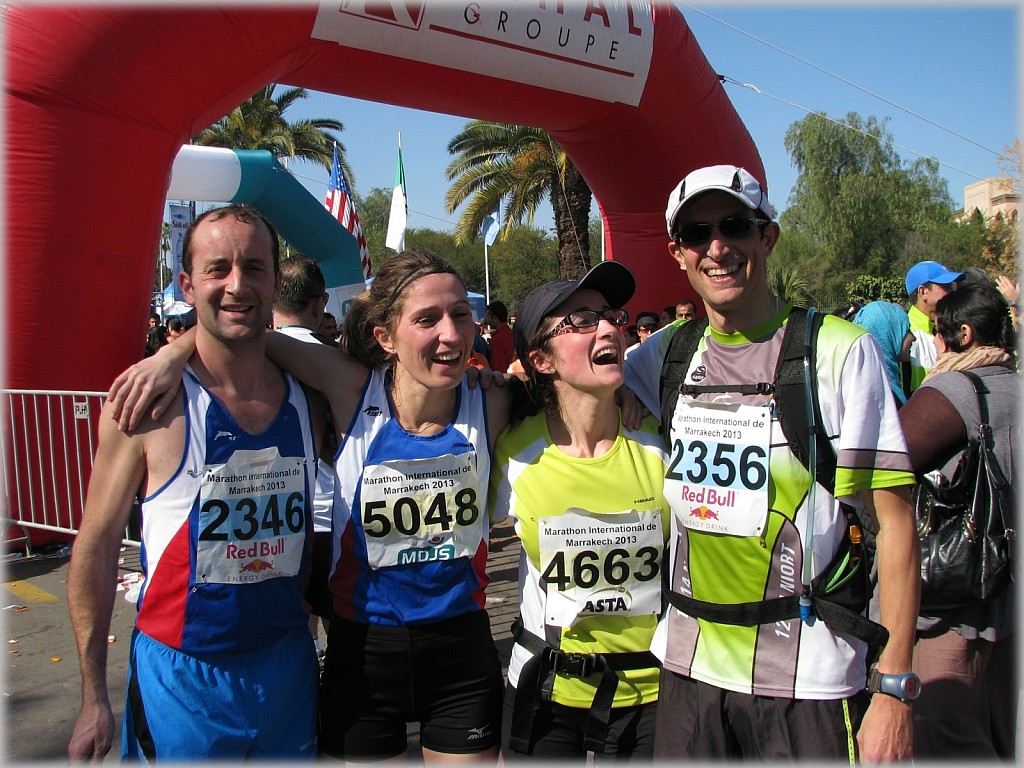 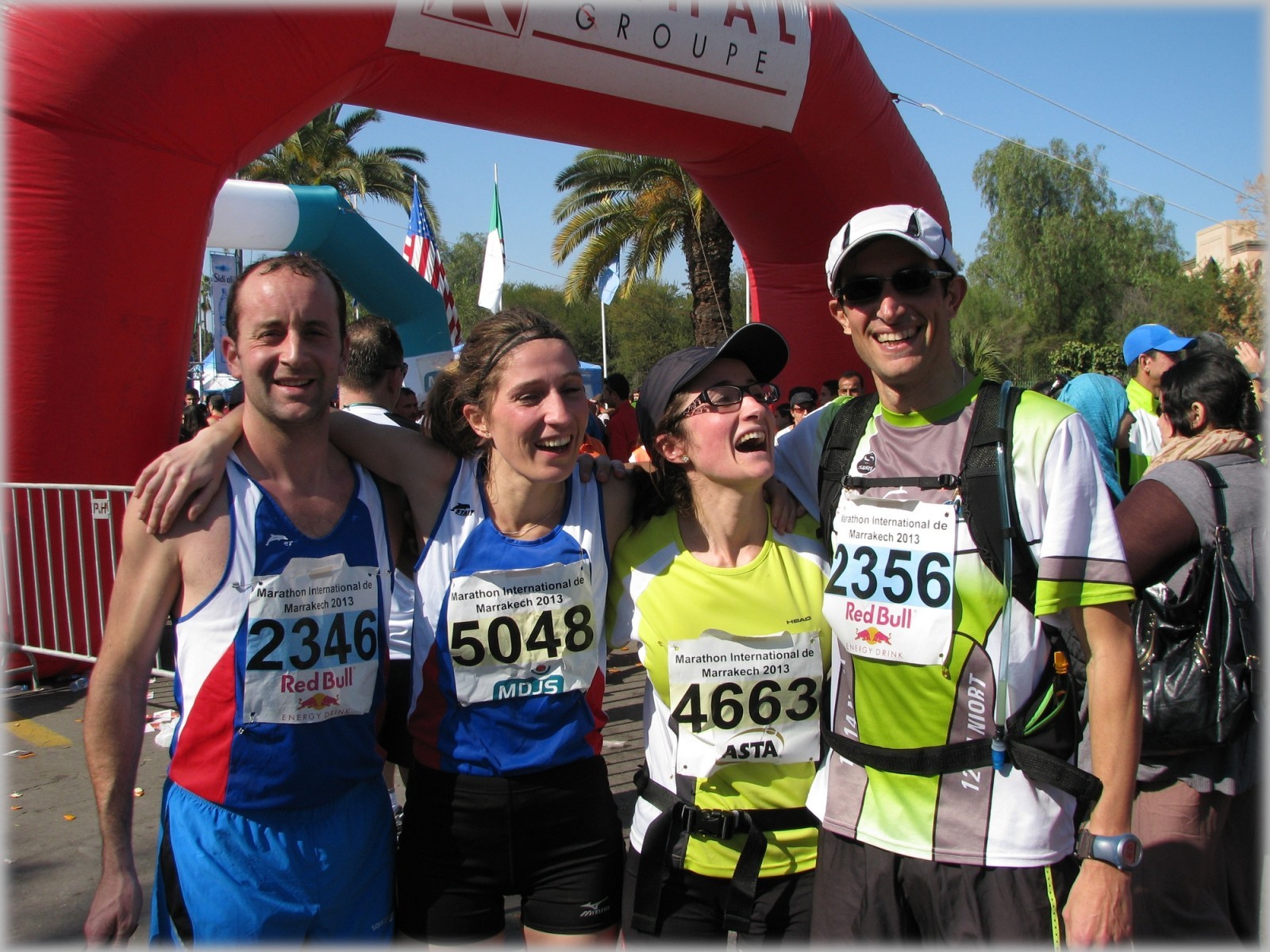 More than 8,500 set for the 29th Marrakech Marathon

The 29th edition of the Marrakech International Marathon and Half Marathon, scheduled for January 28, will bring together more than 8,500 professional and amateur participants, including nearly 50 top Runners, organizers said on Tuesday. More than 55 countries will be represented said Marathon director Mohamed Knidri during a press briefing in Casablanca. This edition will be marked by a strong participation of French, English, Italian and German runners. (01/19/2018) Views: 884 ⚡AMP