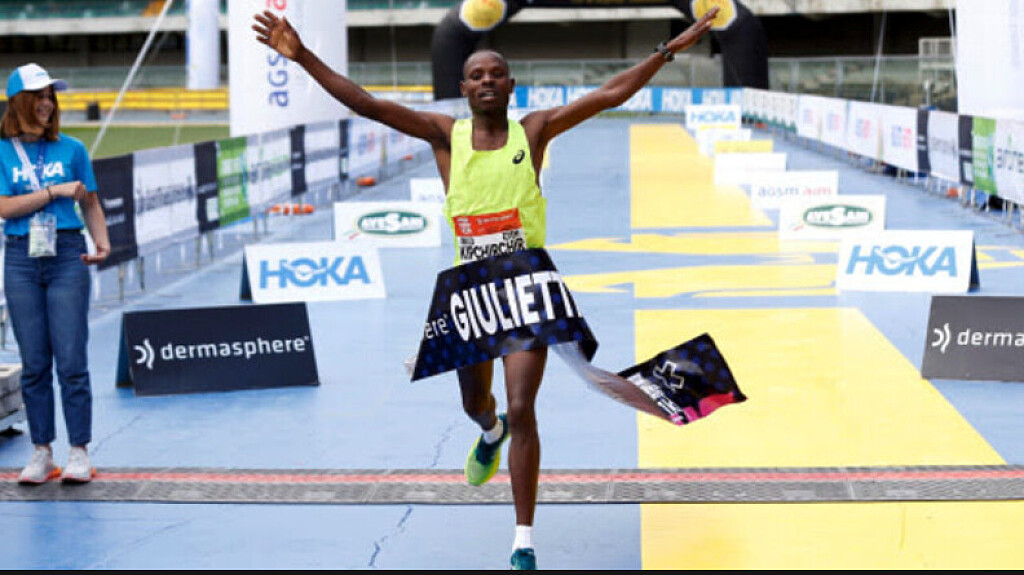 The Dermasphere Giulietta & Romeo Half Marathon and Avesani Monument Run 10k experienced another historic day of great international sport and strong solidarity with the A Casa far from Home project "Emergency Sick Children of Ukraine - We help sick little ones on the run"They traveled half the world to come to Verona starting from the endless African highlands to become the new champions of the Dermasphere Giulietta & Romeo Half Marathon.

The 'Romeo' of 2022 is Kenyan and bears the name of Alfred Kipchirchir, he is the winner of the 15th edition of the Verona half marathon where he crossed the finish line in 1h00'57 ". 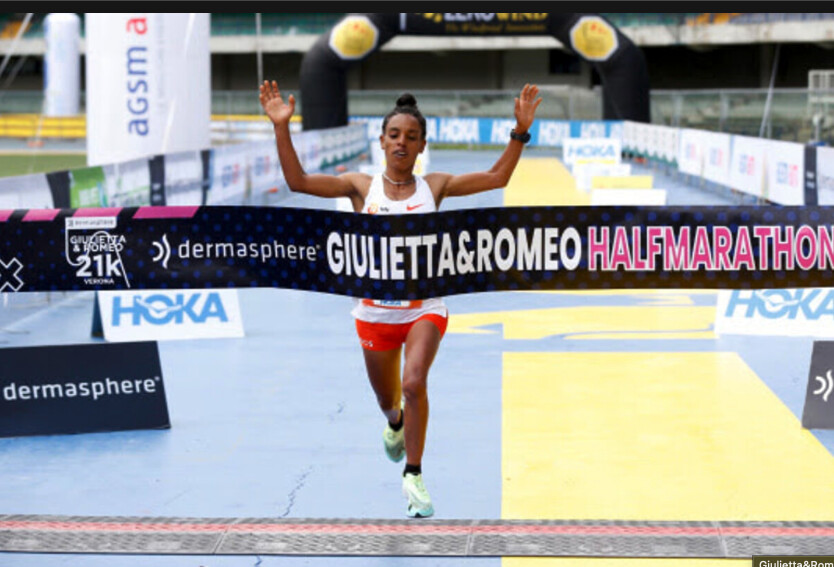 The 'Juliet', on the other hand, is very shy but when she runs she has grit and class to spare, her name is Meseret Gola and she comes from Ethiopia. He took the success in 1h10'09 ".

Two excellent performances, even if both failed to beat their personal bests or even to beat the records of the course. It is difficult to do so at this point of the season that sees the great road racing competitions finish. The satisfaction of winning the prestigious Verona race was nevertheless great.A great event as usual was the one organized by the organizers of Gaac 2007 Verona Marathon Asd, in collaboration with the Municipality of Verona, which maintained organizational standards of excellence, confirming the Gold Label Fidal. 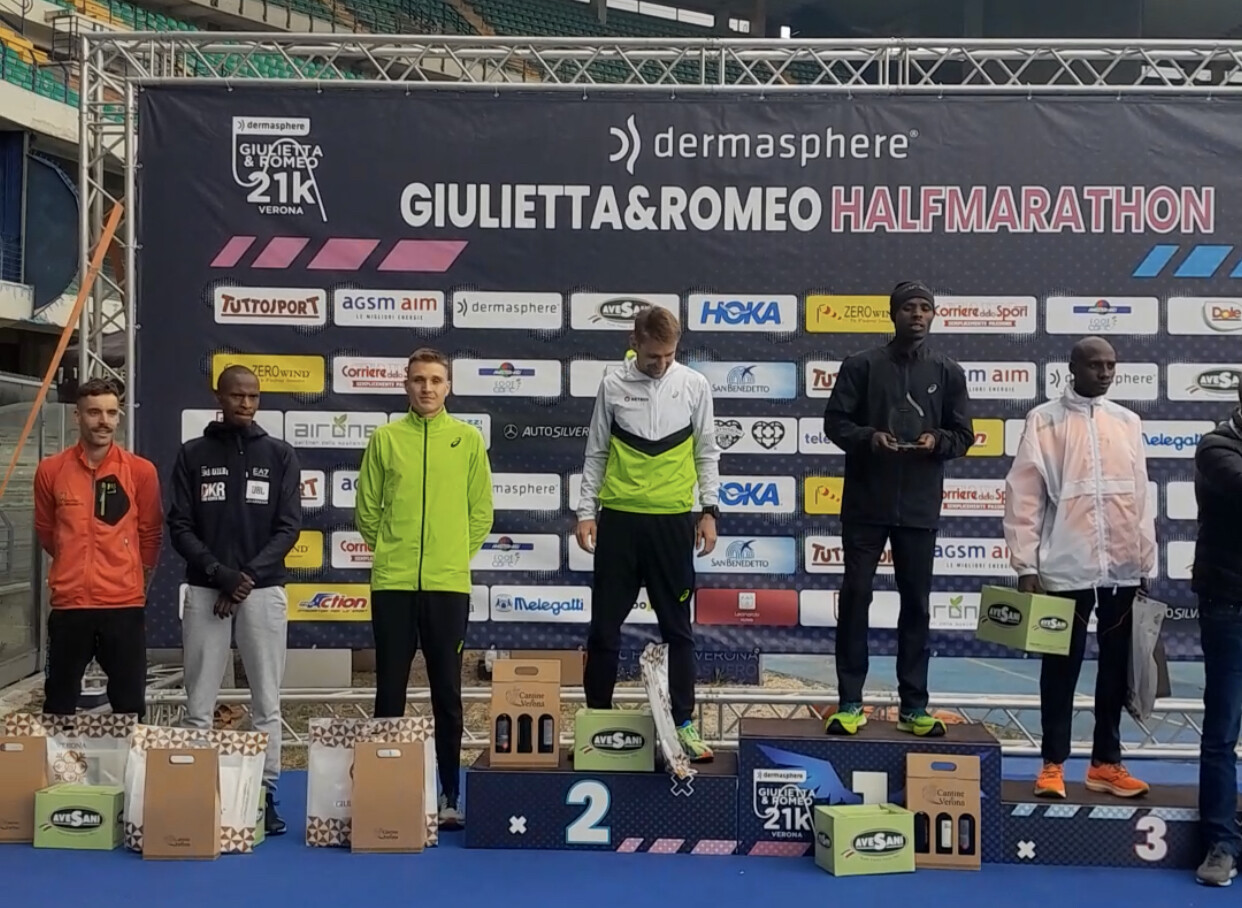 Official start complete with a gunshot entrusted to the mayor Federico Sboarina and for the following waves also to the Sports Councilor Filippo Rando present at the start to greet the thousands of Italian and foreign participants.

Surprise second in the standings was placed by the Polish Ada Nowicki in 1h02'51 ", delighted at the arrival for having established a new personal best. He beat his 1h03'11 "which he had done at the Napoli City Half Marathon last February. Place of honor again for the colors of Kenya with Bernard Musau Wambua with 1h02'57 ". First of the Italians is the South Tyrolean Hannes Perkmann (Atl. Valli Bergamasche Leffe), sixth in 1h05'03 ".  Kenyan Athletics Training Academy (KATA) athlete Peter Njeru finished fifth clocking 1h03'53 just 30 seconds back of 4th place.

Female podium completed by the Kenyan Lilian Lelei (Atl. Castello), second in 1h14'04 "and third the Ethiopian Meseret Ayele (G.s. Il Fiorino) with 1h15'25". Holding the Italian flag high is Arianna Lutteri, the current Italian marathon champion, who ran in 1h21'40 ". Avesani Monument Run 10k, real 9.7km, which was won by Alessandro Comai (Venus Triathlon) in 29'19 ", while among women the success of Claudia Andrighettoni (Us Quercia) in 34'23". Hundreds of people also participated in the non-competitive Avesani Monument Run 10k.

Gianni Pistis, coach and runner of the Charity Partner A Casa Away From Home, engaged in the project "Emergency Sick Children of Ukraine - We help sick little ones on the run" has more than hit the target.

Leaving last, Gianni had the task of overcoming a minimum of a thousand athletes, for each of which a company from Varese, which wishes to remain anonymous, will donate a thousand euros. Gianni honored his commitment by finishing in general position 204 with a time of 1h28'18 "and thus surpassing over 2 thousand athletes. 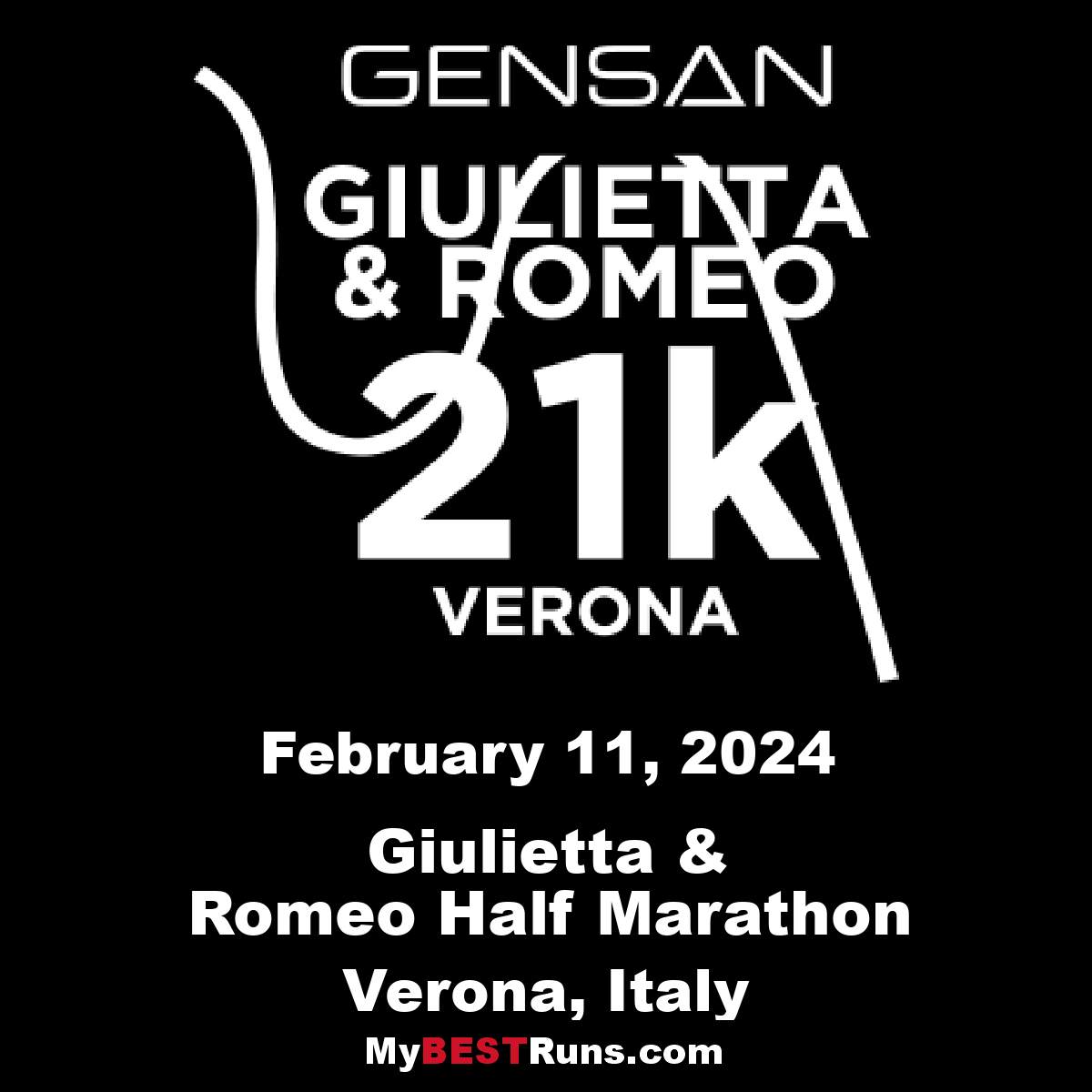 The Giulietta & Romeo Half Marathon is held in the spring in Verona, a beautiful city of art and culture, and the setting for Shakespeare's Romeo and Juliet play. It's a very popular early-season road running event that attracts a crowd of more than 5,000 half marathon runners and 500 relay teams (10km+11km).... 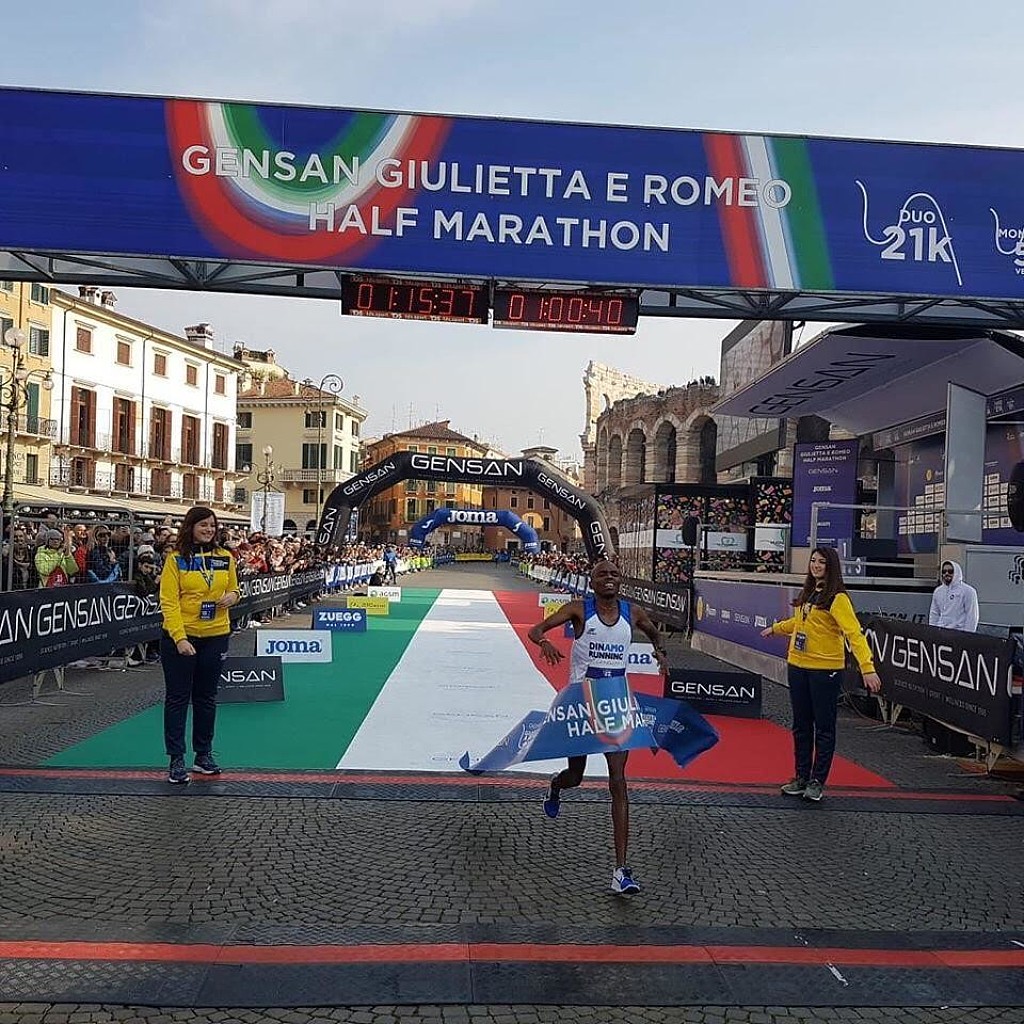 The men's race was fast with Mwangi crossing the finish line in 1:00:40 preceding the compatriots Solomon Koech (1:00:56) and Ishmael Chelanga Kalale (1:01:26) who dropped after the 15th kilometer. In fourth place was Sounder Moen, former European marathon record holder, clocking 1:01:28; in seventh was the German record holder Arne Gabius (1:03:23). 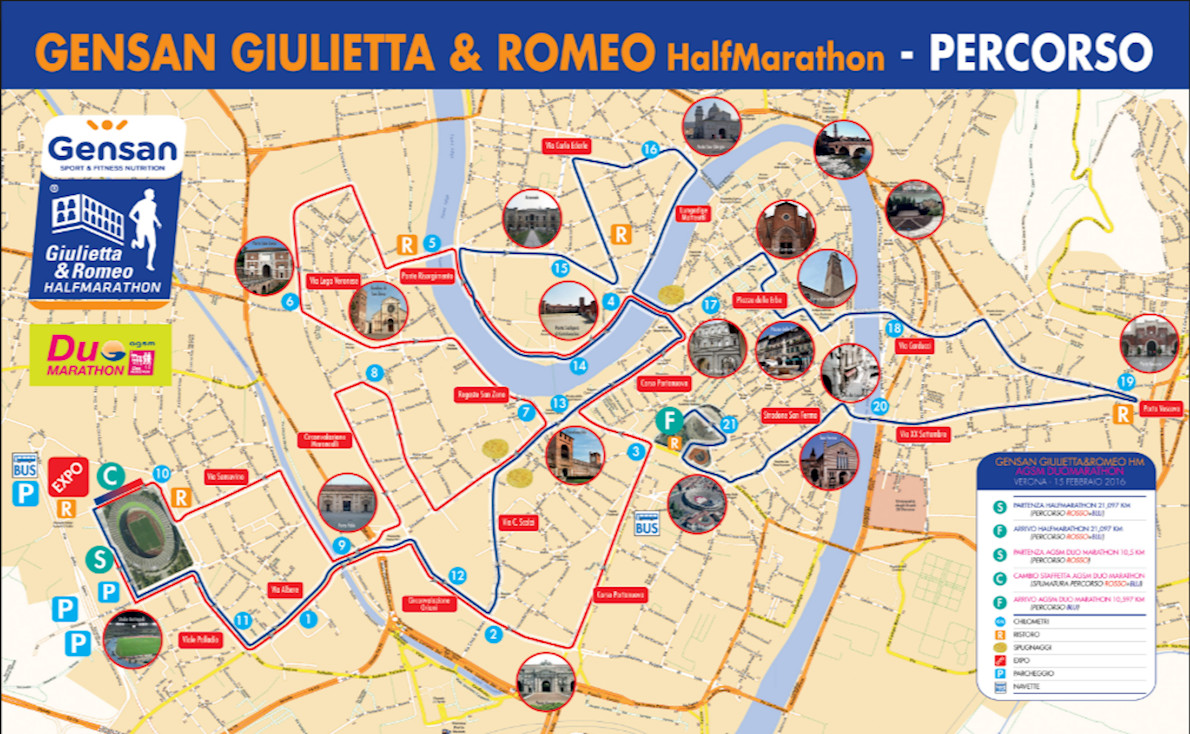 This was the fastest Italian half marathon of the last 365 days.  After the race Joel Mwangi who is training at the newly opened (January 19) UjENA Fit Club Training Camp in Thika, Kenya said: "Despite a lot of corners, I took the lead from 18km.  I was well prepared for any pace.  Any time they tried to push I pushed back. At 10k I push for 1km (2:40) to break the group of four.  We remained two, Solomon and me.  At 18k I took over and he was not able to resist." 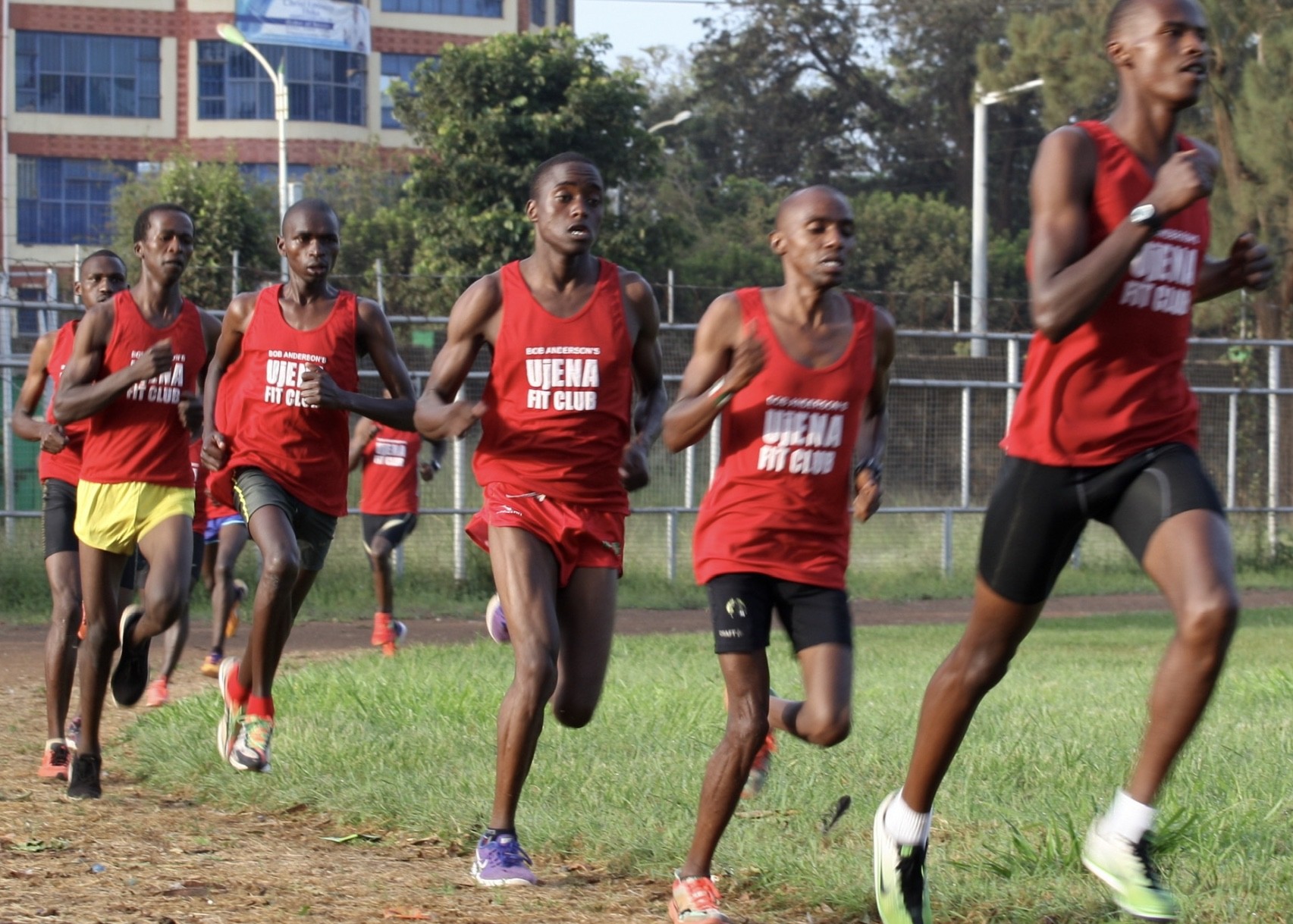 This was a personal best for Joel by 39 seconds.  His pace was 2:50 per k.  Third photo is Joel training with his Ujena Fit club team in Thika at an altitude of 5351 feet.

In the women's race, Valeria Straneo, who took over at 2km from the finish, got rid of the Kenyan Lenah Jerotich, who finished second in 1:11:43, Straneo clocked 1:11:34. Giovanna Epis also did well placing third clocking 1:12:13.

The Giulietta & Romeo Half Marathon is held in the spring in Verona, a beautiful city of art and culture, and the setting for Shakespeare's Romeo and Juliet play. It's a very popular early-season road running event that attracts a crowd of more than 5,000 half marathon runners and 500 relay teams (10km+11km)....