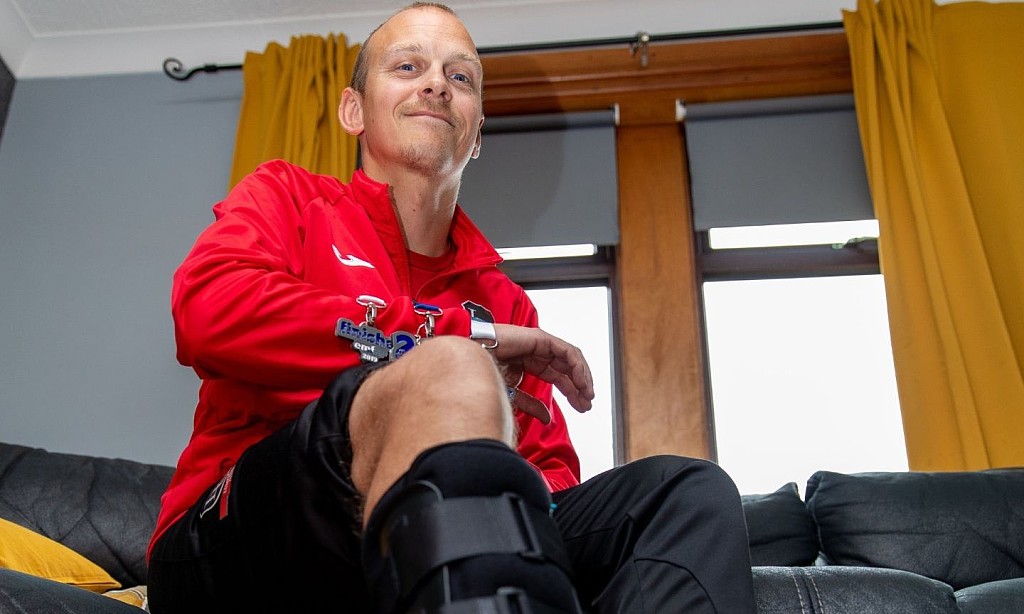 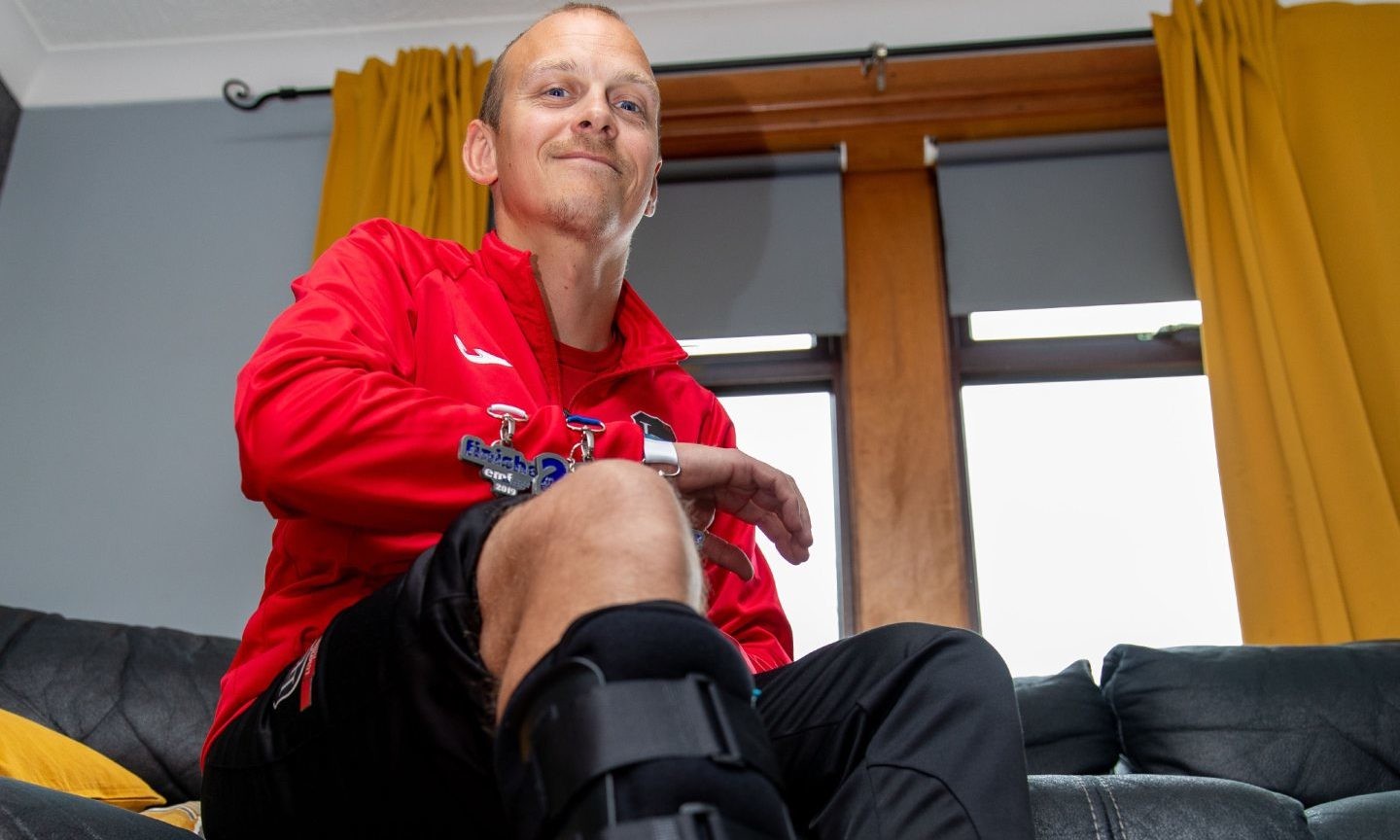 Mike Lewis-Copeland finished the Edinburgh Marathon despite a broken leg

Despite searing pain for 10 miles an intrepid runner discovered he had completed the Edinburgh Marathon with a broken leg.

Mike Lewis-Copeland, 39 felt a twinge at mile 16, near Prestonpans, but rode the wave of adrenaline, and his own determination, to finish the race in 4 hours 30 seconds.

It was only after a cautionary trip to minor injuries that Mike was told he had fractured his fibula.

“The nurse asked me if I’d fallen in a pothole or if there had been an impact but nothing had happened,” Mike explained. “Obviously I didn’t thing it was a fracture. I just kept focussing on finishing it, and would worry about the pain after it.

“I had been joking on the train over how stupid it would be to keep going with a break and now here I am. I thought it was maybe a tendon but had no idea I had fractured it.

It did get to the stage that I was limping a lot and at times having to drag my leg but I just kept counting down the miles."

After suffering a minor muscular injury during the London Marathon in April, Mike knew it would be harder to stop and start again so just "grizzed it out".

"I was thinking that I only had 10 miles to go, then 9 miles, then 8 miles and I counted all the way down knowing that after I had crossed the finish line I could sit down and deal with the problem. The pain was totally different to injuries I had experienced before. 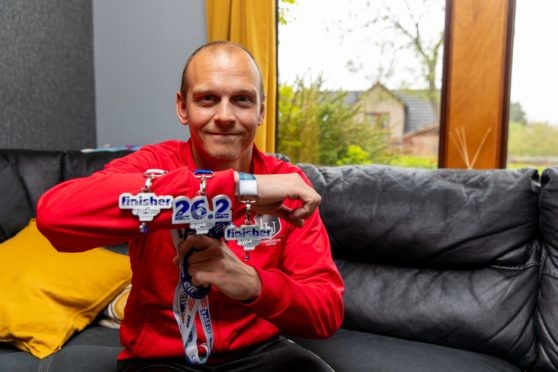 After resting at home in Kelty on Sunday, Mike knew on Monday he would need to get proper treatment to treat what he thought was a tendon problem.

"Running is a big thing for me and I was really looking forward to taking part in my first ultramarathon in July," Mike said. "So I knew I needed to have someone take a look at it and after some poking and prodding from the nurse and an x-ray I was told it was a fracture, likely the result of an early stress fracture.

"I have no idea how I managed to keep going - a mix of determination and adrenaline I reckon. It must have dulled the pain because I tried to make the kids beds and that was harder and more painful than running the marathon!" 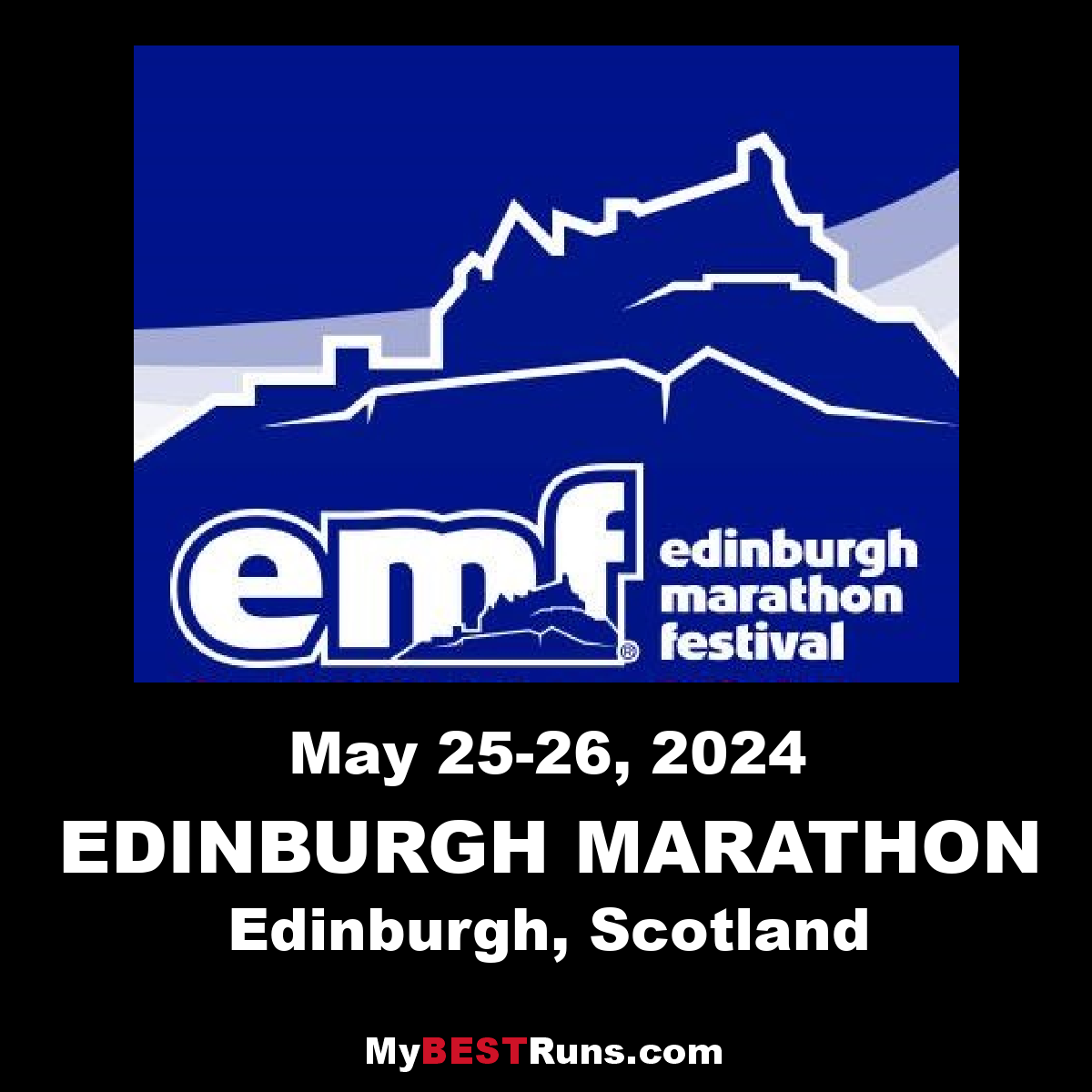 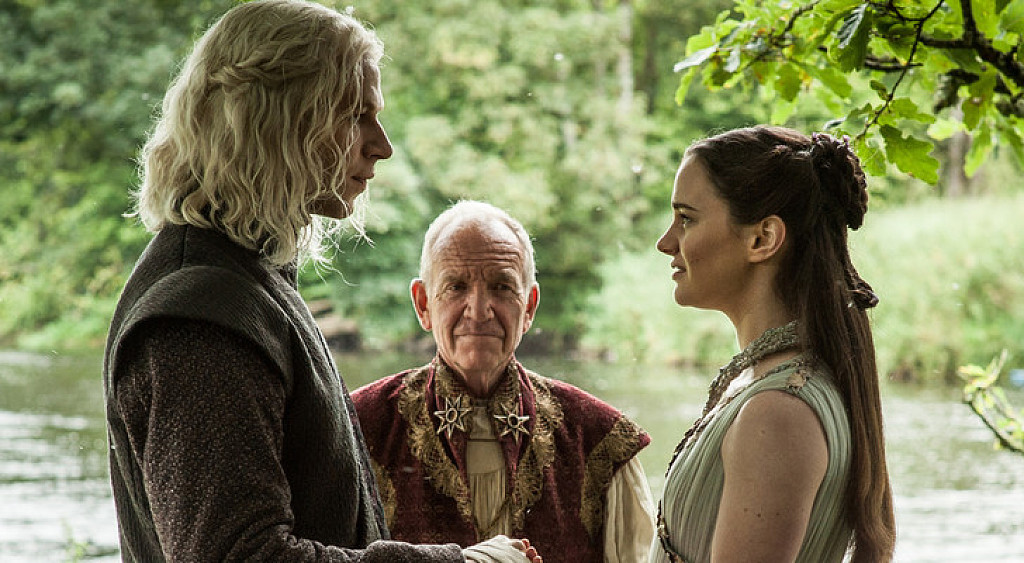 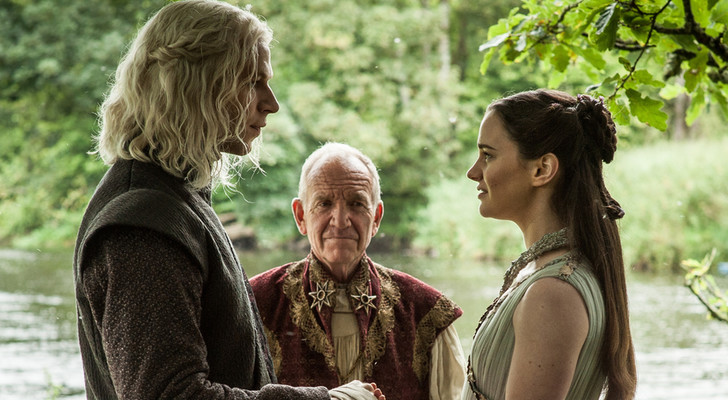 Wilf is known by millions as Rhaegar Targaryen, the character he played in hit TV series Game of Thrones, but on Sunday Wilf Scolding will be taking on the much more likeable role of fundraiser as he runs Edinburgh Marathon on behalf of children’s charity – Mary’s Meals.

The Welsh actor has raised more than £1,000 already for the charity that provides meals for chronically poor children across 18 developing countries around the globe, including Malawi, Zambia, South Sudan, Haiti, India and Zimbabwe.

The 29-year-old was inspired to take on the marathon, despite having never previously ran more than a few miles, after he was gifted The Shed That Fed a Million Children, a book written by Mary’s Meals founder Magnus MacFarlane-Barrow for his birthday. 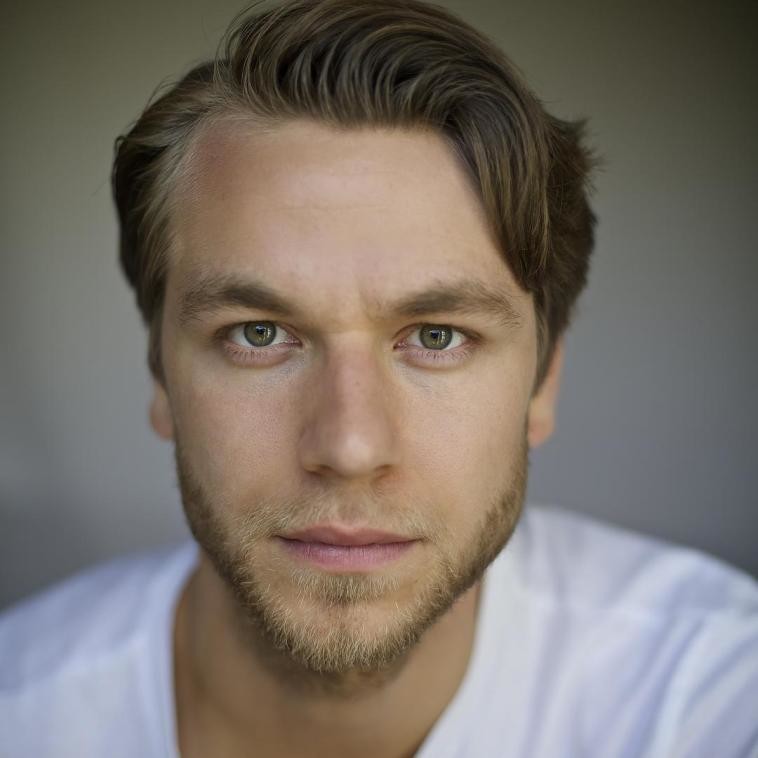 The Game of Thrones actor explained: “It opened my eyes to how lucky I was and how unlucky some people can be.

“They feed just over 1.4 million children in places of education across the world. All too often in developing countries children cannot go to school because they are working alongside their parents to put food on the table.

“They are trapped in this cycle of poverty because they do not have access to an education.

“Mary’s Meals, by providing food in a place of education, breaks this cycle of poverty.

Wilf has utilised his thousands of Twitter followers to raise funds for the charity by continuing to share his training progress as well as his dedication to ending world hunger across his social media platforms. 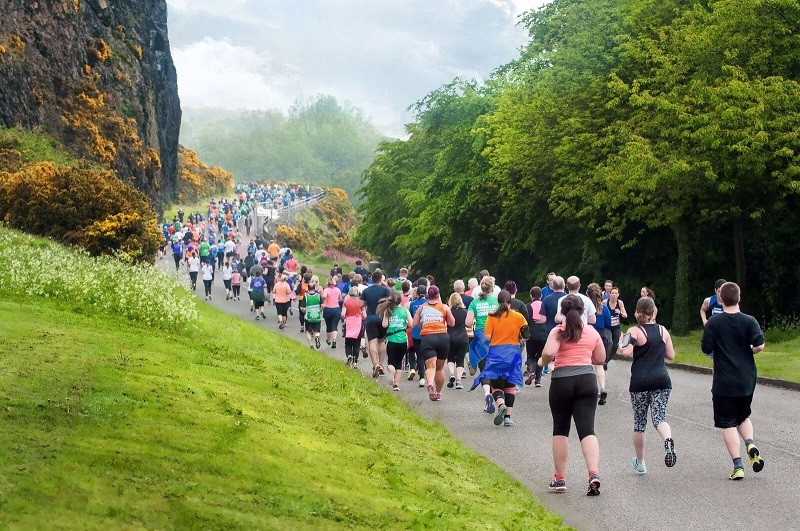 Commenting on Wilf’s efforts, Frank Nelson, Head of Fundraising at Mary’s Meals, said: “We are extremely grateful to Wilf for supporting Mary’s Meals and helping to raise awareness of our charity. We wish him the very best of luck with Sunday’s marathon.

“Our work would not be possible without the generosity of supporters like Wilf who are inspired to make a difference.” 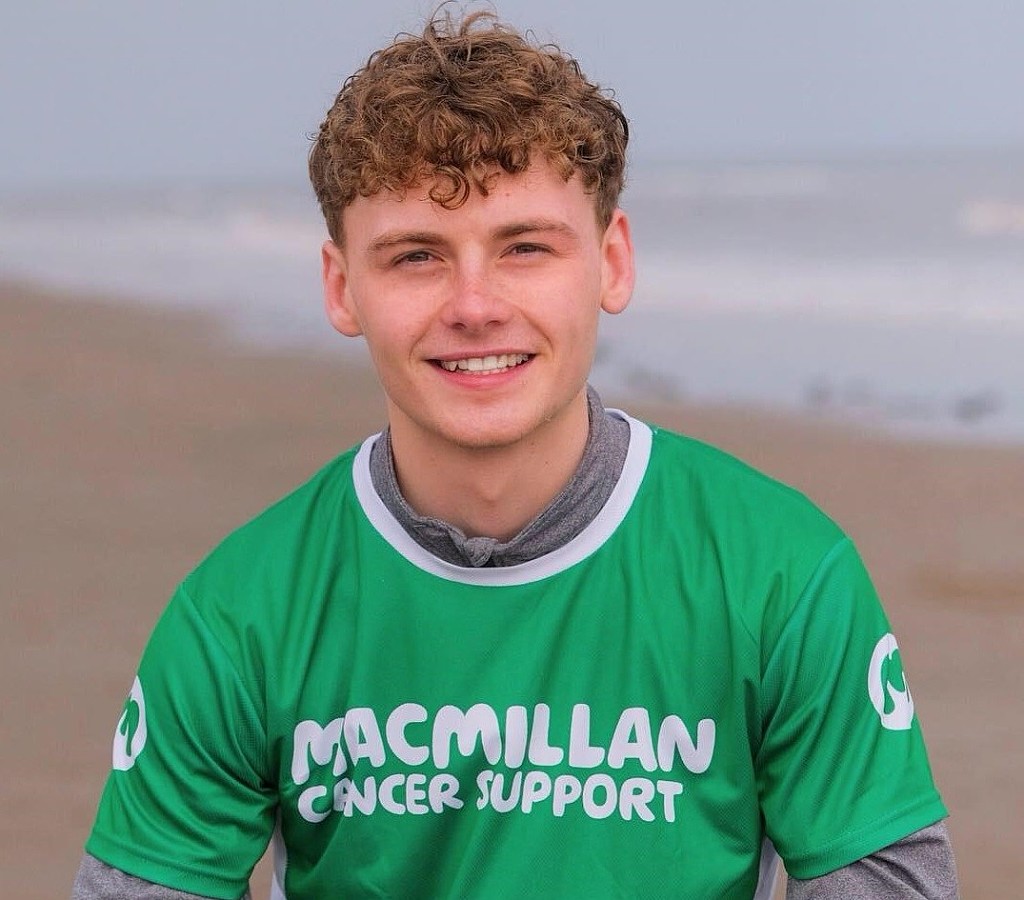 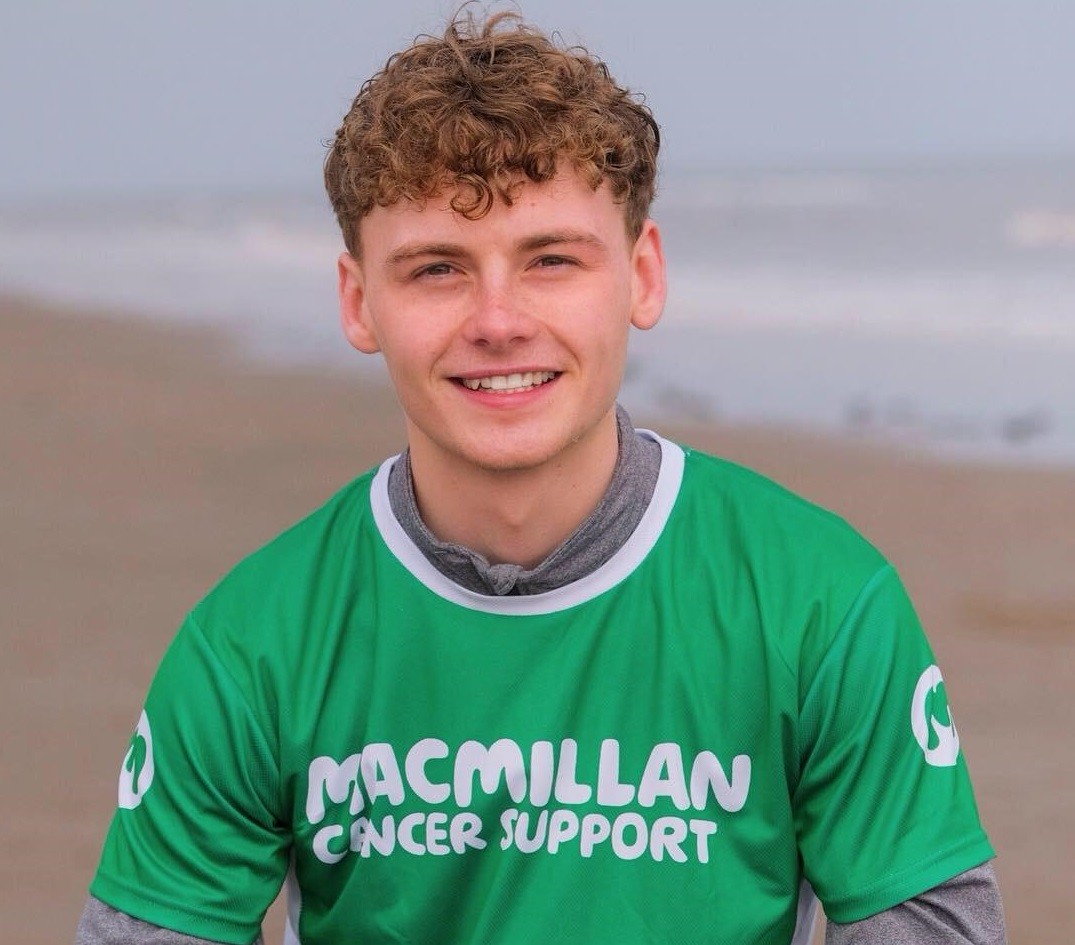 A Scottish man diagnosed with skin cancer at the age of 16 is preparing to run in his first marathon alongside touring the country giving talks in schools about the illness.

Jack Brodie will raise funds for Macmillan Cancer Support by running in the Edinburgh Marathon Festival on 26 May.

The 21-year-old from Edinburgh was originally given the life-changing diagnosis as he was “trying to make my sixth and final year of school some sort of success”.

However, after a successful operation and subsequent treatment Jack was told that he was finally cancer-free. 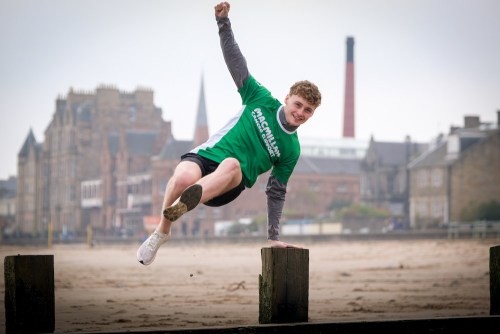 “For me, the days with cancer will never end and I will always be attached to it in some way, or another,” he said.

“I still remember the beige walls in the doctor’s office when I was given the gut-wrenching diagnosis. Macmillan were there with every step of the way from my diagnosis and I maintain being friends with my Macmillan nurse.

“My diagnosis completely changed my life and the lives of those around me.

“Having seen the effect the disease has, I’ll be running for the others affected by cancer.”

Jack has written a moving blog account of his experience called ‘War Wounds: what it’s like to be 16 and told you have cancer’, in which he lays bare the experience. 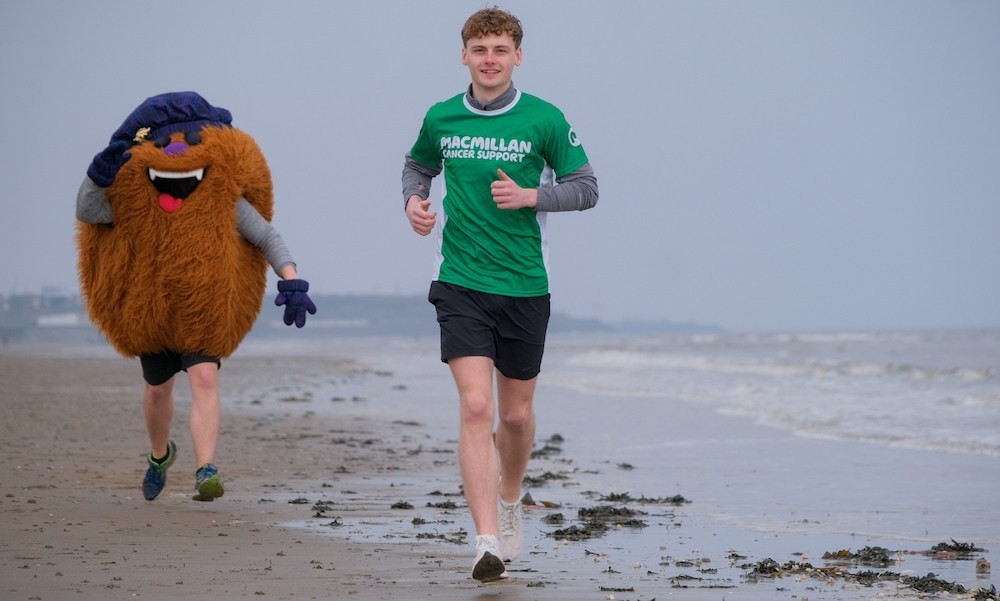 The Edinburgh Marathon Festival is Scotland’s largest running event and will involve thousands of runners putting on their running shoes in the Scottish capital and covering 26.2 miles.

Last year Macmillan raised more than £580,000 in the one weekend as thousands of runners put on the green Macmillan T-shirt.

Michelle Campbell, fundraising manager in Scotland for Macmillan Cancer Support, said: “We’re so grateful to all our runners taking on the Edinburgh Marathon challenge and wish them the best of luck for race day. 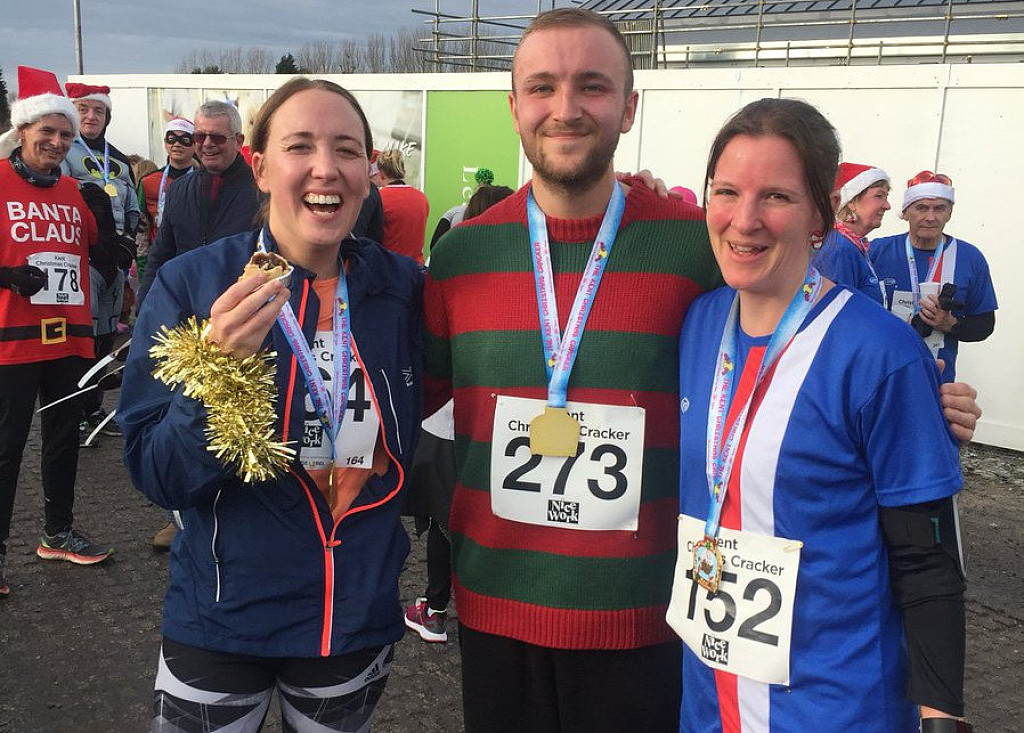 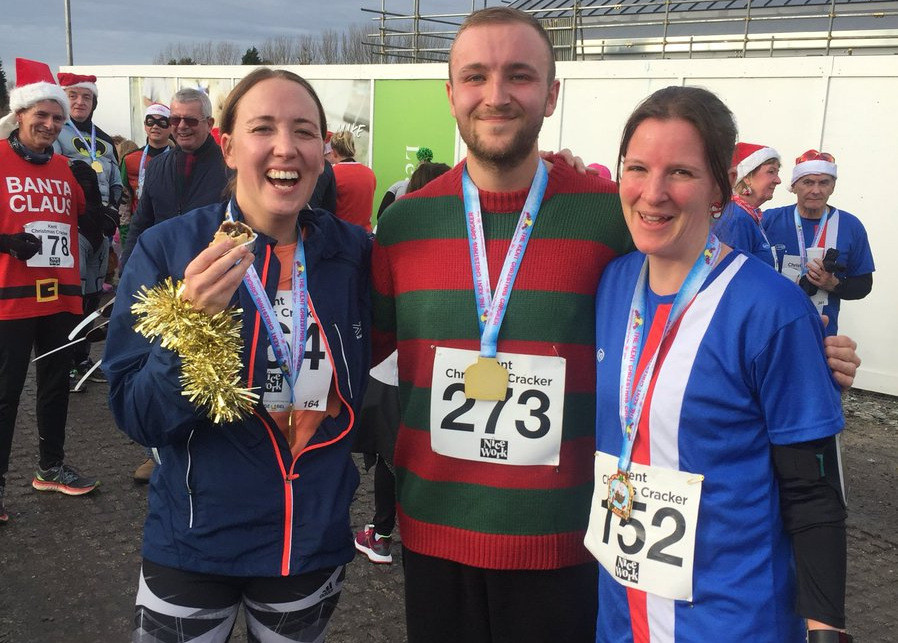 Peter Redwood-Smith, 23, is spreading awareness for a number of causes by running 52 races in 52 weeks, was just five miles into the gruelling course when disaster struck. But Peter was determined to keep going as he bid to raise cash for a number of good causes. Peter, who travelled to Edinburgh (UK) from Essex, said he was in terrible pain as he hobbled around the Edinburgh Marathon course. And it’s all part of his epic challenge to run 52 races in 52 weeks for charity. Despite being one of the last to finish, Peter is still hugely proud of his achievement. "I’m running fifty two races in fifty two weeks fundraising and spreading awareness for many great causes. “I travelled over 400 miles on Saturday from Rayleigh Essex to Edinburgh to take part in the marathon on Sunday. “The Edinburgh Marathon was the 28th race in my challenge, but I messed up my knee the week prior to the race. “While the sensible thing would’ve been pulling out of the race, I was determined to run it and support Glasgow Children’s Hospital in the process.” (05/30/2018) ⚡AMP 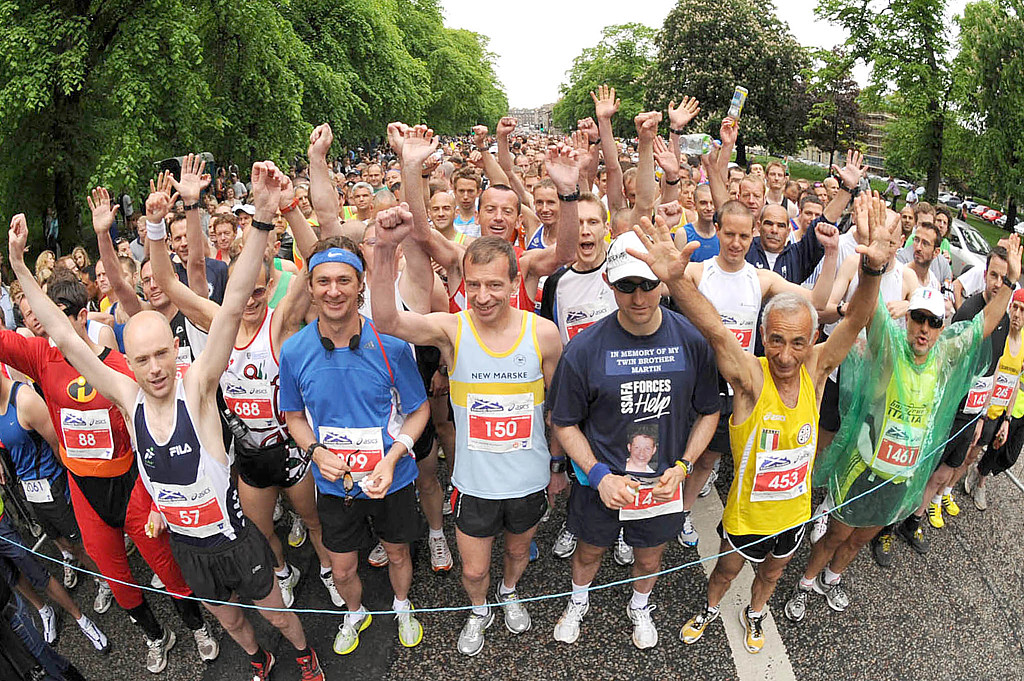 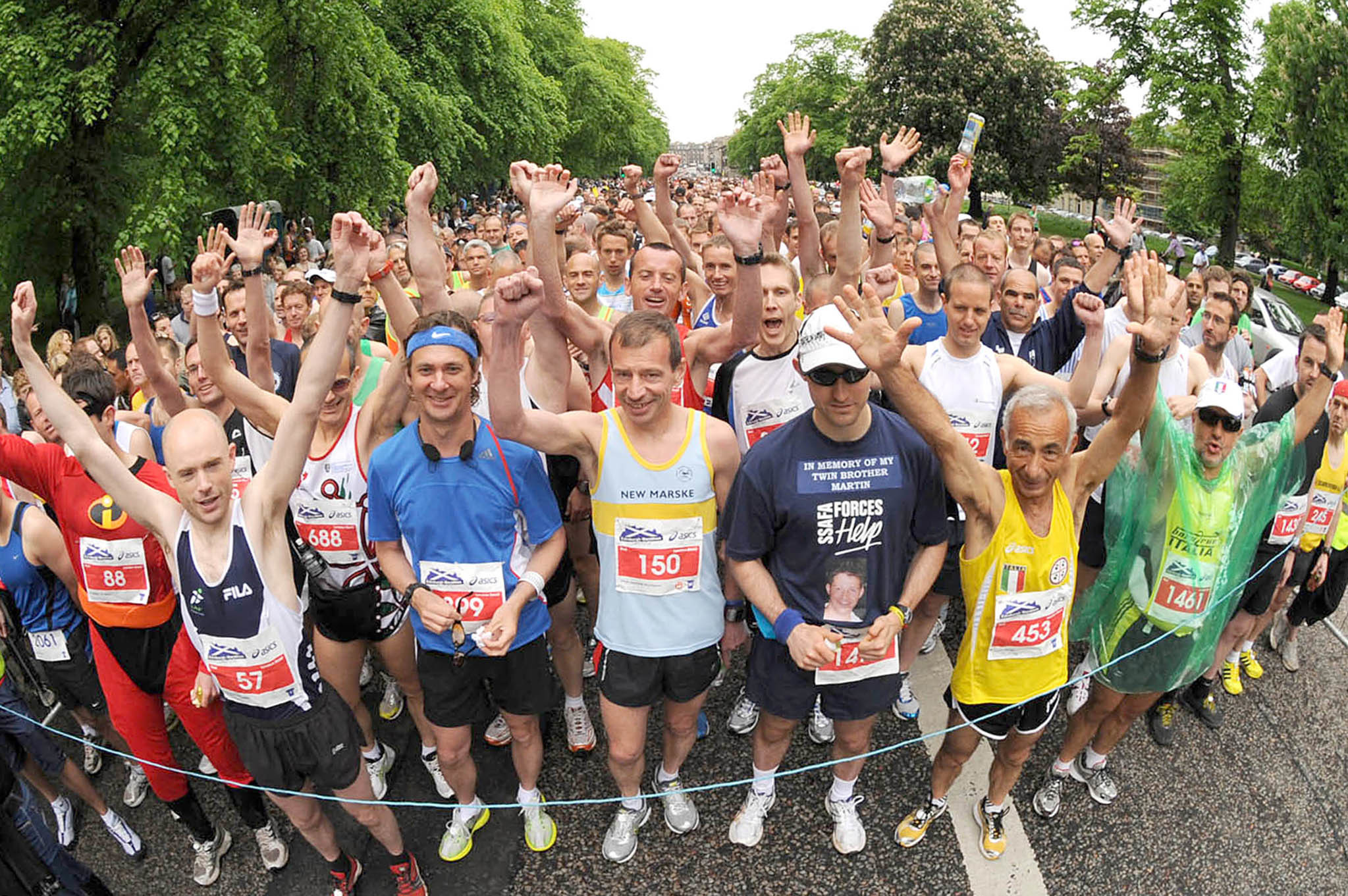 Many of us will begin 2018 by setting goals for the year ahead – why not add a marathon with great PB potential to that list? Edinburgh Marathon (27 May) is one of the biggest and best the UK has to offer - standard entries, which are set to sell out for the 10th successive year close at midnight on Sunday 7 January. The flat and fast course makes Edinburgh perfect for a PB. That, teamed with picturesque views and friendly Scottish support, makes Edinburgh a great marathon choice. (01/04/2018) ⚡AMP