“Last year's virtual event participation showed us just how much people love this event,” said Brian Katze, Race Director. “We can't wait to welcome everyone back to the start line for this year’s One GREAT Weekend.” 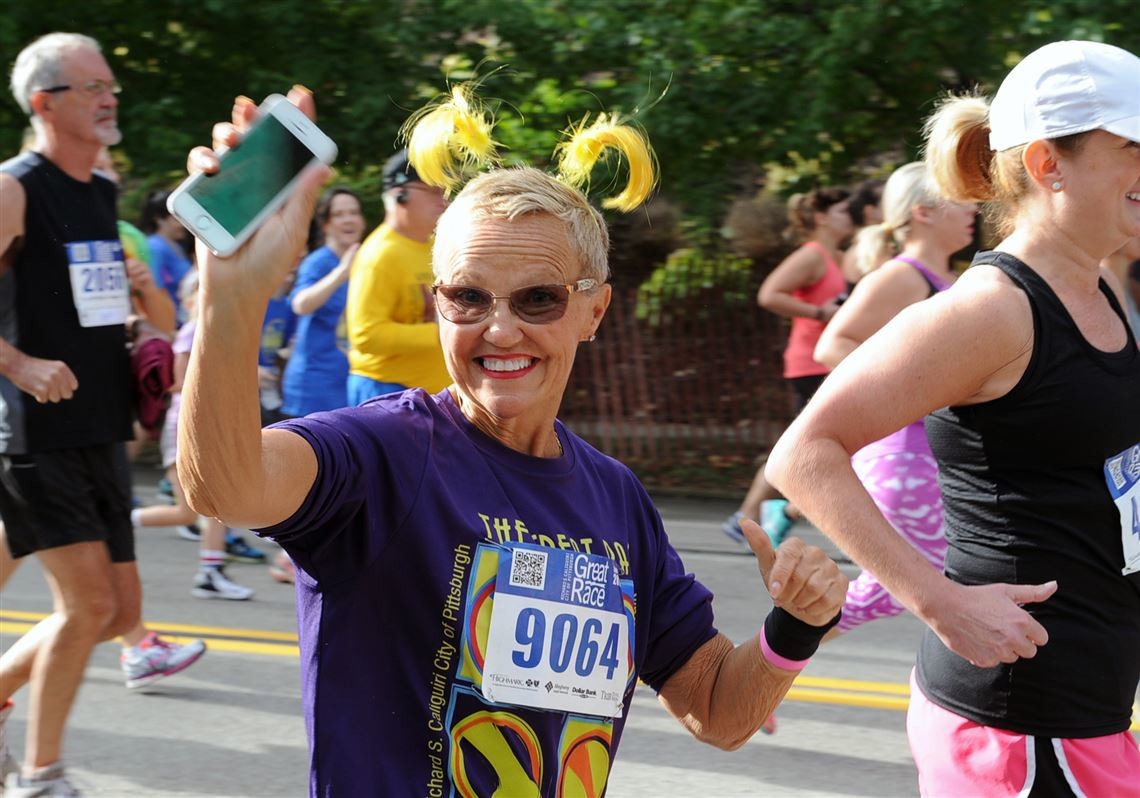 With a 10K, 5K, One Mile Family Fun Run, Tot Trot and Diaper Dash race options, there is an event for everyone in the whole family. Registration for the 5K and 10K opens at $30 while the Junior Great Race events are $10. All participants will receive a race shirt and medal for their accomplishments. 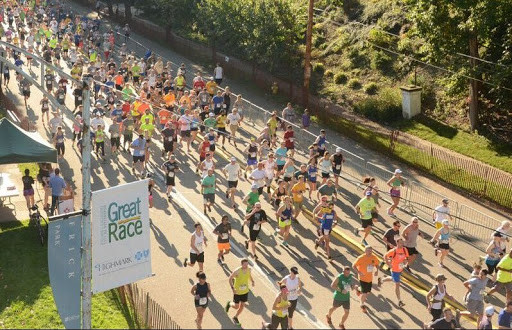 Each year, the Great Race donates $1 from every Great Race and Junior Great Race registration to the Richard S. Caliguiri Amyloidosis Fund, a fund held by the Pittsburgh Foundation that is dedicated to supporting medical research.

For the fifth year in a row, the City of Pittsburgh will partner with P3R, the engine behind Pittsburgh’s greatest races including the DICK’S Sporting Goods Pittsburgh Marathon, to produce the 2021 weekend of events. The Richard S. Caliguiri City of Pittsburgh Great Race is the largest 10K in Pennsylvania and continues to grow.

About the Richard S. Caliguiri City of Pittsburgh Great Race

Each year on the last Sunday of September, the starting gun sounds for a world-class road race that has become a true Pittsburgh tradition for the past 40 years. The Great Race – established as a 10K race by the late Mayor Richard S. Caliguiri – has attracted nearly a half million participants since 1977. Over the years, this popular fall fitness classic has grown to include a 5K run/walk, running clinic, two-day expo and children’s race. For more information about the Richard S. Caliguiri City of Pittsburgh Great Race, visit www.RunGreatRace.com 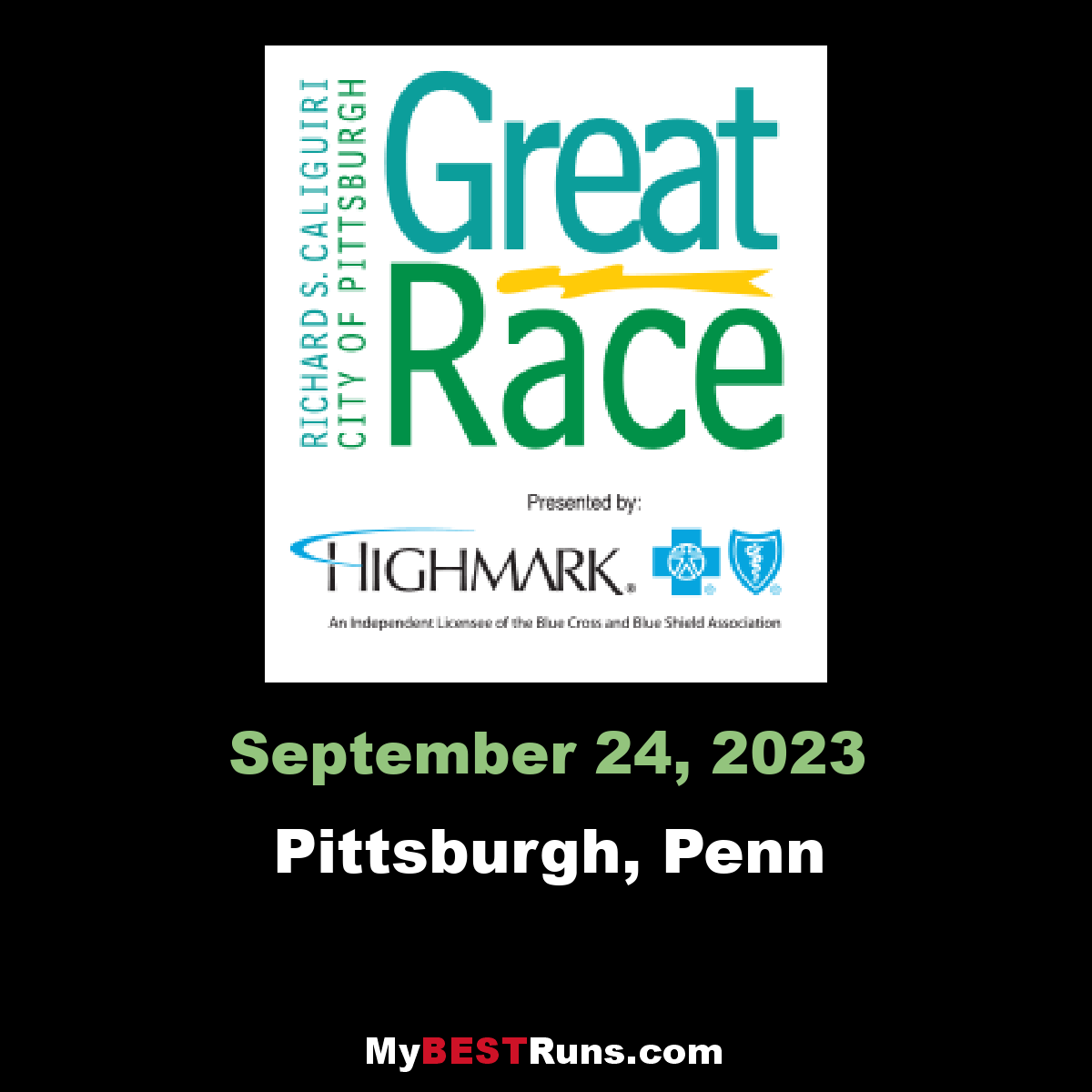 In 1977 Mayor Richard S. Caliguiri established The Great Race as a community “fun run.” Eleven years later, Mayor Caliguiri died of amyloidosis, a rare protein disorder in which one or more organ systems in the body accumulate deposits of abnormal proteins known as amyloid. Each year The Great Race donates $1 from every Great Race and Junior Great Race... 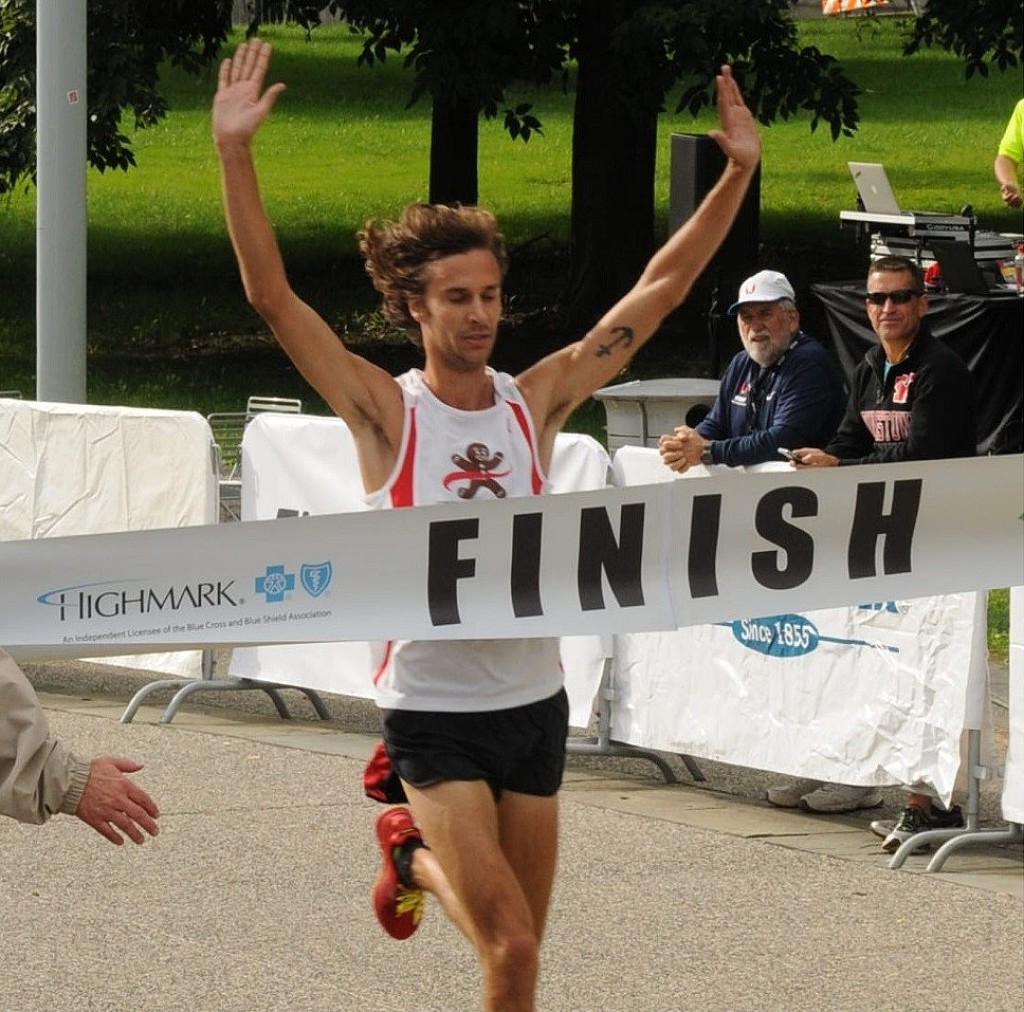 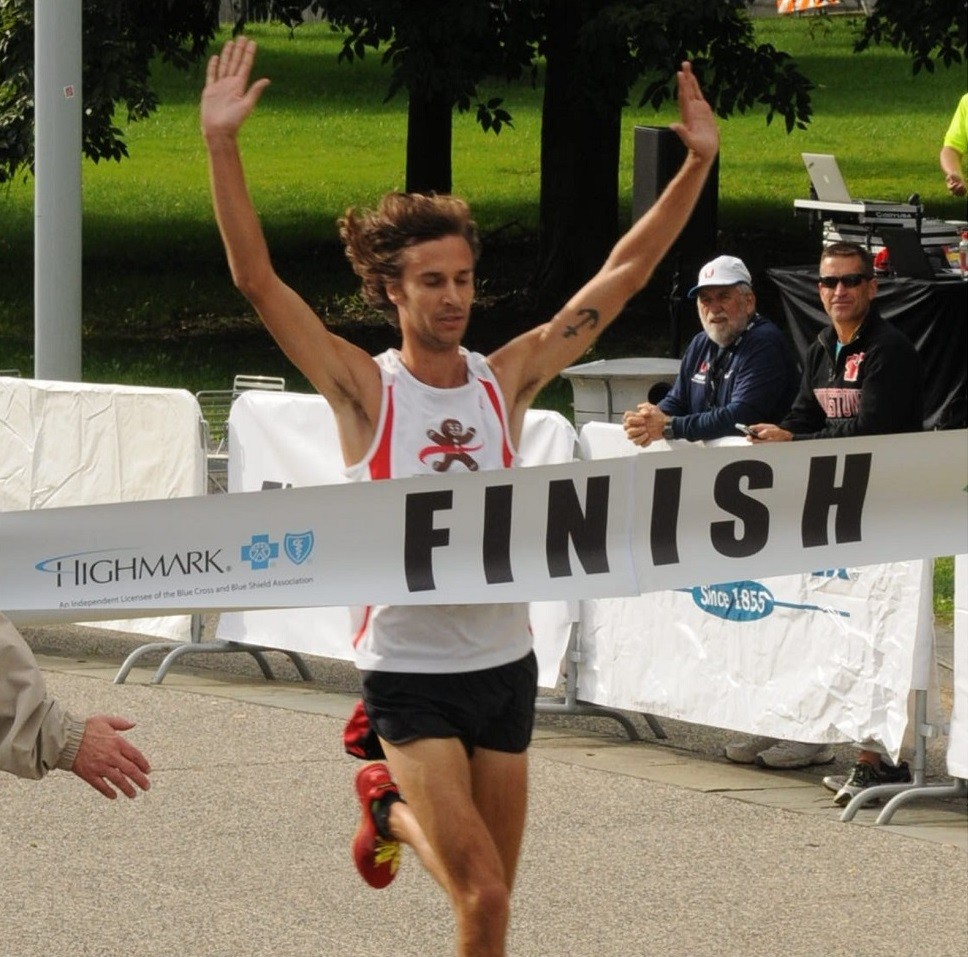 At the 41st running of the Richard S. Caliguiri City of Pittsburgh Great Race, two-time winner Jim Spisak, 27, from Pittsburgh and Samantha Bower, 28, from Greensburg, PA were the 10K champions in 28:16 and 35:31, respectively. In the 5K race, Kenny Goodfellow, 29, from Oakmont, PA, and Lisa Burnett, 35, of Chagrin Falls, OH, took the titles in 15:17 and 17:20, respectively. Spisak, who also won the Great Race in 2013 and 2014, took the lead early on and continued to widen the gap as he neared the finish line, beating second- and third-place finishers Max Petrosky and Alex Archer by more than three minutes. The three-time race champion was living and training with NE Distance in Providence, RI, for the past three years but recently returned to Pittsburgh to serve as the cross county coach at Point Park University. “I wasn’t aiming for a certain time today, but the weather was about as good as you could hope for. And it’s a good course to run fast on because it’s mostly downhill,” said Spisak. “I came out faster during that first mile than I thought, and I ended up running so well that I set a new 10K personal record.” But the race wasn’t just special because of his great performance. (10/01/2018) Views: 1,090 ⚡AMP 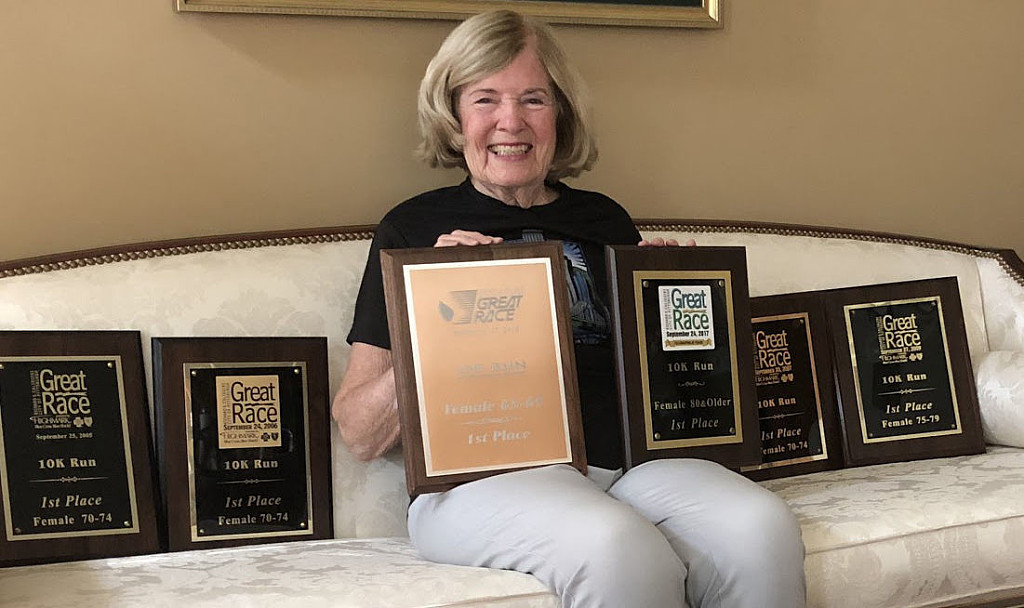 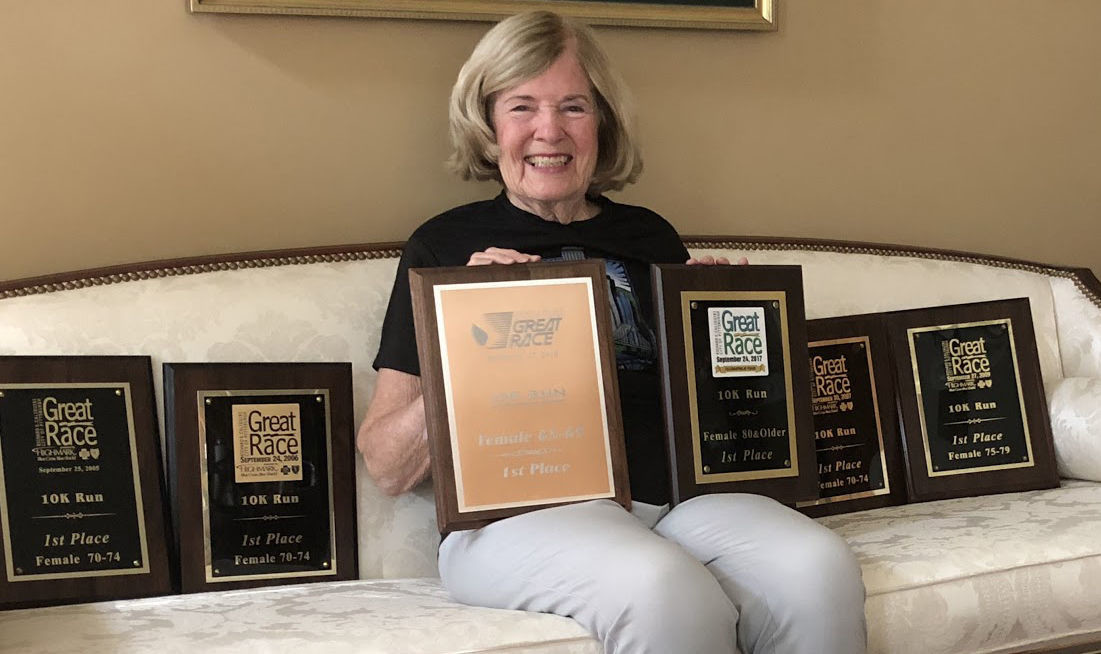 Ruth Black started running in the late 1960s to keep healthy and stay fit.  For this Sunday, Sept. 30, Black will participate in her 38th Great Race. In 1980, at age 47, she competed in her first 10-kilometer run.“The Great Race was an instant favorite,” she said of that first foray into competitive running. “I loved jogging through the city streets, passing through the outskirts and into Oakland, then the excitement of cresting the last hill and seeing Pittsburgh spread out below, with one more mile to go before the end of the race,” she said describing the 6.2-mile course. Now, at age 85, she dominates the distance even though her times have slowed since her first races. Black is a safe bet to take home a prize. In 37 previous runs, she has received 18 total awards for first, second and third places in her division. “Not a bad batting average,” she said. “The nice thing about getting older is that there are fewer runners in your age group. I tell my friends, all you have to do is keep running until there are only a few in your age group. You’ll get a plaque every time.” About eight weeks out, she starts training. She will run Monday through Saturday and chart her distances and where she ran. Come race day, she is ready. “It isn’t always a breeze,” she said, noting that last year’s run was one of the most difficult because of the heat and humidity. “It was unbelievable,” she recalled. “People were passing out along the route. I’m a stubborn runner and under normal circumstances I don’t take a break even for water but last year I had to.” (09/25/2018) Views: 1,396 ⚡AMP