The 35th Anniversary edition of Army Ten-Miler is this Sunday

The 35th Anniversary edition of Army Ten-Miler (ATM) is this Sunday, Oct. 13 at 8:00 a.m. EDT in Washington, DC. The 10-mile road race starts and finishes at the Pentagon, traversing a scenic course that takes the 35,000 runners through downtown Washington, D.C.

Race Weekend officially kicks off this Friday, Oct. 11 with the ATM Expo presented by Navy Federal Credit Union (NFCU), at the DC Armory (2001 E. Capitol St., SE), offering deals on clothing, shoes, accessories and other health and fitness items. All runners must collect their bib and race packet at packet pick-up which takes place during the ATM Expo. There is no packet pick-up on Sunday/race day.

Free and open to the public, the ATM Expo highlights include Interactive Military Displays, presented by the U.S. Army Special Operations Recruiting Battalion (SORB) booth and on the lawn outside of the DC Armory. 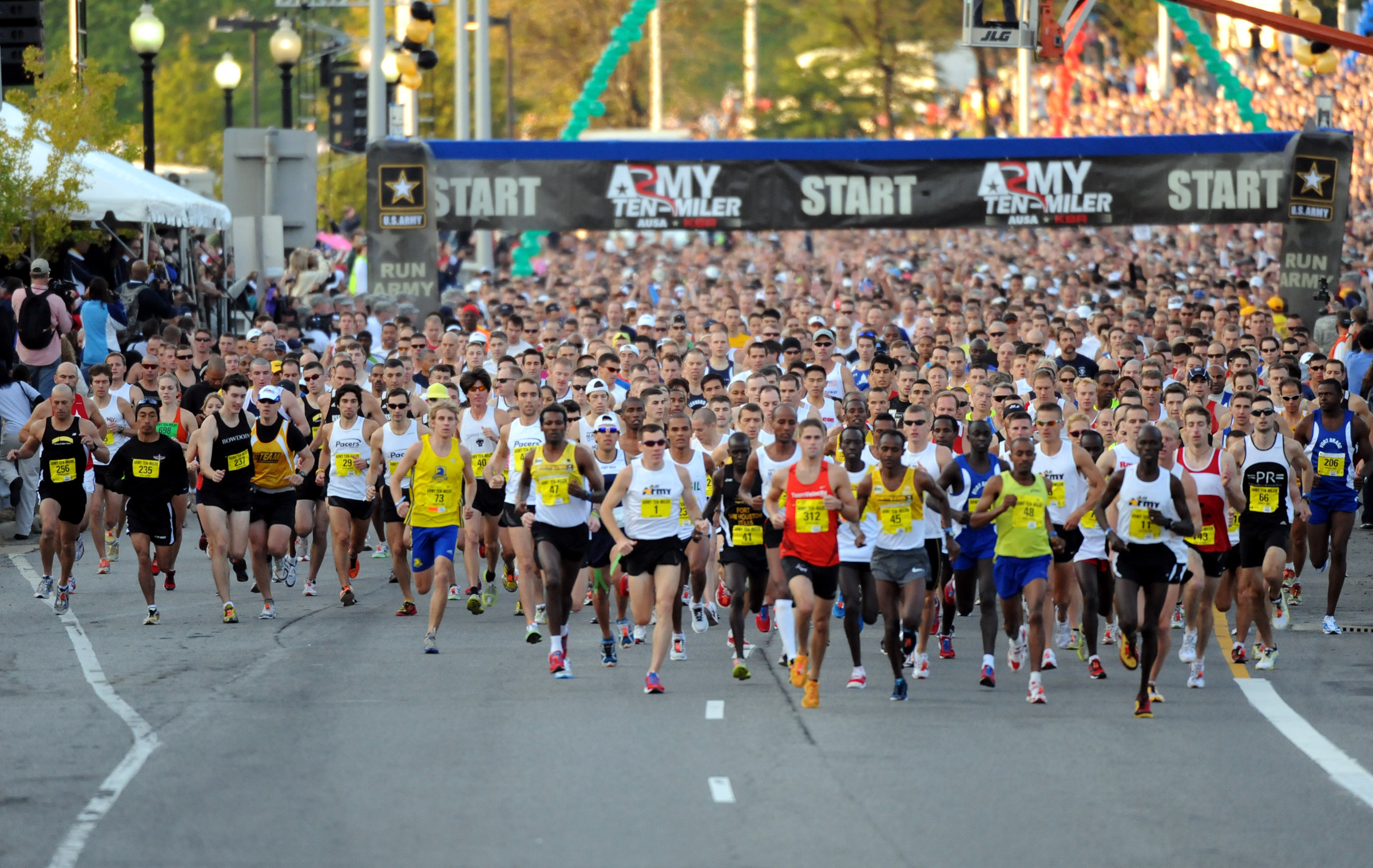 SORB displays will feature the debut of ARMYCON’s live eSport gaming tournament, helicopters, 18-foot simulator trailer, Special Operations equipment and more. Open from 10 a.m. until 6 p.m. on Oct. 11-12, the Expo is accessible by Metrorail, taking the Blue, Orange or Silver Line and exiting at the Stadium/Armory Station, or, by car, park for free in Lot 3 at the Armory. U.S. Military or Civilians with CAC/USID may access the Expo at 8:30 a.m. both days. 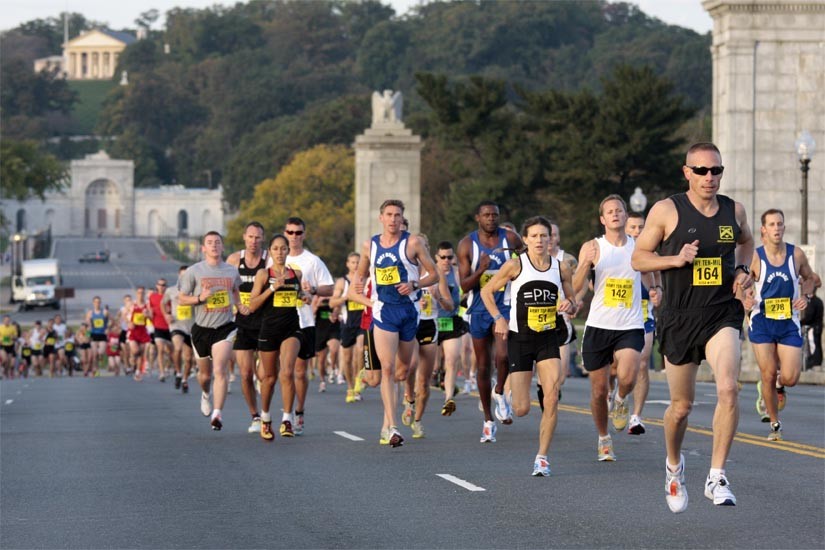 The Washington Metropolitan Area Transit Authority (WMATA) will open Metrorail one hour early, at 7:00 a.m., on race day. Runners and spectators are advised to utilize the Trip Planner function at www.wmata.com to plan their trip to the Pentagon City Metro Station. 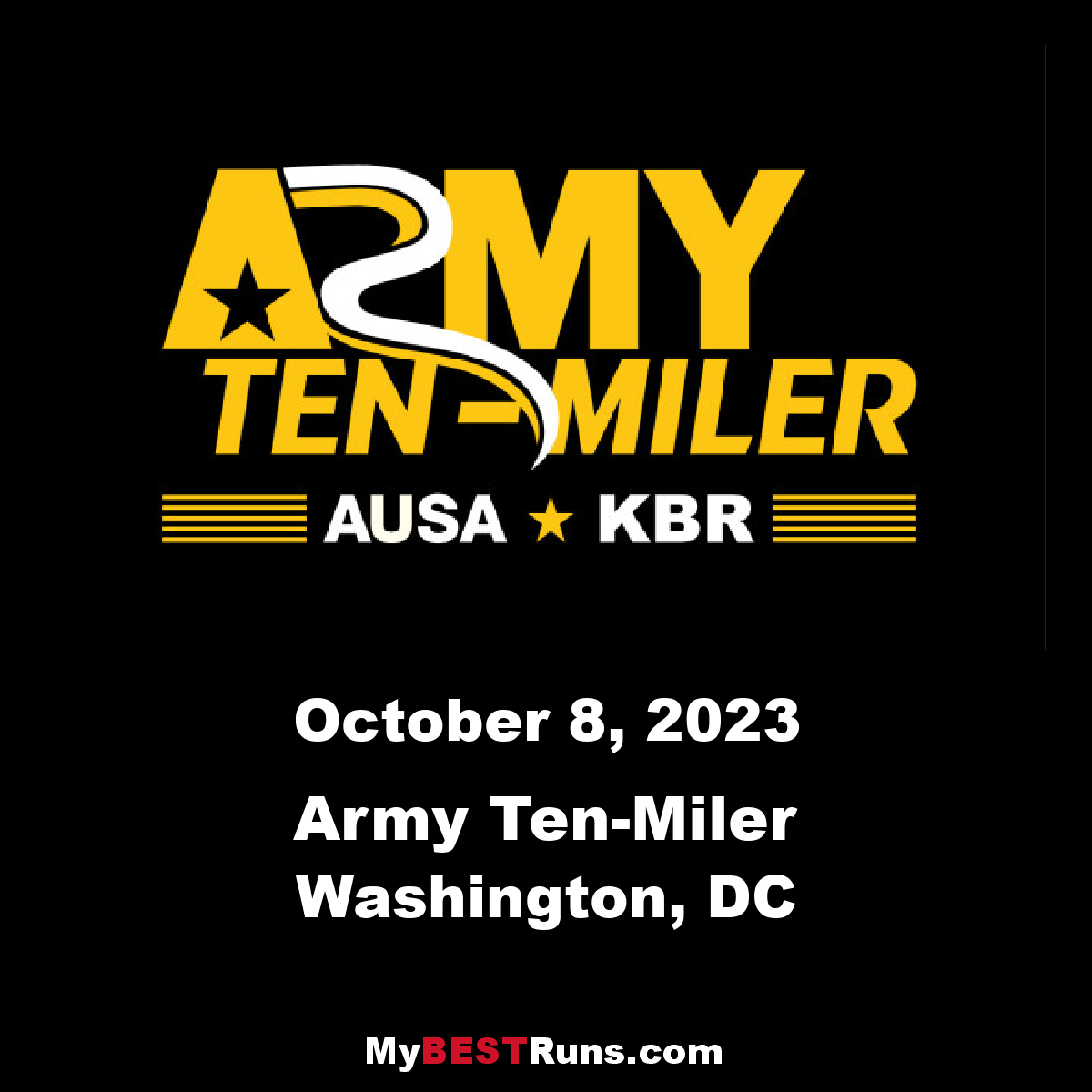 The Army Ten-Miler is the second largest ten-mile race in the United States. It is held every October in Arlington, VA and Washington, DC, sponsored by the U.S. Army Military. Each year tens of thousands of runners and spectators come to Washington, DC to join in this race classic. The Army Ten-Miler proceeds support Army Morale, Welfare and Recreation, a... 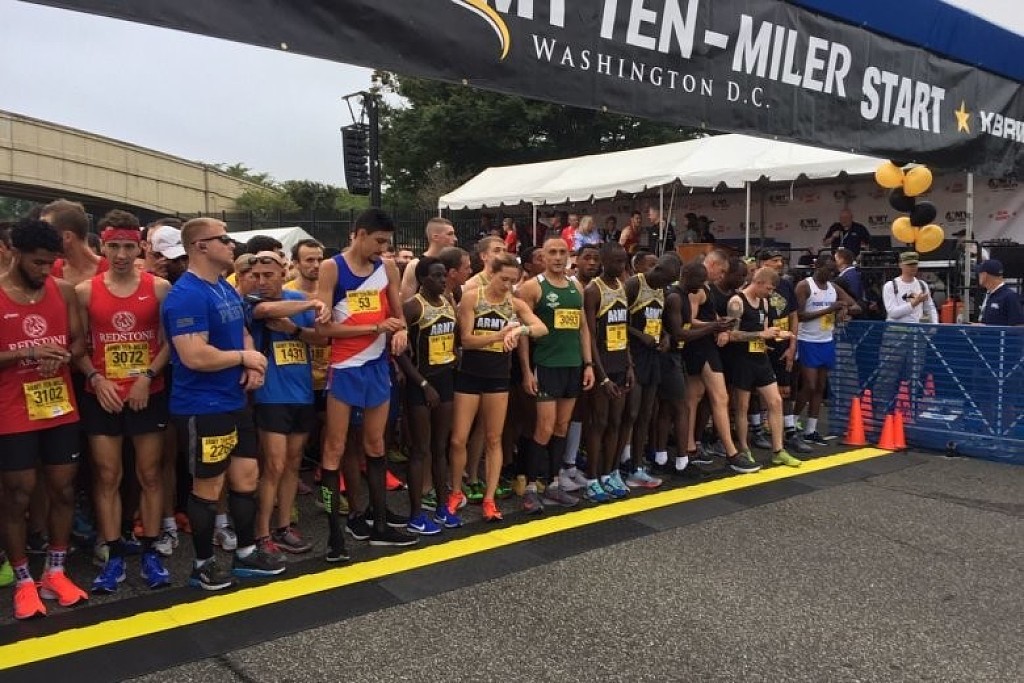 Roughly 35,000 people were up bright and early Sunday outside the Pentagon, ready to run the 34th annual Army Ten-Miler. The race draws people from all 50 states as well as those from other countries who want to run from the Pentagon into D.C. and back again. Runners took off promptly at 8 a.m. as a cannon fired in the distance. The last waves of runners were still waiting for their turn to start as the fastest elite runners made their way across the finish line. Frankline Tonui was this year’s winner, crossing the finish line in a time of 50:23. Right on the heels of the soldier stationed at Fort Sam Houston in Texas was Evans Kirwa, who is also stationed there. Seven seconds behind them, Girma Mecheso finished in third place. Susan Tonui was the fastest woman, finishing in 56:33. In second place was Julia Roman-Duval of Columbia, Maryland, at 57:17 and in third was Emily De La Bruyere who finished in 59:07.  Greg Mandeville, 64, of Cumberland, Rhode Island, told wtop why he has been running this for the last ten years. “The challenge, the course, the athletes, the city, everything,” he said when asked what he liked about this particular race. “This is one of my favorite races.” (10/07/2018) Views: 1,195 ⚡AMP