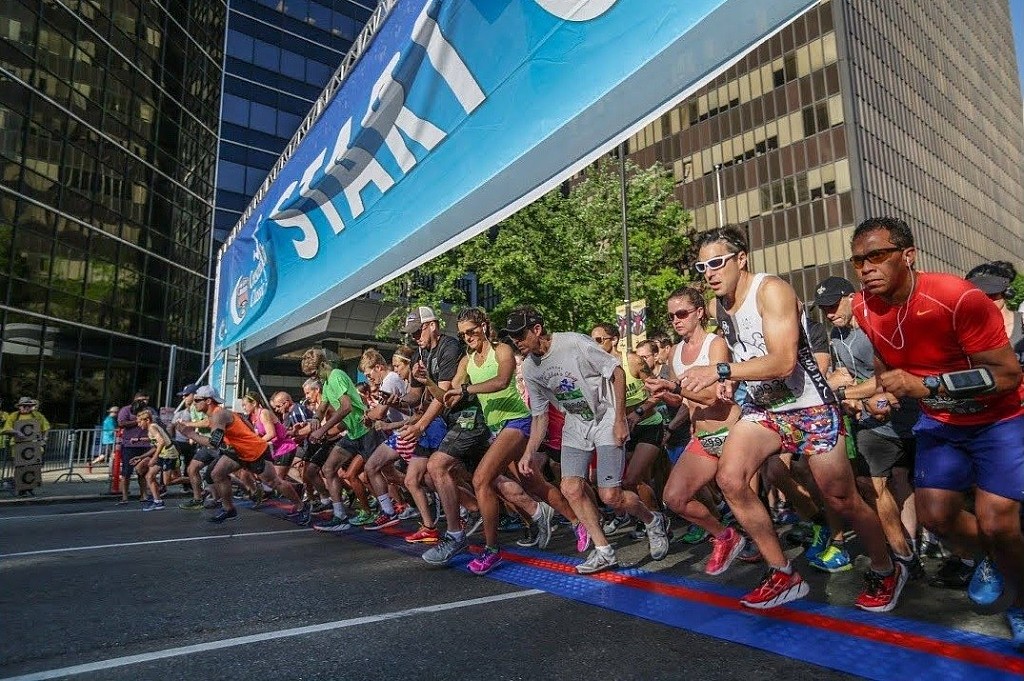 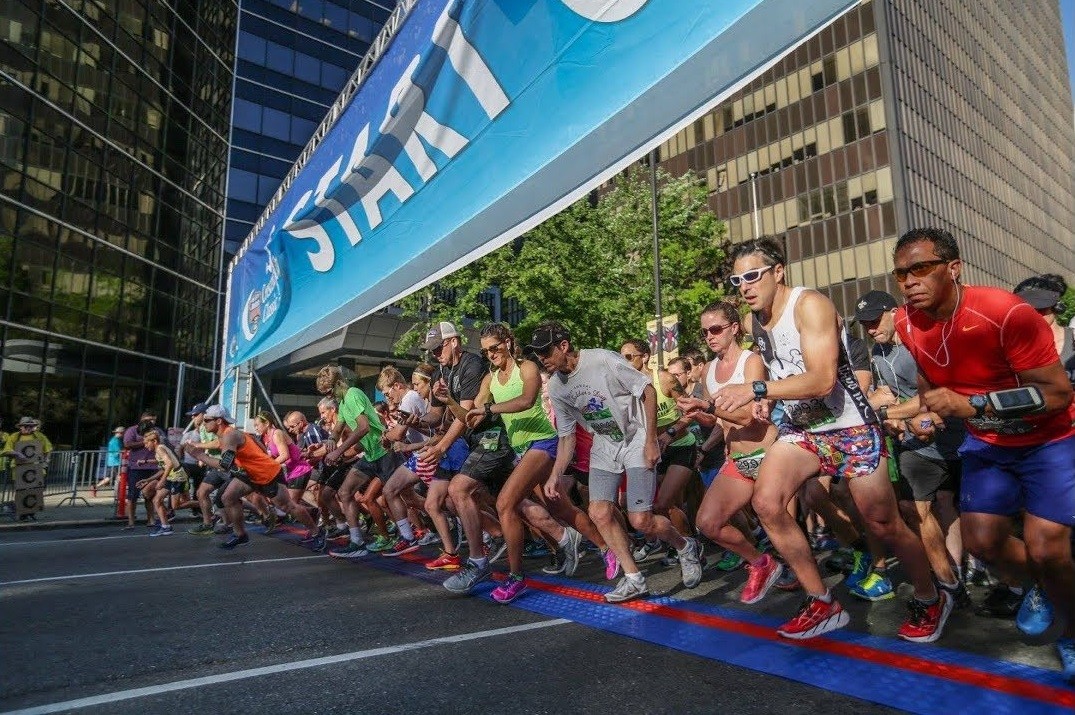 With the 41st run of the Allstate Sugar Bowl Crescent City Classic just a little over six weeks away, officials with the Crescent City Fitness Foundation announced a goal of raising $1 million for local nonprofits.

“The New Orleans community never ceases to amaze us with their generosity when it comes to charitable giving and supporting those in need throughout the area,” said Crescent City Classic Charity Director Hilary Landry. “All we can hope is to continue to outdo ourselves year after year.” 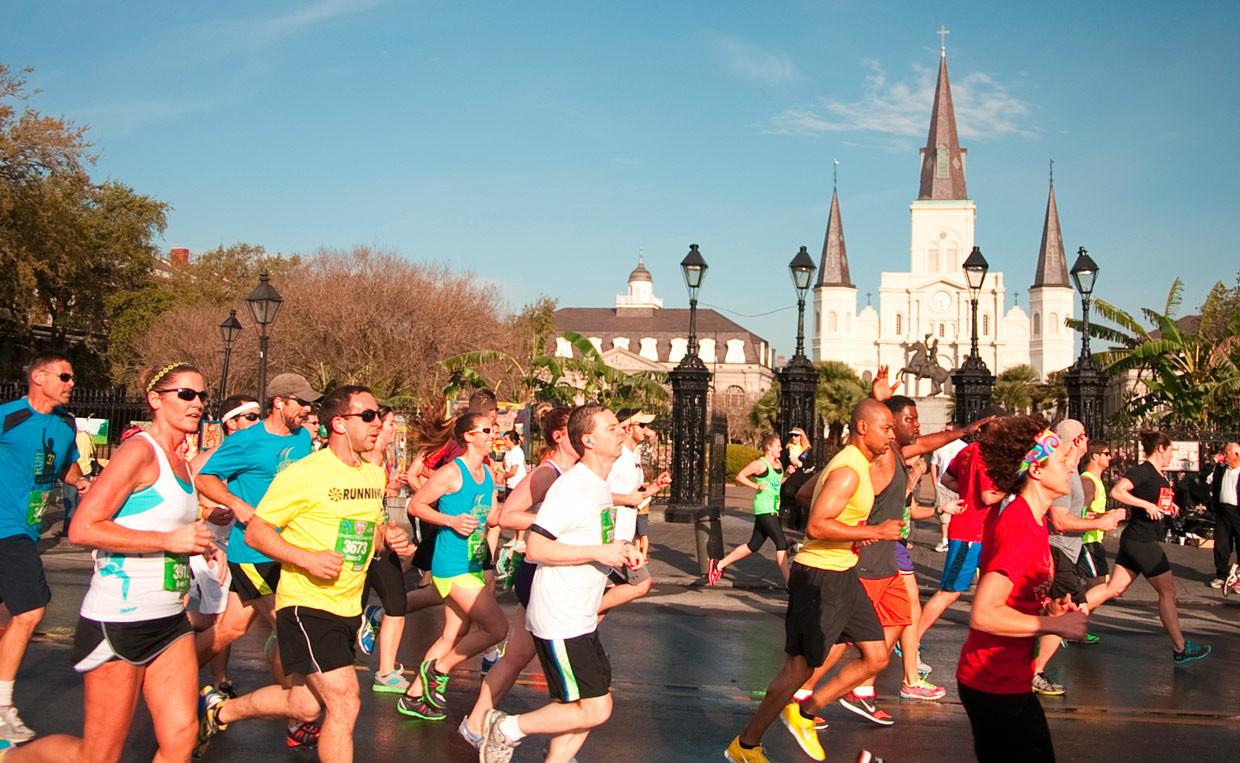 The nonprofit partners recruit and organize teams of 100, 75, 50, or 25 runners and walkers who commit to raising a minimum of $200 for their charity by race day. 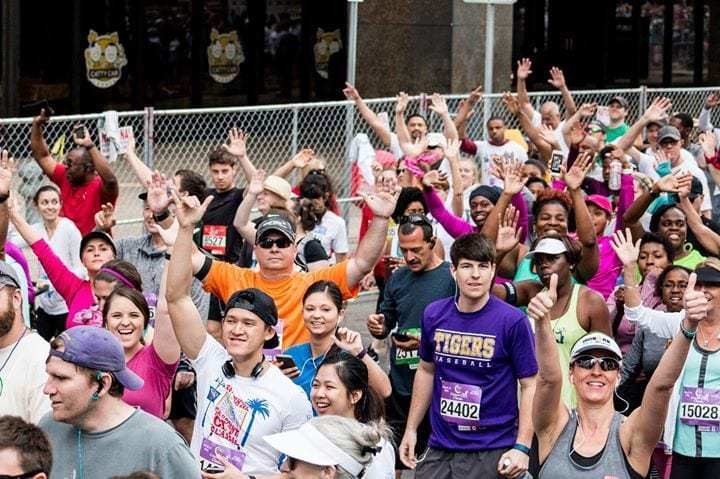 Official charity runners receive various perks and incentives as part of the “RUN FOR IT” program including private party tent access, starting position in the charity corral and personal online fundraising page.

The Allstate Sugar Bowl Crescent City Classic 10k road race, expected to attract almost 25,000 runners and walkers, for its 41st running, will be held Saturday, April 20. The 6.2 mile course begins outside the Mercedes Benz Superdome and runs through the historic French Quarter to City Park where the popular Michelob Ultra Post Race Fest is held. This year’s after party will feature the Phunky Monkeys playing in concert as festival-goers enjoy 227 kegs of draft beer and 43,000 servings of red beans and jambalaya. 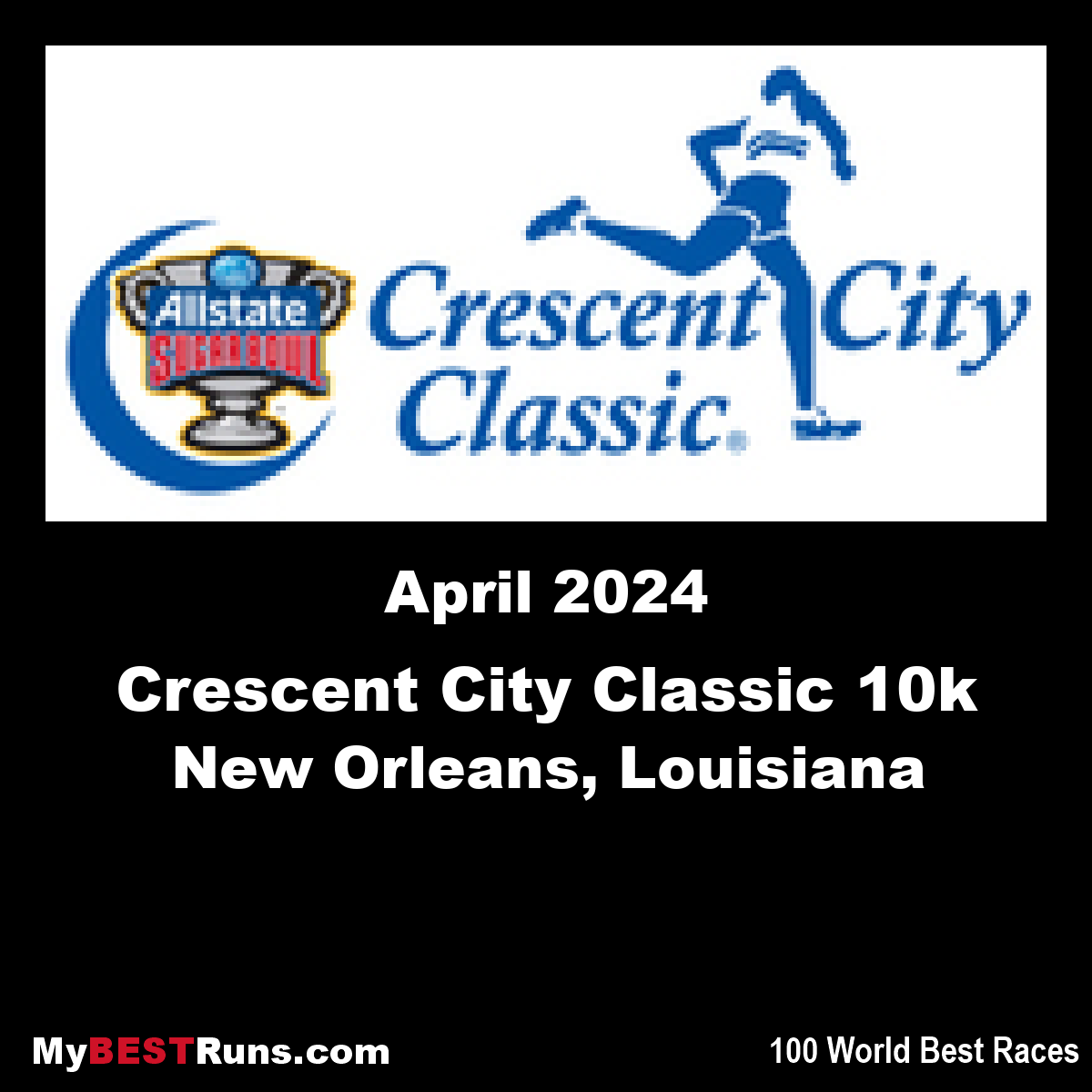 2020 race is cancelled. Virtual race only. Details on their website. The Classic is New Orleans’ (and the region’s) premier 10k road race, and one of the oldest 10k races in the nation. For40 years, it has combined world class competition, amateur participation and great fun for all participants. Starting in 1979 with 902 participants, the All state Sugar Bowl... 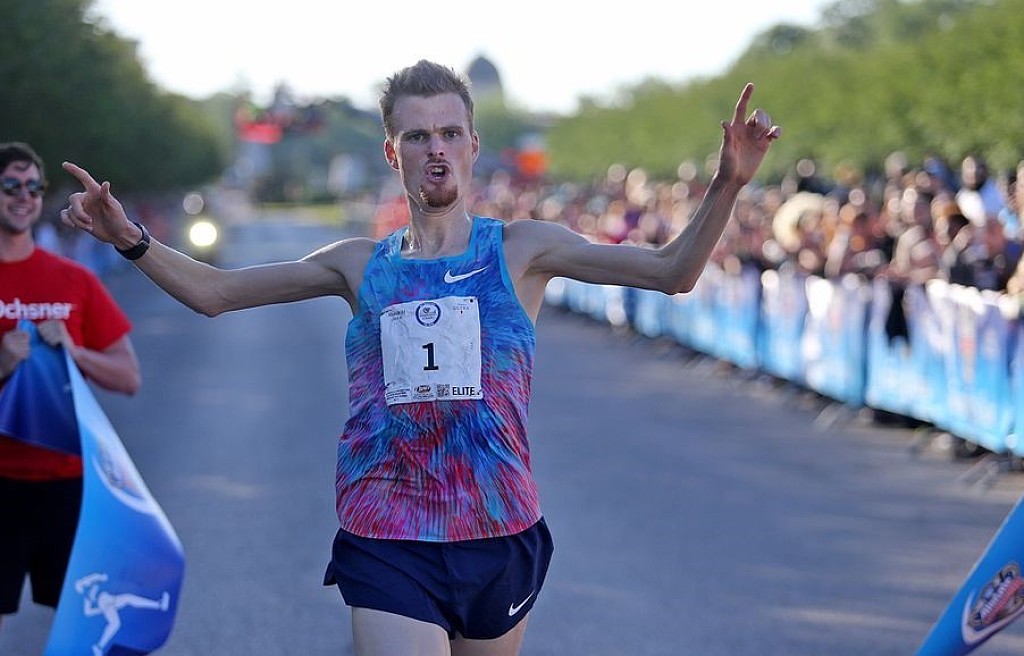 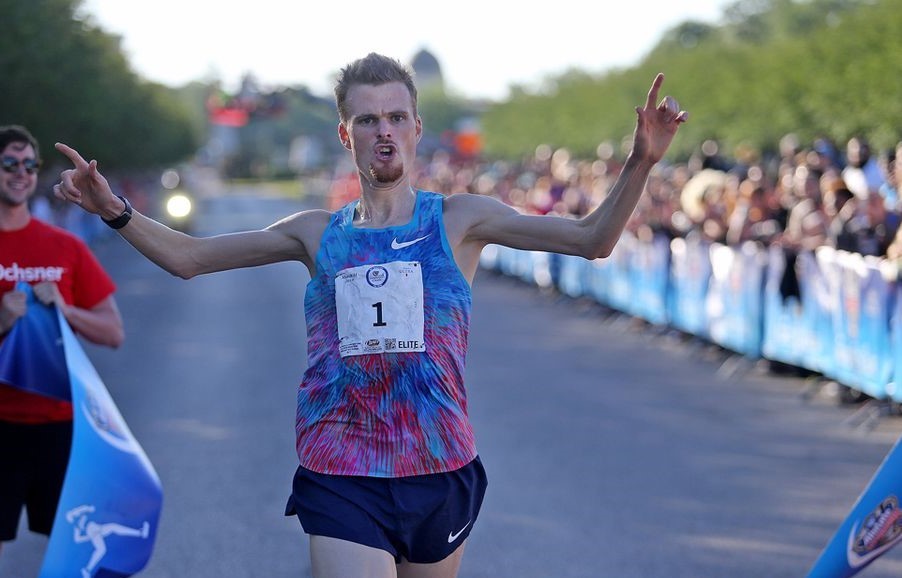 New Zealand’s Jake Robertson, 28, also known as the “white Kenyan” since he has been training in Kenya for ten years, came to New Orleans for one reason.

Jake blew away the field winning by 50 seconds. Edwin Sol was second in 28:18. Jake’s time ties the New Zealand national record in a 10K road race, with his twin brother. "I think it is even more special than breaking my brother's record, so it's cool," he said.

"I'll keep it for one year. I really tried to change my approach today even though it didn't look like it. I did slow down at one point because I wanted to save a little bit more in the last mile. I really want to get that course record, and I keep getting closer every year." 2018 was a huge year for the Crescent City Classic as it marks the 40th anniversary. 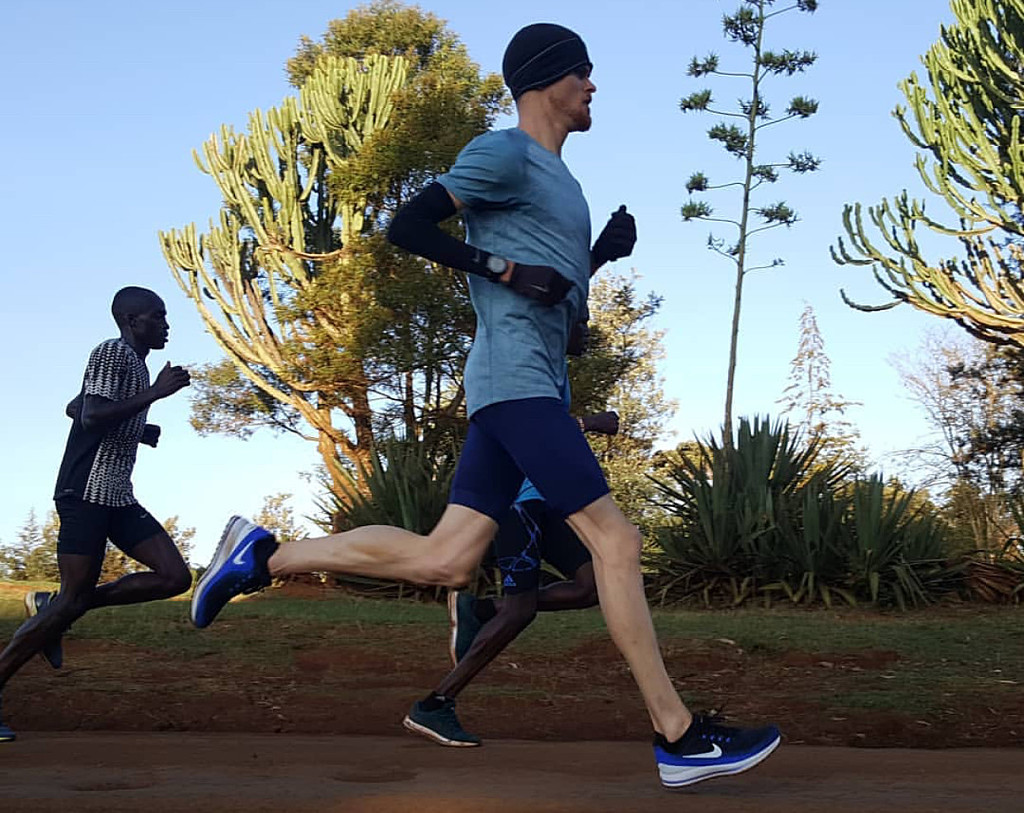 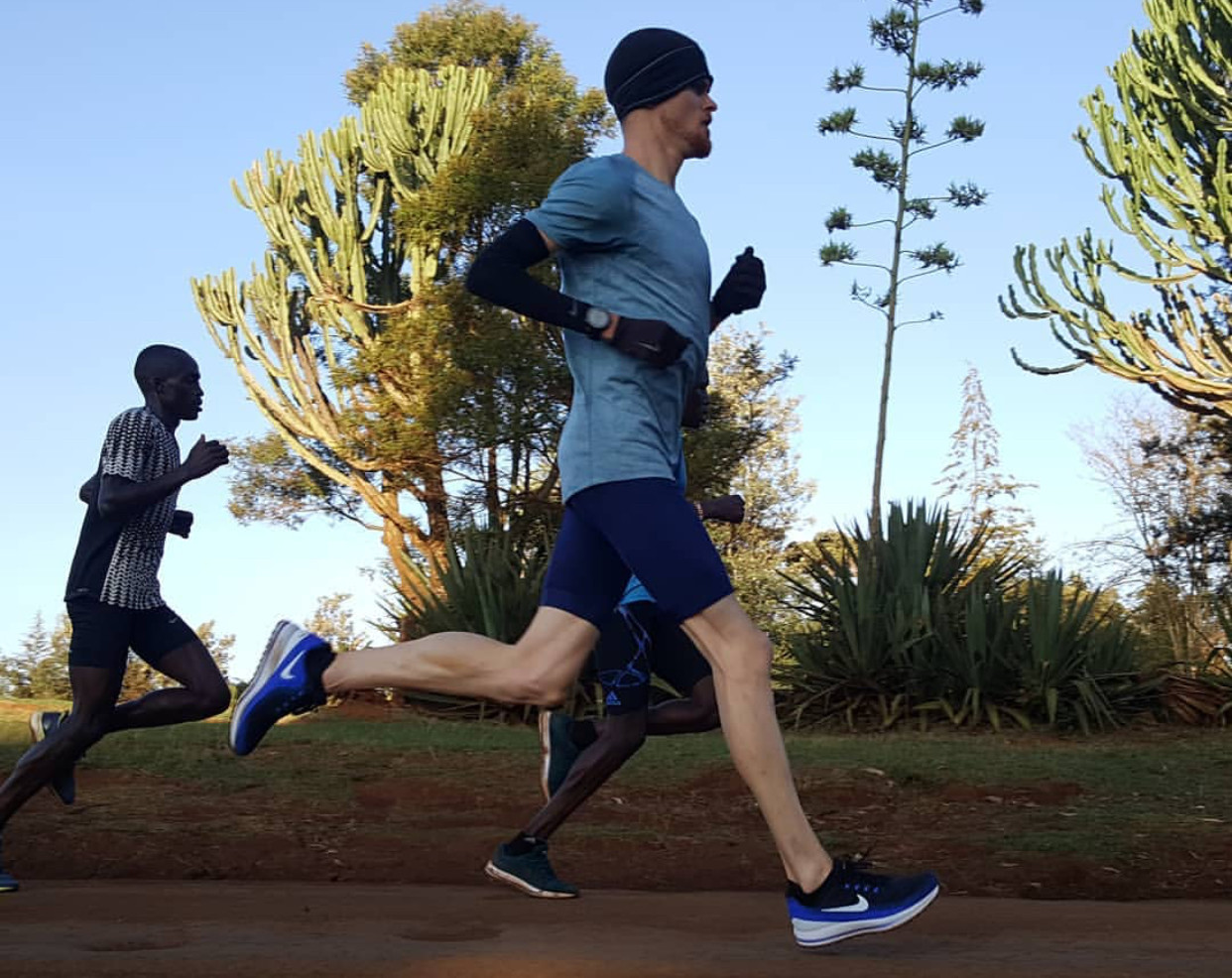 Jake Robertson (NZ) last training session (photo) in Kenya before traveling to New Orleans for the Crescent City Classic 10k this Saturday. He won last year running 27:55 (PR), 15 seconds ahead of Kenya's Edwin Rotich. Jake said today, "fast time would be nice but I'll have to wait and see what the day will bring." The weather can always be a factor racing in New Orleans...Jake has been getting in some tough workouts with the "boys" in Kenya: like 10 x 2 minutes @ 2:56-2:50km pace and then 10 x 30 seconds @ 2:45km pace. Other workouts he has posted include: 12x600m with 1 minute recovery (running them between 95 and 97 seconds). "Excited about my future," he posted. "Today is another opportunity to progress on my goals near and far." With all this speed work, is he ready to tackle Sammy Kipketer's course record of 27:10 set in 2002? That’s really fast! (03/26/2018) ⚡AMP 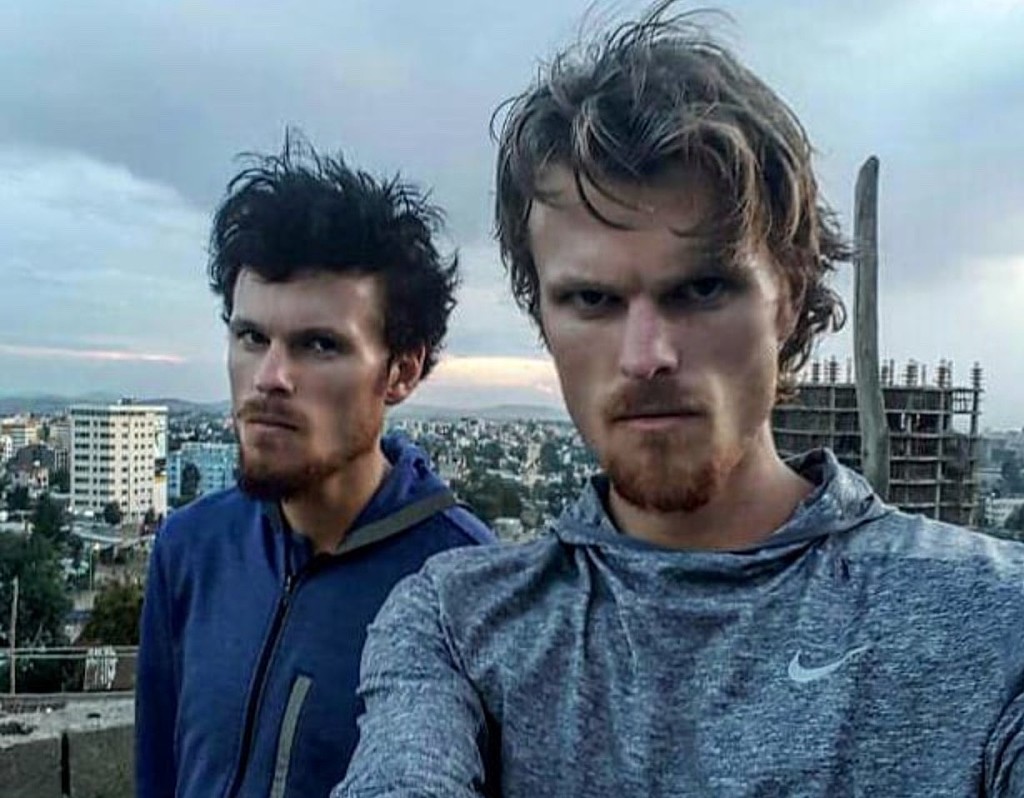 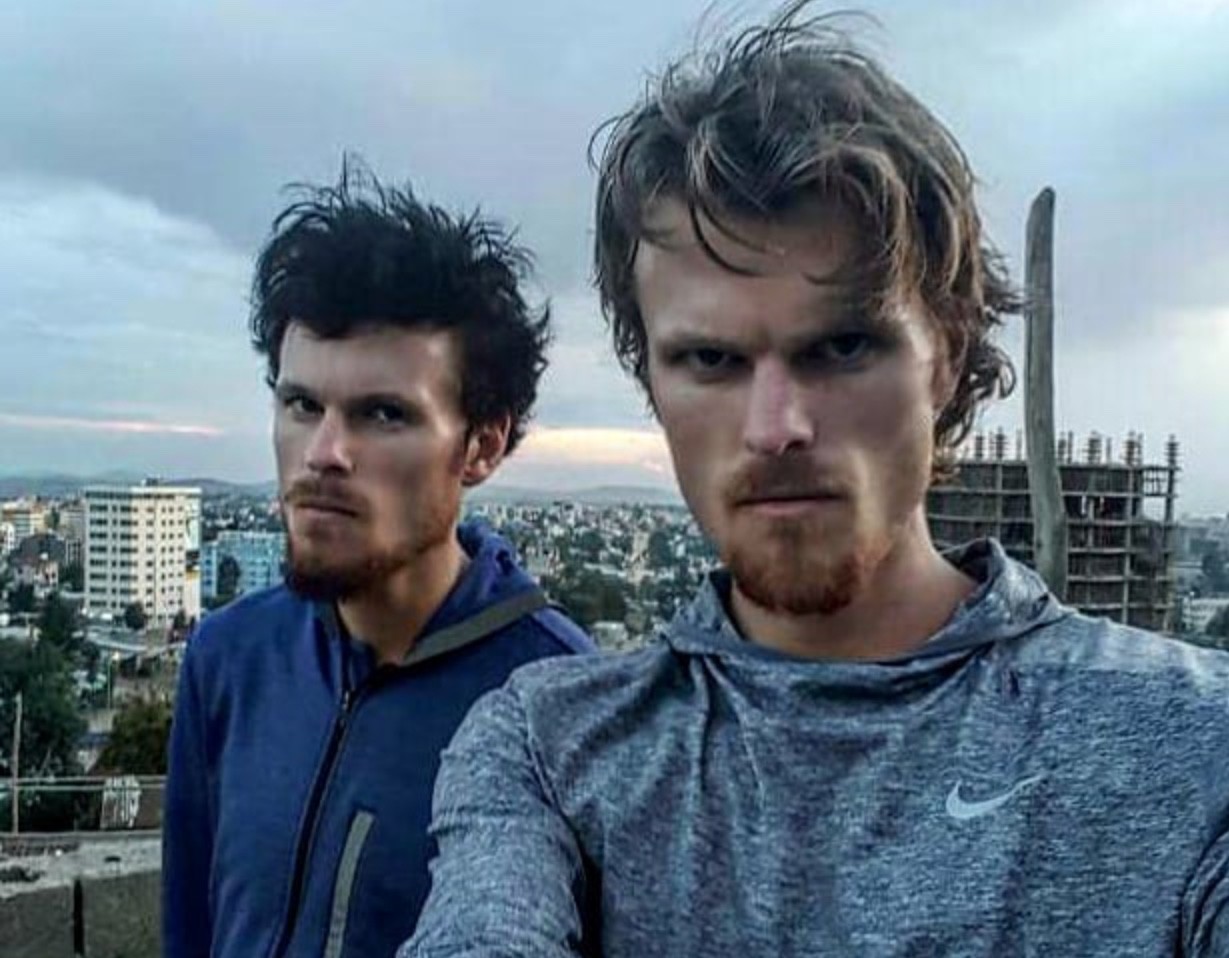 Jake and Zane Robertson moved from New Zealand to Kenya to live and train ten years ago. When they arrived they found it very hard but then they found Shaheen [world record holder in steeplechase] training in Iten.

He heard their story and said, “That’s a poor life. Tomorrow I’ll get you a house next to me. You’re on me in Iten.” They moved to Iten with Shaheen’s training group. He didn’t charge then rent. 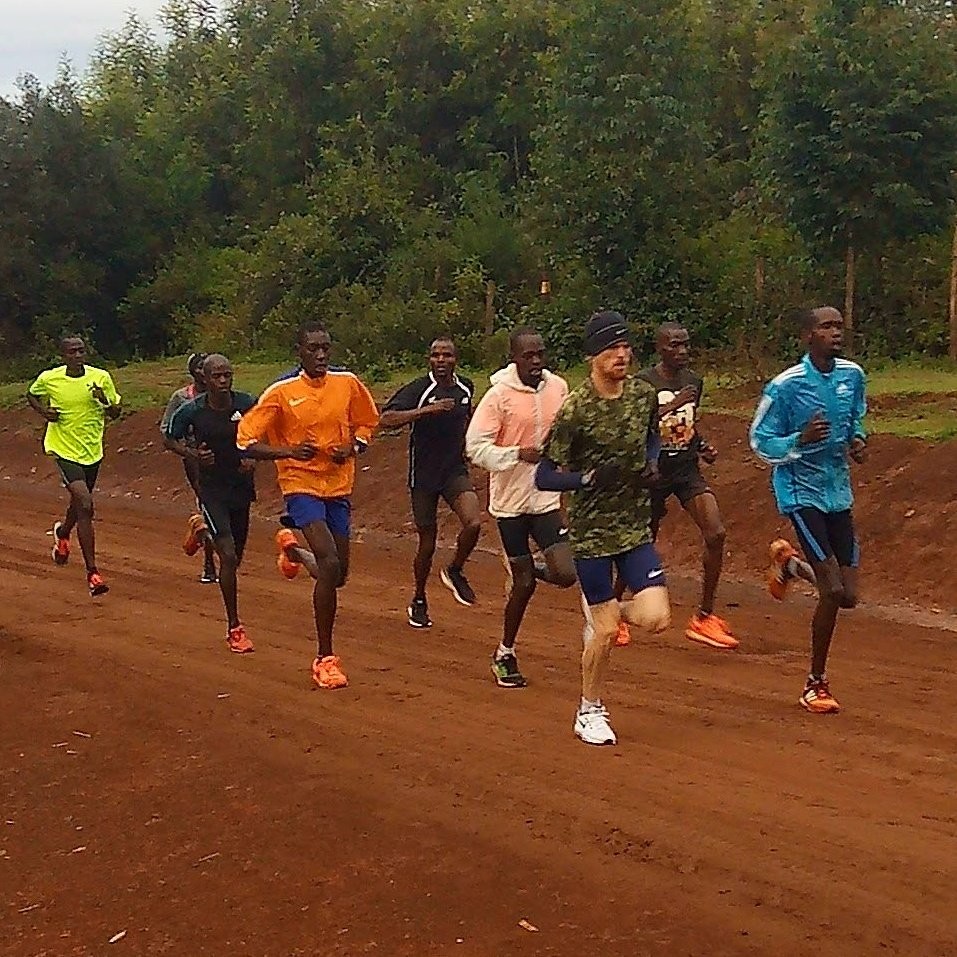 The twins lived, ate and trained like the Kenyans, who run 2-3 times a day six days per week. Running is the number one most important thing for most Kenyan runners.

Did this change of life help them become two of the fastest runners in the world? They think so. Jake has run two 1:00:01 half marathons and Zane has run 59:47.

Looks like their life in Kenya is working for them. Jake is running the Cresent City Classic 10K March 31...going for a repeat win. 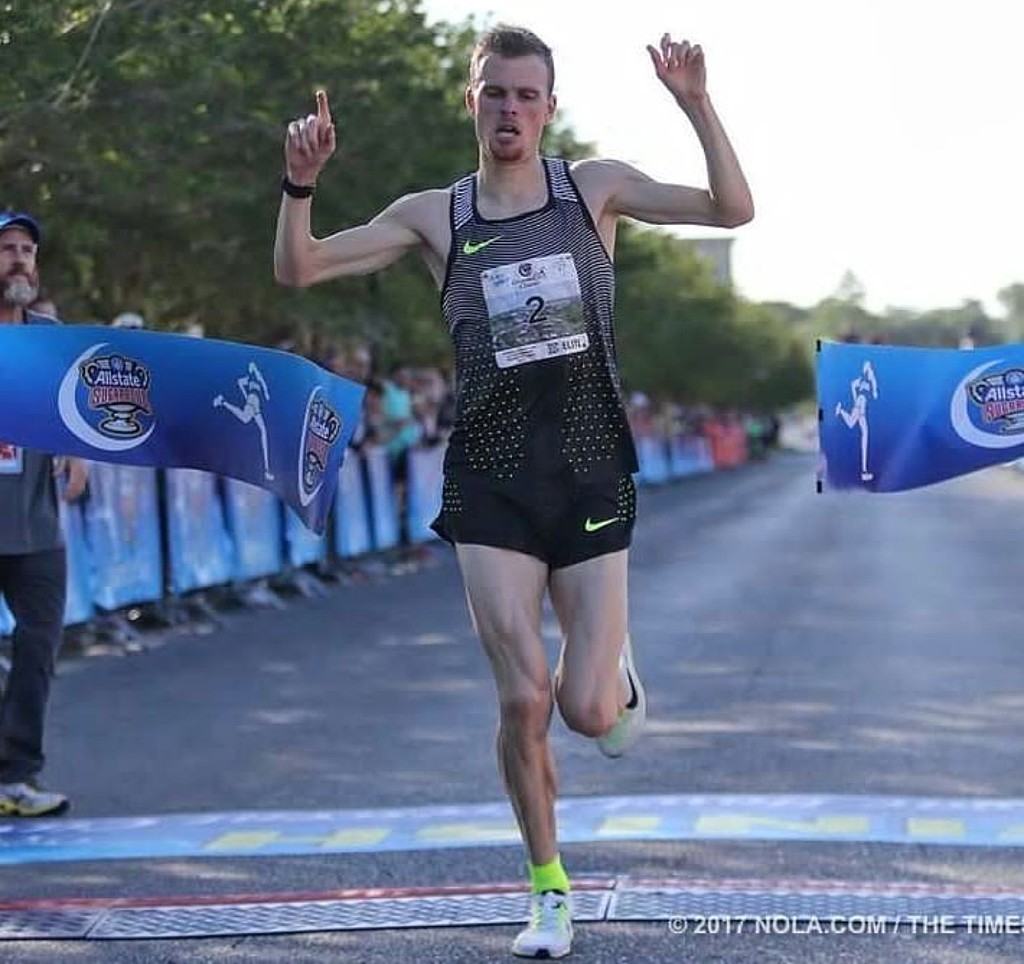 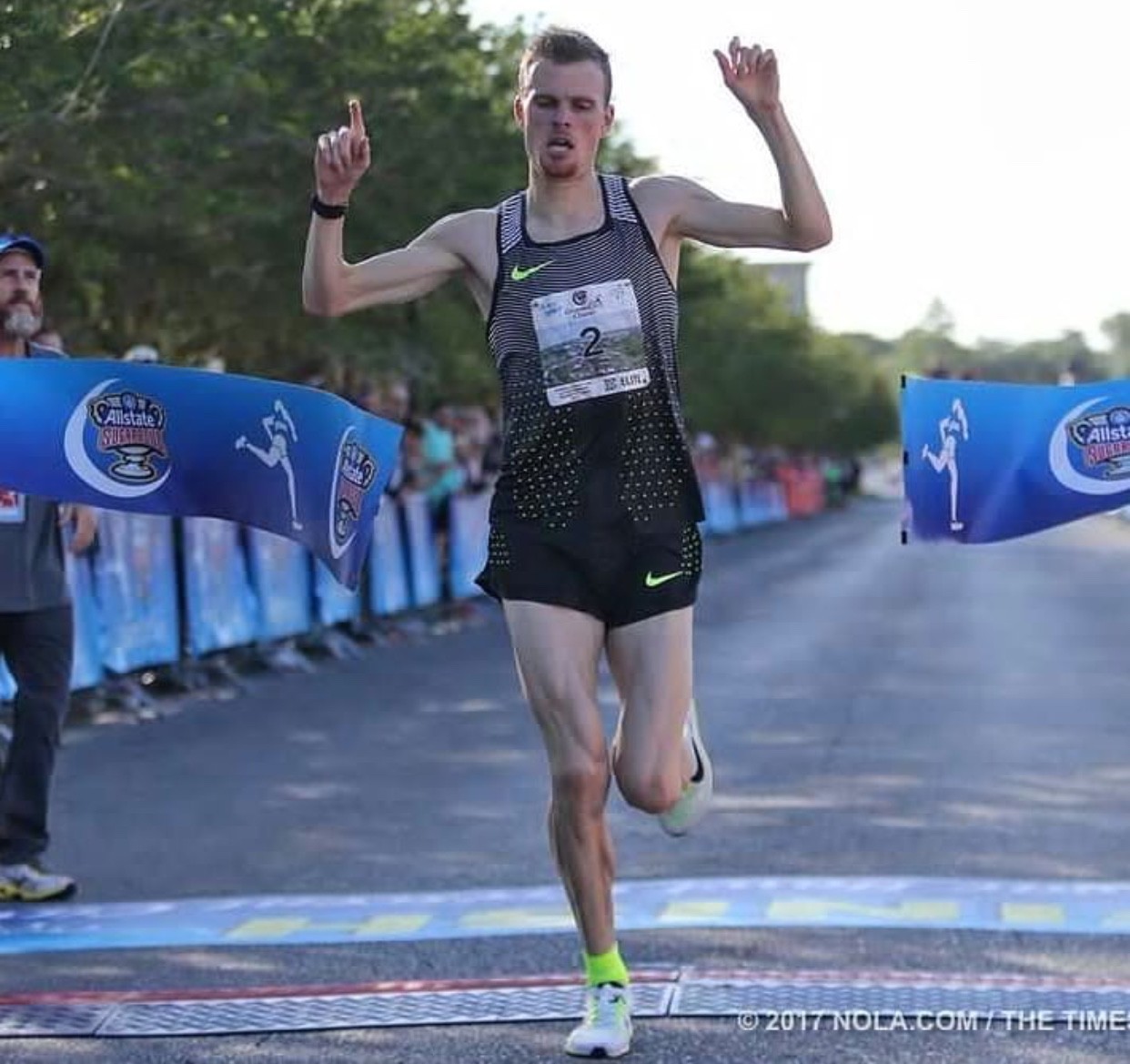 Jake Robertson from New Zealand won the Crescent City 10k last year in 27:55. In many of past this year’s was dominated by runners from Kenya. Jake is returning this year and wants to again cross the finish line first. (03/08/2018) ⚡AMP