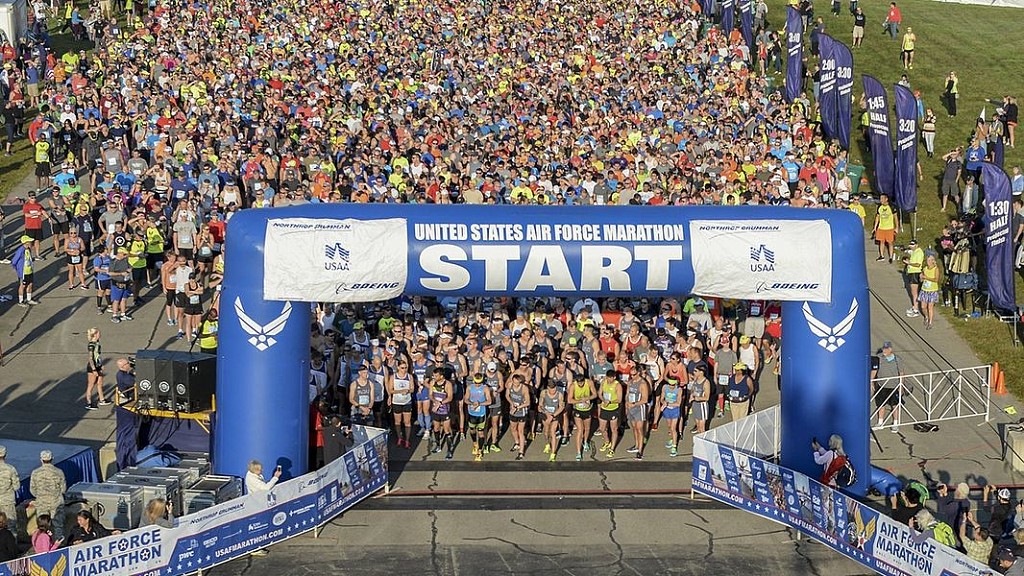 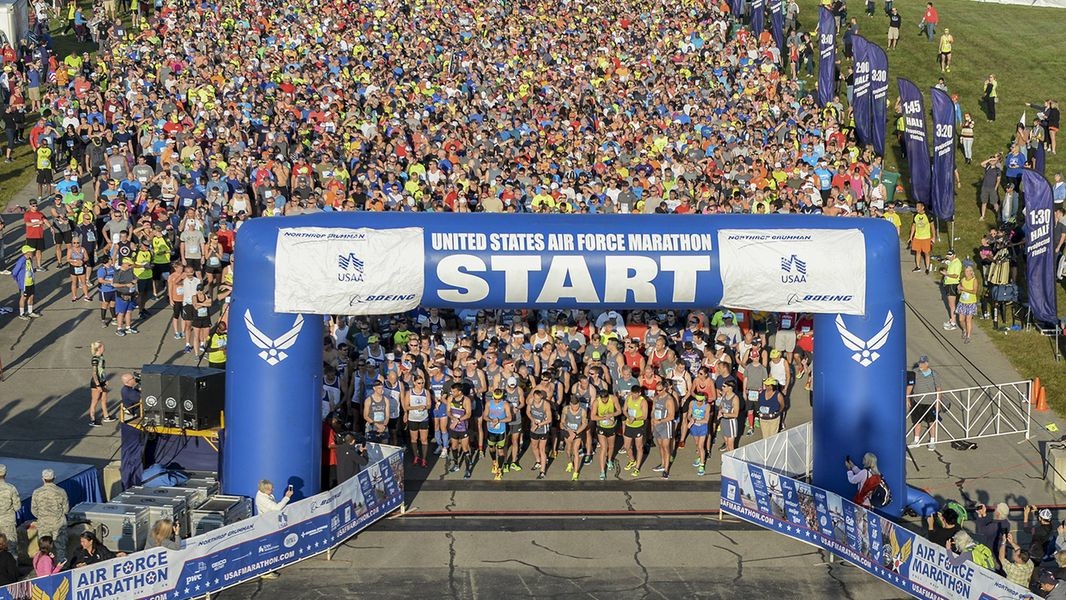 The Virtual Air Force Marathon 2020, Sells Out Amidst COVID-19

Due to the impact of the COVID-19 pandemic, Air Force officials had cancelled the 2020 Air Force Marathon which would have been held Saturday, Sept. 19. However, call it foresight or a stroke of luck, ironically a virtual race option was already planned to be added this year and all seven virtual events are now sold out.

“Being an Air Force event, we initially created the virtual option so military members anywhere in the world had the opportunity to still be a part of the event if they could not be here in person,” said Brandon Hough, Air Force Marathon director. “Little did we know that our initial intention would have a whole new meaning behind it.” 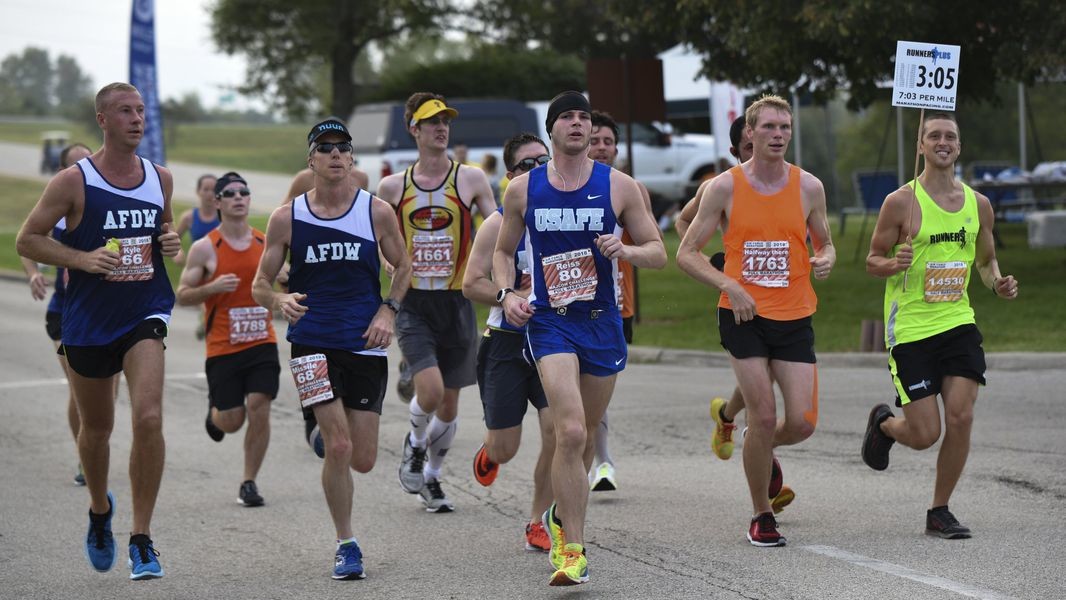 The virtual race allows runners from all over the world to join in from afar. Participants will virtually complete the Air Force Marathon, half marathon, 10K, 5K, Tailwind Trot or Fly! Fight! Win! Challenge Series race. 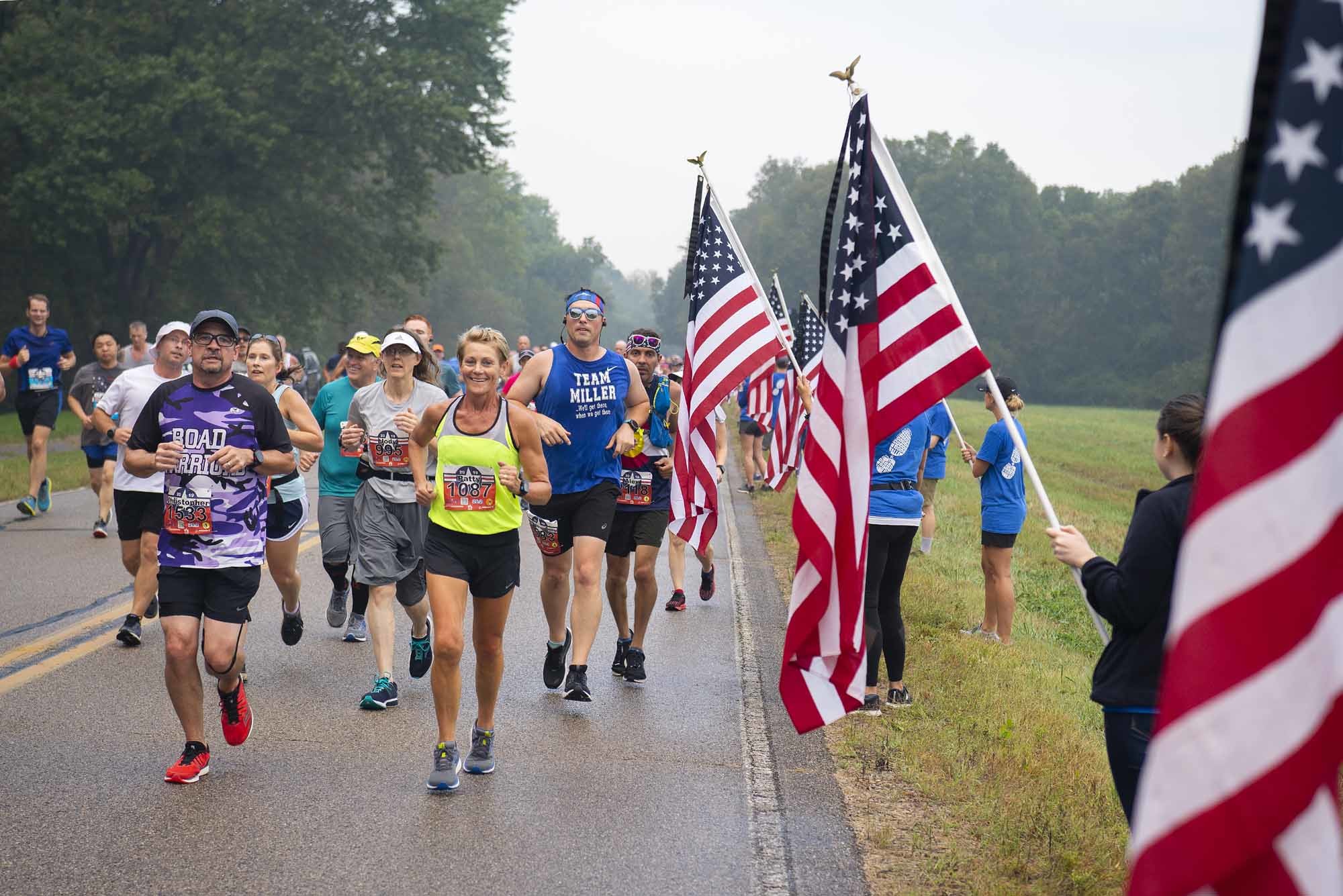 Runners will be required to run their selected distance during the month of September and encouraged to upload their race results online.

“We were hopeful that we would get a good turnout but we never expected to sell out and sell out so quickly,” said Hough. “I think the appeal is that running in a virtual race allows runners to have the ability to run their event from wherever they are and have the flexibility to pick anytime to run it throughout the month.”

With the success of the number of participants in this year’s marathon, Hough said that he is considering to continue to offer virtual events in the future.

This year’s virtual race will have more than 11,600 athletes participating from all 50 states and 32 countries.

Along with the virtual race, there will also be a virtual Health and Fitness Expo where athletes will be able to shop their favorite expo booths and learn about new products and developments in health, fitness, and nutrition. The virtual expo will be available online Sept. 1-30 and is free and open to the public. 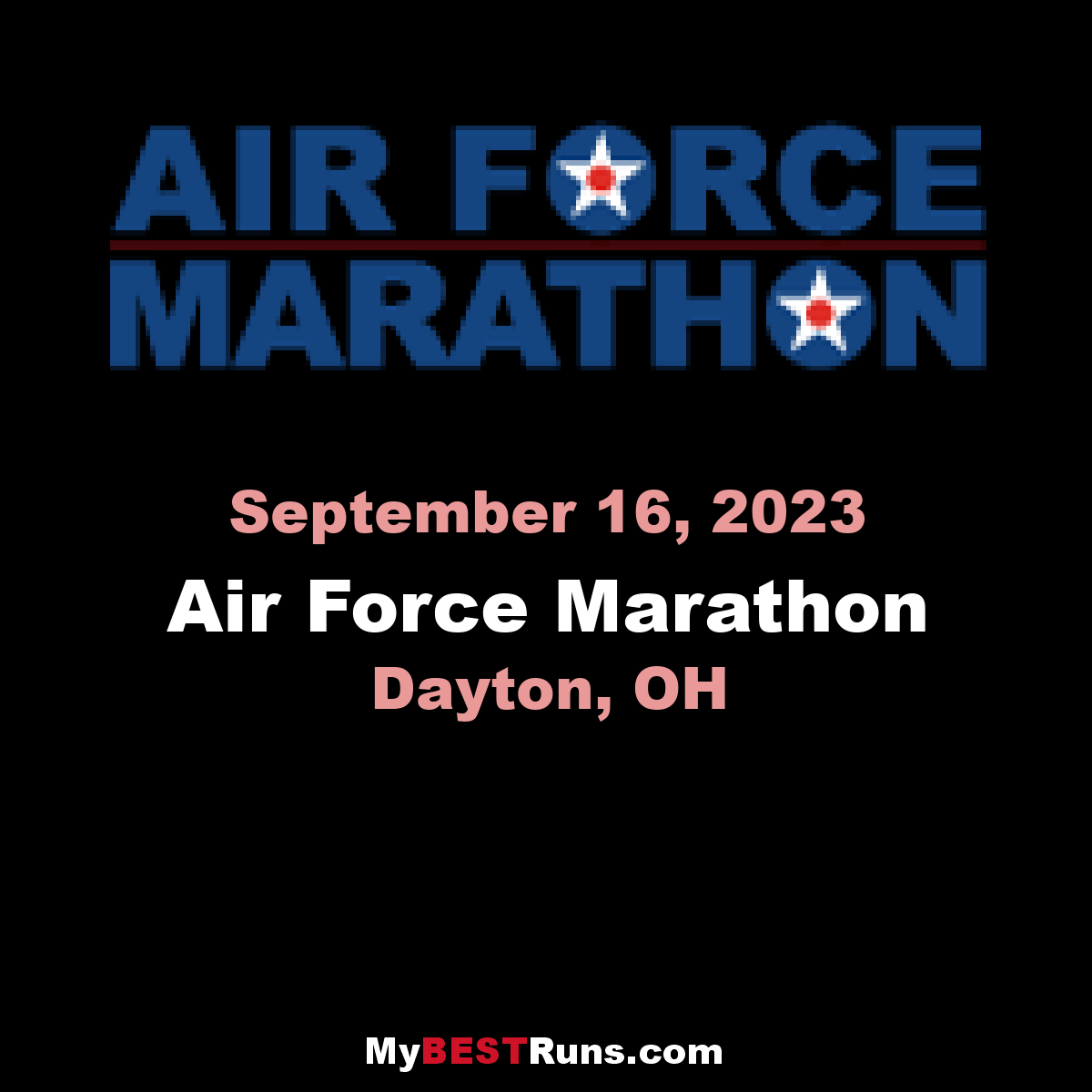 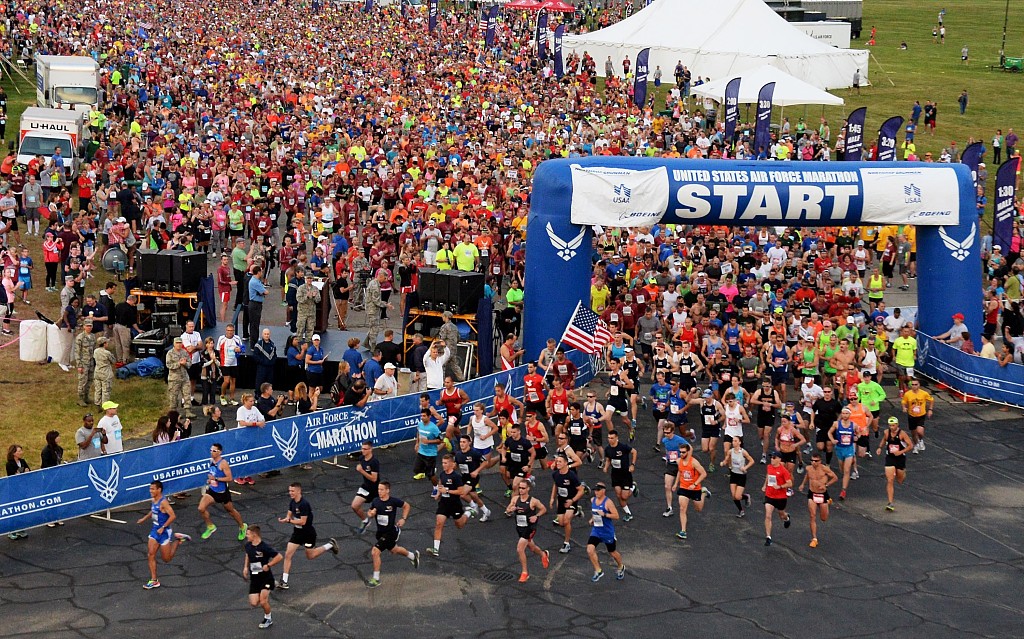 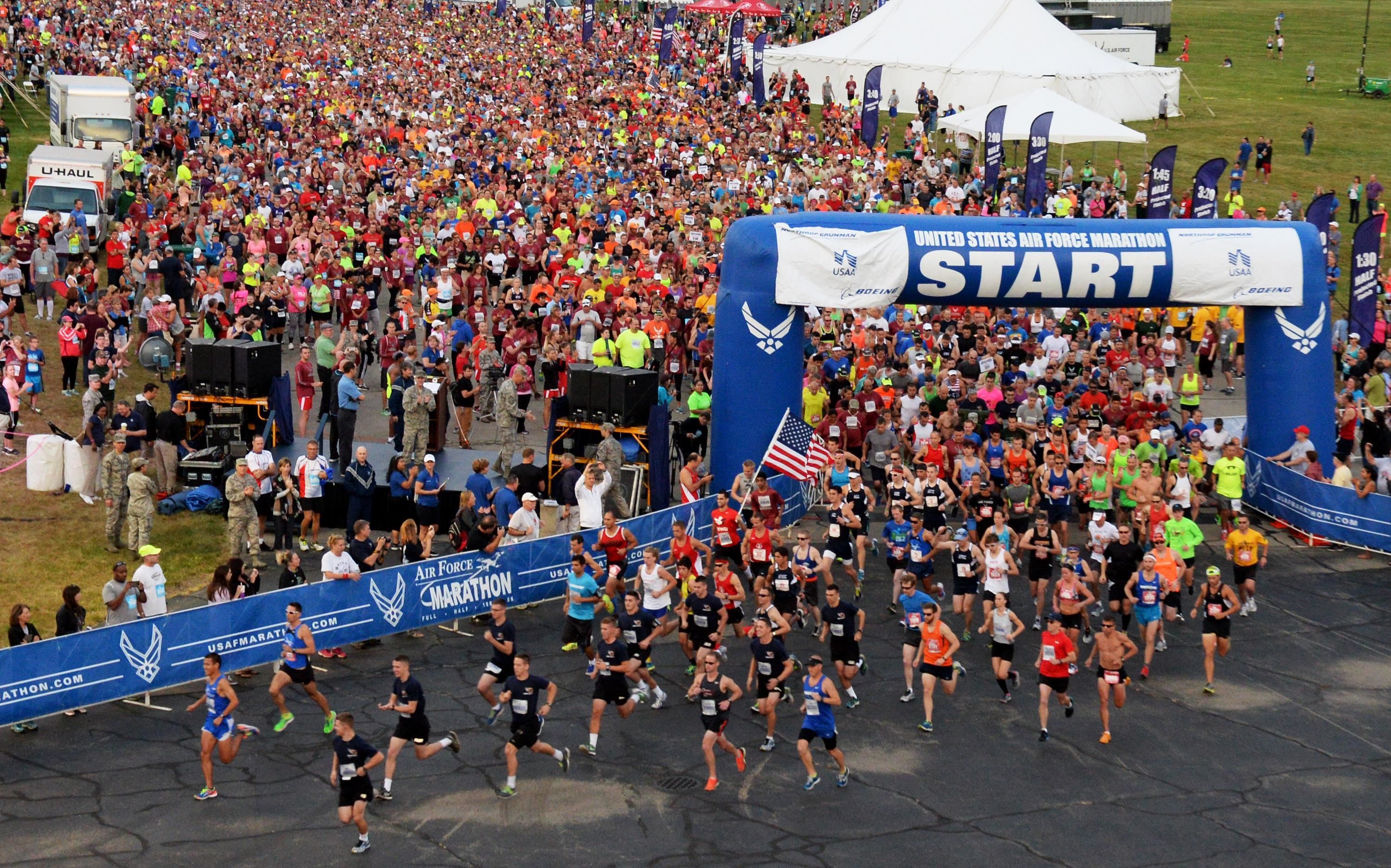 The Air Force Marathon has been cancelled due to the pandemic, race will be held virtually

The 2020 Air Force Marathon events on Sept. 17-19 have been cancelled, due to COVID-19 social distancing orders.

Marathon organizers say the decision was made after conversations over the last two months with Air Force leadership and medical experts. They considered all possibilities to host an in-person event. 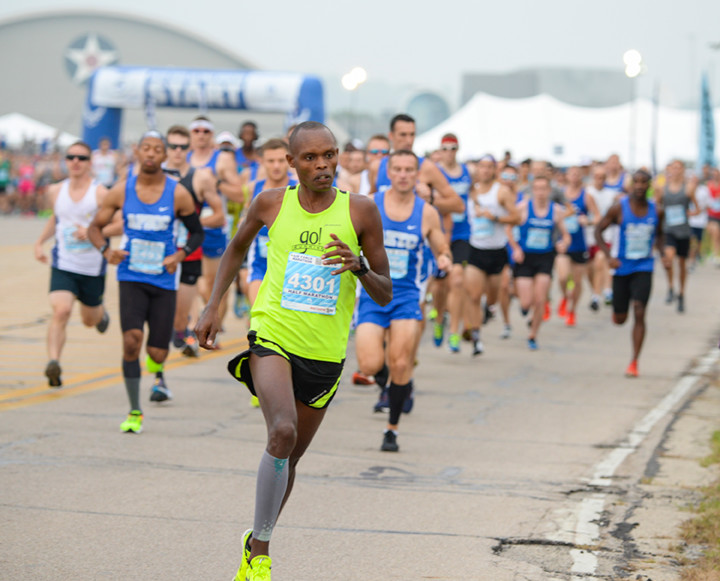 The marathon will be run virtually for those still wanting to participate. 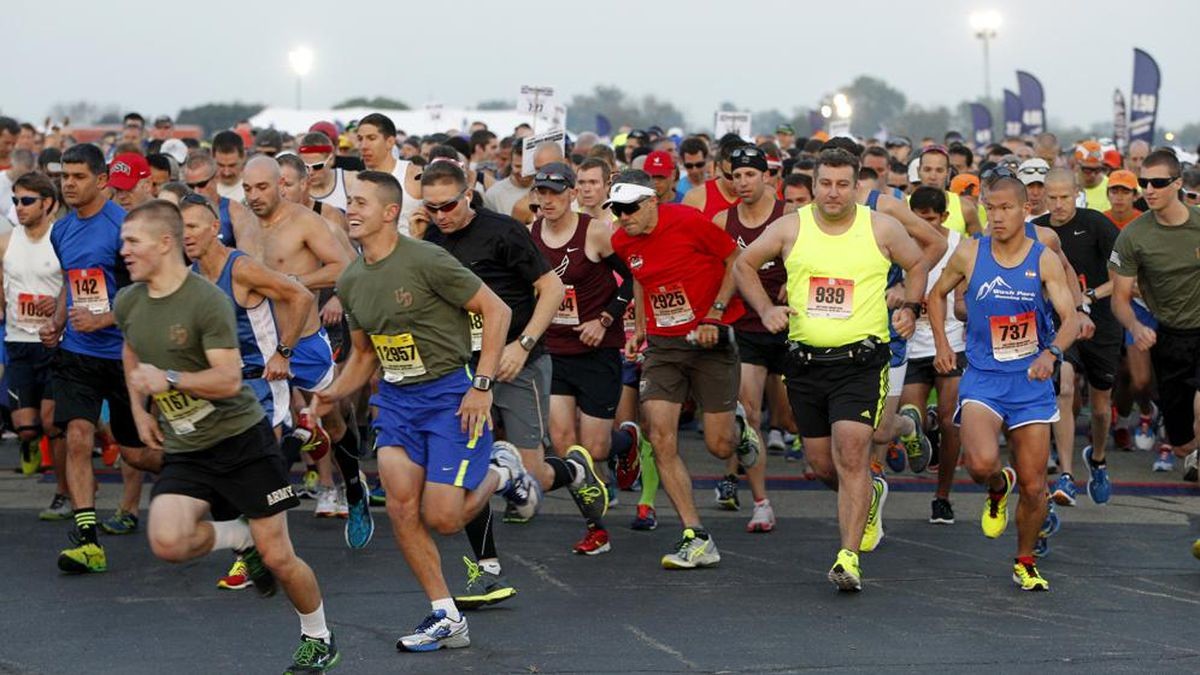 "We simply cannot execute the marathon in a manner where the safety and security of our runners, volunteers, staff, partners, and spectators is satisfactorily achieved," explained Brandon Hough, Air Force Marathon director. "However, our team has worked hard to offer numerous options to registered participants to be as accommodating as possible."

For participants who are currently registered, the Air Force Marathon team has developed three options to choose from. Participants will be contacted via email with the necessary steps to take. The options include participating virtually, gifting the registration to an Airman for 2021, or deferring to a future year. Participants who have registered virtually will not need to take any action. For those who have yet to register, there is still time to sign up to participate in the virtual events. 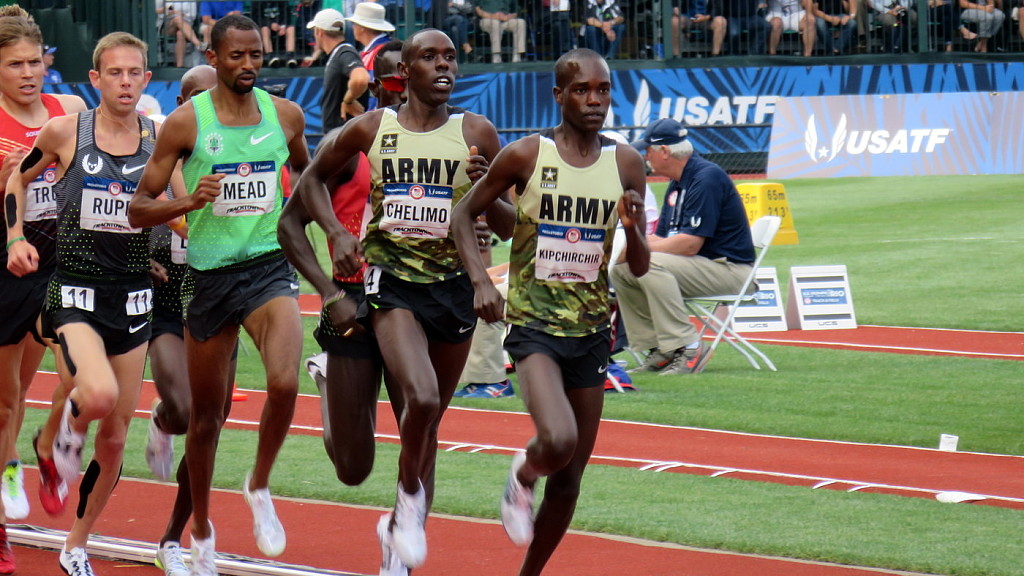 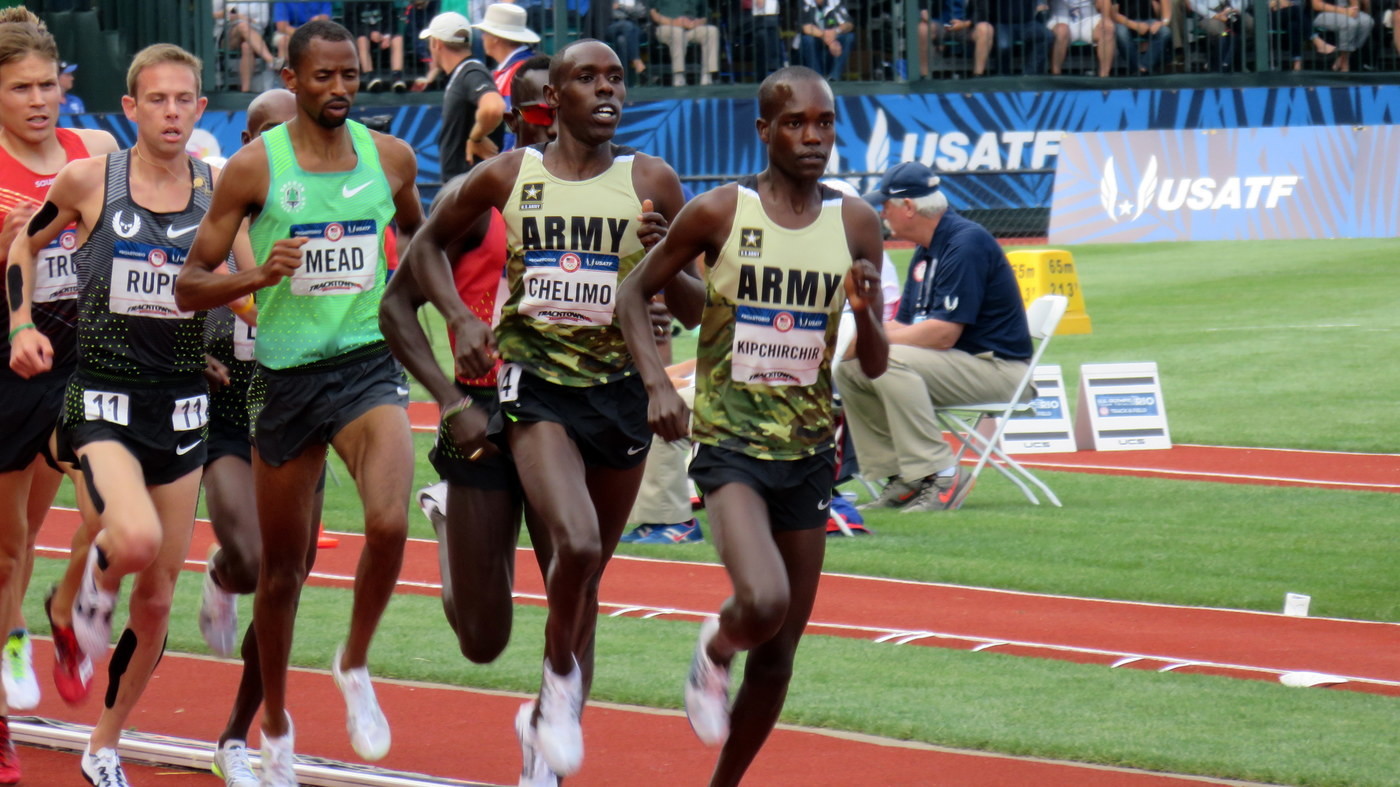 American Olympian and US. Army veteran Paul Chelimo is scheduled to be the guest speaker for the 24rd Air Force Marathon

He is training for the 2020 Summer Olympics in Tokyo in August, with the 5K Olympic Trials coming up June 19-28 in Eugene, Oregon.

“We are honored and humbled to have not simply one of the world’s best runners join us at the 24th Air Force Marathon, but for him to be a veteran of the U.S. Armed Forces means so much to our entire team, our volunteers, our participants and this entire community,” said Brandon Hough, Air Force Marathon director. 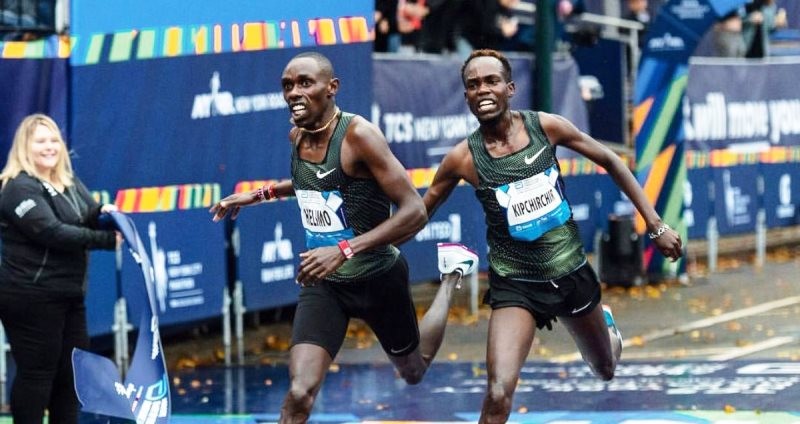 Born in Iten, Kenya, Chelimo moved to the United States on a running scholarship in 2010. After graduating from the University of North Carolina majoring in public health, he joined the Army’s World Class Athlete Program. 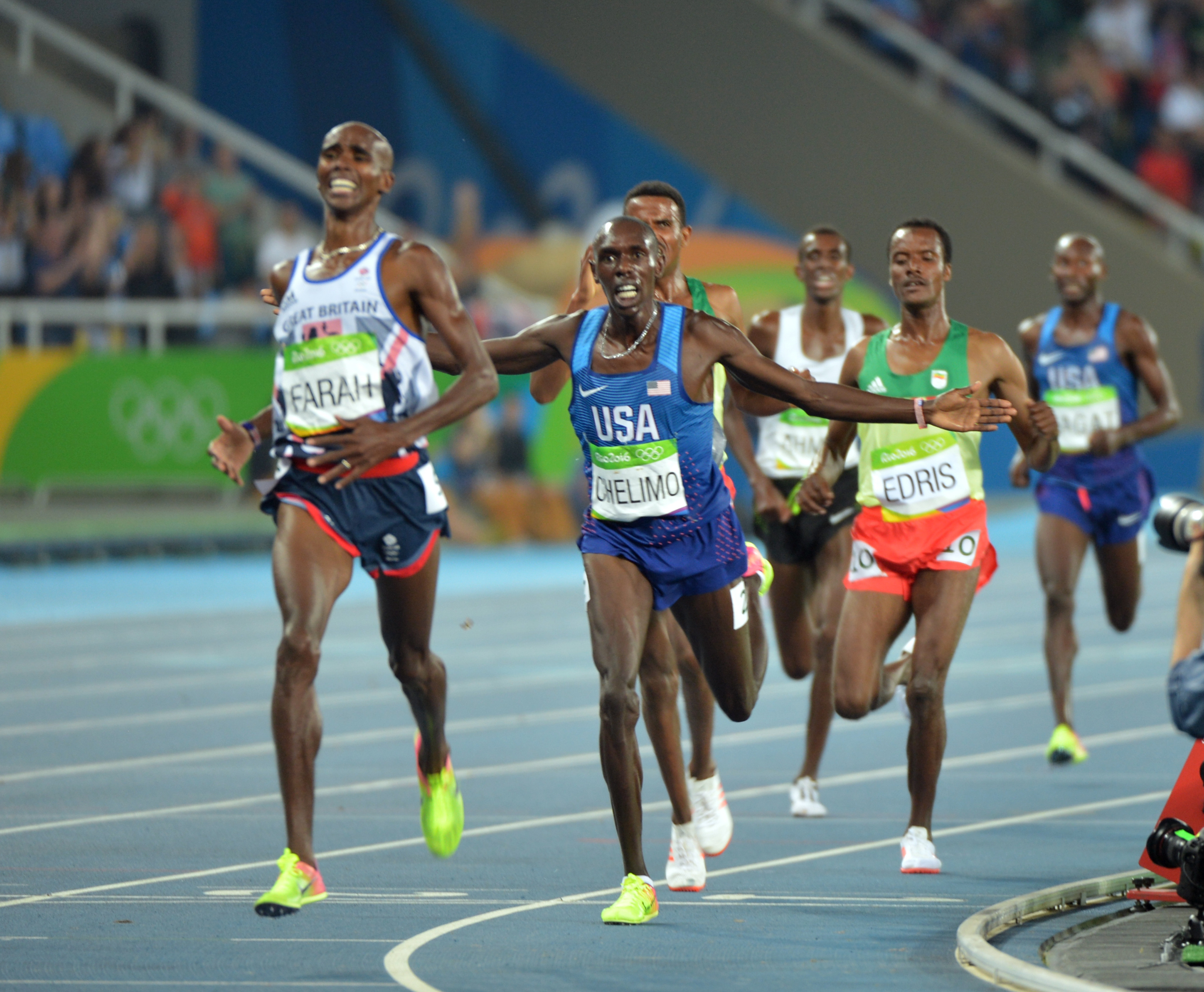 “I want to talk about the grit and the grind that comes from running and training,” Chelimo said. “I want to motivate the beginners and those who are regular runners and impart how to run a really fast 5K. I want those who listen to my story to learn what it takes to be a successful runner and how to prevent injuries.”

Chemilo will speak at the Breakfast of Champions and the Gourmet Pasta dinner on Sept. 18.

The Air Force Marathon, presented by Northrop Grumman, USAA and Boeing, is scheduled for Saturday, Sept. 19, 2020. 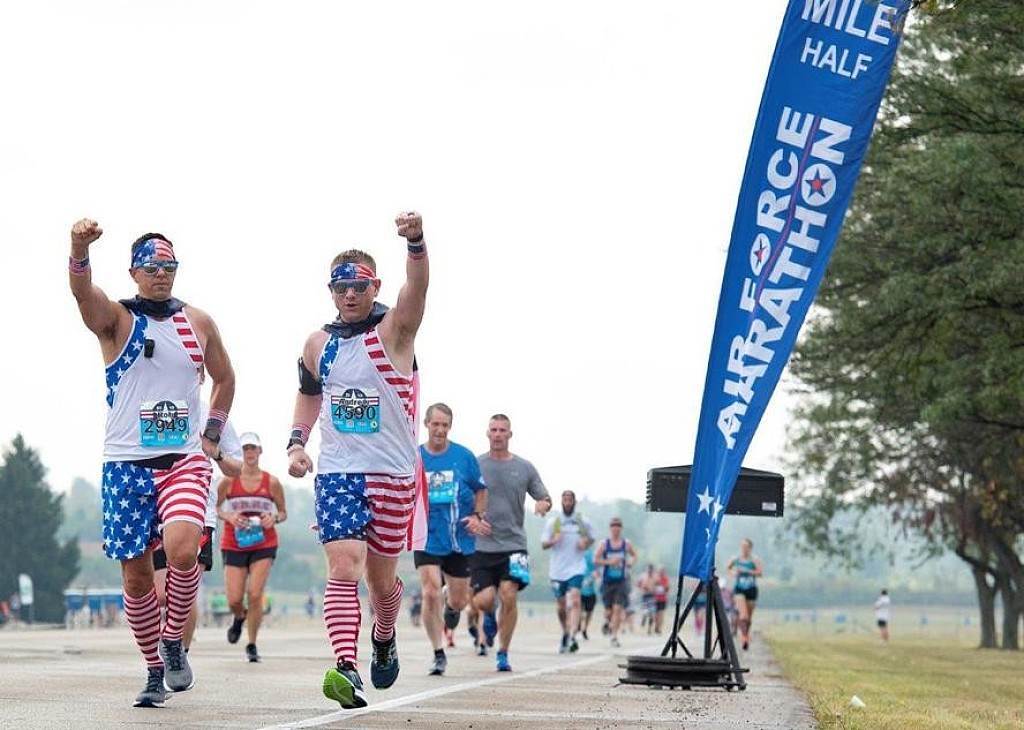 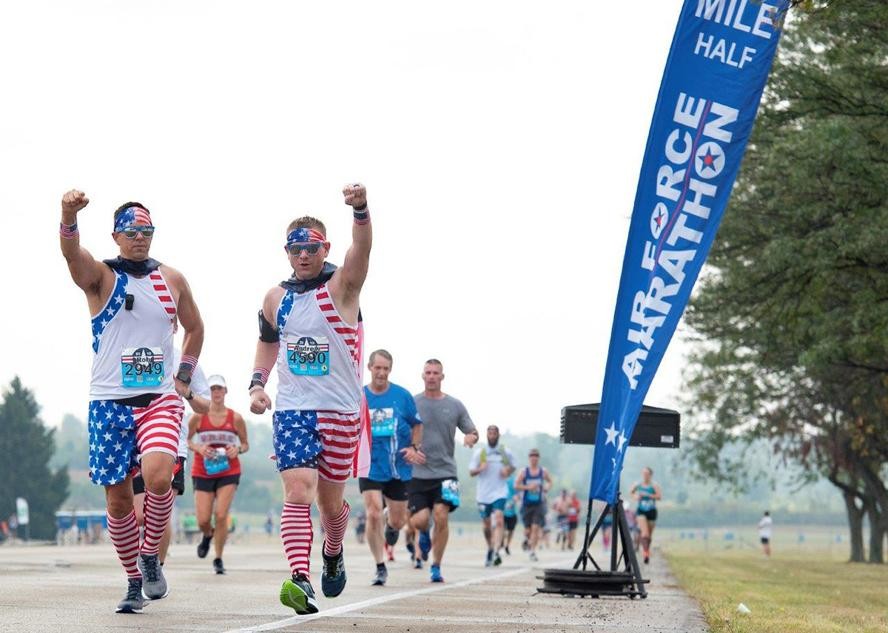 Organizers are encouraging participants to register before prices go up March 2.

“This is the time of year when runners are making decisions to participate in fall races and begin their training.” Brandon Hough, marathon director, said in a release. 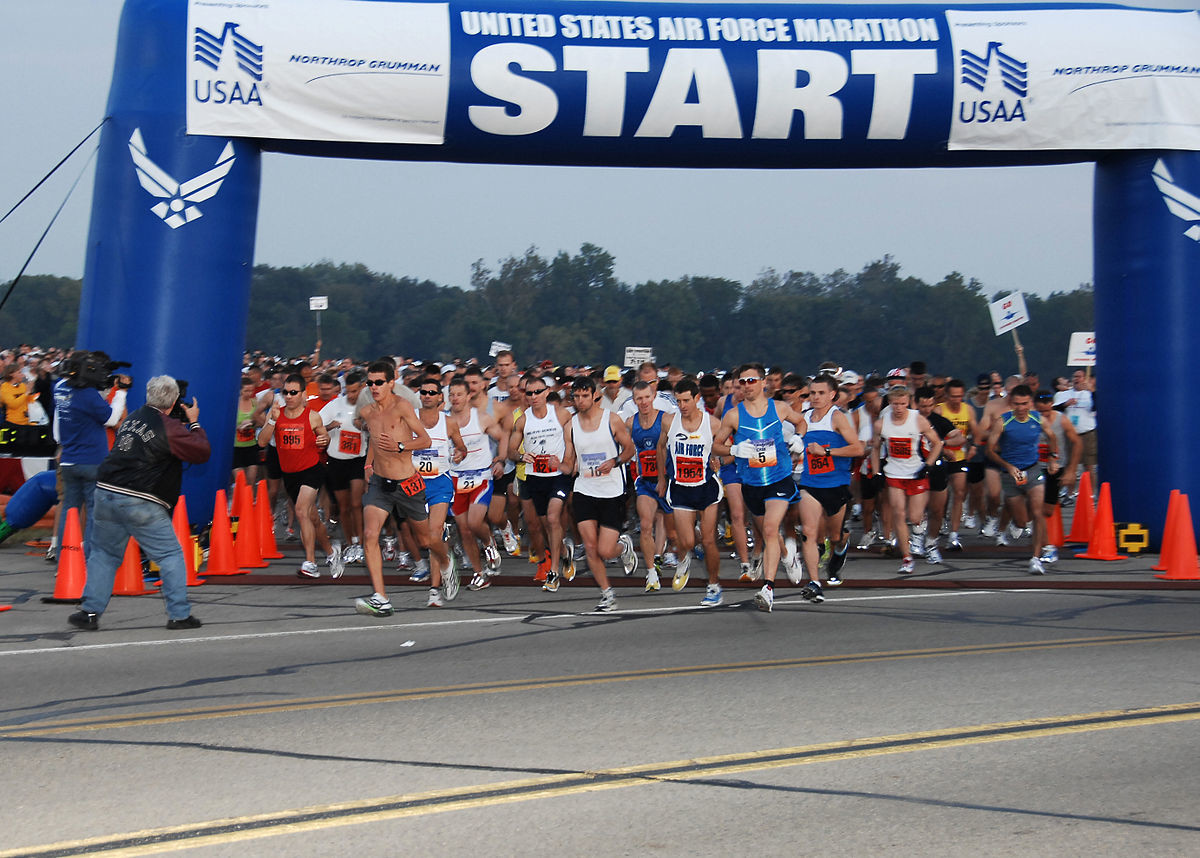 The new prices will be in effect until May 3.

The price for the Fly! Fight! Win! Challenge Series, in which runners compete in the 5K, 10K and either the half marathon or marathon, will increase by $10, and the Tailwind Trot 1K Kids’ Run will increase by $3.

Active duty, reservists and guard members may receive up to $10 off registration costs.

New this year, a virtual option is also available to allow runners from all over the world to join in from afar. Runners will choose between the half marathon or marathon and will need to run their selected distance between Sept.12 to 27.

All races begin and end at the National Museum of the U.S. Air Force, except the 5K and Tailwind Trot which take place on the campus of Wright State University. 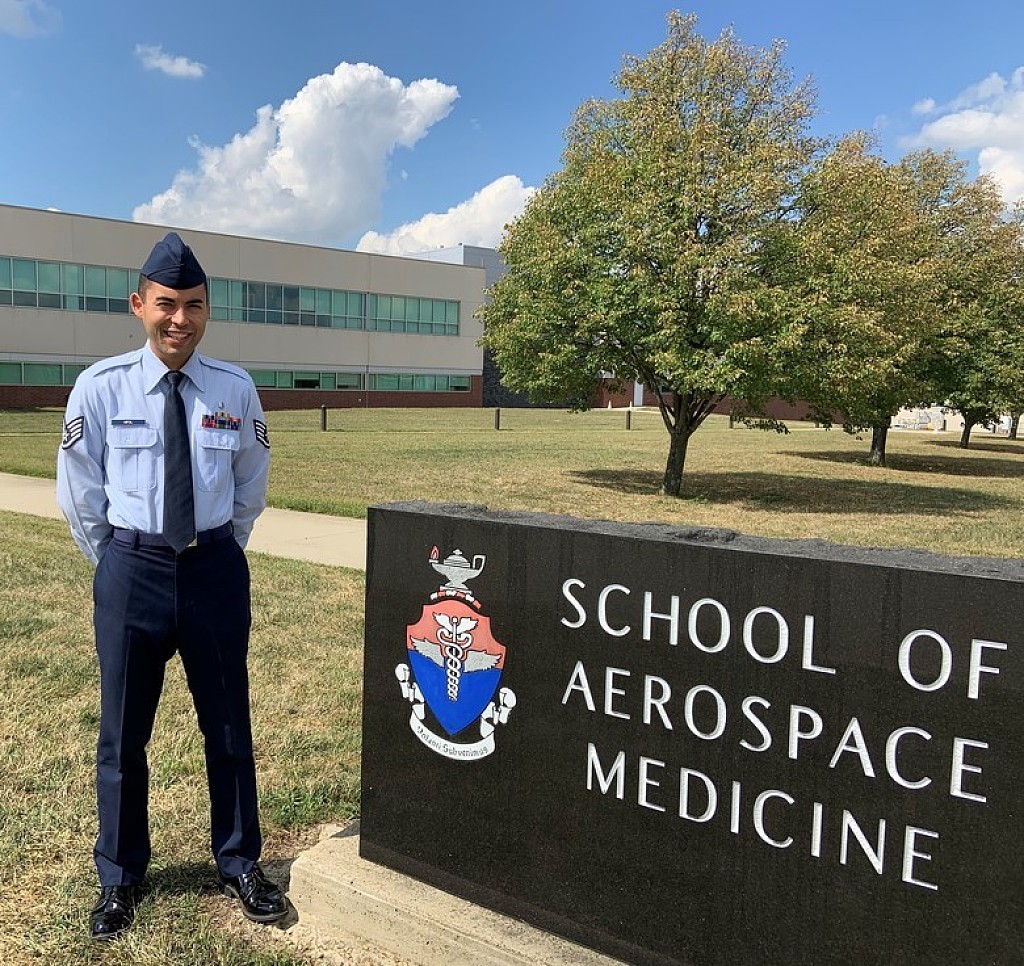 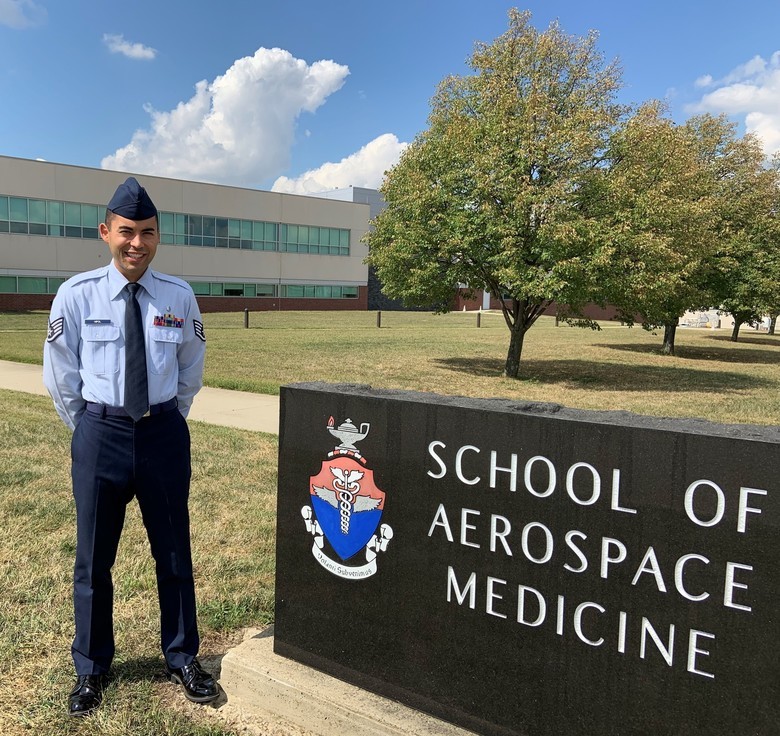 Regardless of sustaining a knee injury, Staff Sgt. Kyle Hipol, a Defense Occupational and Environmental Health Readiness System support office consultant will run the Air Force half marathon on Sept. 21. Hipol said his training and dedication to preparing for the marathon has not only given him of sense of self-discovery but challenging himself to overcome any obstacles that may come his way.

Fully dedicated to training for the Air Force Marathon, Staff Sgt. Kyle Hipol hit a road block along the way after suffering an injury, but there was no stopping his determination that he would go over, under and around that road block in order to cross that finish line come Sept. 21.

Training since April, Hipol completely committed himself to run the full marathon by following a running training program and had even made changes to his diet. But unfortunately, his initial concern at the start of his training on what the physical toll it would take on his body came to fruition. 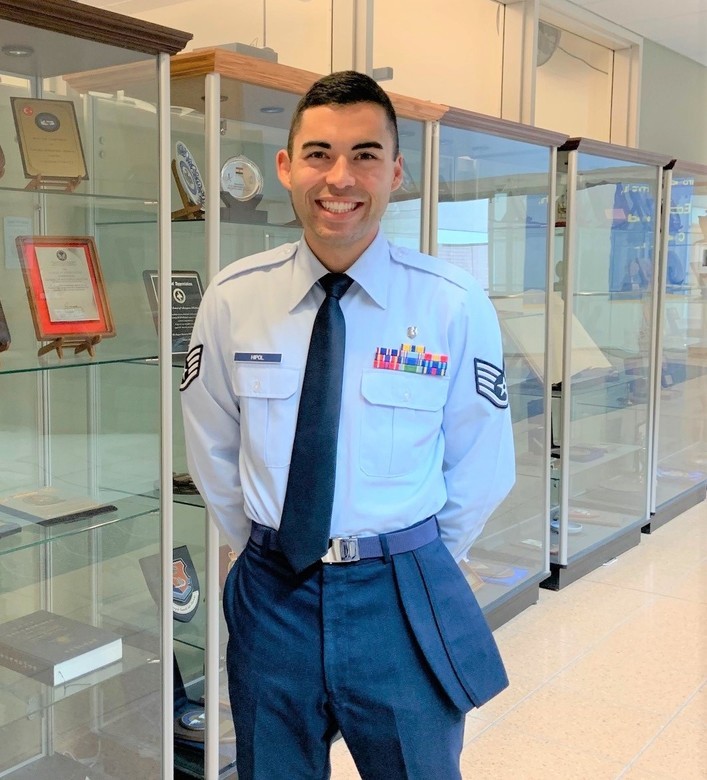 “I was running strong and making plenty of progress until I hit week 12,” said Hipol. “My training came to a snail’s pace, figuratively and literally, I could not run as fast, or as far, my knees were starting to give out. 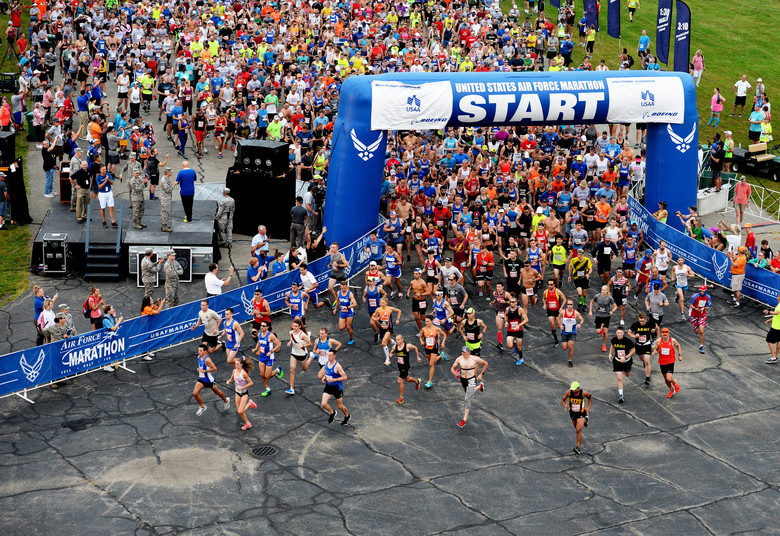 “I had pain with just about everything I did, walking up and down the stairs, playing with my dogs in the yard and even when I was lying in bed,” he said. “I’ve taken off the last five weeks to begin a daily regimen of rest, icing, compression, elevation and ibuprofen. This has been more challenging and stressful than the 12 weeks leading up to it.”

Regardless of his injury, Hipol said his training and dedication to preparing for the marathon has not only given him asense of self-discovery but challenging himself to overcome any obstacles that may come his way.

“I’ve learned that this marathon isn’t just a run and it’s not just a new challenge,  it has become a passion project,” said Hipol. “Great preparation and great will is required to do all great things, I never realized how the easy stuff in life never held much reward. I can’t wait to celebrate at the finish line, and start preparing for what’s to come next.”

Ready to meet the challenge to run the half marathon, Hipol is keeping his positive attitude and is looking forward to race day. 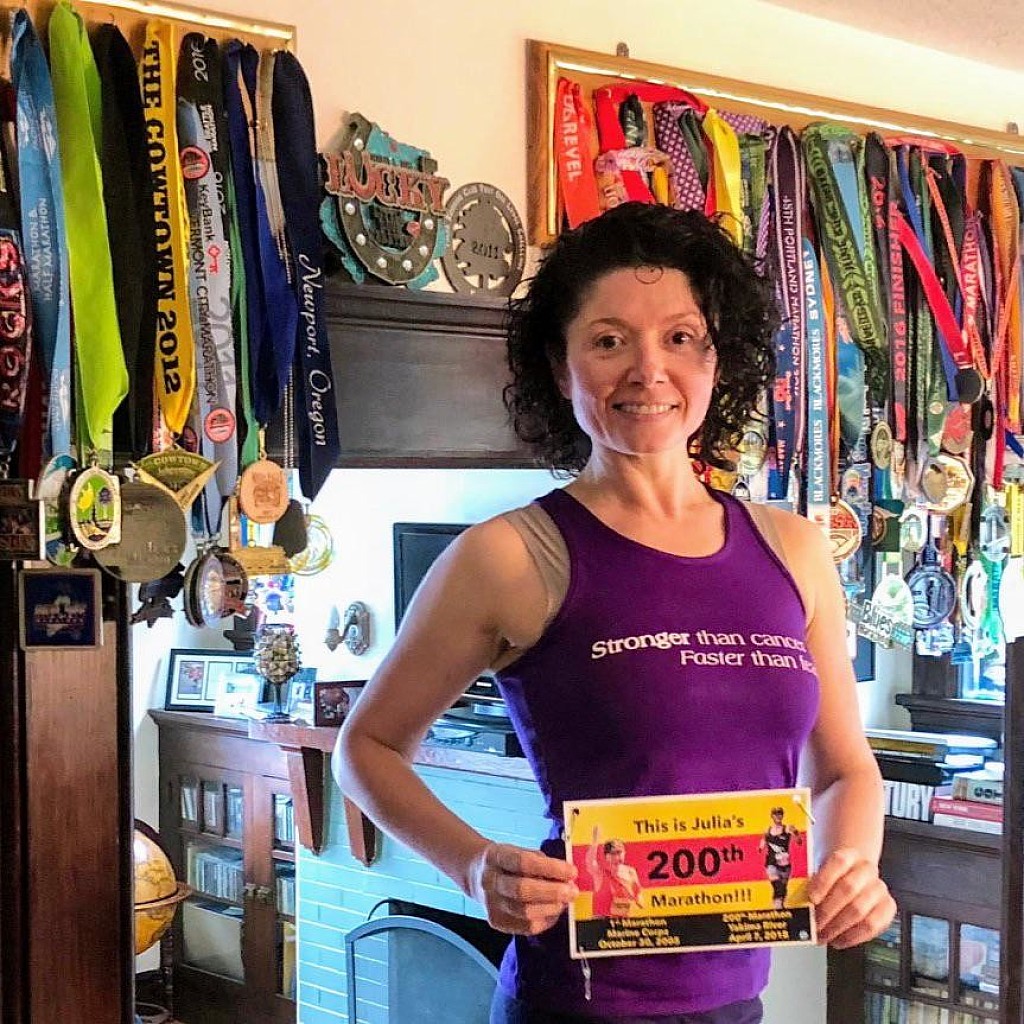 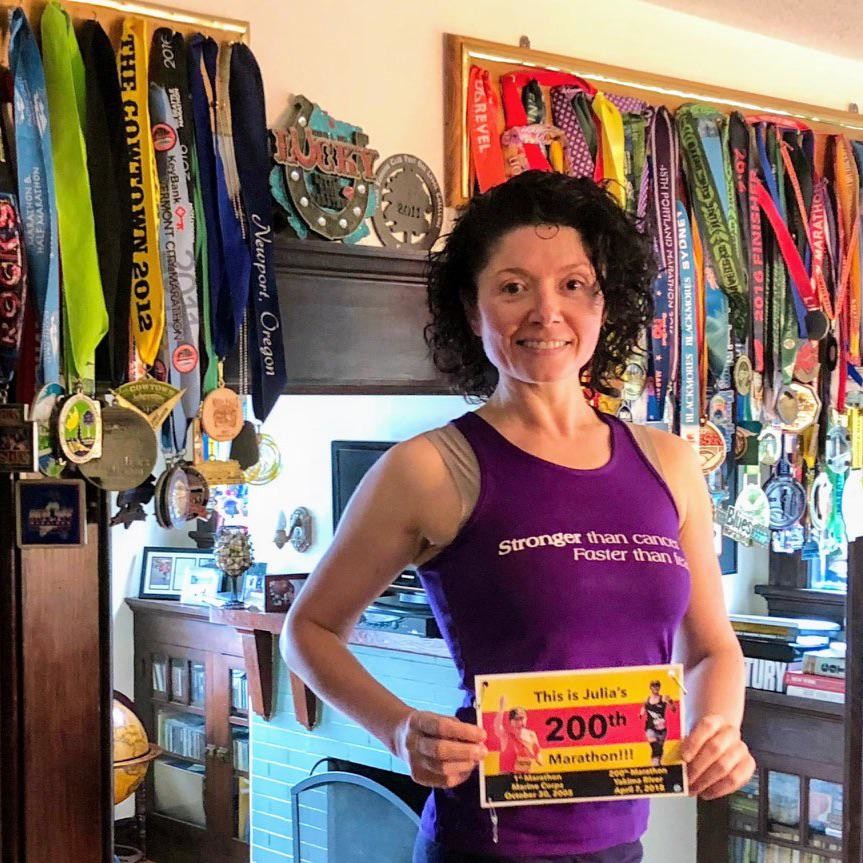 Khvasecko has ran a marathon in all 50 states twice and is now working on round three making the Air Force marathon her third marathon ran in the state of Ohio.

Running marathons has so much more meaning for cancer survivor and pacer Julia Khvasechko as she runs in her 229th marathon at this year’s Air Force Marathon on Sept. 21.

Looking at Khvasechko today, she is a vision of health and wellness; but 20 years ago, that was not the case. 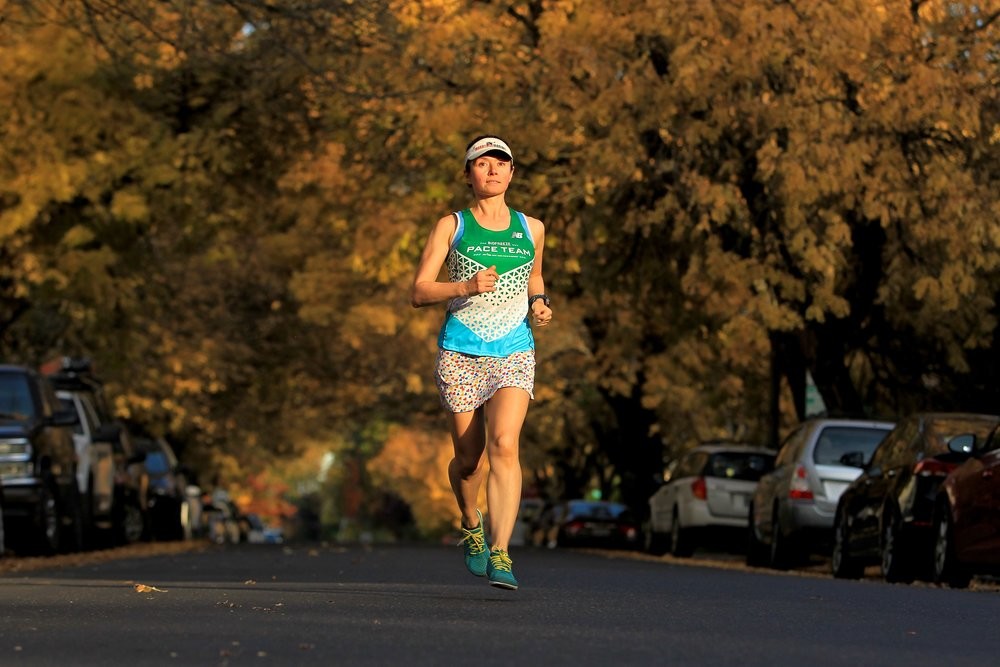 In 1998 at the age of 24, she began experiencing seizures and after a visit to the doctor and several medical tests, she was diagnosed with brain cancer.

With only a 30 percent chance to survive, Khvasechko’s determination to beat the disease came after watching runners participate in the New York Marathon.

“Everyone looked healthy and I would have given anything at that time in my life to be healthy,” she said.  “I decided then and there that if God gave me the strength to get me out of my wheelchair, I was going to run a marathon.”

Khvasechko had a glioma in her right temporal lobe and underwent a temporal lobectomy. After undergoing treatments and learning how to walk again unassisted, Khvasechko was finally cancer free and as she promised herself, she ran her first marathon in 2005 at the Marine Corps Marathon and in 2007, she ran the New York Marathon. 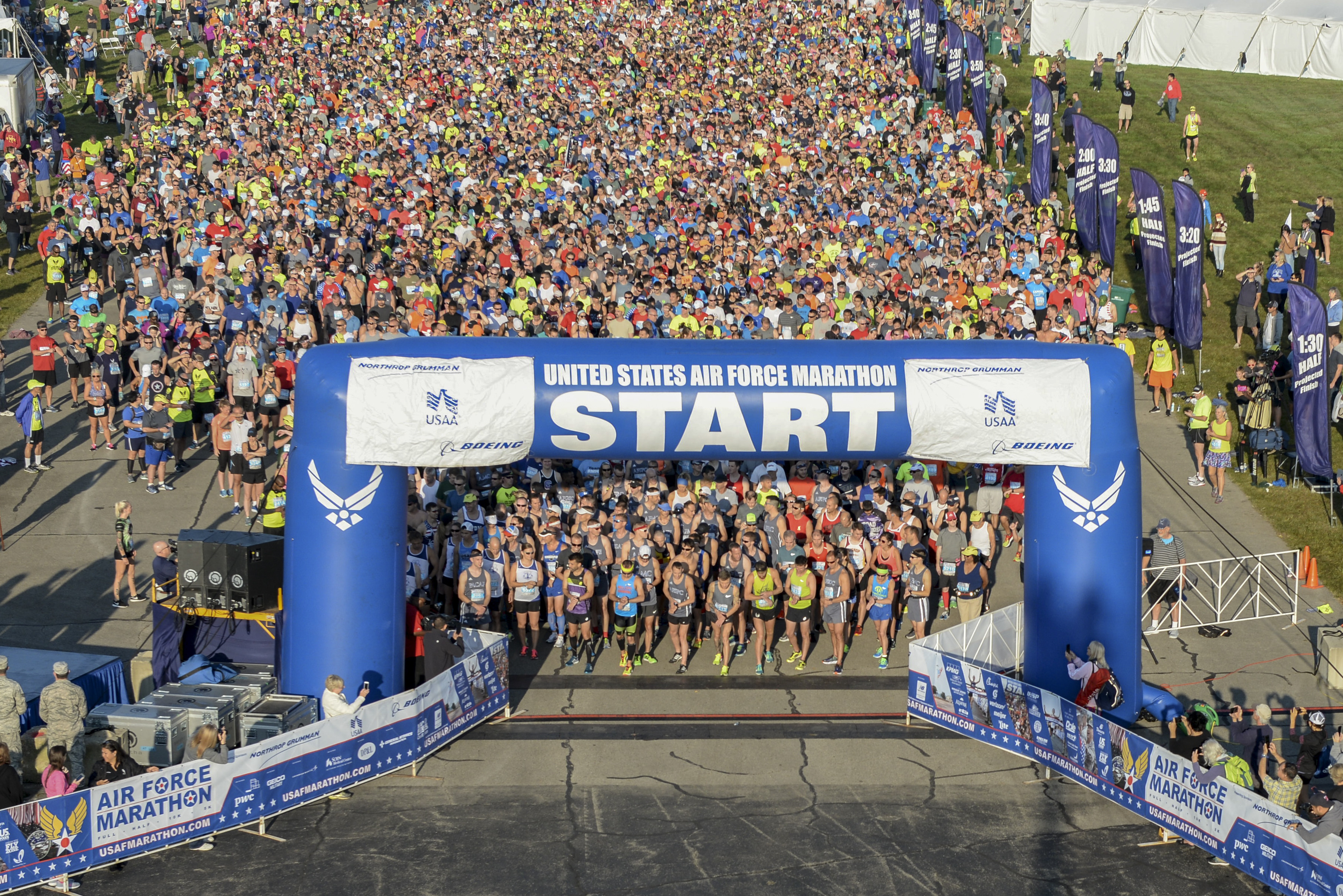 “I ran by the hospital where I was once a patient and as I went by, I waved at everyone, high-fived them and I cried tears of joy,” Khvasechko said. “That was the greatest feeling I have ever had in my entire life!”

Khvasecko has been running marathons ever since and has made many memorable events along the way. In fact, in 2010 at a marathon in Wisconsin, she met her husband to be, Maj. Shane Garling, and after three years of dating, Garling proposed to her at a marathon in Louisiana. On Jan. 19, 2014, Khvasecko and Garling sealed the deal and exchanged wedding vows on Mile 17 at the Maui Oceanfront Marathon in Maui, Hawaii.

That day also marked Khvasecko’s accomplishment of running a marathon in all 50 states and again at the same marathon on Jan. 15, 2017, she completed her second round of running in every state.

A licensed massage therapist and yoga teacher, Khvasecko is now working on her third round making the Air Force Marathon her third race in Ohio. Her goal is to finish once again in Maui by January 2021.

No longer running for herself, Khvasechko is driven to help other people achieve their goals by running as a pacer.

“I am honored to be coming back and pacing the 4:25 group this year at the Air Force Marathon,” said Khvasechko.  “I love to help people become their best selves and achieve their goals and dreams. When someone runs in my group, I get to know them and find out why they are running then use that to propel them forward. I remind them that they are stronger than they know and inspire them with my own story of overcoming obstacles.  I ask them to remember why they started running and encourage them constantly to not give up, to reinforce that they can and they will do it.”