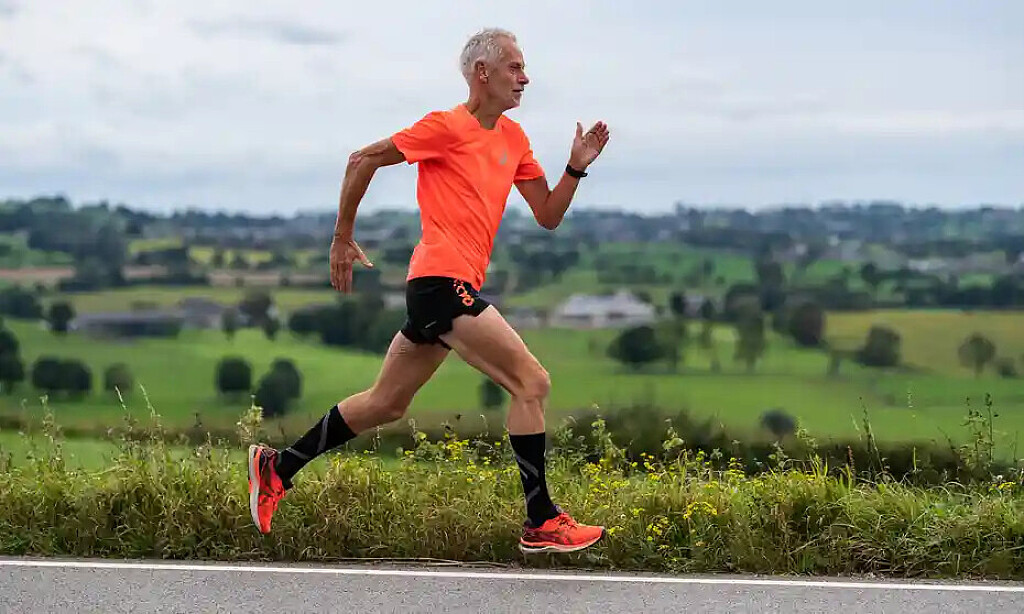 How Jo Schoonbroodt smashed the world 70 plus marathon record

At an age where many of his contemporaries are winding down, the man they call the Grey Kenyan is somehow speeding up. On Sunday Jo Schoonbroodt, a 71-year-old from Maastricht, ran a marathon in a staggering 2hr 54min 19sec to become the fastest septuagenarian in history.

A few days later, when the Guardian catches up with him, his achievement is still sinking in. “I only started jogging at 36 because my doctor told me I had high cholesterol,” he says, chuckling. “But last year I ran 7,242 kilometres [4,450 miles], which is more than double what I did in my car.” 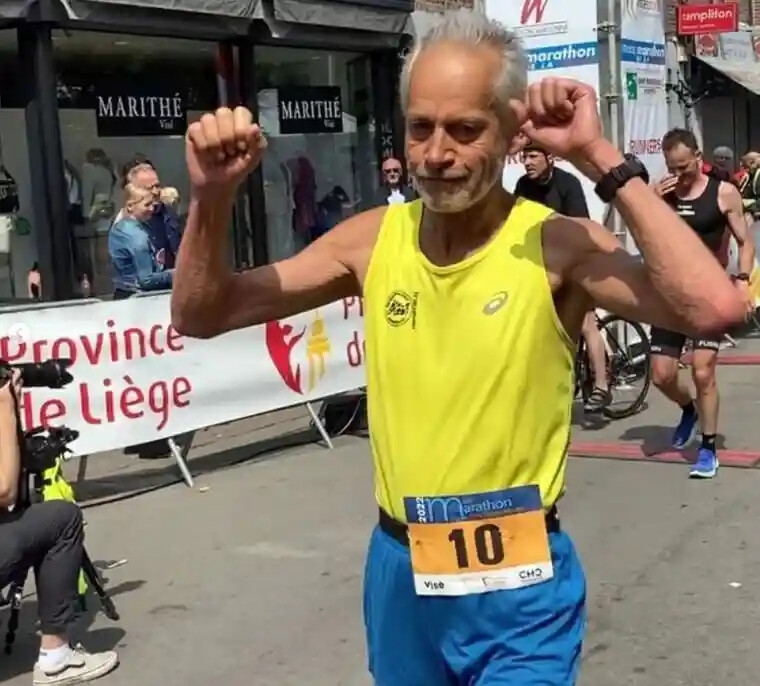 It also turns out that Schoonbroodt’s new 70+ world record, set at the Maasmarathon of Visé in Belgium, was inspired partly by an unlikely source: the Flemish crooner Eddy Wally. With a few miles remaining, he knew he was just ahead of the previous best, set by Gene Dyckes in 2018, because a friend was following him on his bike and barking out his lap times. But his legs were starting to get heavier.

“However, my friend had a special trick to keep me on track,” says Schoonbroodt, who was wearing a yellow and blue kit in support of Ukraine. “He picked up his phone and put Eddy Wally’s song Chérie, Chérie on repeat. I’ve always loved it, I don’t know why. It gave me a boost in morale. I overtook one runner after another and, despite getting cramp in the final 500m, I was able to break the record by four seconds.” 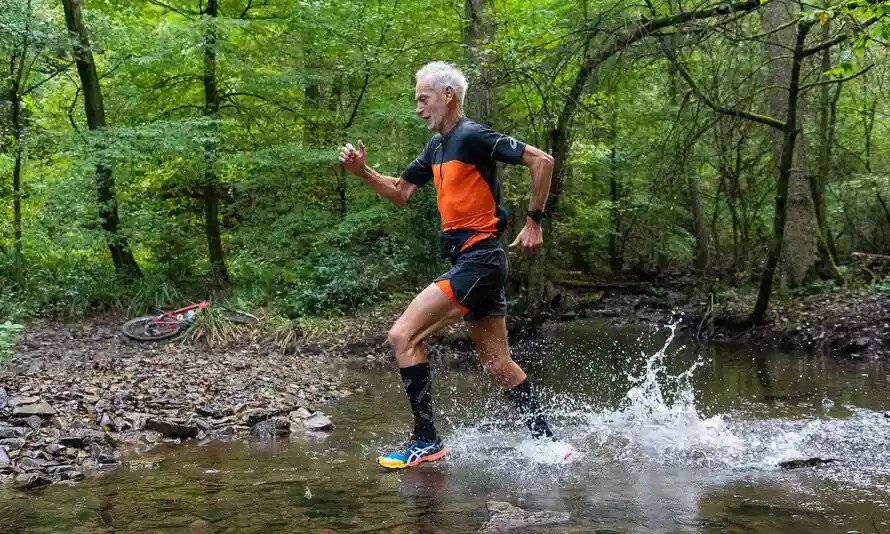 Incredibly it was Schoonbroodt’s 75th sub-three-hour marathon, and it came only four weeks after his 74th at the Rotterdam marathon. For good measure, the flying Dutchman also holds a number of ultra running records. He is clearly no ordinary Jo. But the secrets of his success might surprise you.

“Most runners train too hard. I do a lot of my training with groups who run very slowly. And then I build on these basics with some faster interval training. But I don’t do the same stupid distance 10 or 20 times – I prefer to have a lot of fun with my running.”

Schoonbroodt often runs at nine- or 10-minute mile pace, far slower than the 6:38min miles he ran for 26.2 miles to set his world record, but he says the crucial thing is he listens to his body. “A lot of people follow a training plan or coach and push on even when their body is saying: ‘No, this is not a good day to do it.’ But if you go out the door and just do what you feel, it’s easier to keep running and stay injury-free.”

He also dismisses the idea that runners need to do anything special with their diets. “Diet? No, no,” he scoffs. “No diet! I eat double portions, of course, with all these calories I burn. I love pasta and potatoes. But whatever is on the table, I eat it.”

He has a similarly relaxed attitude when it comes to alcohol. “I prefer the French wine and the Belgian beer. Not too much, and mostly on weekends. Wine is just a grape drink, so it’s made from nature. And Belgian beer is special. And if you do all this with your body,” he adds, referring to the 85 miles he still runs each week, “you need to give it something back. And this is what I give back to the body!”

Schoonbrot is a former IT worker and can tell the exact day he started running – 1 January 1986 – and how many kilometres – 120,000 – he has done since. But he stresses he was no natural. At first people called him Jogger Jo, because he was slow. Nowadays he gets called the Grey Kenyan – a nickname given to him years ago by a race announcer as he blasted past athletes a third of his age.

Being a late bloomer, he believes, has actually helped him because his ego never had to worry about chasing faster times of his youth. “Because I started so late, I missed my best years. But that’s no problem. Everything is still new to me.”

Schoonbroodt also cites the new range of carbon-plated “super shoes”, which have swept the running world over the past five years, as a key factor. On Sunday he ran in the Asics Metapeed Sky, and has been an ambassador for the Japanese company for the past four years, preaching the positive benefits of exercise to sceptics and lapsed practitioners.

But while Schoonbrodt’s achievements are exceptional, he is not the only old master to defy conventional wisdom. Several men older than 70 have run a sub-three-hour marathon – the first of whom, Ed Whitlock, who died in 2017, also ran a 3:15 marathon after turning 80.

So what might explain this phenomenon? John Brewer, a sports scientist at the University of the West of Scotland, points out that while we experience a 10% decline in muscle mass every decade as we age, the decline isn’t as sharp for endurance. “The scientific evidence shows that you can maintain your aerobic capacity – your Vo2 max – very effectively into old age,” he says.

“And if you look at where we are now compared to 40 years ago, the advances in nutrition, sports science, recovery and technology, all mean that it is more feasible for people in their 60s and 70s to produce good performance if they follow the right training.”

Brewer, who was also part of England’s backroom staff for the 1990 World Cup, says Schoonbrodt’s story carries another message – that it is never too late. “People think they can’t turn it around after years of no exercise or poor diets,” he says. “Well, actually you can.”

Schoonbroodt, meanwhile, has no plans to put his feet up. “My next marathon is in two and a half weeks, on an old Roman road built 2,000 years ago,” he says, the excitement obvious. It will be his fifth in 2022. And with that he is off. After all, the quest for a 76th sub-three-hour marathon waits for no man. Not even one who is 71. 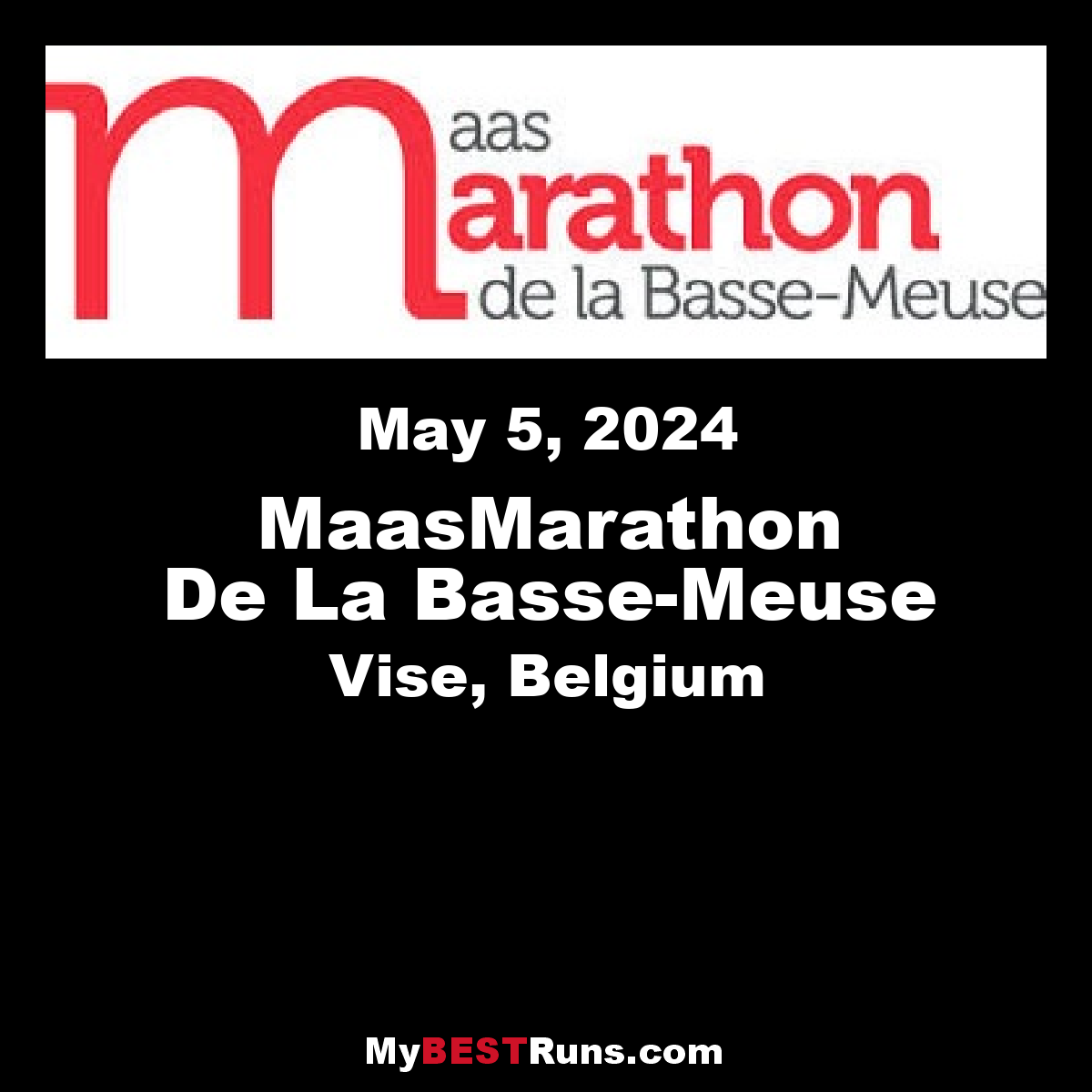 Ever since the initial steps, in 1999, all the organizers, the towns, cities and municipalities involved in this 26.2 mile challenge have constantly been expressing their delight at their investment. Over the years, we have noticed the marathon participants looking for races that are able to offer an extra and original dimension in terms of the circuit and activities. We...