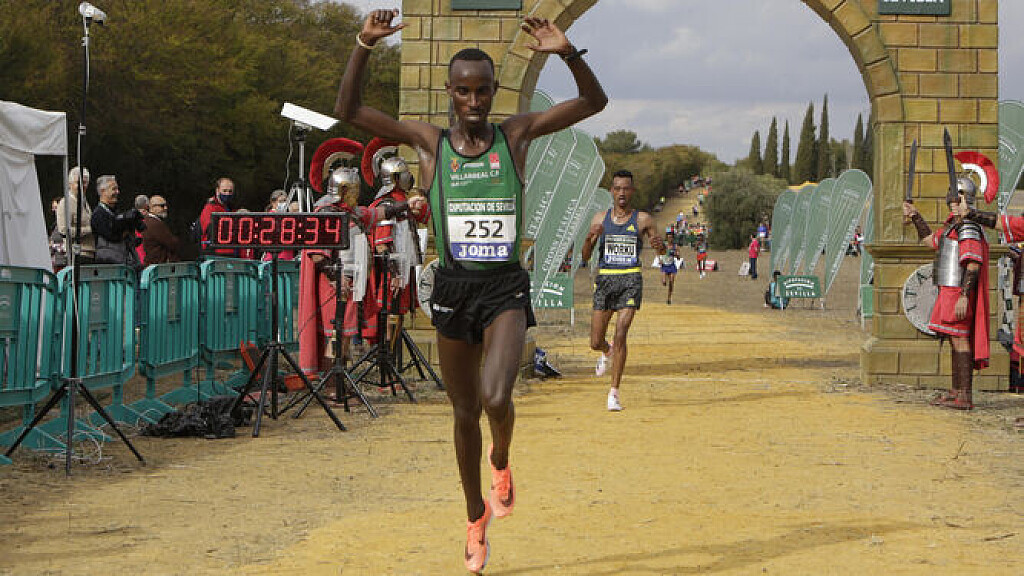 Kenya’s Norah Jeruto and Burundi’s Rodrigue Kwizera secured victories at the Cross Internacional de Itálica on the outskirts of Seville in what was the fifth World Athletics Cross Country Tour Gold meeting of the season, held (21) on a cloudy but dry day. 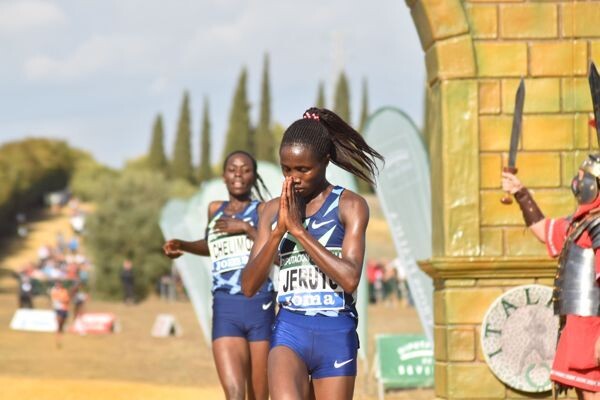 While Jeruto and Chebet took charge of the pacing duties, Teferi and Daniel ran at the back of the lead pack. Just before the halfway point, Chelimo made contact with the lead group and moved to the front alongside Chebet and Jeruto. Daniel, meanwhile, began to lose contact after the fourth kilometre as the race became a duel between the Kenyan trio and Teferi.

Half way through the final circuit, Teferi couldn’t live with the pace being set by Chelimo and Jeruto. Chebet lost ground on her compatriots in the final kilometre, leaving Jeruto and Chelimo to battle for victory. 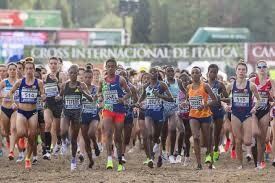 It briefly seemed as though the long-legged Chelimo would reel in the long-time leader, but Jeruto, who this year clocked a world-leading 8:53.65 in the steeplechase to move to third on the world all-time list, found an extra gear in the home straight to win marginally ahead of Chelimo, herself two seconds clear of Chebet.

The men’s 10.1km event began at a moderate pace, set by the Spanish duo of Carlos Mayo, a 27:25.00 10,000m performer, and the 40-year-old Ayad Lamdassem, a creditable fifth at the Tokyo Olympics in the marathon. Shortly before the third kilometre, world U20 3000m champion Tadese Worku moved to the front to whittle down the leading group to six other men: fellow Ethiopian Nibret Melak, Uganda’s Thomas Ayeko, Eritrea’s Aron Kifle, Kwizera, Mayo and Abdessadam Oukhelfen.

The first significant move came some 15 minutes into the race when Kifle, the winner in Atapuerca last weekend, put in a surge to leave Ayeko and the Spaniards behind within a matter of seconds. Kifle and Worku then took turns at the front with Melak and Kwizera tucked behind.

Throughout the closing loop, Worku tried to shake off Melak, Kwizera and Kifle, but Kwizera was able to stick to the teenager’s relentless pace. After negotiating the tricky final bend, Kwizera overtook Worku with relative ease to take the biggest win of his career so far in 28:33, one second ahead of the defending champion Worku, while Melak secured third spot in 28:42, seven seconds clear of Kifle.

“Winning the Itálica permit is incredible for me,” said 22-year-old Kwizera, who finished 11th at the 2019 World Cross Country Championships. “I’m doing very well this cross country season and hope to maintain this. I feel very comfortable in cross country races but I also would like to improve my career bests on the track (13:34.65 for 5000m and 28:21.92 for 10,000m).”

The Cross Internacional de Itálica is an annual cross country running competition it will be held on 21st of November in Santiponce, near Seville, Spain. Inaugurated in 1982, the race course is set in the ruins of the ancient Roman city of Italica. As one of only two Spanish competitions to hold IAAF permit meeting status, it is one of...