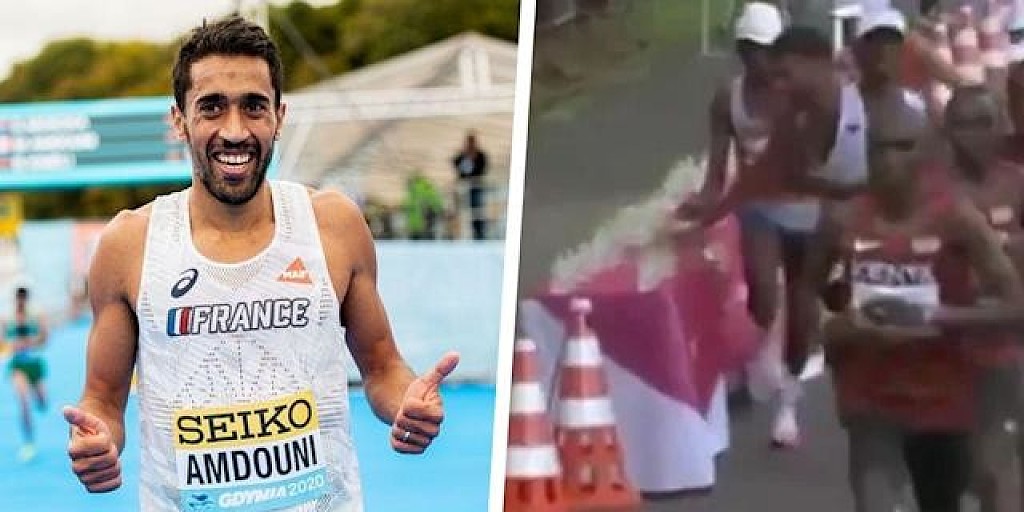 There was a hugely controversial moment during the men's marathon at the Tokyo 2020 Olympic Games as France's Morhad Amdouni knocked over a row of water bottles and then picked up the last one. Amdouni was criticised on social media for his actions, but he has released a statement to defend himself.

French marathon runner Morhad Amdouni has defended himself after knocking over a row of water bottles at a rehydration station during the men’s marathon at the Tokyo 2020 Olympic Games, saying they were too “slippery” for him to pick up.

Amdouni sparked controversy when he appeared to deliberately knock over every bottle at the station before grabbing the last one for himself. 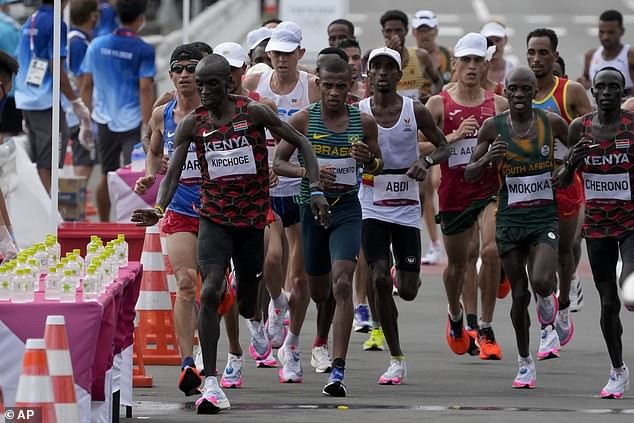 Amdouni, who finished 17th in the race, six minutes behind winner Eliud Kipchoge, was criticized on social media for unsportsmanlike behavior.

But he has released a statement defending his actions, along with a close-up video of him knocking over the bottles. 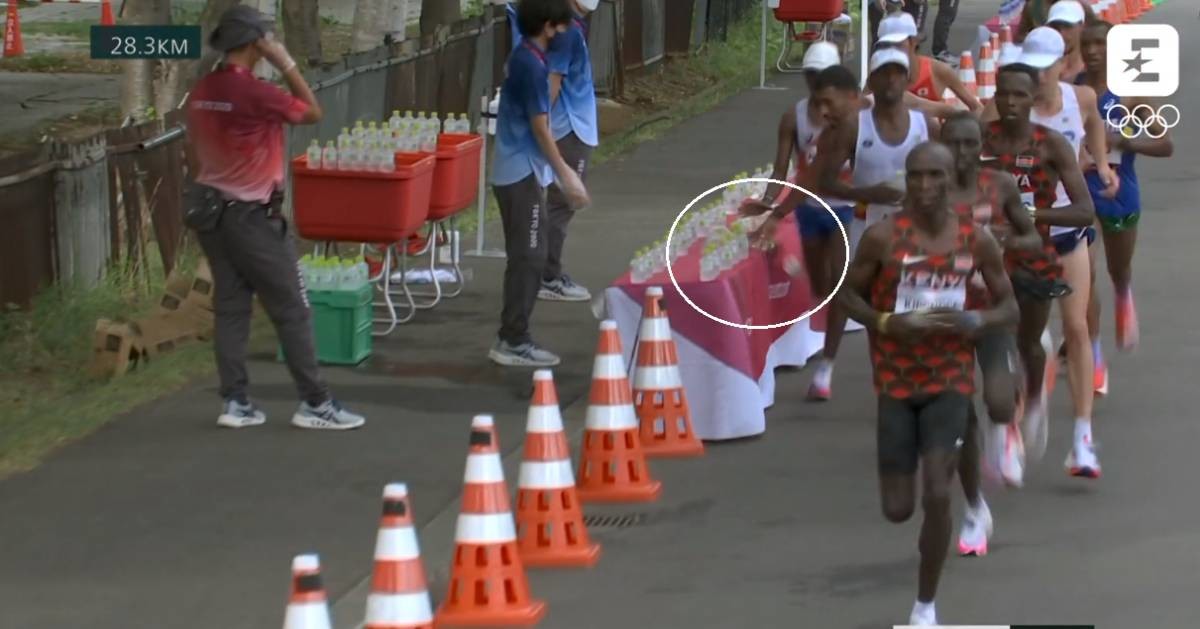 “To put an end to all the controversy from the video, I show this video to actually understand what happened.

“To guarantee freshness to the bottles, they are soaked in water, which makes them slippery. However, it is clear that I am trying to get one from the beginning of the row but they slip as soon as we touch them.”

The marathon was run in temperatures of 27 degrees and 30 athletes dropped out over the course of the race.

Kipchoge defended his marathon gold medal with an imperious display.

The 36-year-old Kenyan pulled clear with 10 kilometres to go to finish a full 80 seconds ahead of the Netherlands’ Abdi Nageeye, crossing the line in 2:08:38.

Kipchoge is just the third man in history to win consecutive Olympic marathon titles, adding yet another record to a glittering career.