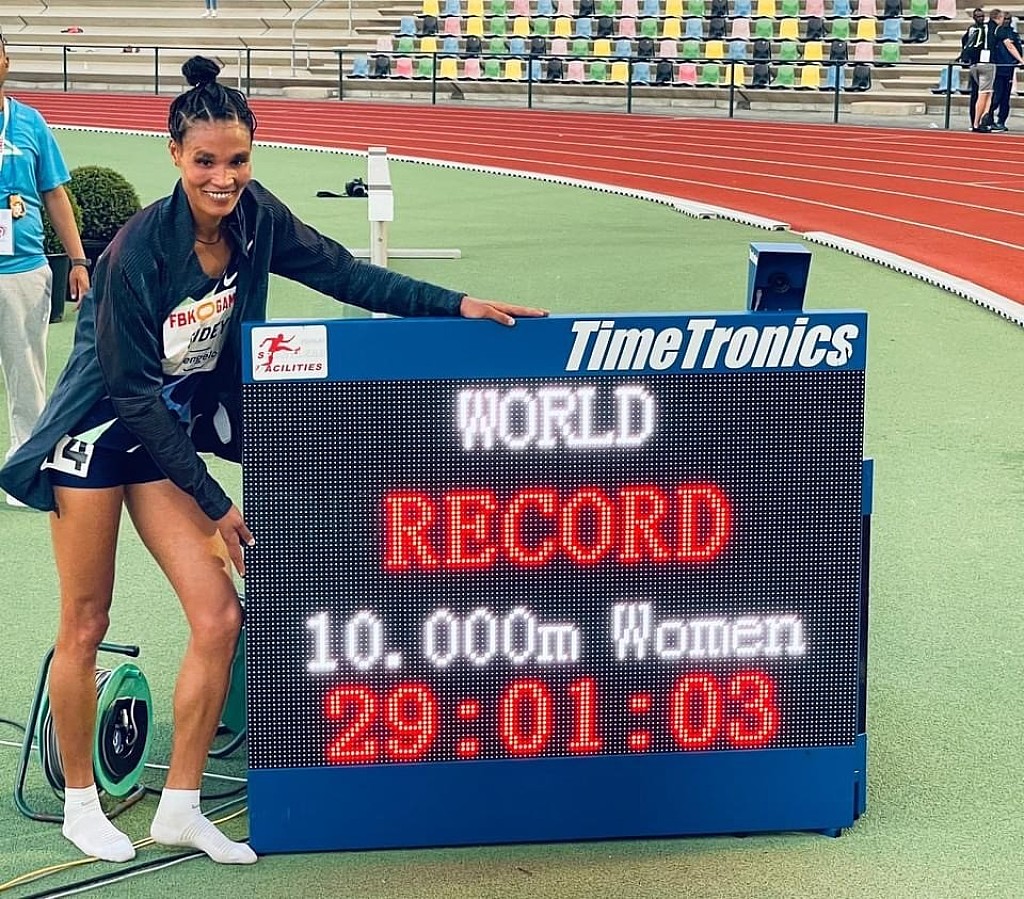 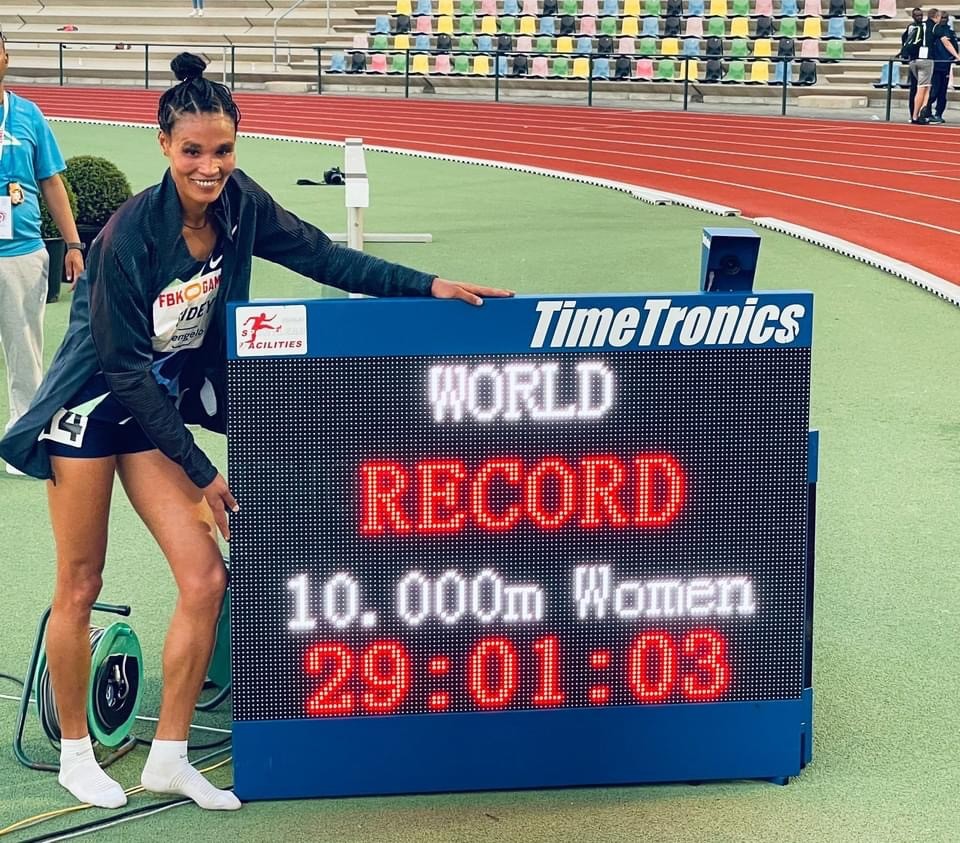 Gidey, who on Oct. 7 broke the 5000m world record, clocked 29:01.03 at the Ethiopian Olympic Trials (yes, the Ethiopian Trials are being held in the Netherlands). She took 5.79 seconds off Hassan’s record from Sunday. 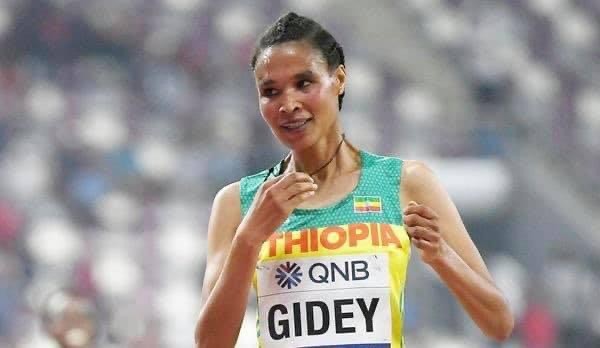 Hassan, an Ethiopian-born Dutchwoman, brought the record down 10.63 seconds from Ethiopian Almaz Ayana‘s winning time at the 2016 Rio Olympics.

In total, 30.75 seconds have been taken off the world record starting with Ayana in Rio. Before that, the mark of 29:31.78 set by dubious Chinese runner Wang Junxia had stood since 1993, and nobody else had run within 22 seconds of it.

All four men’s and women’s 5000m and 10,000m world records have been broken over the last 10 months. Runners have benefited from technology — new spikes and pacing lights on the track.

Gidey, 23, was previously briefly expelled from school for refusing to run in physical education classes.