Adventurous Trail Running Is Good for Your Mental Health

Trail running taps into something that road running does not: a sense of adventure that comes from rambling through the woods, hopping from step to step around rocks, roots and ruts, surrounded by nature in all her glory. Some of us - maybe all of us, deep down - have an innate need for adventure. We crave it.

A paper published in the Journal of Adolescence (2016) titled, "Mental Benefits of outdoor adventures: Results from two pilot studies," investigated mental health benefits of outdoor and adventure education programs. Studies on the two separate groups, one a school group of 14-year-olds who hiked through the Alps for nine days, and one a group of adults who spent eight days in the Norwegian wilderness, found notable mental health benefits. Participants reported improved life satisfaction, increased mindfulness, self-efficacy and decreases in the perceptions of stressful demands. 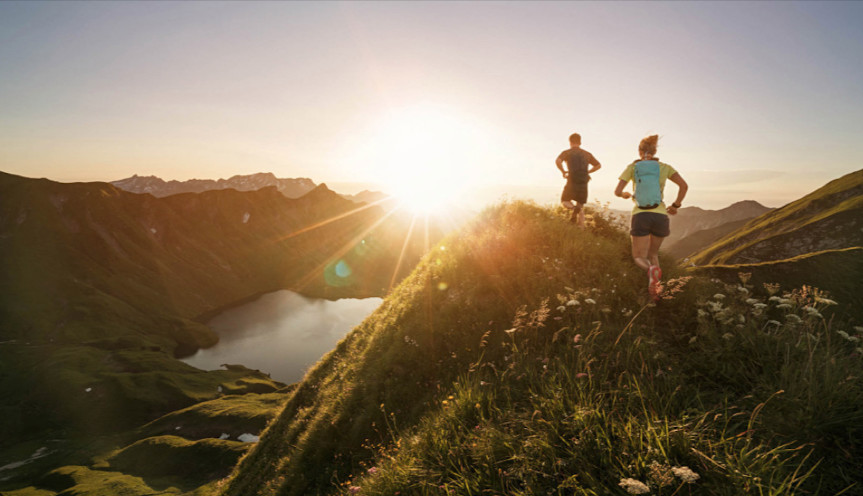 This may all sound obvious: It's why companies like Outward Bound exist, and why many of us head to the hills when we're stressed.

But the question is this: Do we all have an innate need for adventure? And if so, how can we maximize the benefits from mini-adventures such as short and safe trail runs?

"Even a short trail run can spark joy in our day-to-day aspect by allowing our minds to be activated on the task at hand, which requires much more focus than a road run," says Dr. Hillary Cauthen, Psy.D., CMPC, executive board member for the Association for Applied Sport Psychology. "Because of the varying movements, and the excitement of what's to come, trail running has a beautiful quality of activating creativity and imagination," she adds. "Being in this wanderlust situation, and moving in a somewhat childlike way, allows freedom and creativity to come to you."

It's not that road running doesn't allow any mental health benefits - far from it. Cauthen ran track and cross country at the University of New Hampshire and Miami Ohio, and now runs both roads and trails in Austin, Texas. She points out that the relaxing repetitive movement of road running's linear process allows us to focus on calming thoughts and breath control.

But trail running's varying movements and immersion in nature activates our minds in a different way. "Especially trail runs that are adventurous, where you think, 'Maybe I'll veer off on this trail, it looks fun,'" she says. "Get lost in the woods for a moment and you come out feeling free."

When we have these little adventures afforded by trail runs, even runs on dirt paths in urban parks, we're outside of our regular comfort zones. Finding confidence in completing a trail run, according to Cauthen, can lead to better productivity, higher endorphins, greater happiness and a greater ability to regulate our emotions.

"Those feelings are contagious," she says, "and can lead to better relationships, and a better work life balance." Cauthen adds that trail runs, where we have childlike moments of exploration and our bodies can sometimes feel a little out of control, can help us feel calm.