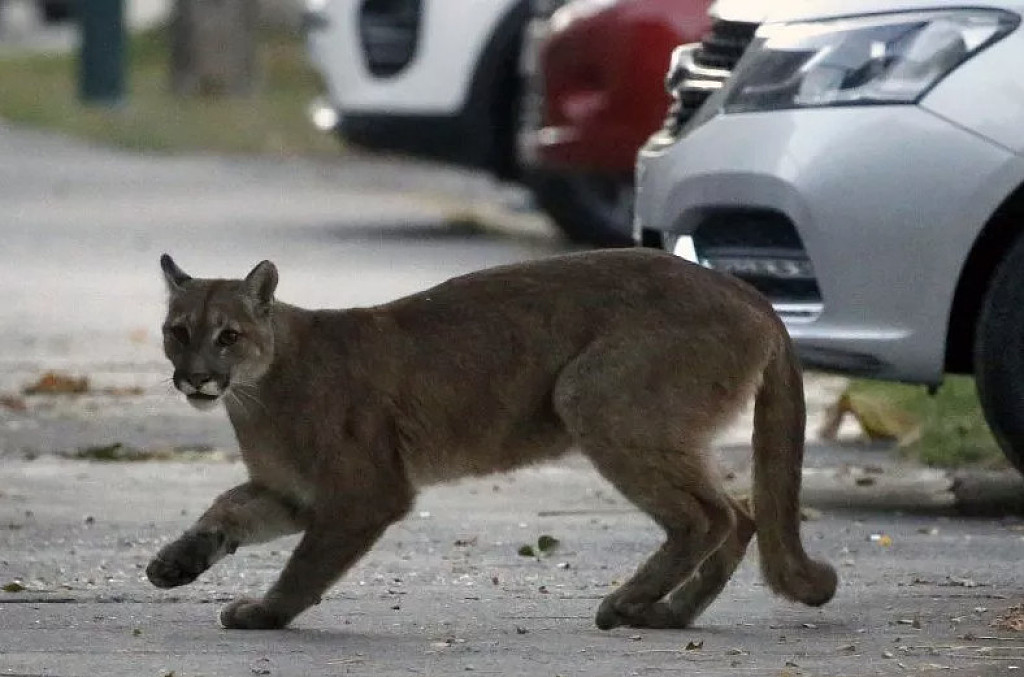 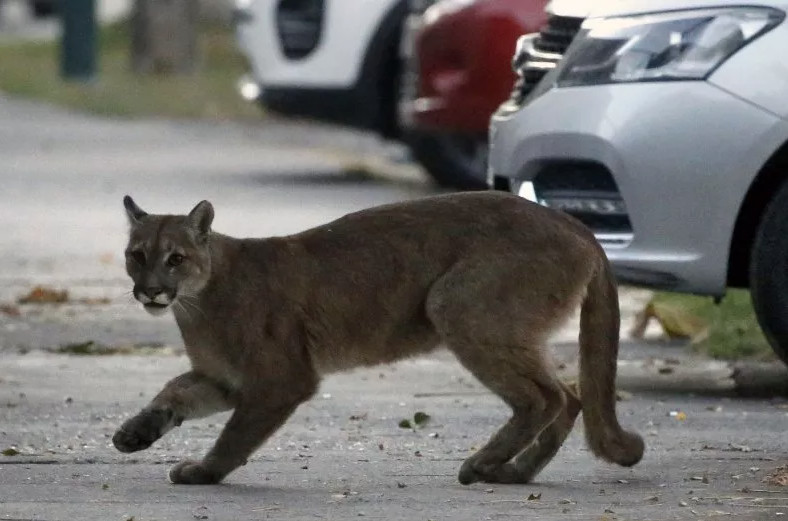 One hiker's recent encounter with a cougar was frightening enough to get the Humane Society of the United States to weigh in and offer survival tips.

On Saturday in Slate County, Utah, Kyle Burgess was chased by a cougar who was protecting her cubs for a horrifying six minutes, CBS reported. The 26-year-old appeared to be alone on his hike, and fortunately escaped unscathed after making loud noises at the ferocious feline.

The video of the encounter went viral, and even captured the attention of the Humane Society's president and CEO, Kitty Block. She tweeted a reminder of what to do if you see a cougar while hiking, and commended Burgess for his defense "The viral video of a runner & a mother cougar defending her kittens shows how critical it is to stay calm in these rare incidents," Block wrote on Tuesday. "He did the right thing slowly backing away & yelling. It's crucial to exit the conflict ASAP."

The Humane Society of the United States has also promoted its specific guidelines on what to do, should you encounter a cougar out in the wilderness. 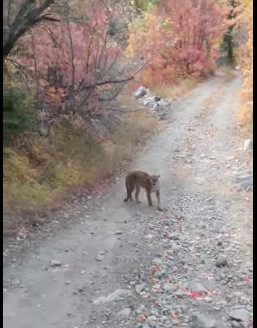 First off, you shouldn't run if you see a cougar. "Running will provoke the predatory chasing behavior of cougars, as it would with other predators such as bears, coyotes, and wolves," the HSUS states. You should also pick up small children or pets that are with you.

Make sure to face the cougar directly, but keep your eyes on the cougar's feet. By avoiding looking into their eyes, you won't look aggressive.

If a cougar "displays aggressive behavior try to appear larger," you should raise your arms or "open your jacket over your head" to look larger as well. You can also do this by making noise; "yelling, blowing a whistle or an air horn" is recommended.

You can also use an umbrella to help fend off an attack by quickly opening and closing it while facing the cougar.

Just don't approach the cougar or make it feel cornered in. You should give it "ample space to run away" for when it decides to do so. If you also encounter the cubs, make sure that you don't "get between them and their mother."

In the rare instance that a cougar does attack, you should fight back any way that you can. In the past, people have fought back at these animals with sticks, their hands, baseball caps and garden tools. There are no repellants available for cougars specifically, but using pepper (capsaicin) spray or even a fire extinguisher, can prove to be helpful.

In the six-minute video of Burgess' brush with a cougar, viewers can see the creature following him in attack mode. "Go away!" he yells at the cougar. "Please, go away. I'm big and scary." He also made loud noises as the cougar approached him, baring its teeth.

"Dude, I don't feel like dying today," Burgess says at one point, while the cougar runs towards him, claws out. "Go with your babies." He curses under his breath while trying to escape the cougar. Ultimately, he throws a rock at the big cat, which sends it away.

"You see the two cubs and one kind of runs off, but then I didn't notice mom was right there and that's when I knew it was not a good situation to be in," Burgess told CBS News. "Those six minutes were so long for me."