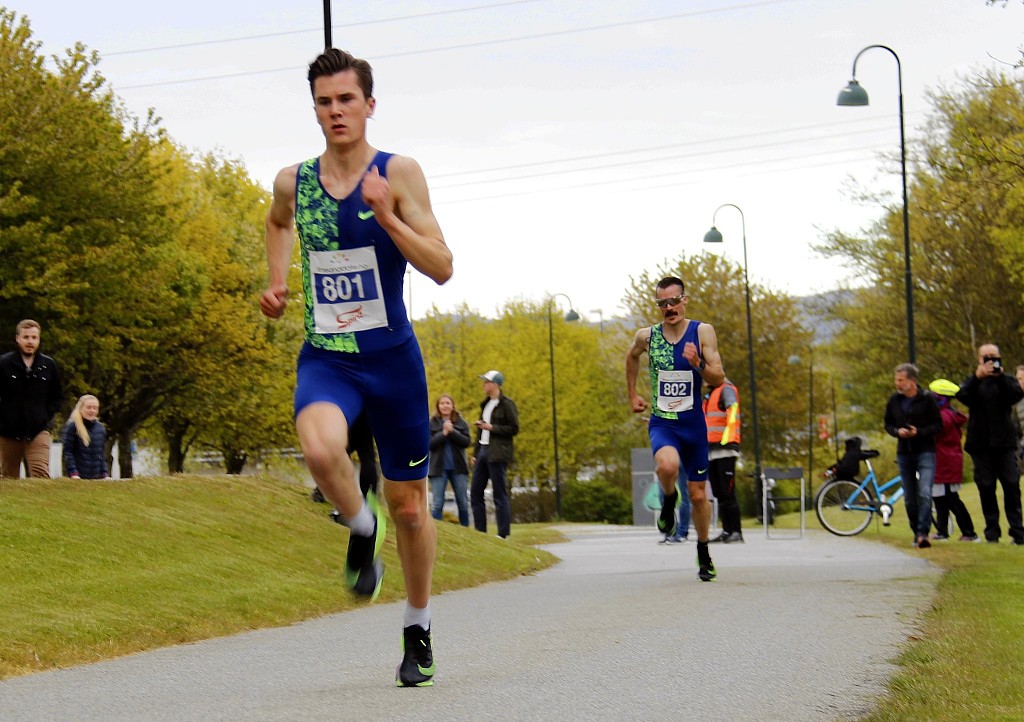 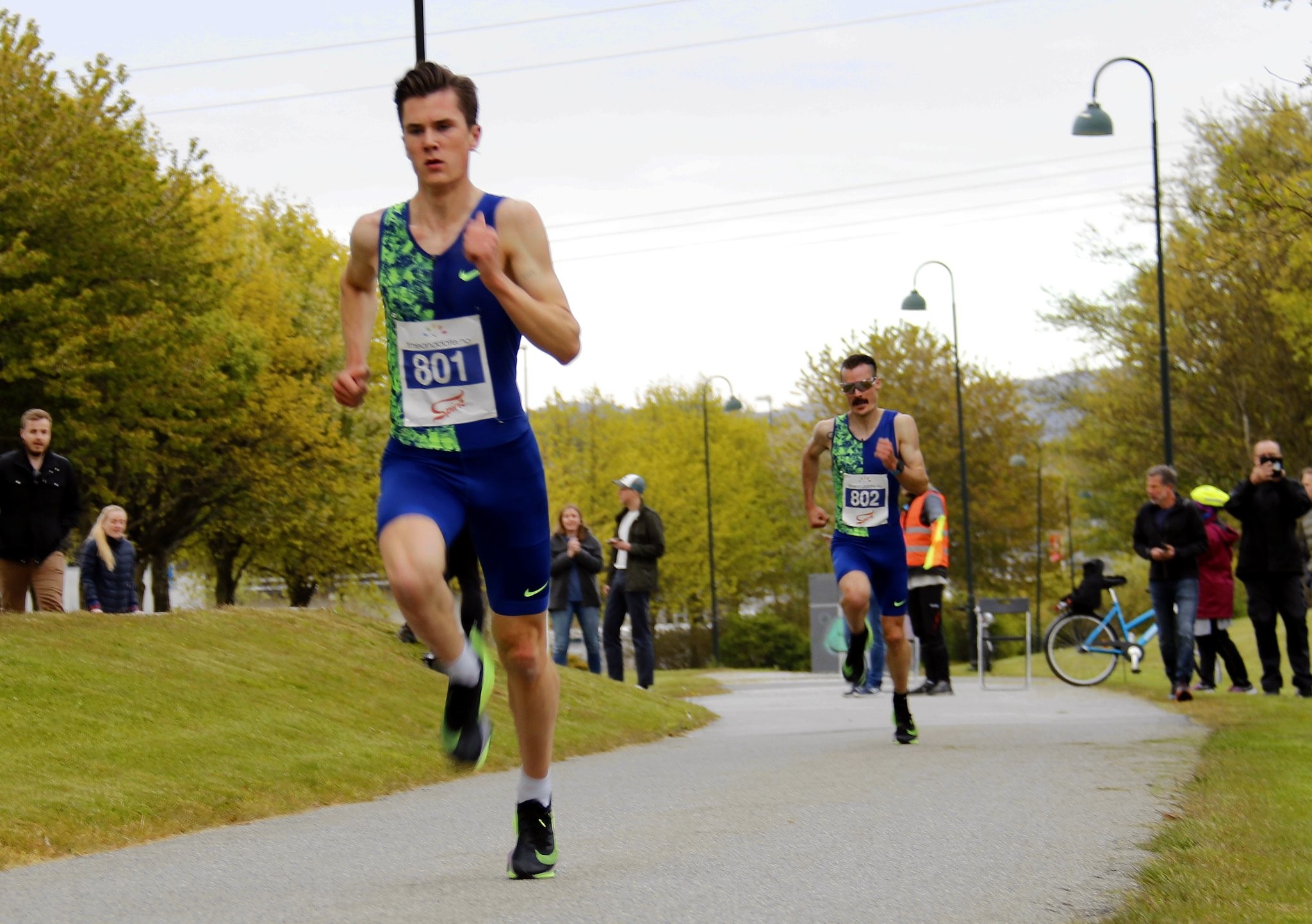 Jakob Ingebrigtsen stormed to a Norwegian 5km record in Stavanger on Wednesday evening, clocking 13:28 as road race action returned to the streets of Norway and the screens of athletics fans across the world. 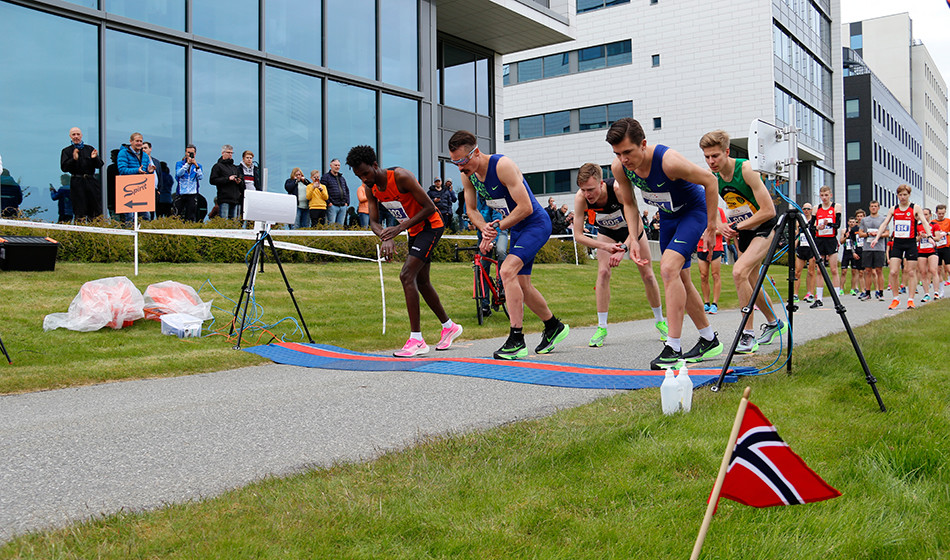 His brother Henrik was four seconds behind him and also inside the old record time of 13:37 which had been set by Sondre Nordstad Moen in Monaco in February 2019.

The race had been adapted to meet health and infection control rules because of the coronavirus pandemic and took place on a 2.5km loop course, with the five athletes in this particular wave starting in a grid format. 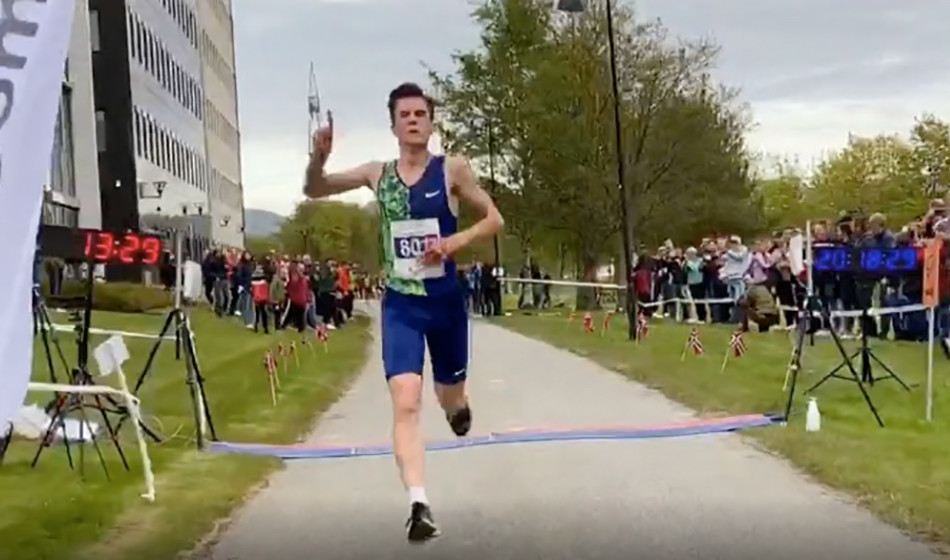 It was live streamed by Norwegian broadcasting company NRK, with fans around the world tuning in to watch.

On an overcast evening in the Norwegian city, Henrik was quickly to the fore, before the Ingebrigtsen brothers’ training partners Narve Gilje Nordås and Per Svela plus Zerei Kbrom Mezngi took turns at the front.

Jakob then came through and pushed the pace, holding his lead all the way to the finish line where he was welcomed by rows of spectators.

His first loop was timed at 7:00 before he sped up to complete the second half of the race in 6:28.

Running in another wave, Vienna Søyland Dahle clocked the quickest women’s time with 16:14.

“It was fun to finally get the start number on my chest again, but I had to wake the body up,” Jakob told NRK’s ​​Jann Post.

“Compared to the same time last year, I must say that I have taken a step in the right direction again.”

Henrik said: “The most important thing was not to go crazy compared to Jacob. I think I’m clearly fine. The body held and I feel I am where I should be in relation to Jacob.”

Ahead of the race, Gjert Ingebrigtsen, the father and coach of Jakob and Henrik (pictured below), had told NRK: “The most important thing for the boys is to have a good experience, to get started with the season.”

Neither Jakob, the double European champion in 2018, nor his older brother Henrik, the 2012 European 1500m winner, had ever previously competitively raced over the distance on the road but 19-year-old Jakob broke the Norwegian 10km record on his debut in October, clocking 27:54.

He was competing for the first time since winning his fourth under-20 title at the European Cross Country Championships in December, while for Henrik it was his first race since the 5000m final at the World Championships in Doha.

The course featured a few twists and turns, so fans were left wondering what else Jakob might be capable of over the distance on the road.

The fastest official 5km road time by a European athlete is Julien Wanders’ 13:29 from February 2019 but Jimmy Gressier has since clocked 13:18, with that time from February awaiting ratification. The world best is Joshua Cheptegei’s 12:51 from earlier this year. Those three performances were all achieved in Monaco.

Both Jakob and Henrik are set to race over 2000m at the Oslo ‘Impossible Games’ which is due to take place instead of the traditional Diamond League meeting in June.