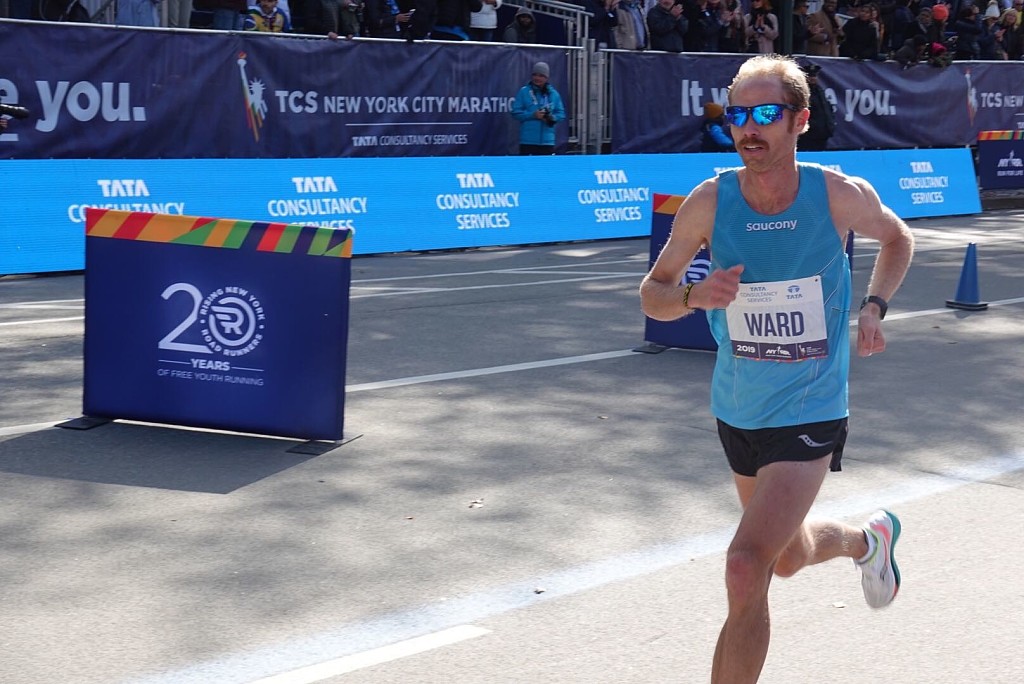 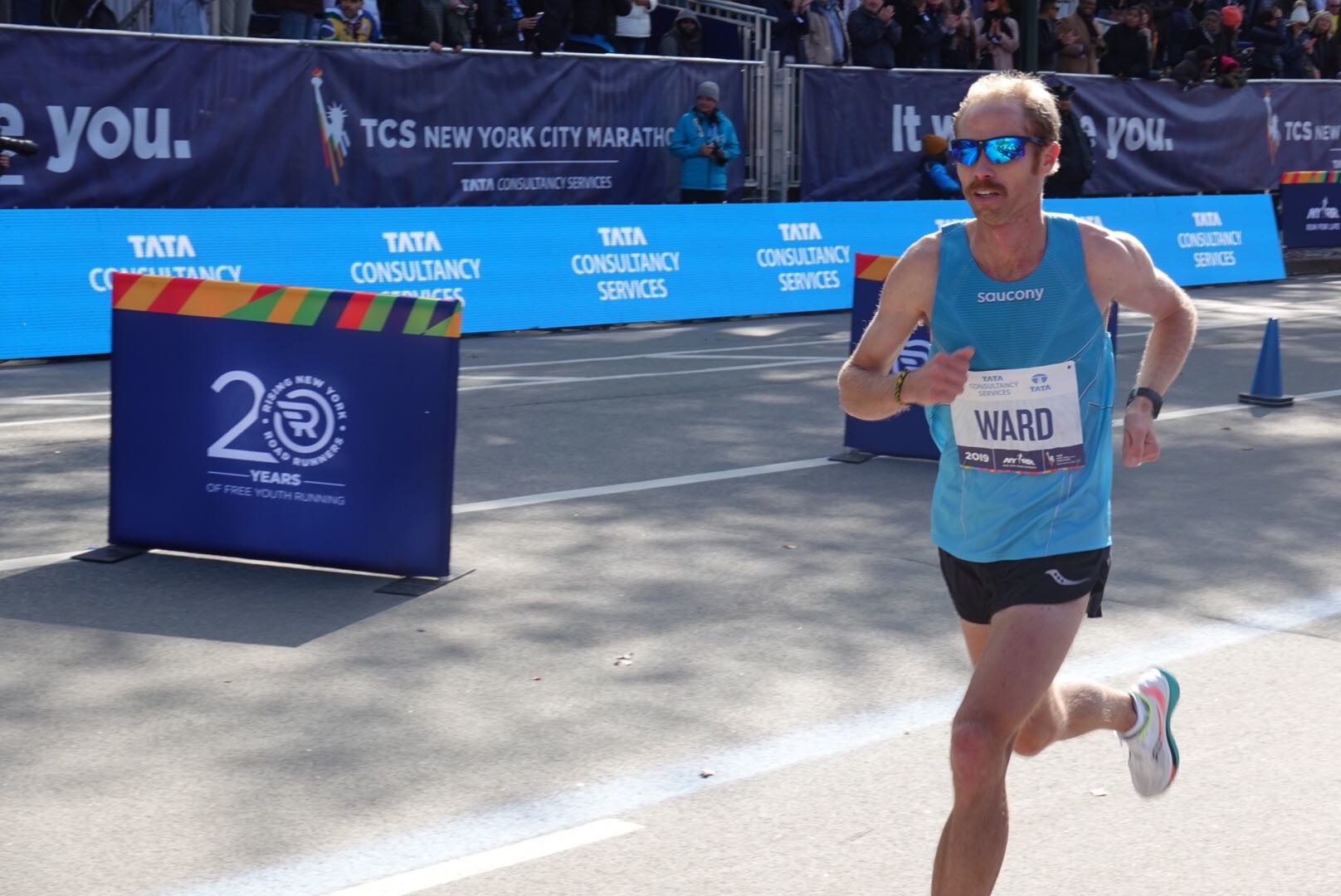 Next stop for Jared Ward is the the U.S. Marathon Trials in February

Jared Ward has been working on his confidence lately. He figures that’s an important part of improving his marathon game, good as it already is. His resume includes a sixth in the 2016 Rio Olympic Marathon, sixth at New York City last year, PR of 2:09:25 at Boston this spring.

To compete with the big boys … well, you gotta be there at halfway, hold on until 20 miles, and then bring it home. In Sunday’s 2019 TCS New York City Marathon, Ward got to 20 miles with the leaders. Then he had to deal with the effects.

“I was glad that I managed to put myself in there for so long, but the last three or four miles were really tough,” he said after finishing sixth in 2:10:45. “That was painful. There wasn’t much left in the tank. It’s scary to do something you haven’t done before. But if you want to get to the podium, that’s the only way.” 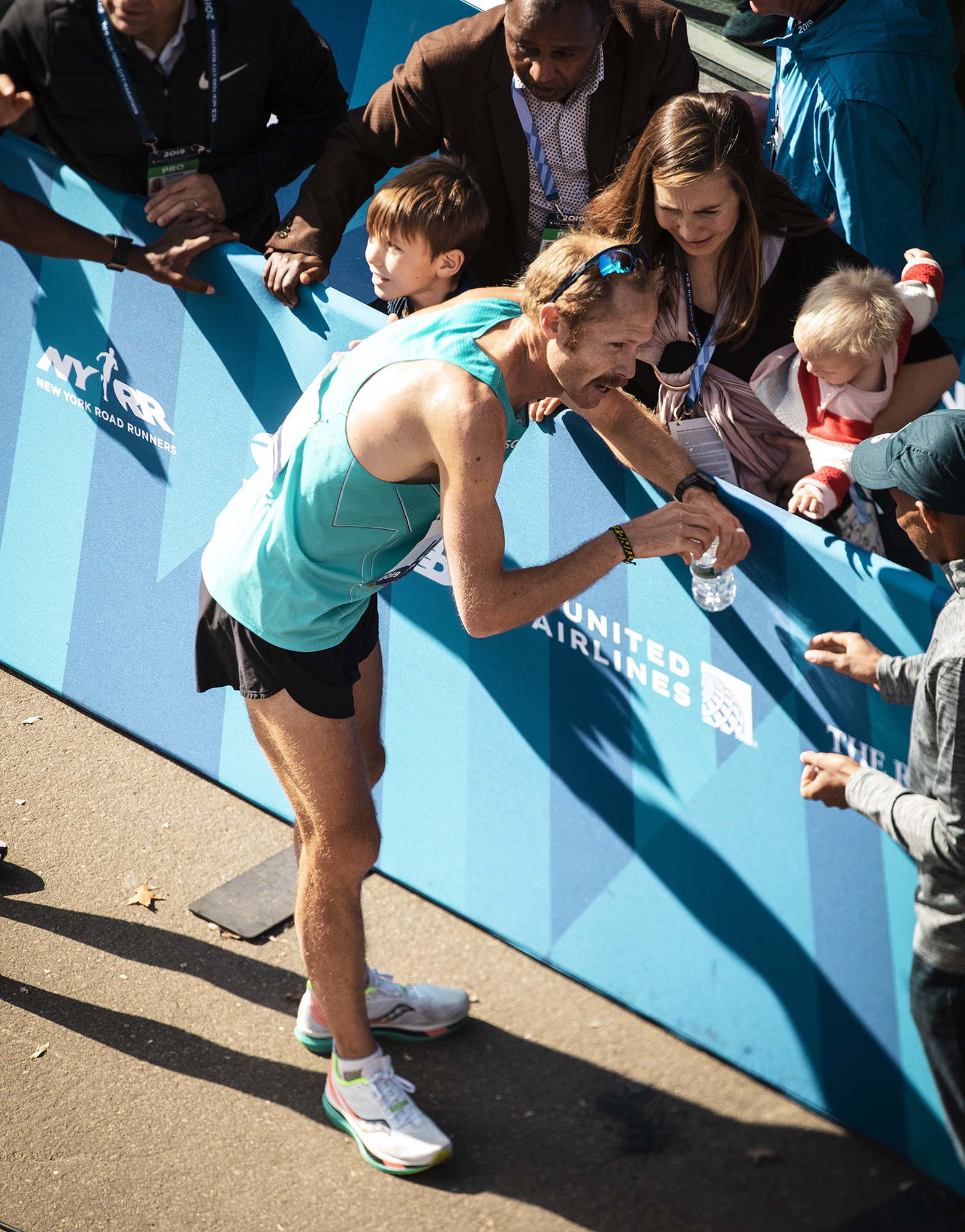 “I’m happy,” he said. “I wanted something that would solidify my breakthrough in Boston. I wanted to convince myself that I’ll be a different runner in the Marathon Trials in February than I was four years ago in Los Angeles.” Ward finished surprise third in Los Angeles and made the U.S. Olympic team for Rio.

The NYC Marathon does not use pacesetters, and a victory is much more important than your time (notwithstanding time-bonuses that kick in at 2:09:59 and faster), so the early pace in recent years has been moderate. Today, Shura Kitata started with a ludicrous 5:02 first mile on the uphill side of the Verrazzano-Narrows Bridge.

“The pace had been ebbing and flowing,” Ward observed. “I’d feel good one mile and not so good the next. When that happens, you just have to trust that you’ll feel better in a mile or two. Then they surged again and just didn’t come back.” 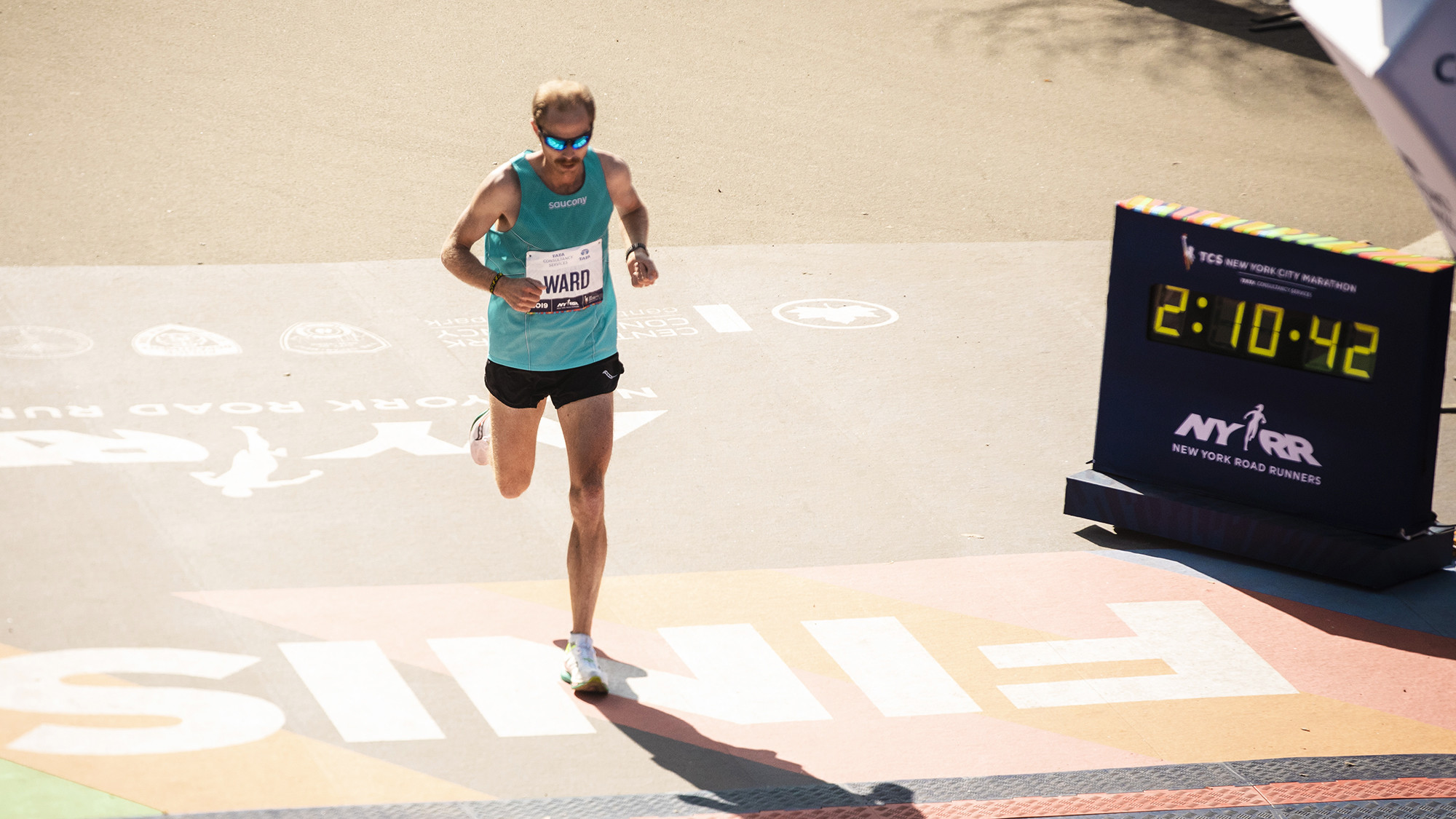 In Ward’s next marathon, the U.S. Trials on February 29 in Atlanta, he won’t be the one chasing everyone else. Indeed, many eyes will be on him—everyone’s number-one pick to finish in the top three—and many of his competitors will be gauging their pace against his.

“I don’t consider myself the favorite for Atlanta,” he said, “but I’m a statistician and I tend to make odds on races. Before the Los Angeles Trials, I figured I had a 35 percent chance of making the team. I think my odds will be a little better in Atlanta.”