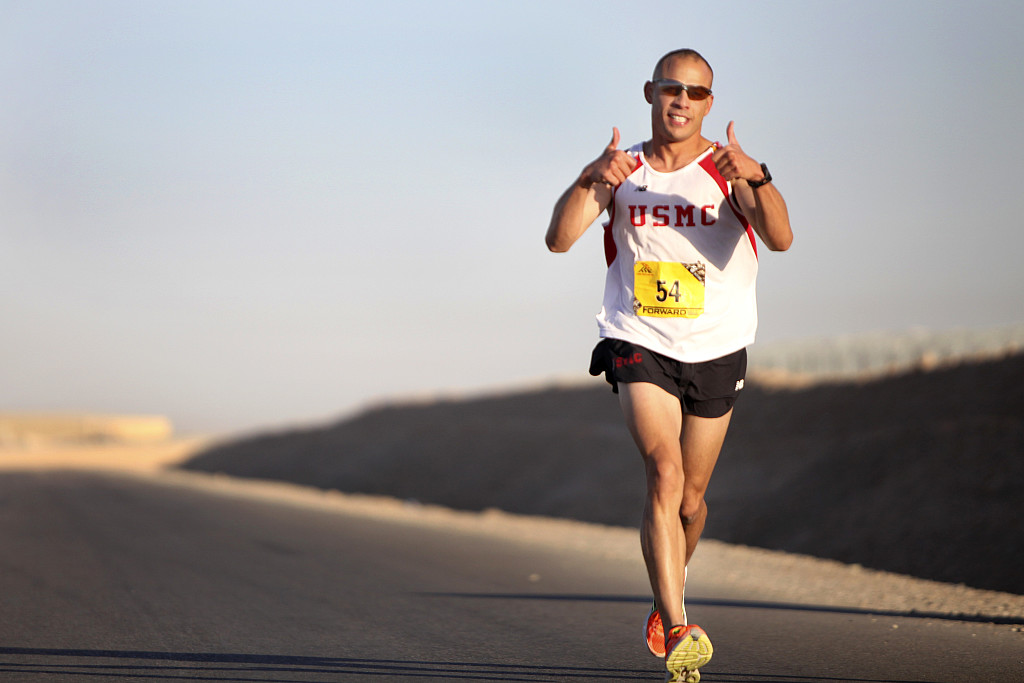 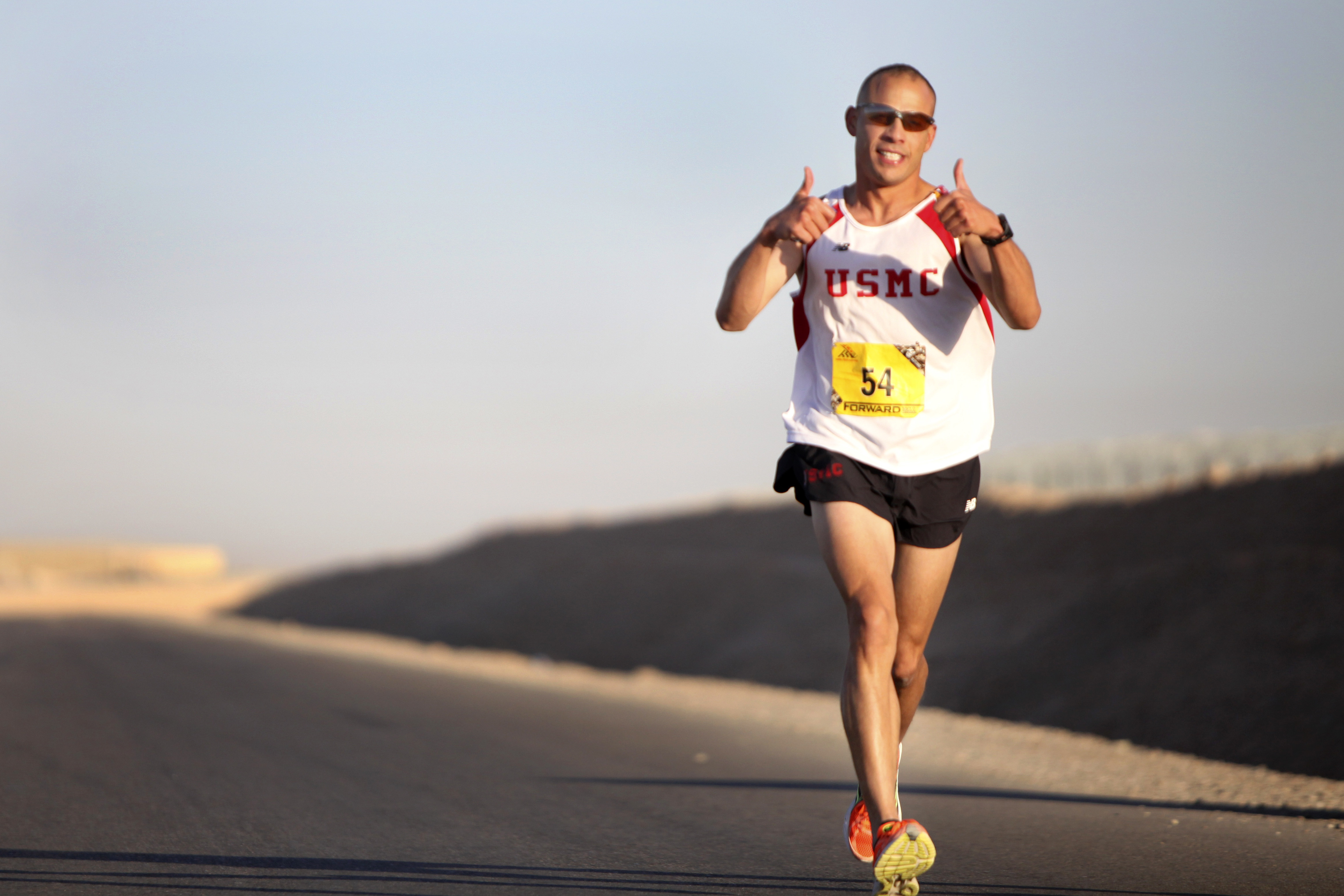 “Being a Marine is phenomenal, but being a runner in the Marine team is even better,” he said.

Rodriguez has run several marathons for the All-Marine running team since joining in 2015.

The Marine Corps has an award for the top active-duty Marine in the Marine Corps marathon. Rodriguez has earned that award in 2015, 2017, and 2018, but personal accolades are a small reason as to why he runs. 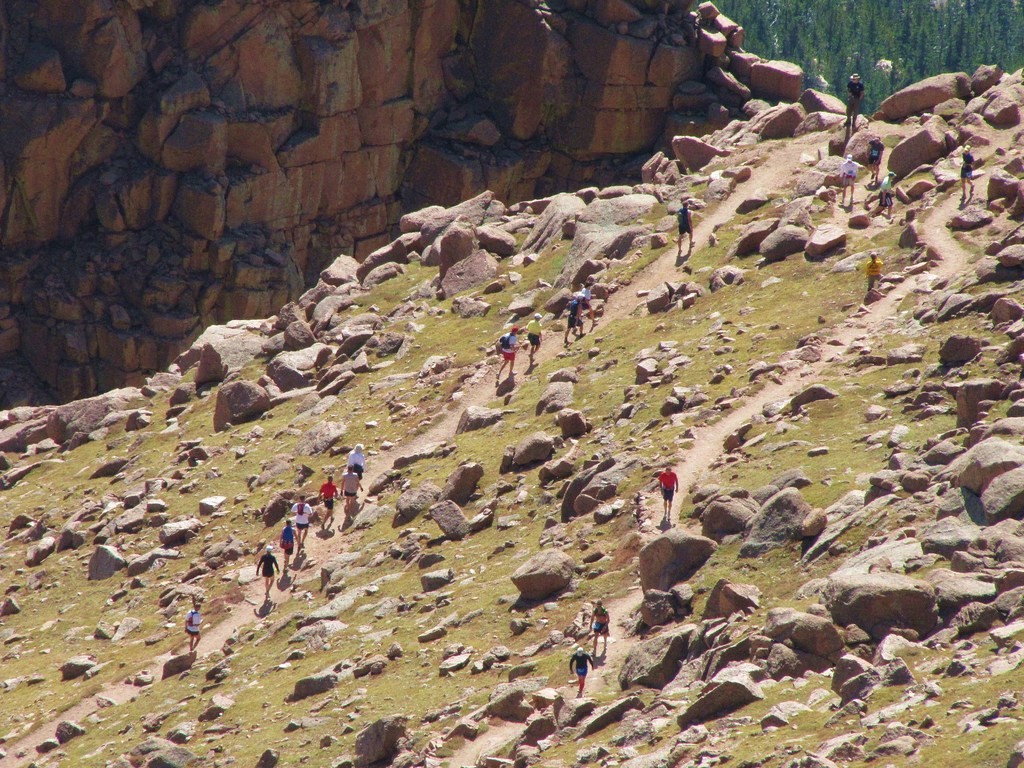 “When we line up on the start line with our teammates, there aren’t words that can describe that feeling,” he said. “When you have like-minded people that can share the similar story of going through boot camp or officer candidate school, and you’re wearing the same uniform. It’s very difficult to describe, but I wouldn’t trade it for anything.”

Along with his team in the Marine Corps, Rodriguez has a team at home for whom he runs.

“I want to be an example to my daughters, Mila and Sophia,” Rodriguez said. “I want to show them that if you have a plan to execute, you can accomplish any goal, whether that’s sports-related, academic-related or even just a personal goal.”

This weekend, Rodriguez is stepping off the road and heading to the mountains to run in his third Pikes Peak Ascent. The half marathon has an almost 8,000-feet elevation gain.“I love the city of Colorado Springs,” Rodriguez said. “Anywhere I go in the city I can see the top of Pikes Peak and it reminds me, ‘Wow, one, I have to get ready to run this race and, two, I’ve run it before, I’m going to do it again.'” 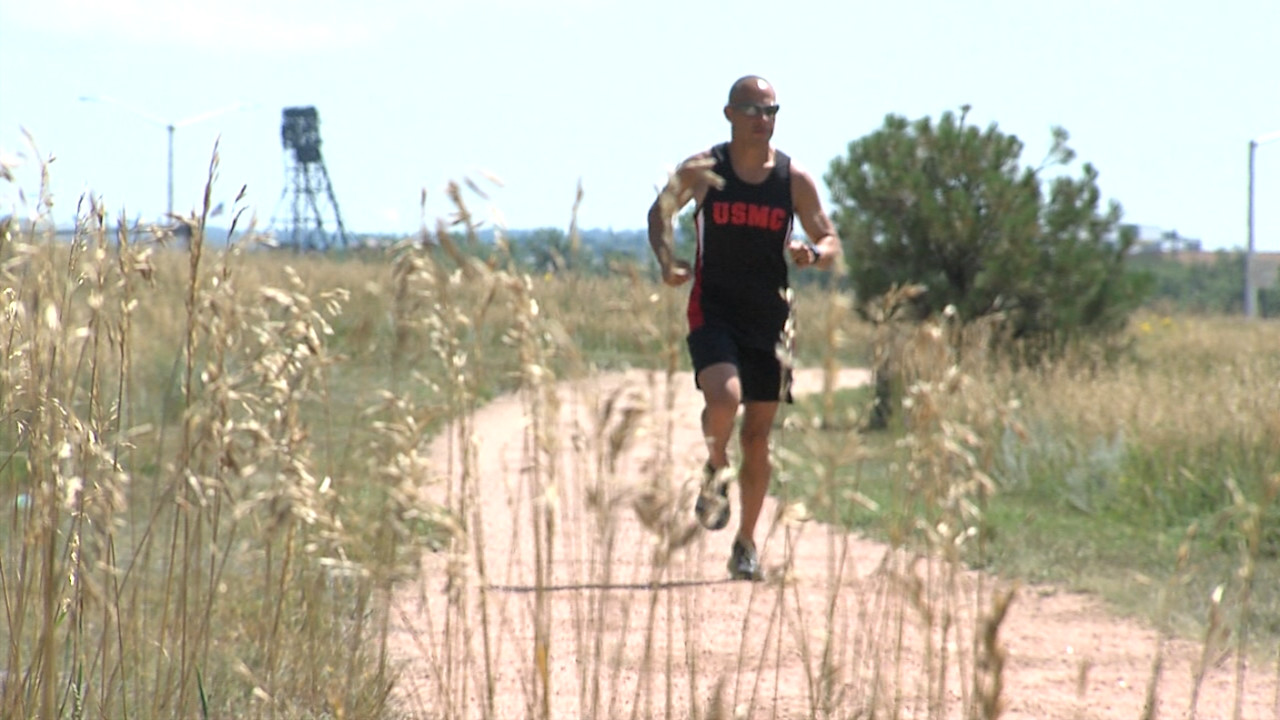 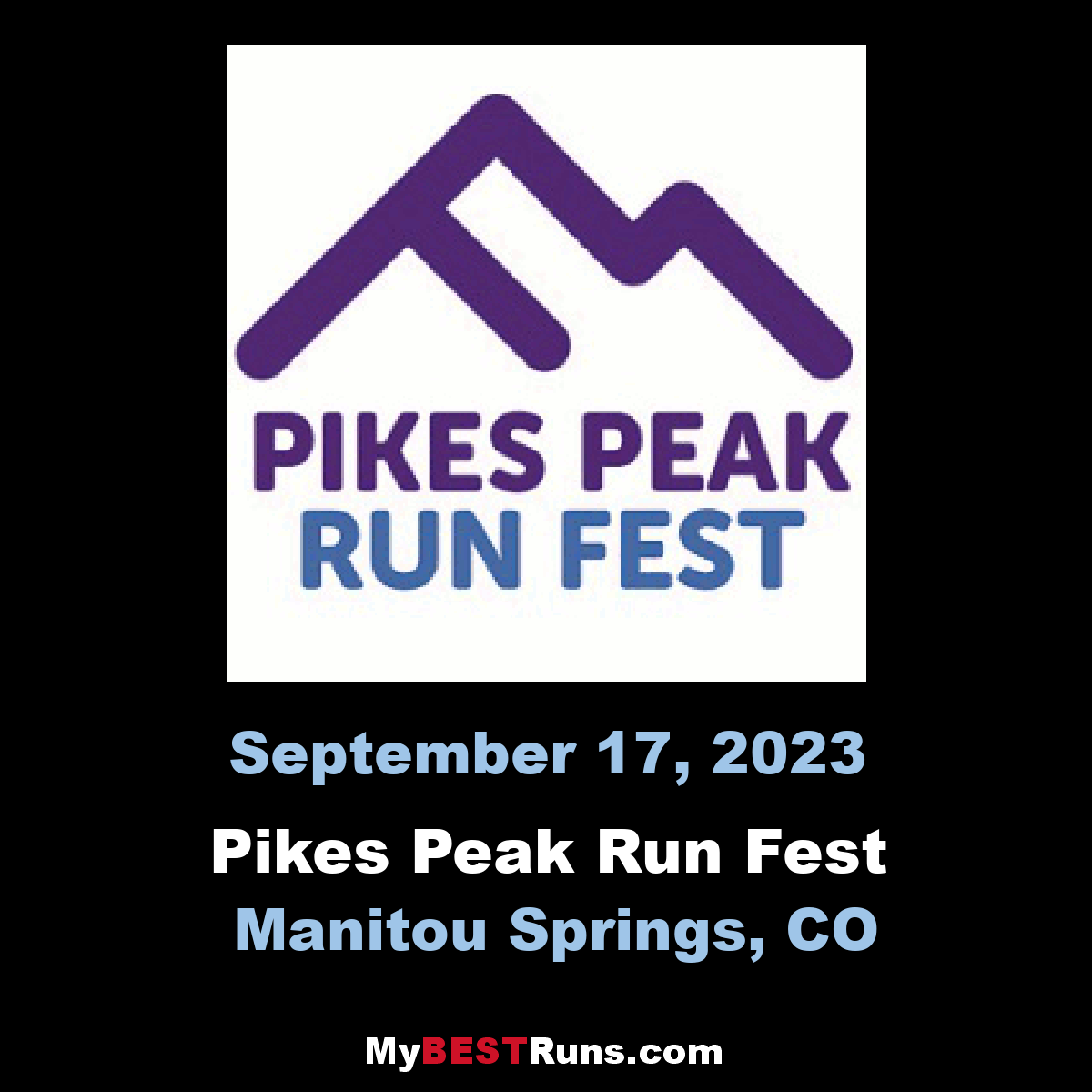