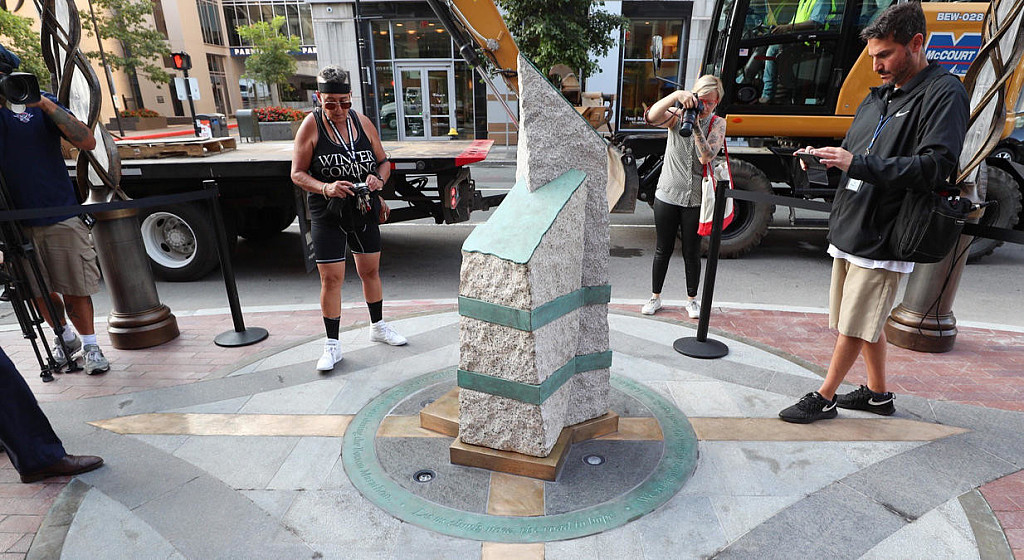 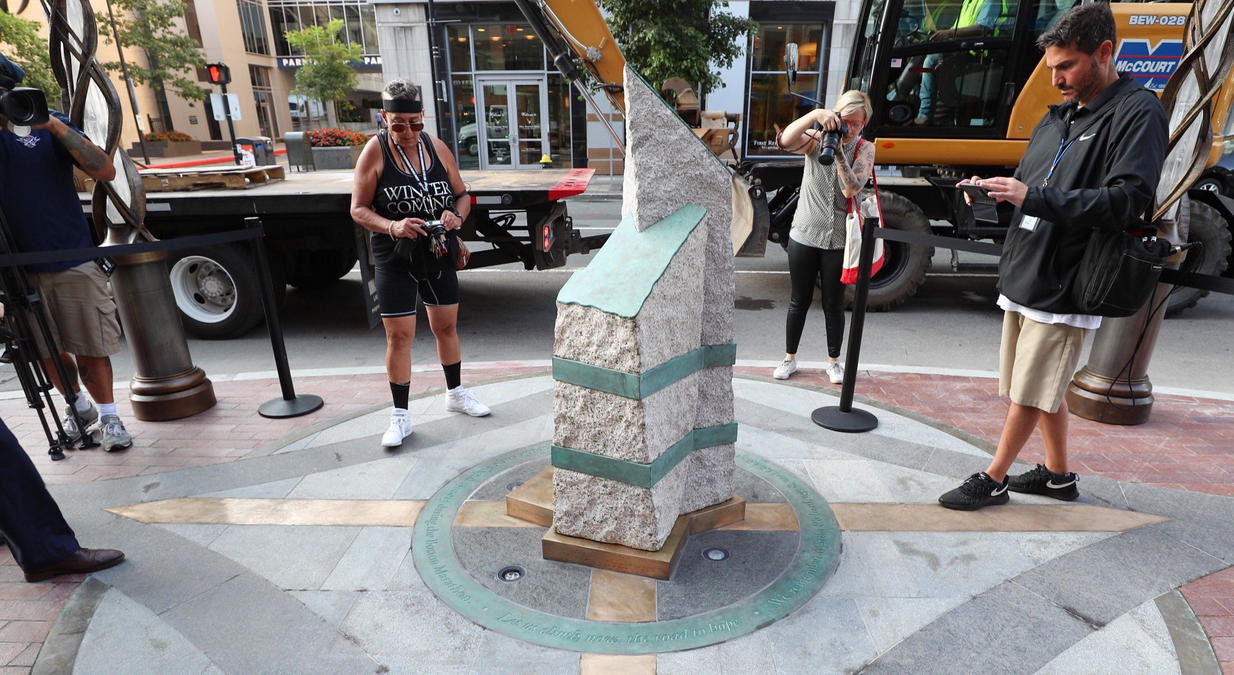 Three stone pillars were placed Monday near the finish line of the Boston Marathon, marking the final step in a $2 million effort to memorialize the bombing that killed three people.

The understated monument of granite and bronze, which took four years to plan and develop, was supposed to be ready last year for the fifth anniversary of the April 15, 2013, attack, but underwent significant redesigns and other delays.

"We hope that this will help demarcate the sacredness of this spot and give people the opportunity to slow down when they're here," said Bolivian-born sculptor Pablo Eduardo as he put finishing touches on the monuments Monday. 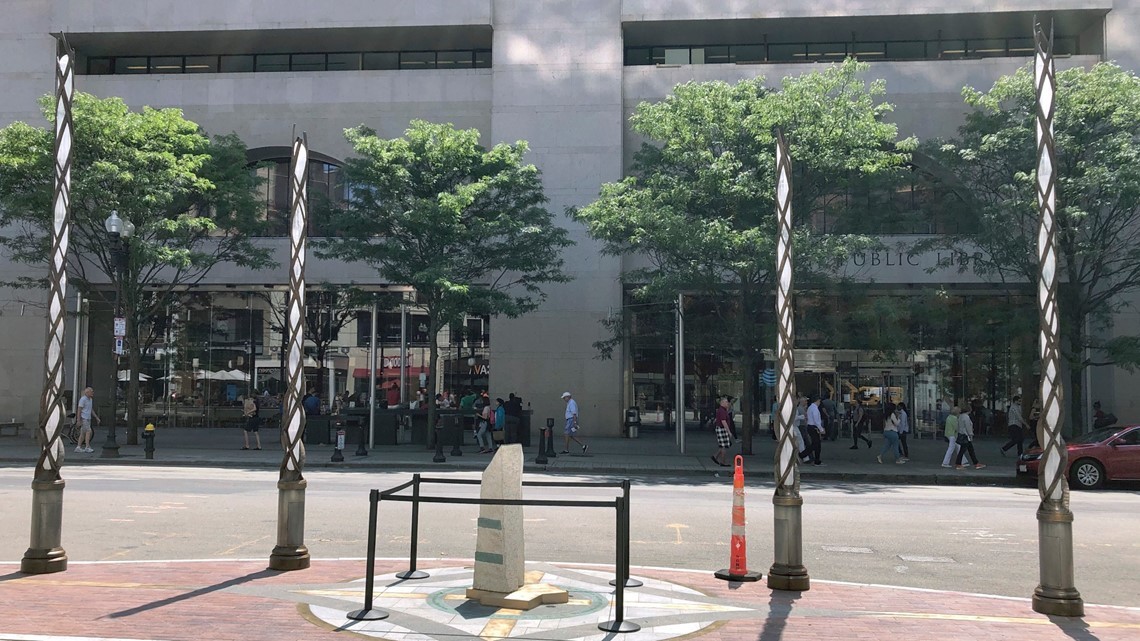 Nichola Forrester, a Milton, Massachusetts, resident who completed the 2013 race long before the bombs detonated, was among those pausing to reflect on their lunch break.

"I said a prayer for them," she said after asking a bystander to take a photo of her beside one of the pillars. "I'm pretty sure these three victims had cheered for me when I was going through the finish line, so the least I could do was come out and show my support."

Patricia Campbell, the mother of bombing victim Krystle Campbell, said she was grateful her daughter hasn't been forgotten.

"I hope that this memorial will be a reminder to anyone out there who feels upset about their life and that they will stop and think".

The memorial — two distinct pieces separated by about a city block — marks the spots where two pressure cooker bombs detonated near the finish line, killing the three victims and wounding more than 260 others. The two pieces each feature granite pillars ringed by towering bronze and glass spires meant to bathe the sites in warm white light. 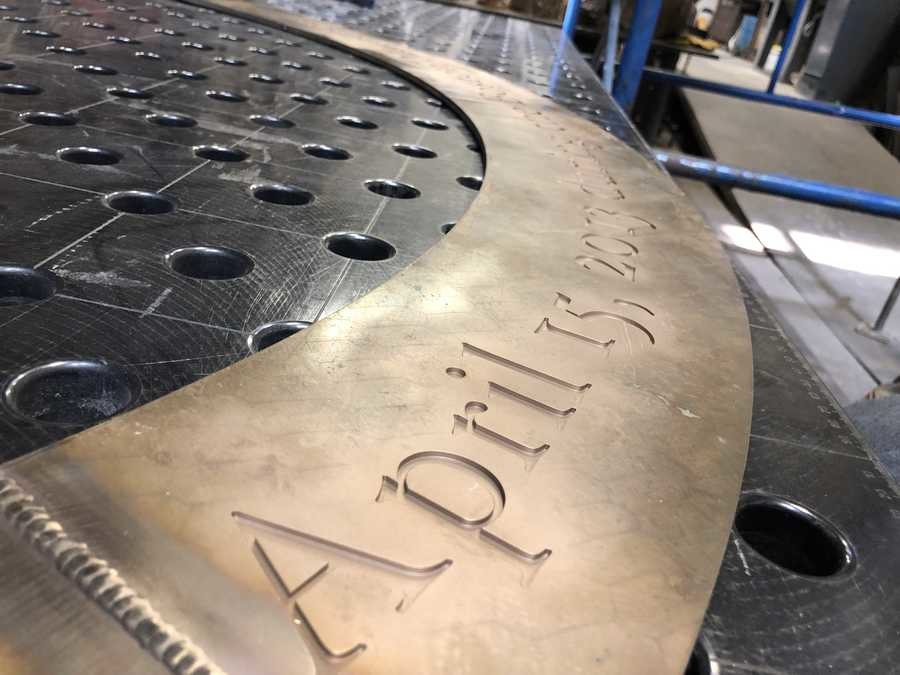 Cherry trees to bloom each April have also been planted at the sites, and two modest bronze bricks have been set in the sidewalk to honor the police officers killed in the bombing's aftermath, Massachusetts Institute of Technology Officer Sean Collier and Boston police Officer Dennis Simmonds.

The stone pillars, which range in height from about 3 to 5 feet (1 to 1.5 meters), were gathered from places around Boston significant to the bombing victims.

One representing 8-year-old Boston resident Martin Richard was taken from Franklin Park in his family's Dorchester neighborhood. Another that is fused to it honors 23-year-old Boston University graduate student Lingzi Lu and was donated by her school.

Around the base of the two pillars is an inscription etched in bronze: "Let us climb, now, the road to hope."

And the third pillar for Campbell, a 29-year-old Medford, Massachusetts native, comes from Spectacle Island in Boston Harbor, where she'd worked. Its inscription reads: "All we have lost is brightly lost."