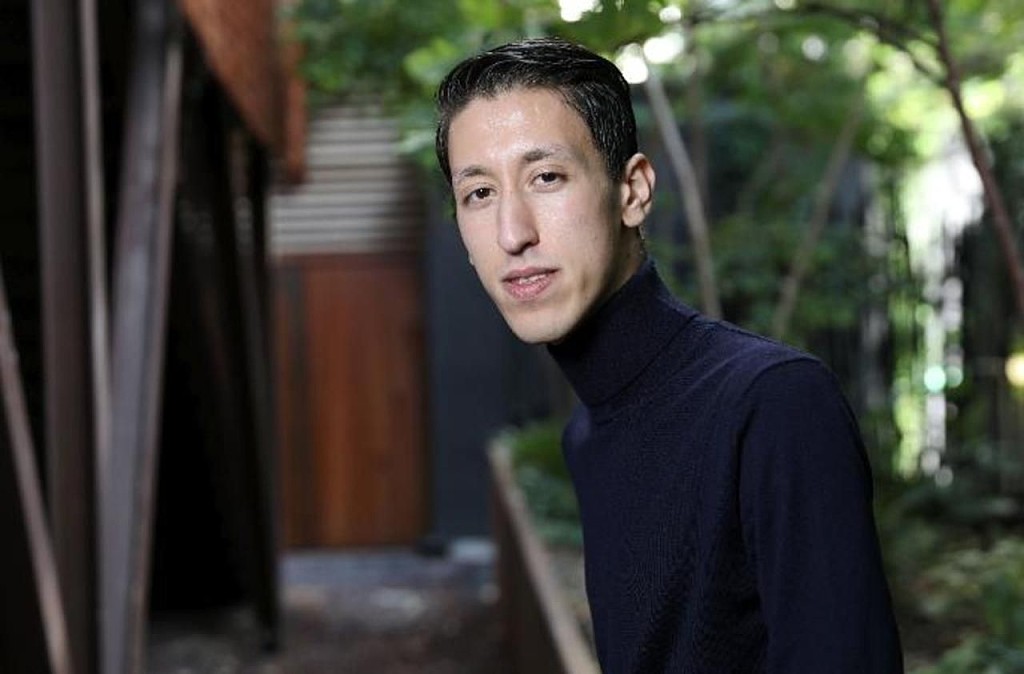 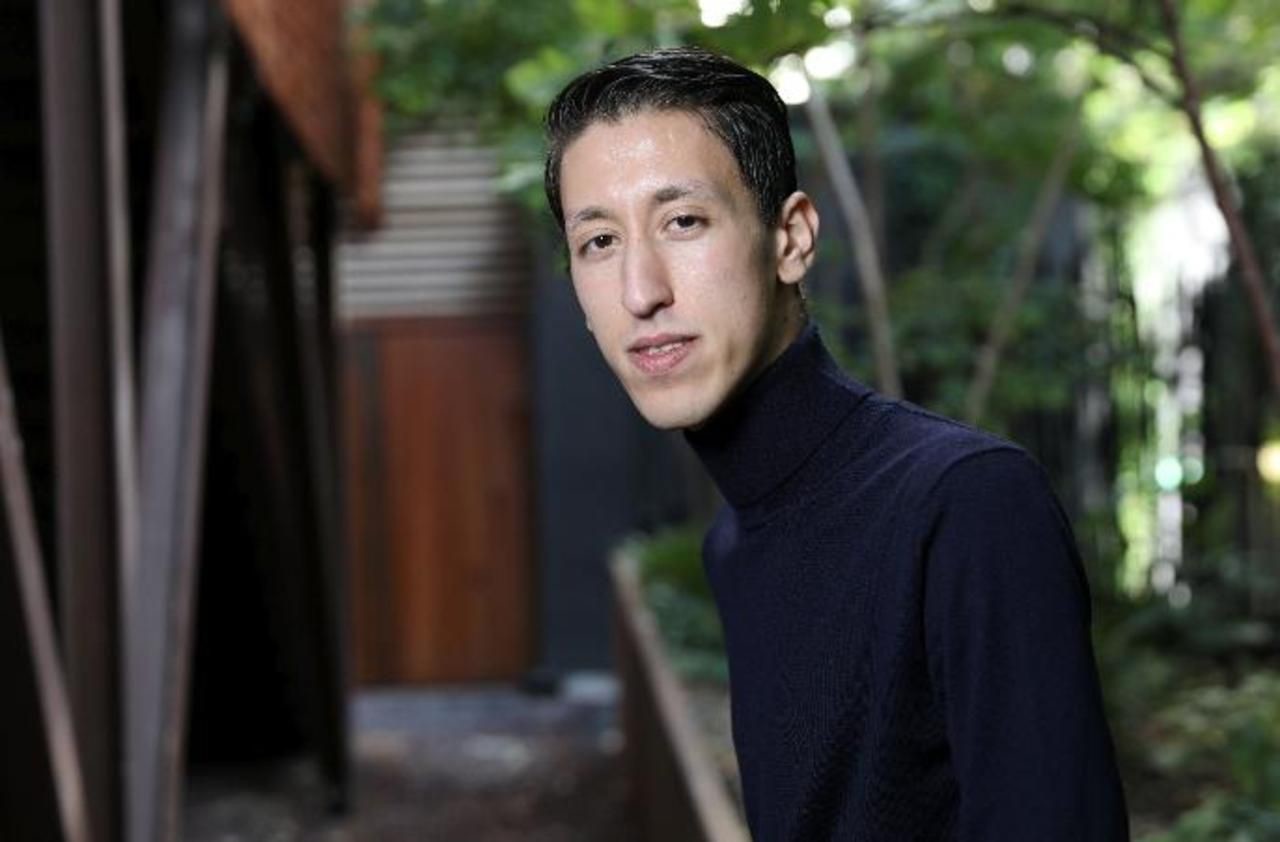 Athlete Refugee Team member Otmane Nait-Hammou is making a habit of rubbing elbows with some of the world's finest runners at World Championships.

In Doha last year, he lined up next to reigning world and Olympic champion Conseslus Kipruto in the opening round of the 3000m steeplechase. On the Gdynia start line, he stood should-to-shoulder with Joshua Cheptegei, the world record holder in the 5000 and 10,000m.

"If it's destiny or luck I don't know,” he says, laughing when reminded of the company he’s managed to keep at the start lines of his last two World Championship appearances. "It's an honour for me and I feel really proud.” 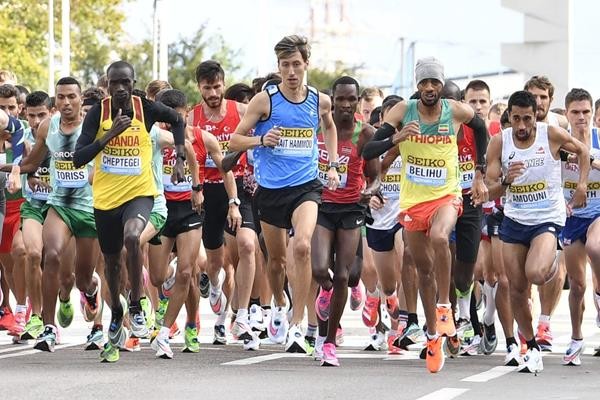 He’s also taking great pride in what he managed to achieve in Gdynia representing the Athlete Refugee Team.

On Saturday, Nait-Hammou wasn’t the same athlete he was a year ago in the Qatari capital. There, starry-eyed and overwhelmed, he tumbled to the track on the first lap of his race and was the last to finish, more than 70 seconds after Kipruto. In Gdynia, he finished 67th in the field of 122, clocking 1:03:28 in his competitive debut over the distance, beating some of the world’s finest half-marathoners in the process. 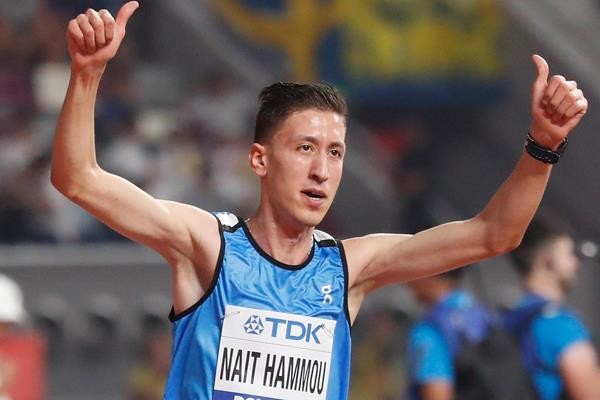 The difference? Taking to the line as a fledgling professional athlete, both in practicality and in attitude.

Nait-Hammou began running in his native Morocco in 2012, a passion he continued to feed even when life threw challenges in his path. He went to France in 2015 to pursue his studies, but, unable to return to Morocco, he made the difficult decision to apply for asylum. That road took him to Sweden in 2016 where he watched, on a television in a refugee centre, a team of refugee athletes competing at the Rio Olympics.

Those moving images fuelled his imagination and his motivation. Three years later he himself would compete twice on the international stage, first at the World Cross Country Championships in Aarhus, Denmark, then again in Doha, modest outings that nonetheless helped him step up to the next level.

“A lot of things changed over the past year,” Nait-Hammou says. “I have a lot of solidarity and support that has changed my life." That includes sponsorship arrangements with On, his apparel sponsor, with the energy gel Maurten, from his French club ES Sartrouville and ongoing development support from World Athletics and Olympic Solidarity.

Together, he says, "these things have given me more confidence and motivation and excitement to train very hard, to push very hard in training. It's a huge difference from when you come to participate and when you come to perform.”

His increasingly professional arrangement allowed him to attend a training camp for the first time, a month-long stint at altitude in Font-Remeu, France, in July and August where he logged 150 to 160 kilometres per week for four straight weeks. It was a type of training he’d never attempted before. “The first week was tough. I was really tired. But then the second week was better, and the third even better.”

It also brought results. On 29 August, he improved his steeplechase best to 8:51.07 at a French regional meeting in Decines Charpieu, his first race in seven months. Two weeks later he finished seventh at the French championships. In between he won a regional 10km in 30:50.

All that set him up well for Gdynia.

“I felt confident at the start line, because I had the opportunity to train and prepare like a professional. That made a big change in my life and my approach. I can see in training that I am getting better. I'm not the same person I was in Doha.”

“I never ran under 30 minutes. Never. I'm still in shock. I still haven't realised what I’ve done. I broke my 10k PB inside a half marathon. In my first half marathon. And in a world championship. It's crazy.”

"I'm starting to think about doing some really strong training this winter for a good marathon early next year," he says, and then focus on the steeplechase during the track season. "I want to go to the marathon for a new adventure. I am excited and motivated for that.

“I'm not thinking the same after Gdynia,” he continues. “I hope I gave the inspiration to other refugees to do better than me in the next World Championships.

“I didn’t come this time to participate. I came to perform. We get the support from World Athletics, from my sponsors, to come to the World Championships, so I wanted to show that we can perform like other athletes. That refugees can be like normal people.

"I beat some Swedish athletes, I beat some Spanish runners. I beat some of the best athletes from other countries, who are all very good athletes. I feel really proud of that and that I was able to represent 69 million people from around the world, to show that we can do it.”