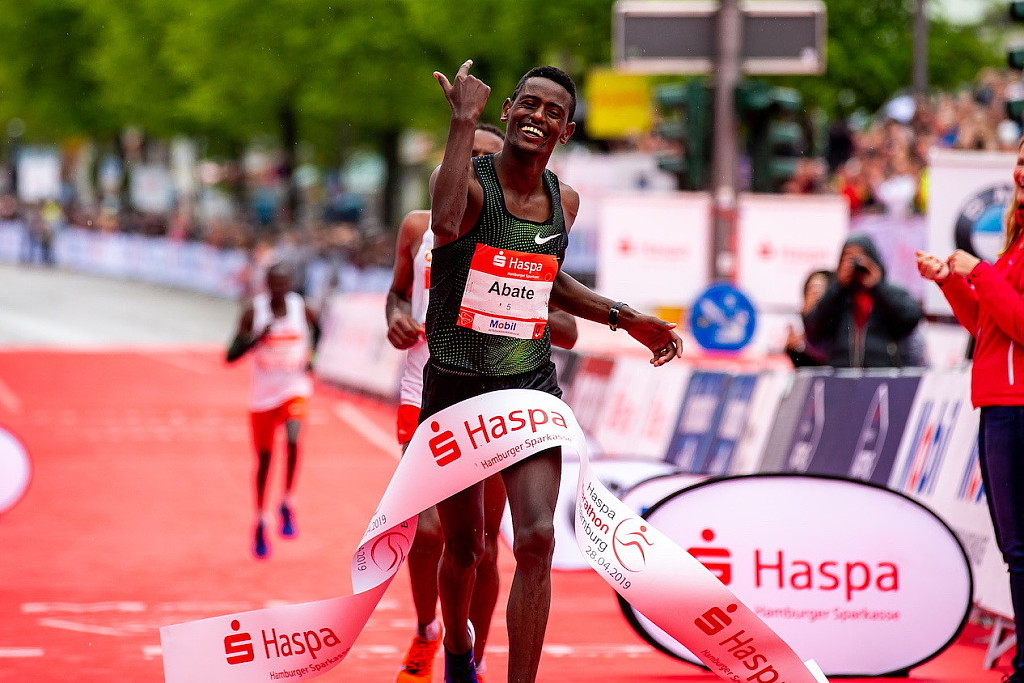 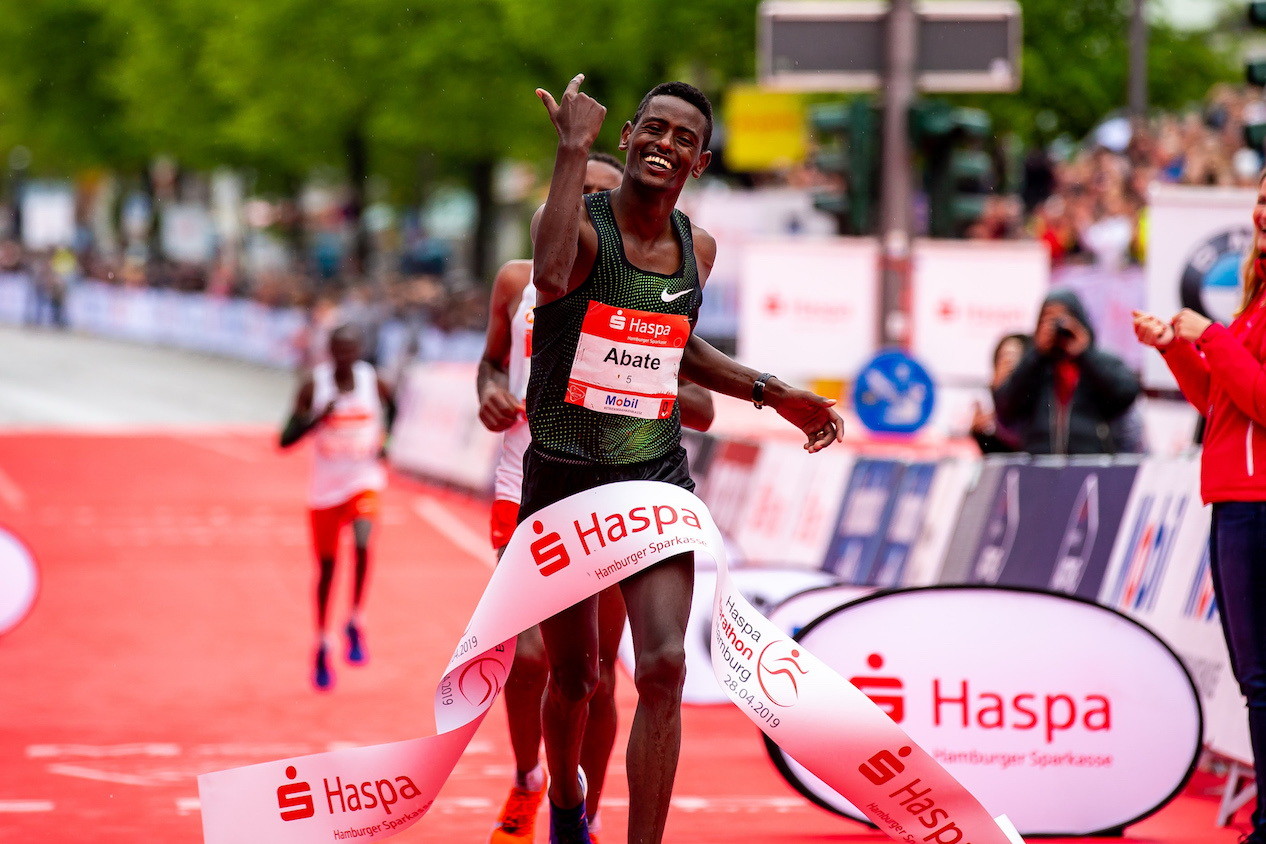 Defending champions Tadu Abate and Dibabe Kuma will return to the Haspa Marathon Hamburg. Fellow-Ethiopians Ayele Abshero, who was runner-up last year, and Meseret Belete will be among their rivals on 19 April. This was announced by the organisers of Germany’s biggest and fastest spring marathon during a press conference. So far 12,000 entries have been registered for the Haspa Marathon Hamburg, which is a World Athletics Gold Label Road Race.

"It is always a good sign when athletes like to come back to challenge and to possibly produce thrilling races once again. We are proud that both winners from 2019 will return,“ said chief organiser Frank Thaleiser. With regard to the entry figures he said: „Compared to the same time last year we have 400 more entries for the marathon, which shows the trust the runners have in our event." 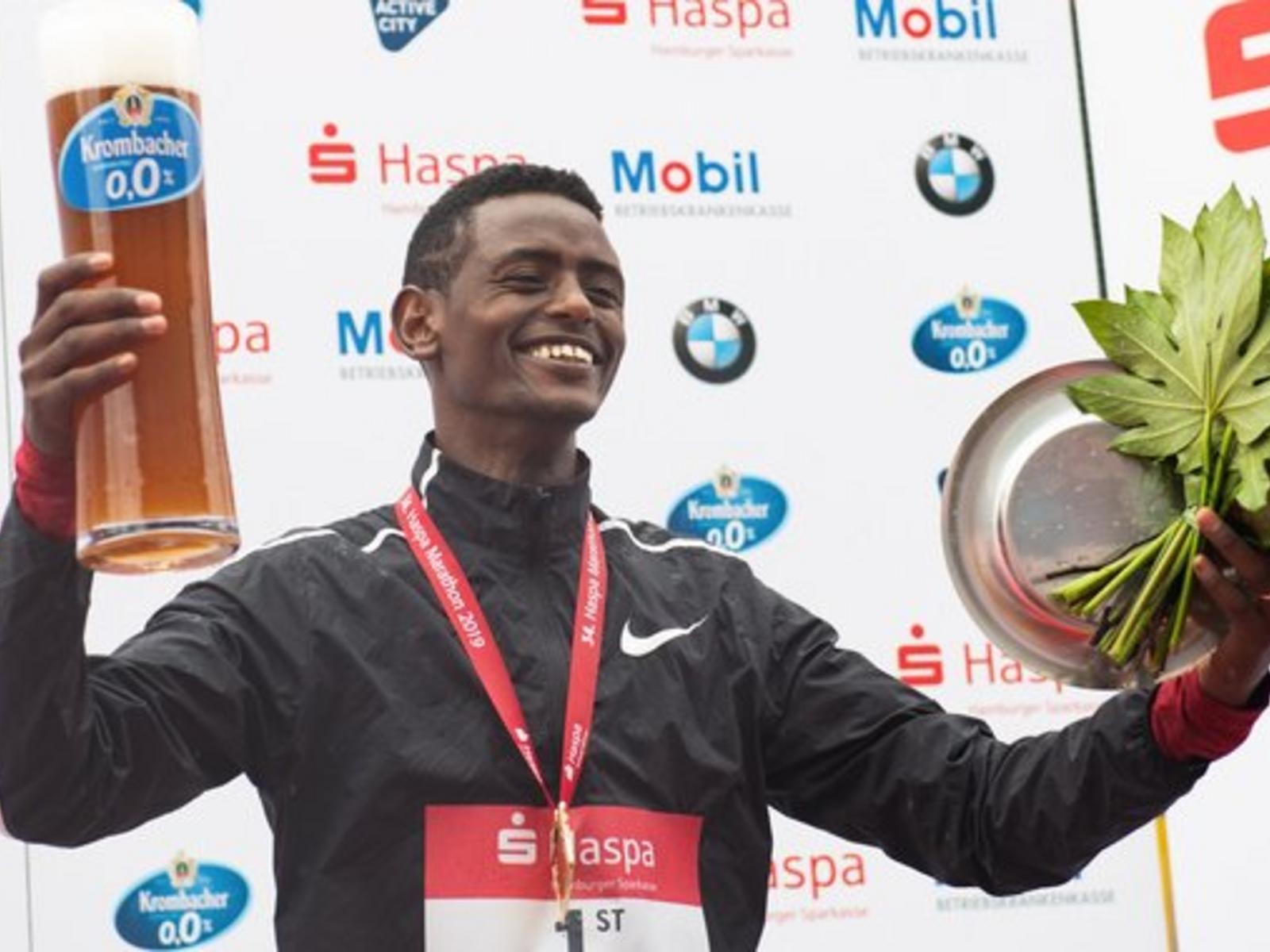 At the age of 22 Tadu Abate is still a youngster in marathon running. After his biggest career victory in Hamburg a year ago, when he clocked 2:08:25 in wet and cold conditions, the Ethiopian improved his personal best to 2:06:13 last autumn in Amsterdam.

On 19 April he will renew his rivalry with Ayele Abshero. The two Ethiopians produced a thrilling finish last year, when Abate was just one second ahead of Abshero. Back in 2018 Abate had left his experienced rival behind him as well, when the pair finished second and third in Hamburg behind fellow-Ethiopian Solomon Deksisa. 29 year-old Abshero, who features a world-class personal best of 2:04:23, will be eager to be quicker than his younger rival this time. 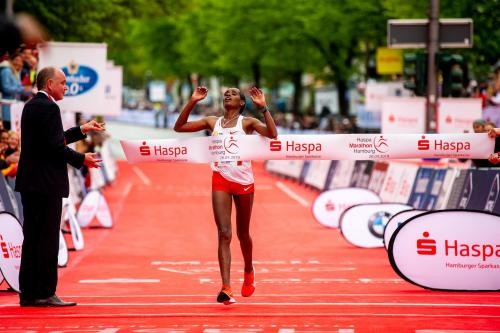 The women’s field will be headed by defending champion Dibabe Kuma. The 23 year-old Ethiopian caused a surprise last year, when she produced a great solo run in the poor conditions, winning in 2:24:42.

"This is a very good course,“ said Kuma afterwards, indicating that in more suitable weather she could have improved her personal best of 2:23:34. Fellow-Ethiopian Meseret Belete will be one of her main challengers on 19 April. Just 20 years old Belete was sixth in the World Half Marathon Championships in 2018 and holds a marathon PB of 2:24:54.

Breaking the Olympic qualifying times on Hamburg’s fast course will be the major goal for the German elite runners. Philipp Pflieger, who has a personal record of 2:12:50, intends to go for the 2:11:30 Olympic standard.

He showed fine form just two days ago when he improved his PB in the half marathon to 62:50 in Barcelona. Two other Germans who recorded personal bests in the Spanish half marathon two days ago also have Olympic ambitions: Twin sisters Deborah and Rabea Schöneborn will run a marathon together for the first time. While Deborah won the Cologne Marathon last autumn - though without proper competition - in 2:31:18 in her debut, Rabea will run her debut in Hamburg. Preparing for the marathon it looks that the 25 year-old twins are currently at the same level.

Deborah clocked a PB of 71:37 in Barcelona on Sunday while Rabea crossed the line immediately behind her in ninth place with 71:40, a PB as well. It seems that both can achieve the Olympic qualifying time of 2:29:30 in Hamburg. 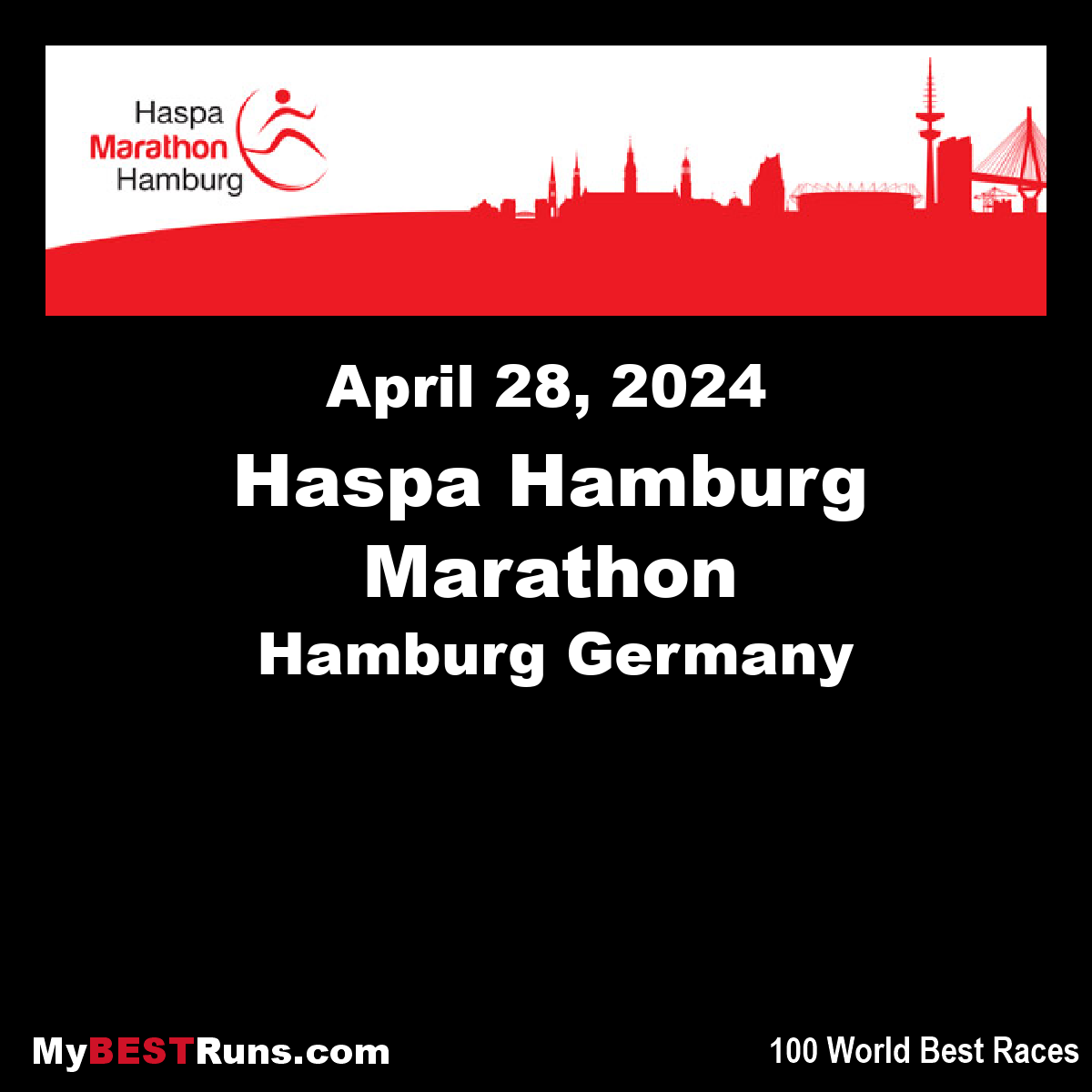 The new date for the 2020 marathon is set for September 13, 2020. The HASPA MARATHON HAMBURG is Germany’s biggest spring marathon and since 1986 the first one to paint the blue line on the roads. Hamburcourse record is fast (2:05:30), the metropolitan city (1.8 million residents) lets the euphoric atmosphere spill over and carry you to the finish. Make...