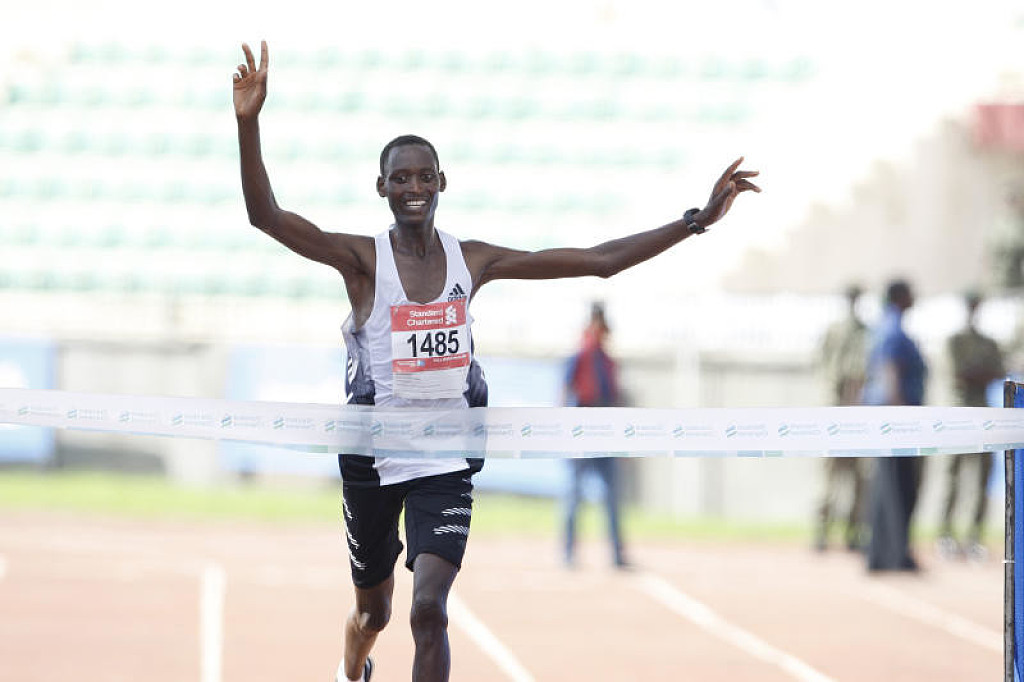 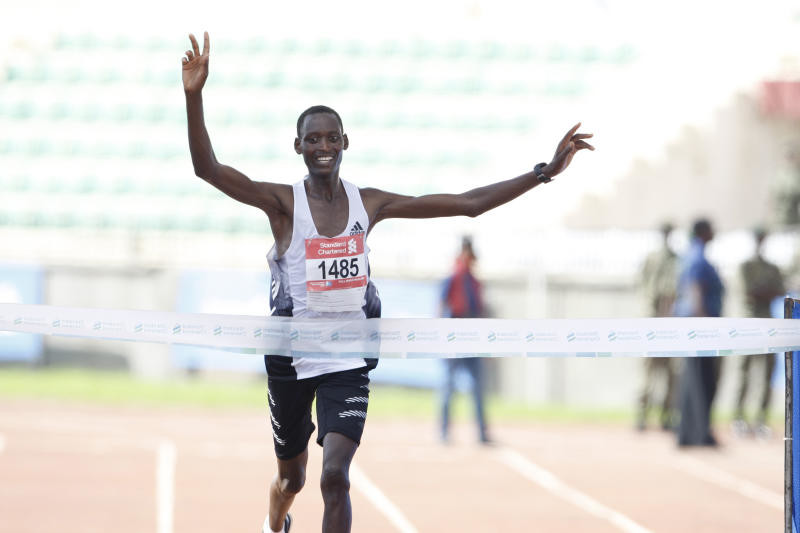 Brimin Kipkorir and Purity Jebichi are the winners of the 17th edition Standard Chartered Nairobi Marathon held on Sunday at Nyayo Stadium.

Kipkorir from Elgeyo Marakwet and the 2017 event winner outsmarted Steven Kipchirchir, his main challenger in the men’s 42km to win the race in 2 hours, 10 minutes and 42 seconds. 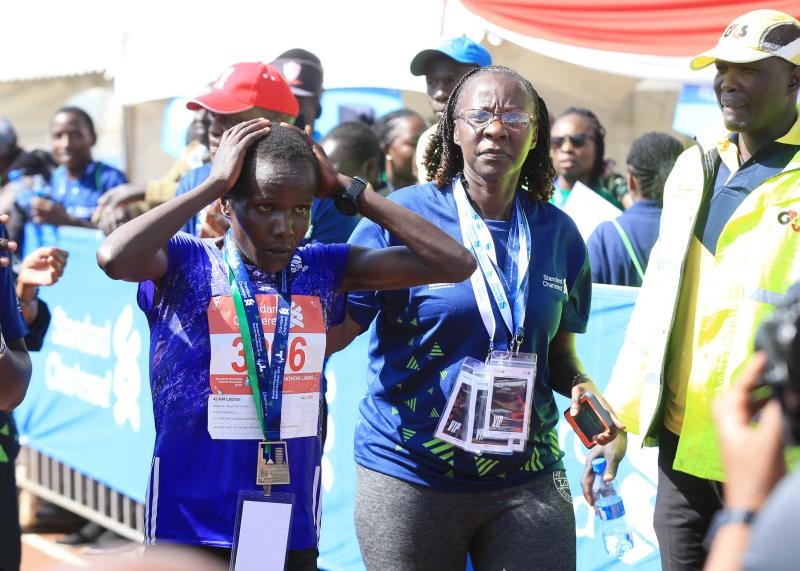 The Kaptagat-based Kipchirchir settled for the second slot in 2:11:53 as Victor Serem closed the podium in 2:12.00.

"I was in good form coming into the race and also confident of recapturing the title. The weather conditions were great. After this victory, I will take two to three weeks recovery before embarking on training for another race probably in abroad,” said Korir. 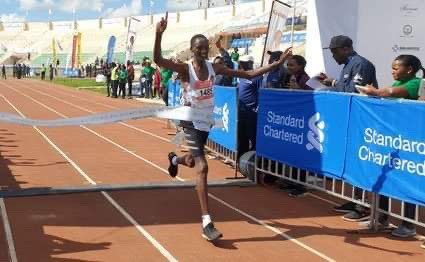 In the women’s 42km event, Jebichi, the 2015 Standard Chartered Marathon half marathon winner stepped up to the full marathon event in style.

Jebichi took command of the race just after covering 21km of the race to emerge victorious in 2:30:33, beating Chemtai Rionotukei to second place in 2:33:03 as Shelmith Muriuki settler for the third position in 2:34:39.

“I’m just returning from maternity break and to come here to win the main marathon is a great achievement for me. I’m proud of my performance because I wasn’t sure of victory but I was confident of finishing within podium bracket. At 28km, I could feel that I was in good shape to win the race,” said Jebichi.

Andrew Kwemoi and Sheila Chepkirui of Kenya Defence Forces were the winners of half marathon event.

Kwemoi, 20, who finished third at the Bank Half Marathon brush off his opponents to win in one hour, one minute and 51 seconds.

Kiprono Koech edged out Edmond Kipng'etich to secure the second slot in 1:02:01 as Kipng’etich clocked 1:02:06 in third.

"I enjoyed the race and it felt good this being my first half Marathon race, I think I will be winning races as I continue gaining experience on the roads,” said Chepkirui. 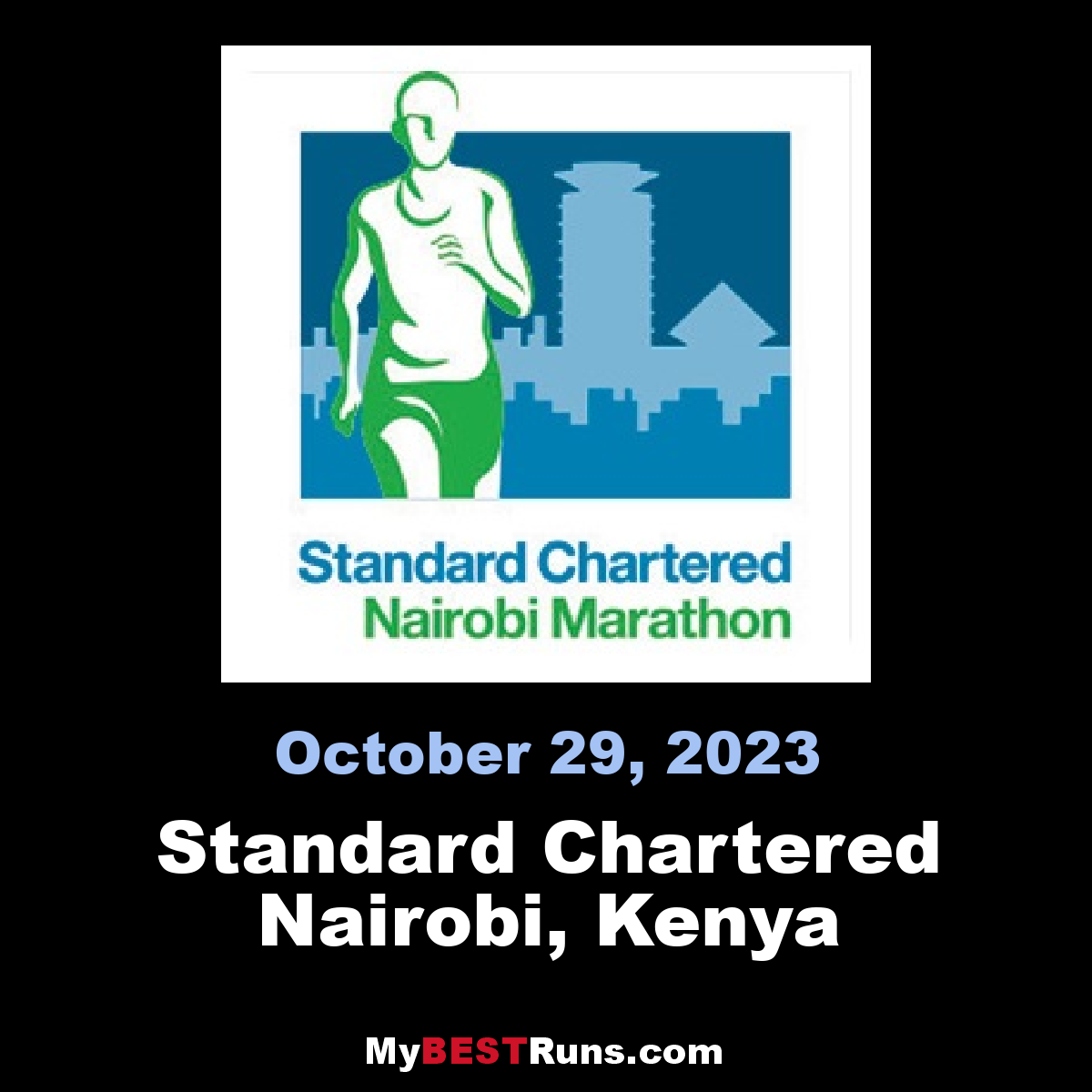