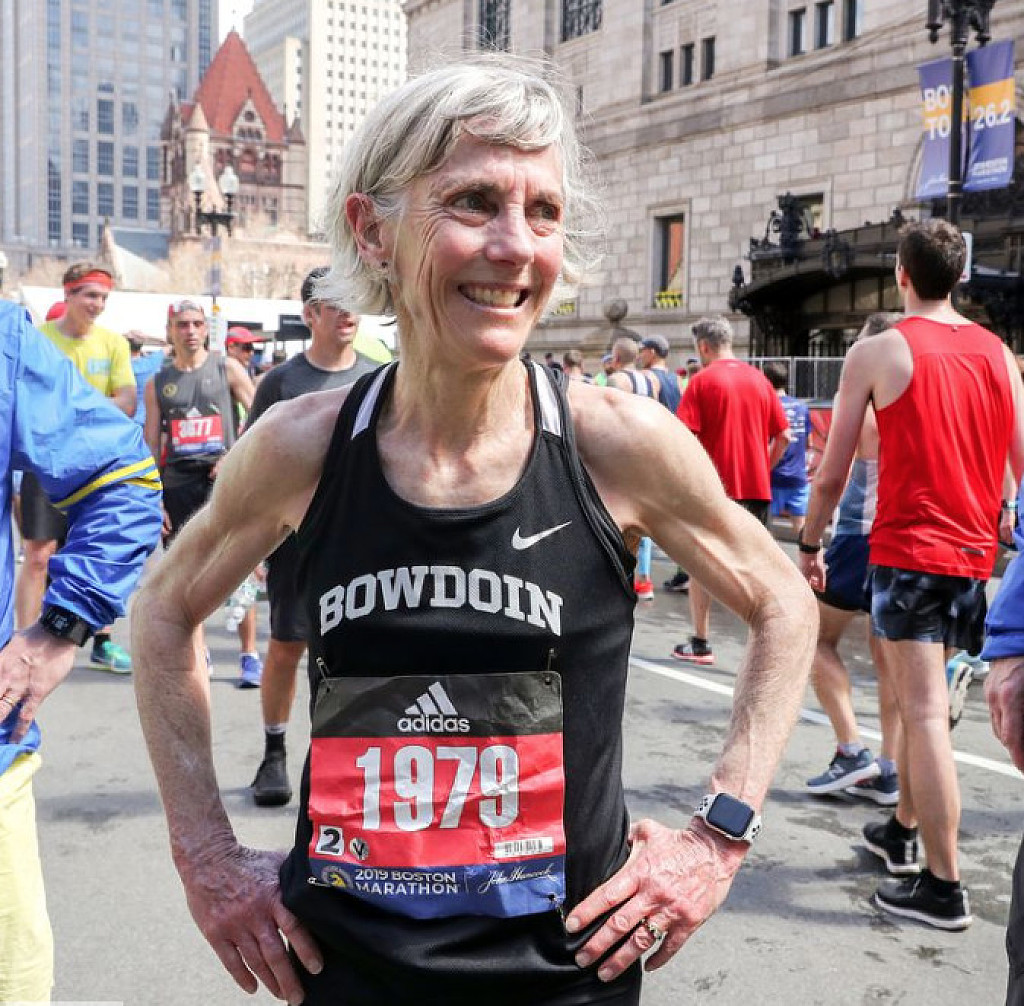 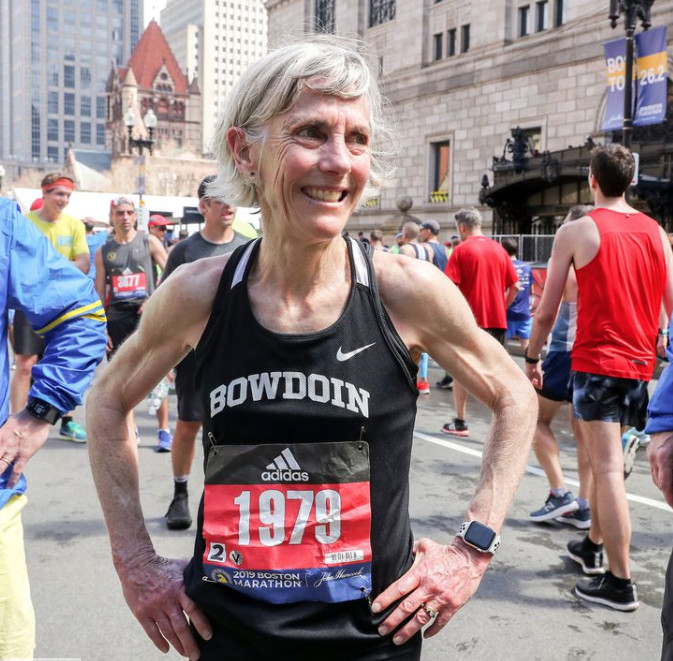 In a stack of running resumes, Joan Benoit Samuelson’s sticks out like a neon sign. The running legend, now 62, has won Boston twice (in 1979 and 1983), became the first woman to win gold at the first women’s Olympic marathon in 1984, and set the U.S. marathon record at the time (2:21:21 at the 1985 Chicago Marathon), which still ranks as the fifth-fastest time ever run by an American woman.

What she’s done beyond her prime, however, is really what sets her apart. Last year, at age 61, Samuelson completed the Chicago Marathon with her daughter, Abby, in 3:12:13, averaging 7:20 pace per mile.

Shortly after that race, she announced an ambitious goal for 2019: finishing Boston within 40 minutes of her winning time 40 years ago, when she broke the tape in 2:35:15 in 1979. Samuelson conquered that goal with plenty of room to spare in April, finishing Boston in an even 3:04—just a few minutes shy of the 60 to 64 age group marathon world record (3:01:30 set by Bernardine Portenski in 2010).

Samuelson, who holds the marathon world record for the 55 to 59 age group (2:50:33, which she set in Boston in 2013), has been eyeing her current age group record since last year. After narrowly missing it in Boston, she recently told the Quad City Times that she’ll attempt to break 3:00 at a spring marathon next year—most likely Tokyo on March 1, 2020, or London on April 26, 2020. If she accomplishes her goal, she will be a member of an elite class of runners who have gone sub-3:00 for six decades. 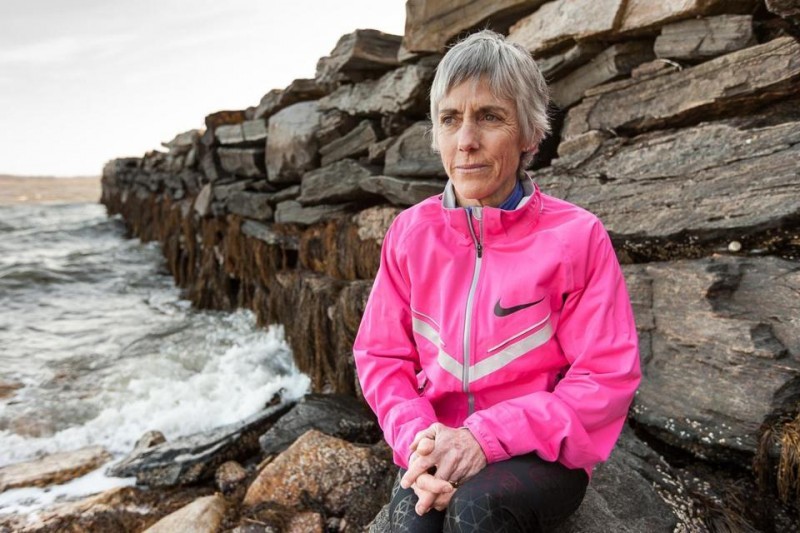 [Smash your goals with a Runner’s World Training Plan, designed for any speed and any distance.] 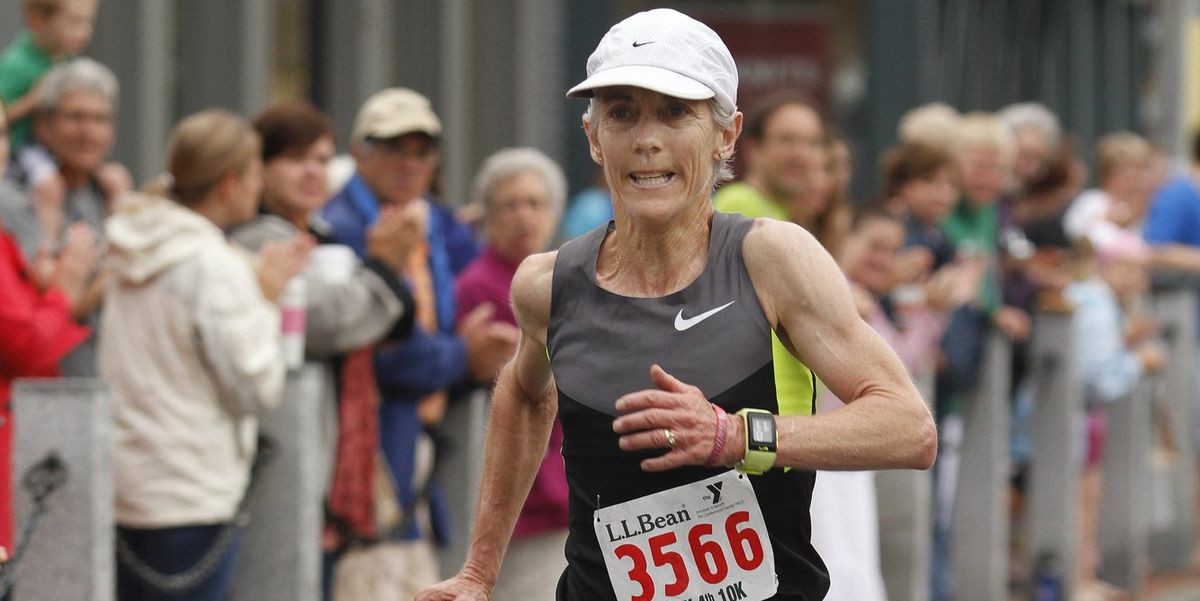 Though Samuelson has never been one to back down from a challenge, she’s not immune to the fact that staying healthy and springing back from injuries gets tougher with age. Despite entering Chicago with lofty aspirations in 2015 and 2017, she was forced to withdraw a few days before the race both years, due to a stomach bug and a knee injury, respectfully. In Boston this year, she competed on a strained calf muscle, she told Runner’s World after the race.

In order to duck under 3:00 in the marathon next year, she’ll need to be diligent—as all runners do—about injury prevention.

“I’m up against the aging process,” Samuelson told the Quad City Times. “I just need to stay injury-free. That’s a hard thing to do these days.”