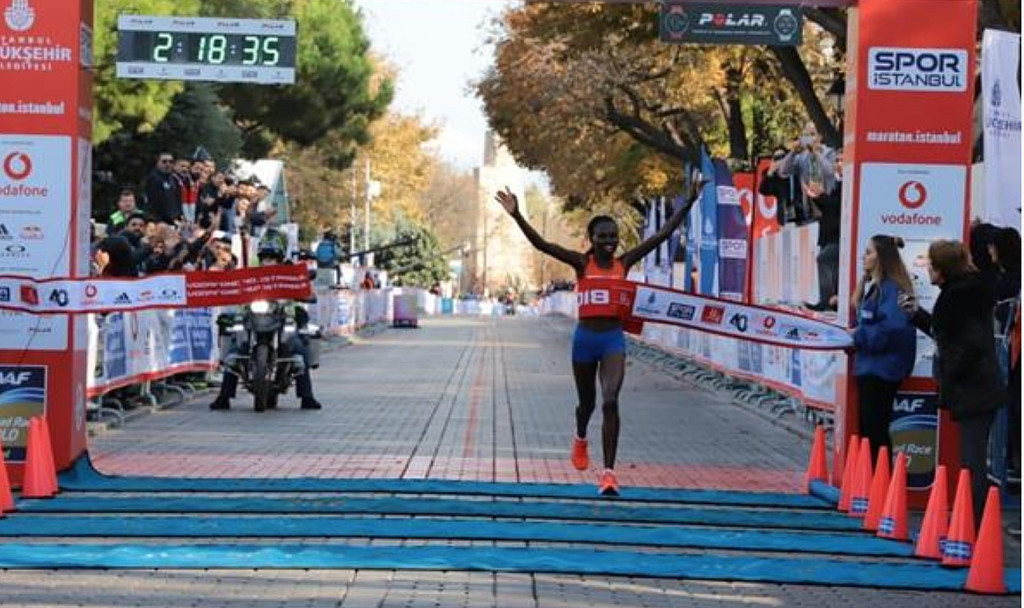 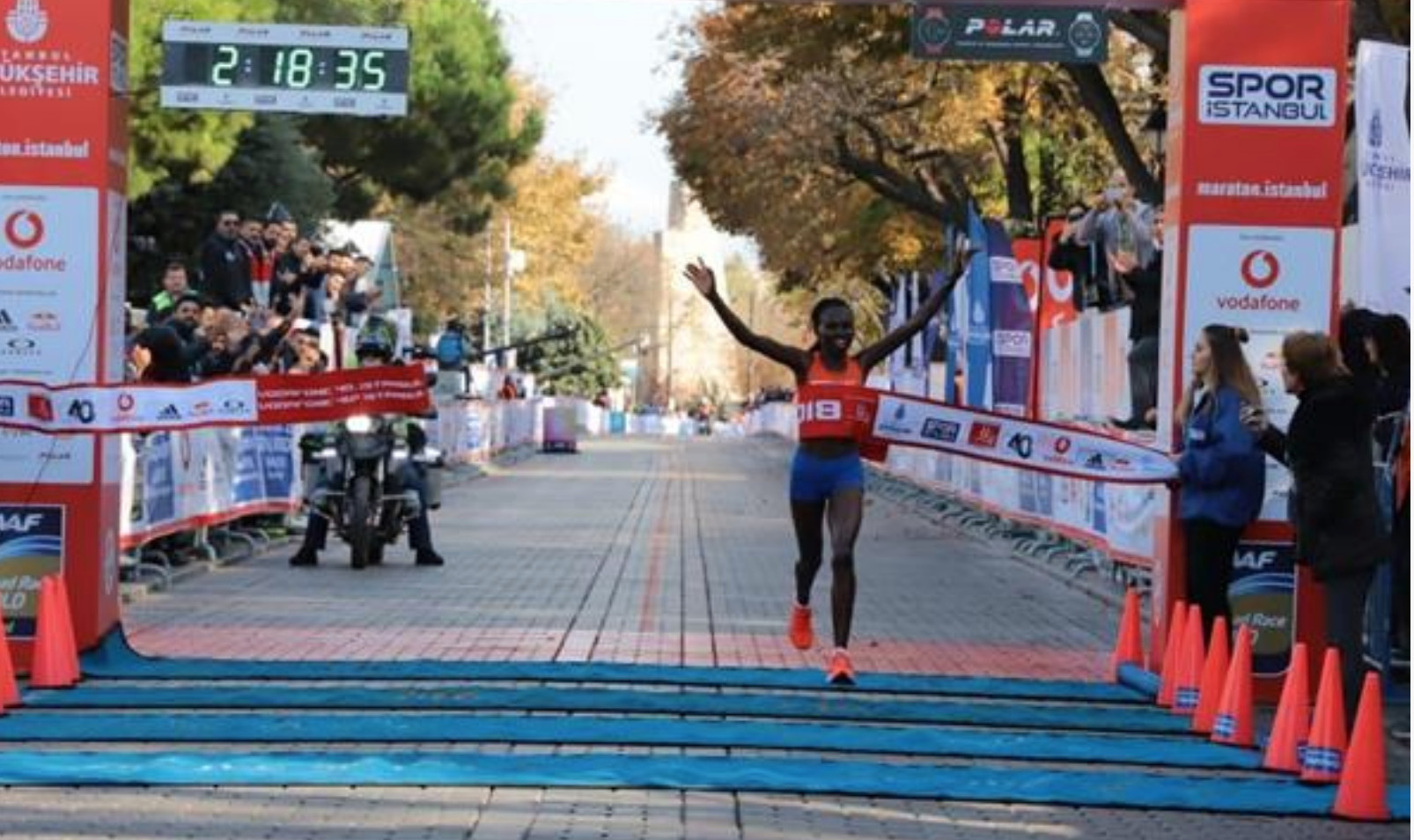 Ruth Chepngetich clocked 1:05:30 to smash her own course record at the Vodafone Istanbul Half Marathon, an IAAF Gold Label road race, on Sunday April 7.

Running with Kenyan compatriot Dorcas Jepchirchir Tuitoek through the opening five kilometres in 15:11, Chepngetich broke away soon thereafter, scorching through the 10km checkpoint in 30:33, 17 seconds clear of 21-year-old Jepchirchir, her nearest challenger.

Chepngetich slowed over the next five kilometres, reaching 15 kilometres in 46:15, but still padded her lead to 23 seconds. She was nearly a minute ahead by 20 kilometres (1:02:11) and eventually won by 1:03 over Jepchirchir, who crossed the line in 1:06:33 in what was apparently her debut over the distance.

Chepngetich clearly enjoys competing in Turkey's largest city. The 24-year-old set the course record of 1:06:19 in April 2017, then returned seven months later for the Istanbul Marathon, winning in 2:22:36 in her debut over the distance.

She returned a year later to make a massive marathon breakthrough, clocking 2:18:35. In January she ran faster still, winning in Dubai in 2:17:08, this year's fastest time. Her performance today elevates her to 11th on the all-time half marathon list, and second on the 2019 list.

The fast early pace was too much for World champion Netsanet Gudeta from the outset. After running together with Tola through 10 kilometres, Gudeta drifted back and eventually finished a distant fourth in 1:08:04.

In the men's race, 22-year-old Benard Ngeno fought back Ethiopian Abayneh Degu's late race challenge to secure his second half marathon victory of the year, clocking 59:56. Ngeno was aggressive from the gun, running at the front of the lead packs that consisted of 14 runners at five kilometres (14:19) and ten at ten kilometres (28:17) before jumping to a nine-second lead after 15 kilometres (42:29).

But Degu, 20, and Kenyan Hillary Kipchumba, fought back over the final five-kilometre stretch to narrow the gap considerably, but were ultimately unable to reel in Ngeno. Degu was second in 59:58, knocking more than a minute from his previous best of 1:01:01, while Kipchumba finished third, another three seconds back in 1:00:01.

Amdework Walelegn, who broke the course record last year with a 59:50 run, dropped off the pace after 10 kilometres and eventually finished 11th in 1:01:56.