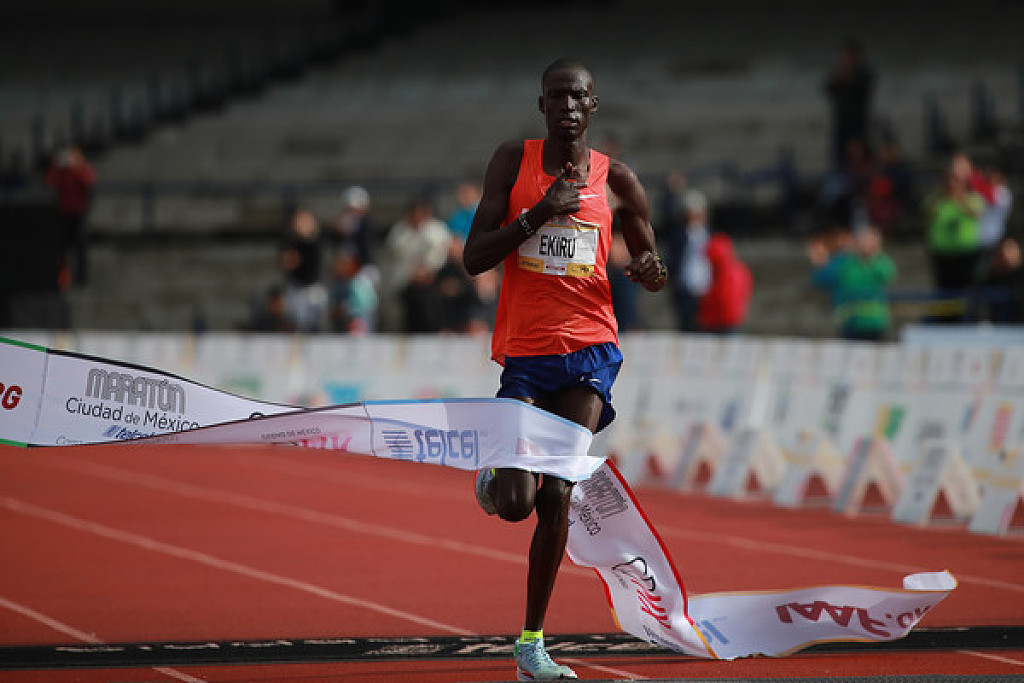 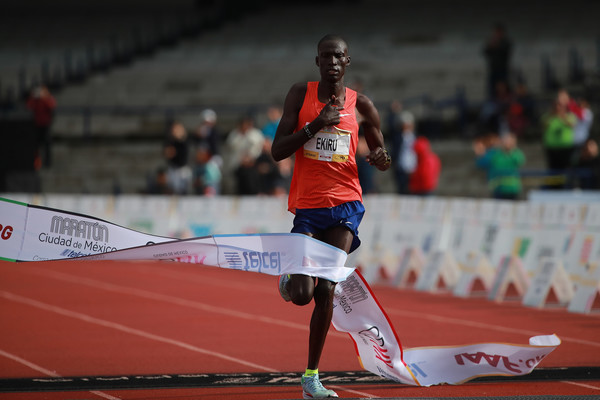 Kenya’s Titus Ekiru ran a smart race at the Telcel Mexico City International Marathon to set a course record of 2:10:38 at the IAAF Silver Label event on Sunday, while Etaferahu Temesgen led an Ethiopian sweep in the women’s contest. The men’s race set a modest pace from the start, covering the first five kilometres in 16:32. About a dozen men reached the halfway mark in 1:06:09, a group that included Ethiopia’s defending champion Fikadu Kebede. At 30 kilometers, reached in 1:33:11, the leaders have been reduced to Ekiru, Edwin Koech and Matthew Kisorio, 43 seconds ahead of the chase group. At that point, Ekiru made a decisive move and progressively extended his lead as the race approached the toughest hills on Insurgentes Avenue on its way to the Olympic stadium. He upped the pace and covered the second half in 1:04:30 to win in 2:10:38, breaking the previous record of 2:11:12 and securing the second marathon victory of his career. “I enjoyed the course and the altitude of Mexico City (2,240m) is similar as in Kenya so it did not affect me much,” said Ekiru, who has a PB of 2:07:43. “I am very happy to set a record and I realized at 20 kilometers that I felt very well, and I knew I could really break a new record.” In his fourth marathon since making his debut at the distance in 2016, Ekiru pocketed MXN 550,000 (about US$27,000) for his effort. He became the third Kenyan in six years to win the race. Koech (2:12:35) and Kisorio (2:13:14) completed a Kenyan sweep on the podium. (08/27/2018) ⚡AMP