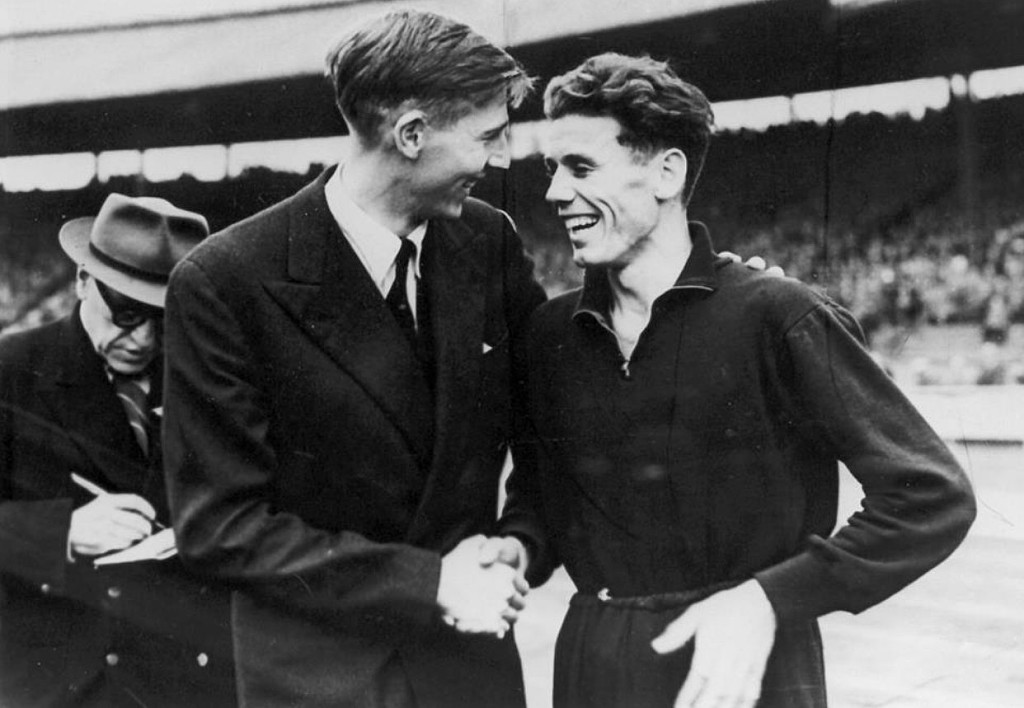 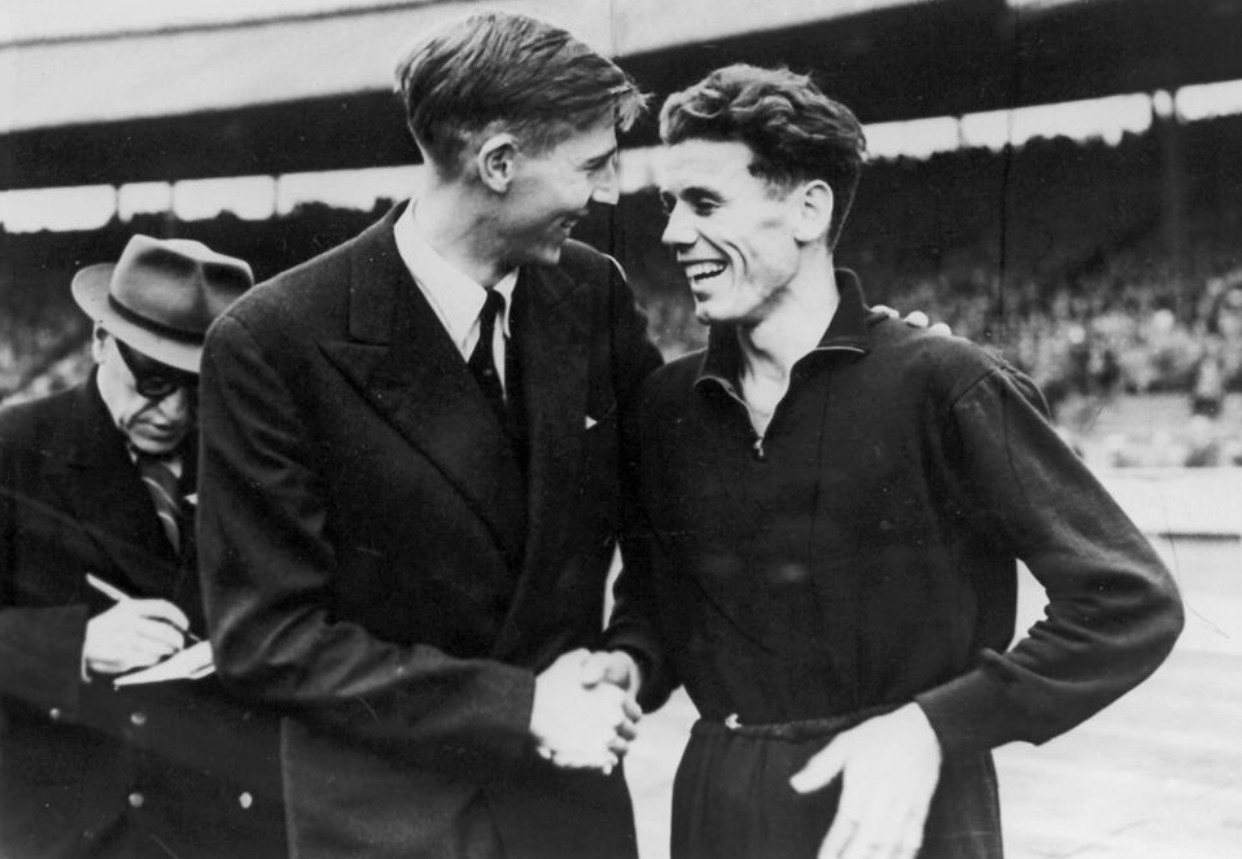 DID YOU KNOW: Laszlo Tabori was the third man in history to break the sub-four minute mile barrier, setting a new European Record with a time of 3:59 on May 28, 1955. Roger Bannister was there. Laszlo posted this on Facebook March 5th after Roger Bannister passed away.  “One of my favorite pictures with Sir Roger Bannister... We were all chasing the sub 4 minute mile. In those days it was a feat comparable only with climbing Mt. Everest. Roger was someone I looked up to and admired.  At the height of his running career, he stopped in order to concentrate on his studies in medicine. I had the great fortune to be one of the early ones who followed in his footsteps just a year later at White City Stadium, London.  Here Roger is shaking my hand and offering congratulations as I had quite unexpectedly just became the 3rd person to enter this very elite sub-4 min mile club,” wrote Laszlo Tabori.  Laszlo was born in Košice. Although he had already taken up running in his youth, his serious career only started in the early 1950s under Mihály Iglói, the legendary coach.  Among Laszlo’s many accomplishments include being an Olympian in the 1956 Olympic Games in the 1500 and 5000m races.  Mihaly Igloi and his track team were in Budapest, and saw the chaos of the Soviet invasion, but were fortunate to leave the country and arrive in Melbourne. Understandably, the Hungarians performed poorly at the Games. After the competition, Igloi, and one of his top runners, Laszlo Tabori, made the fateful decision to forgo their return to Hungary and defect to the United States. Tábori retired from running in 1962, since he couldn’t compete for Hungry and was not a United States citizen. Tábori returned to distance running as a coach in 1967, his training methods based directly on Iglói's, and has been the coach of San Fernando Valley Track Club since 1973.  (It is not confirmed but we have heard that Laszlo Tabori is in a coma in the hospital.)  (05/16/2018) ⚡AMP
by Bob Anderson