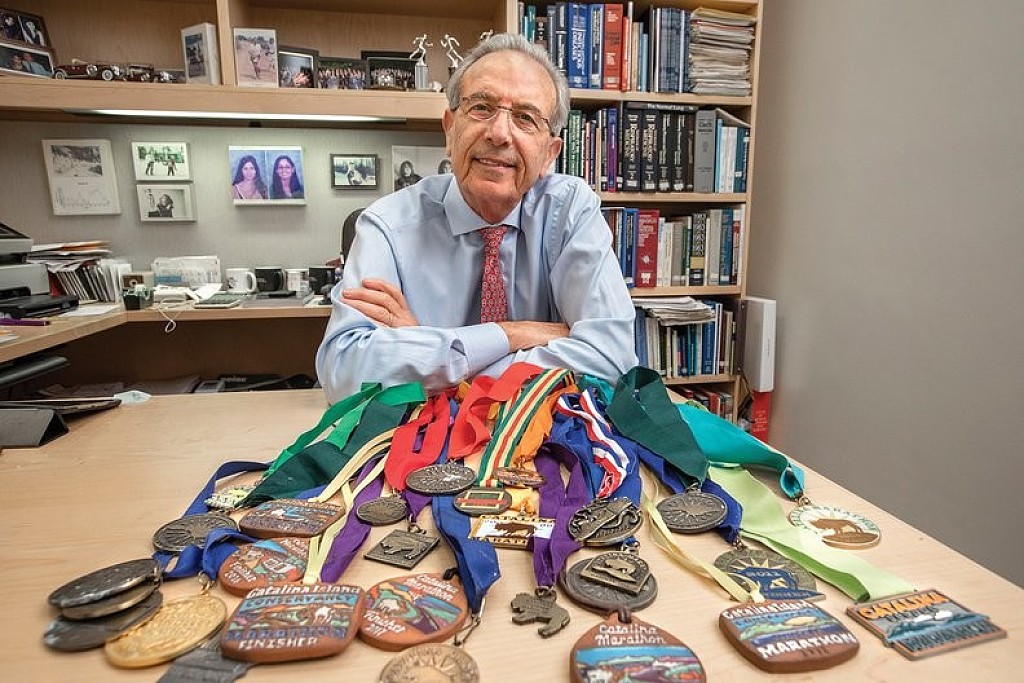 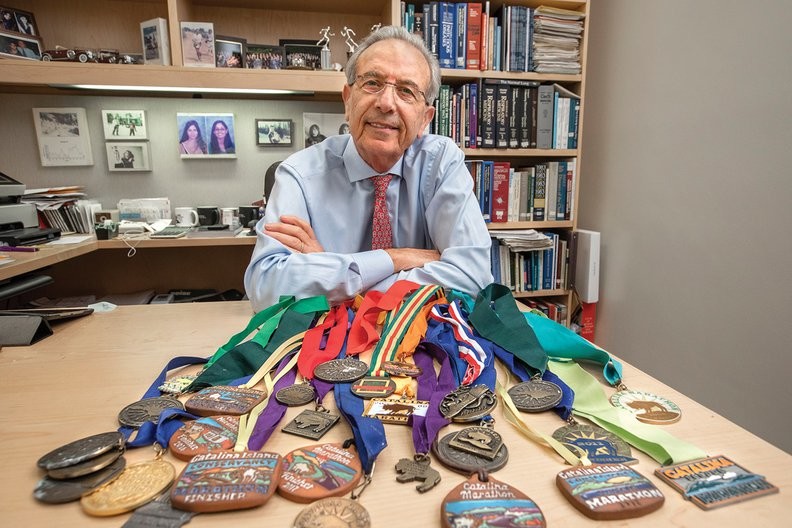 Zab Mosenifar has now run 100 marathons and have logged in 135,200 miles in his lifetime

Zab Mosenifar has owned three cars in his lifetime—and he figures he only drove one for as many miles as his own two feet have run.

The 70-year-old Cedars-Sinai Medical Center physician competed in his 100th 26.2-mile race this month on Catalina Island, just off the coast of Southern California; the Weather Channel ranks it as the sixth-toughest marathon in the world. Mosenifar estimates his running total now equals traveling 5.6 times around the world, at about 135,200 miles.

Mosenifar runs 50 miles a week, usually on his own in the mornings and with a group of men who train on Fridays. He’s run all big-city marathons in the U.S., plus some European races. He usually finishes in about 4 hours and 30 minutes. His unofficial time at Catalina was 5 hours and 32 minutes; he finished third in his age group.

But he’s not focusing on the number of races he’s run.

“I’m more impressed that I’ve been able to run all of these years. It’s less about 100 marathons and more about the fact that I’m still healthy enough to run 50 miles per week and put so many miles on my body. That’s human nature—and to me, that’s much more impressive than running 5.6 times around the globe,” he said.