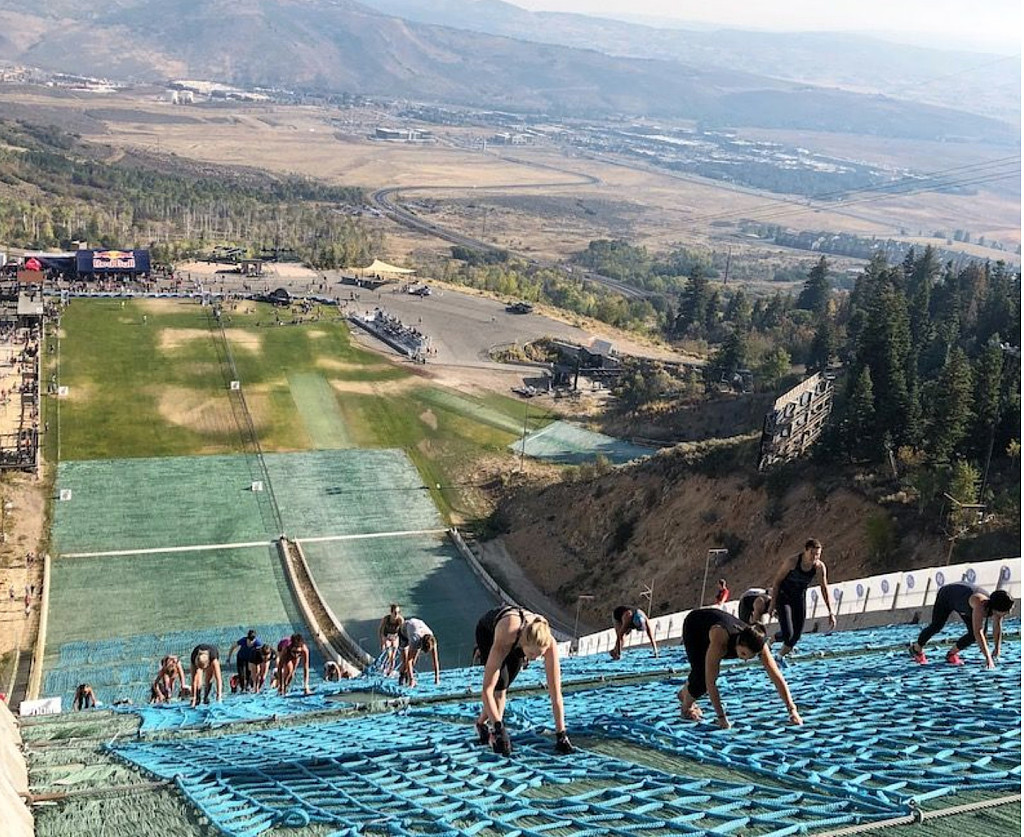 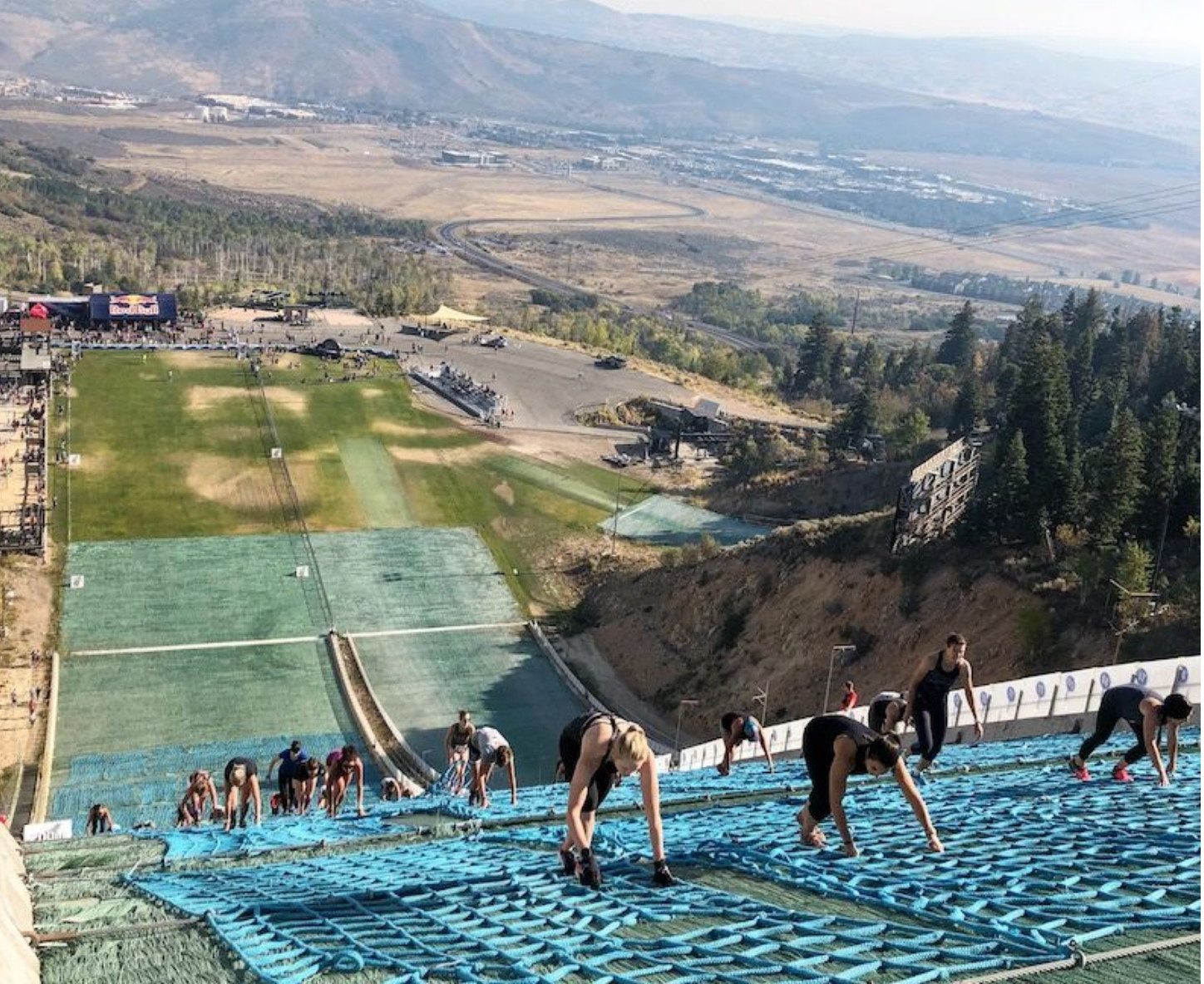 Picture running one time around a track. But instead of flat 400-meter lap, take that track to 6,870 feet above sea level and ramp up the grade to 37 percent. Now you’ve got the course for the Red Bull 400 in Park City, Utah, an uphill sprint race to the top of an Olympic ski jump.

As the highest altitude event in Red Bull’s global 17-race series, this steep jaunt up the 2002 Olympic Winter Games jump is not for the faint of heart—a fact reinforced by the collection of oxygen tanks waiting at the top. More than 1,000 athletes from all walks of athletic lives lined up for the race on September 15 at the Utah Olympic Park. 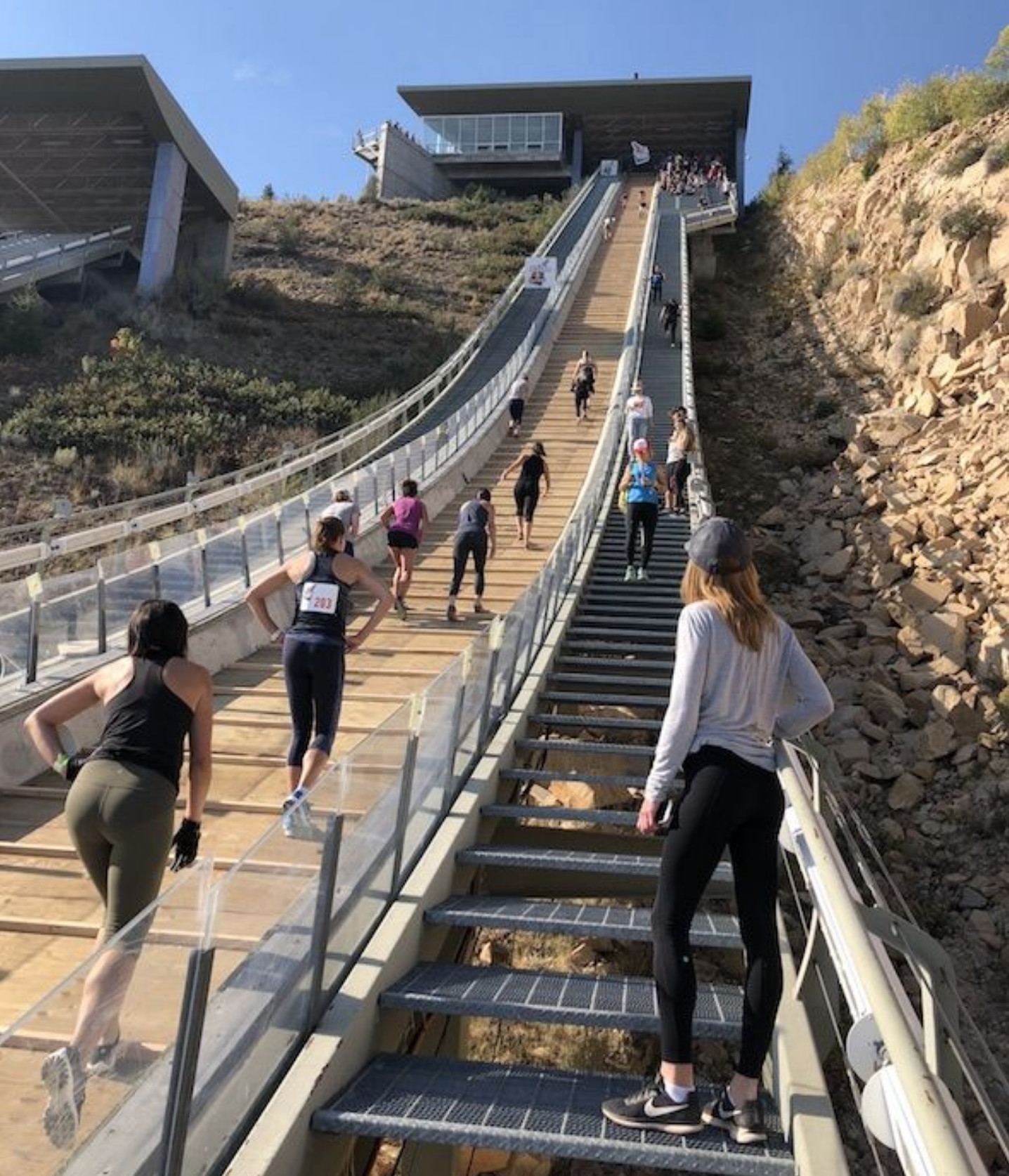 Given that scrambling up ski jumps isn’t a sport you can practice on the regular, the Red Bull 400 is somewhat of an equalizer between athletes. During the multiple heats that took place throughout the day, you could spot everyone from hardcore CrossFit athletes and Olympic Nordic skiers to recreational runners and adaptive athletes—including Misty Diaz, a female athlete born with the most serious form of Spina Bifida.

“Everyone who’s going up this hill is doing it for a different reason—for time, to see if they can do it, or because they have an obstacle in life and they think, If I can do this, then I can get through that,” Diaz says. The 34-year-old pushed her way to the top using a pair of pink crutches and impressive upper-body strength, with the goal of inspiring other “#spinabeautiful” athletes.

The steepness of the course is one difficult aspect; the surface is another. The jump is covered in slippery hula-skirt-like grass, topped by a grid of ropes. Although you could run up the first 100 to 150 meters, you will inevitably be forced into an awkward bear crawl. (Insider tip: Wear gloves for extra traction and try not to look up too often.) 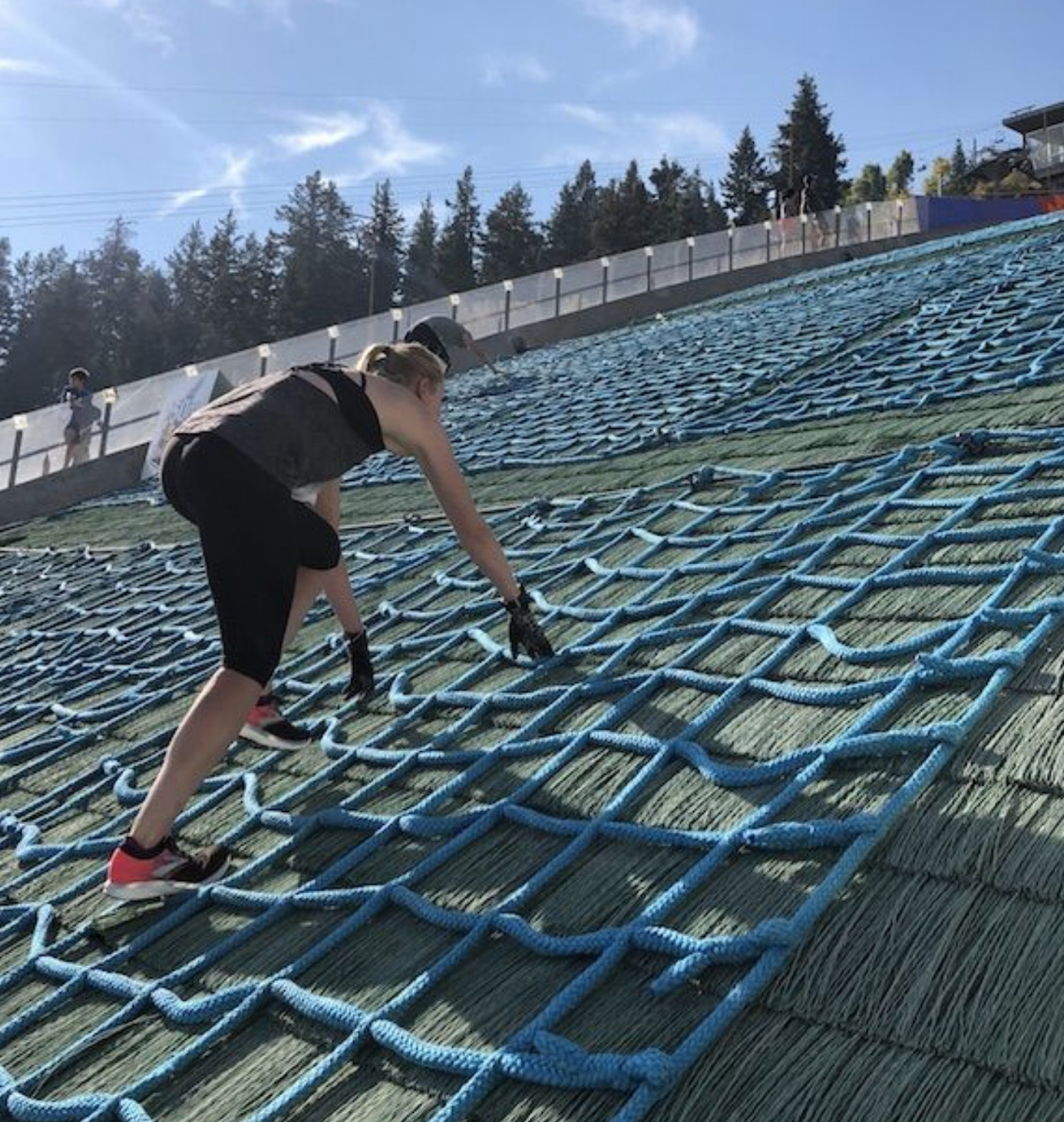 The final stretch narrows to a wooden ramp with small steps to reach the finish line mats, where athletes collapse to catch their breath. Your heart rate will skyrocket and your calves will scream, but you’ll feel as though you just summited a miniature mountain in a matter of minutes. A combination of high-end aerobic fitness, mental toughness and upper-body strength all come into play during this short sufferfest.

At the final showdown—where the top athletes from all the individual heats go head-to-head—men’s winner Miles Fink-Debray came across in a record-setting 3.45.6, and professional triathlete Megan Foley defended her title in 5.14.4.

“I really love the fast and furious events, so I kind of love this,” Foley said after the race. “It’s shorter than what I normally get to do, but it’s so hard and so fast, it’s just a fun event. I was really nervous because of the high caliber of the athletes that are here this year, so I was stoked to be able to just hold my own against them.”