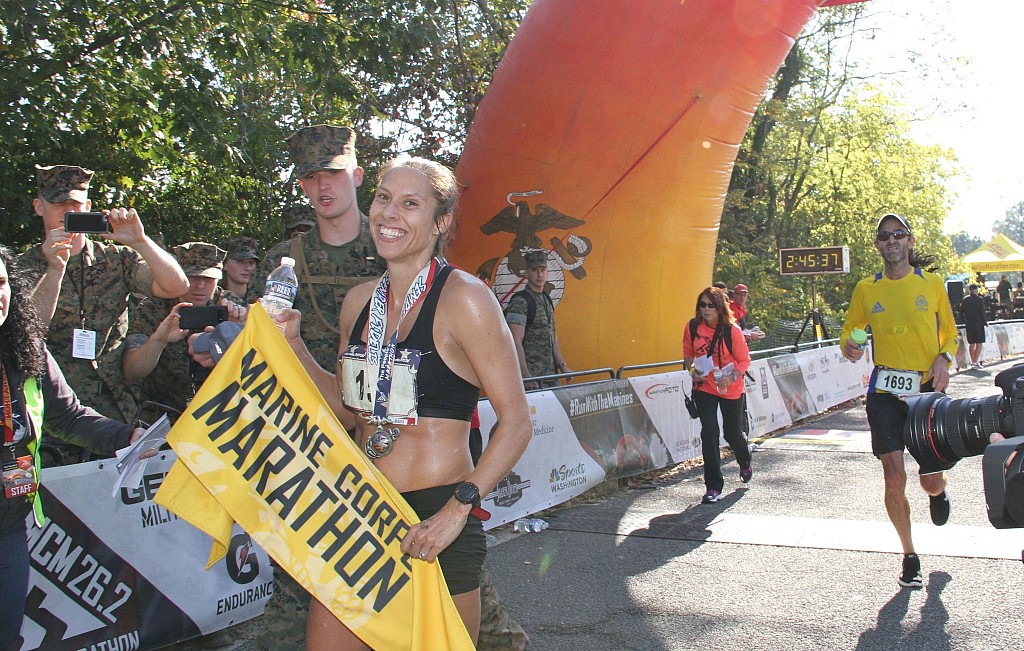 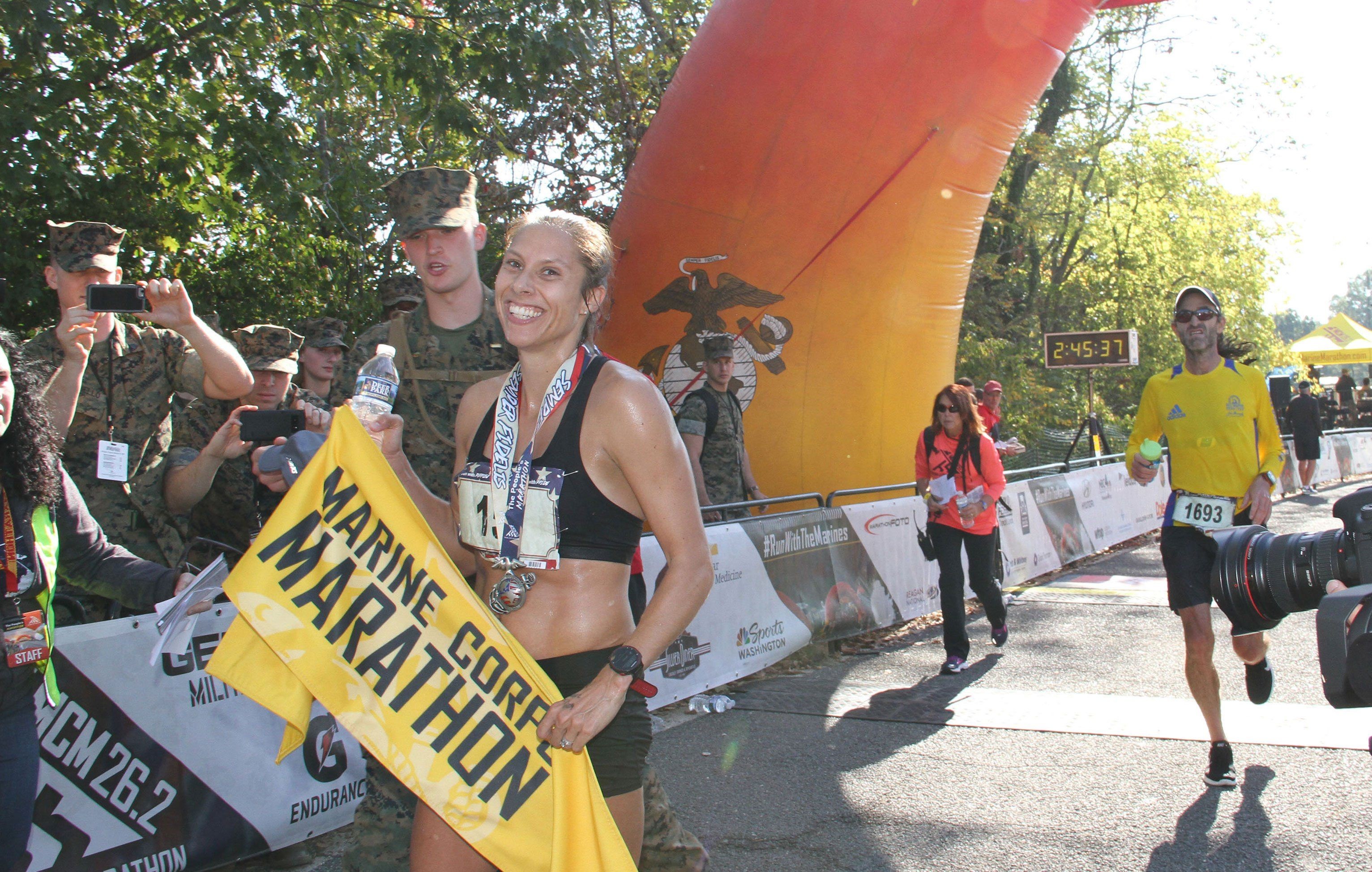 With Her Family Behind Her, 48-Year-Old Virginia Mom Qualifies for Olympic Trials

Sarah Bishop’s running career began just a few year ago when she set a goal to run for 30 minutes a few times a week. Now, she’s preparing for the Olympic trials marathon.

The Fairfax, Virginia, resident won the Marine Corps Marathon in October, and then qualified for the Olympic trials at CIM in December.   But it all started a few years ago with short runs squeezed in between work and taking care of her four young daughters, all of whom are currently under the age of 8. 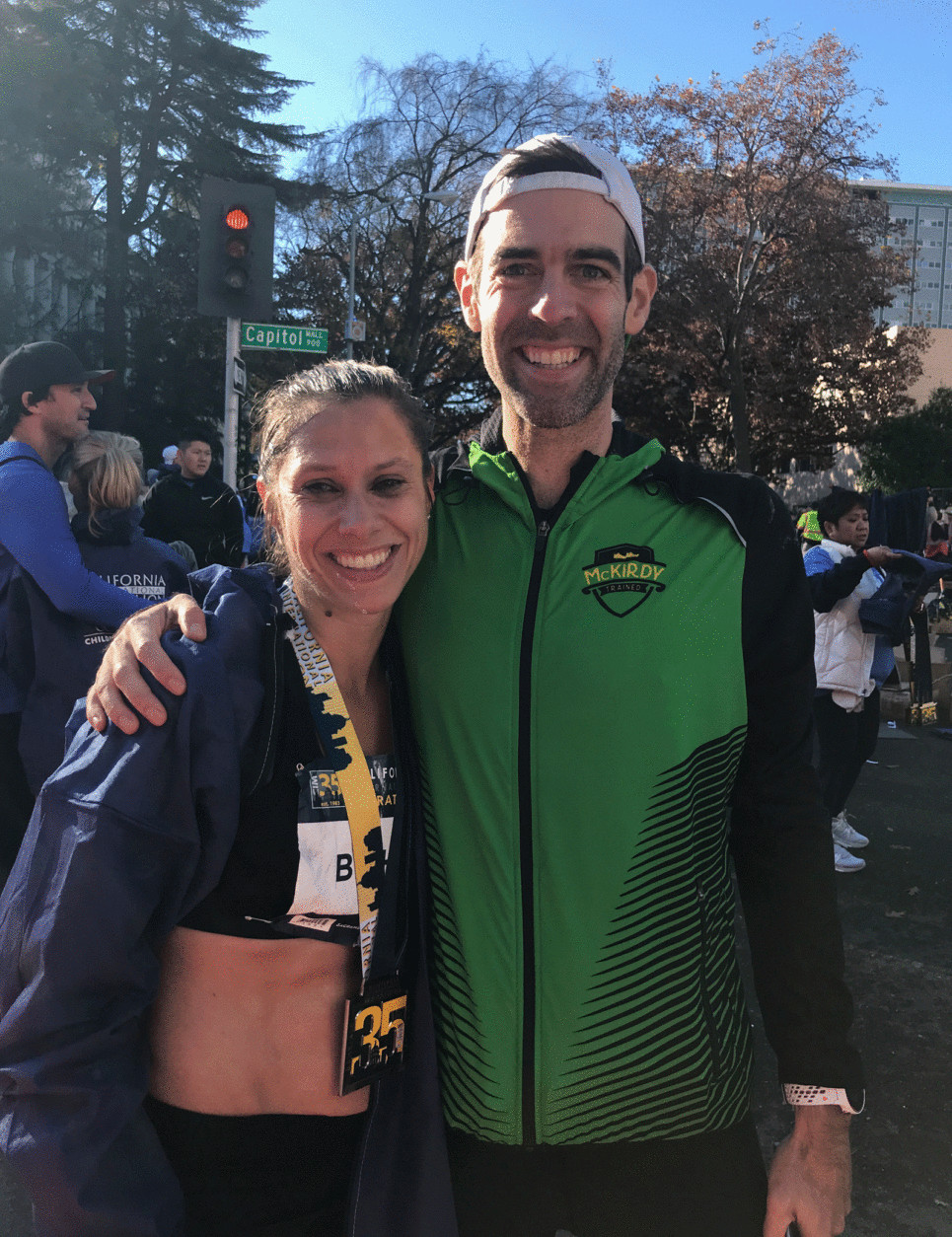 “When I started running just three years ago, there was no goal to even run a marathon,” she said.

Bishop, 35, ran track at Auburn University and during her time in the Air Force, but found herself in a situation where she “literally didn’t run for 10 years.”

She reintroduced running to make time for herself in her hectic life with a full-time job and growing family. She aimed to start with a 30-minute jog a few times a week; it evolved into running an hour, and then doing that more frequently. Eventually running “snowballed into more than a hobby,” she said.

And the hobby gave way to purpose, too.

“When you’re so absorbed your family and working full time and raising kids, you kind of lose a little bit of your identity. I needed to find something for myself that could make me feel like me again, which would help make me a better wife and a better mother.”

James McKirdy, Bishop’s coach, said while she is a world-class athlete, motherhood is an achievement she is most proud of. 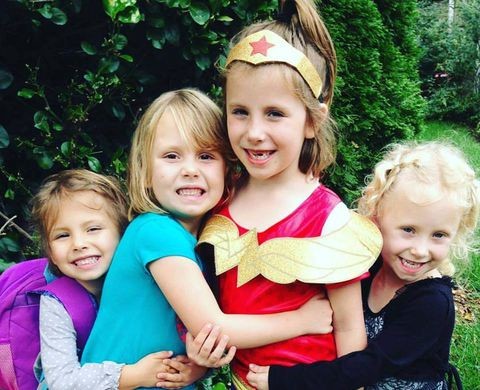 “Her pictures are not about her running — most of her pictures are of her family,” he said. ” … Yeah she runs fast, and that’s great, but she’s a mom and a wife first.”

Qualifying for the Olympic trials has long been a dream for Bishop.

Bishop didn’t commit to running Marine Corps Marathon until nine days before the October race, reasoning she’d use the experience as a training run for the December California International Marathon. But on race day, she knew she was gearing up for a great run.

“I was standing on the start line and I was feeling like a million dollars and it was one of those days where I knew I was going to have the race of my life,” she said of the race where she went on to place as the first female finisher.

While Marine Corps win was wonderful, Bishop was just shy of making the 2:45 cutoff for the Olympic trials. She went to the California International Marathon with fierce focus on her goal to qualify for the trials, she said.

“I knew coming in to this race I was in shape to do it. I knew it was my shot.”

Bishop went on to finish the race in 2:42:46, snatching up one of the about 200 Olympic trial qualification spots — the cherry on top of what she calls a “fairy tale season.”