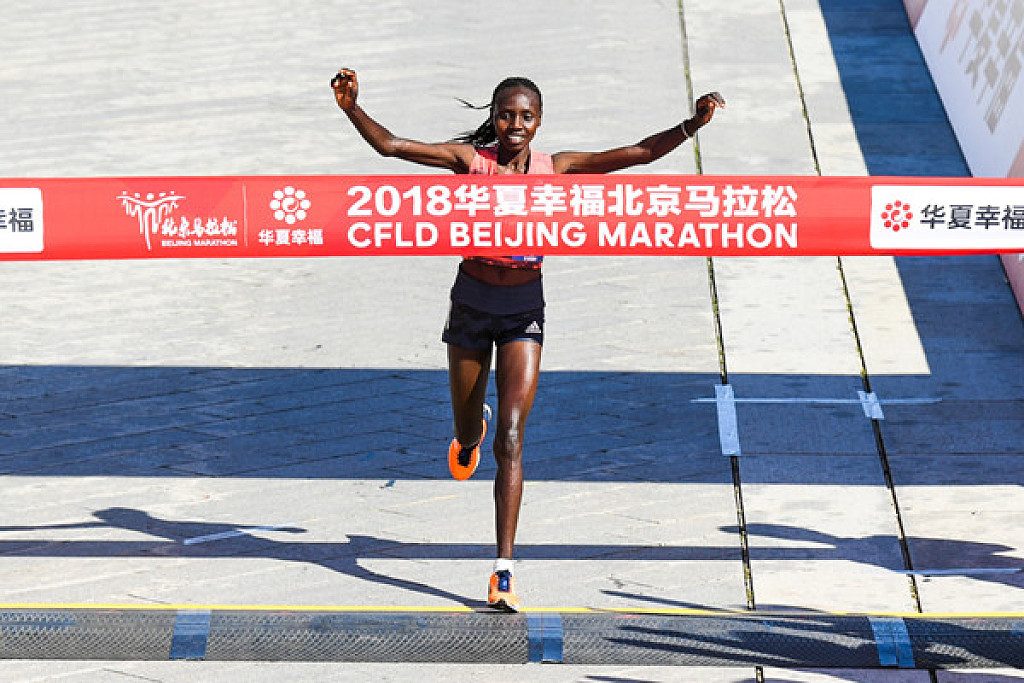 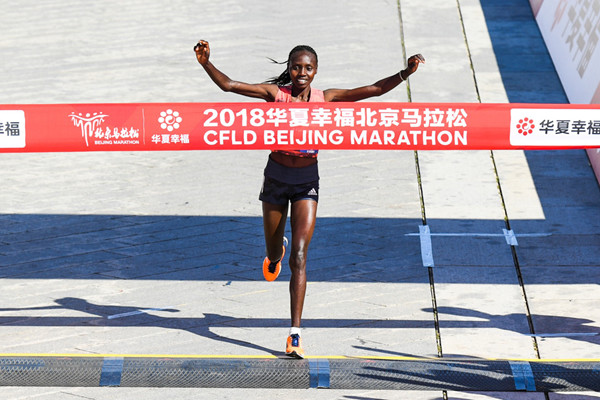 The women’s race was first introduced to the Beijing Marathon in 1989, but Kenyan runners had never previously managed to reach the top step of the women’s podium. Aiyabei, the fastest entrant and the only Kenyan in the elite women’s field, broke clear after 20 kilometres and kept pushing ahead until hitting the line in 2:21:38, ending a four-year winning run by Ethiopian runners. Her winning mark is the fourth fastest in the history of the race and the quickest mark since 2005, but is two minutes shy of the 2:19:39 course record set by Sun Yingjie in 2003. “This is my first time running the Beijing Marathon,” said the 27-year-old, who set her PB of 2:20:53 when finishing third at last year’s Berlin Marathon. “The race today was good and the weather was good. Everything was good. I want to say thanks to my pacemaker and my husband, he did the best job. I am very happy.” The race was staged under cool ad breezing conditions and the in-form Aiyabei tried to break away soon after the gun. After passing the water station at five kilometres, only Bahrain’s Eunice Chebichi Chumba, with a PB of 2:24:27 set last year in Rotterdam, managed to keep up with Aiyabei’s pace. The duo remained together for another 15 kilometres before Aiyabei finally broke free from Chumba. Paced by her husband Kenneth Kiplagat Tarus, Aiyabei kept widening the gap between her and Chumba. When Tarus stepped out of the course at 40 kilometres, Aiyabei had already built a lead of more than four minutes. (09/17/2018) ⚡AMP