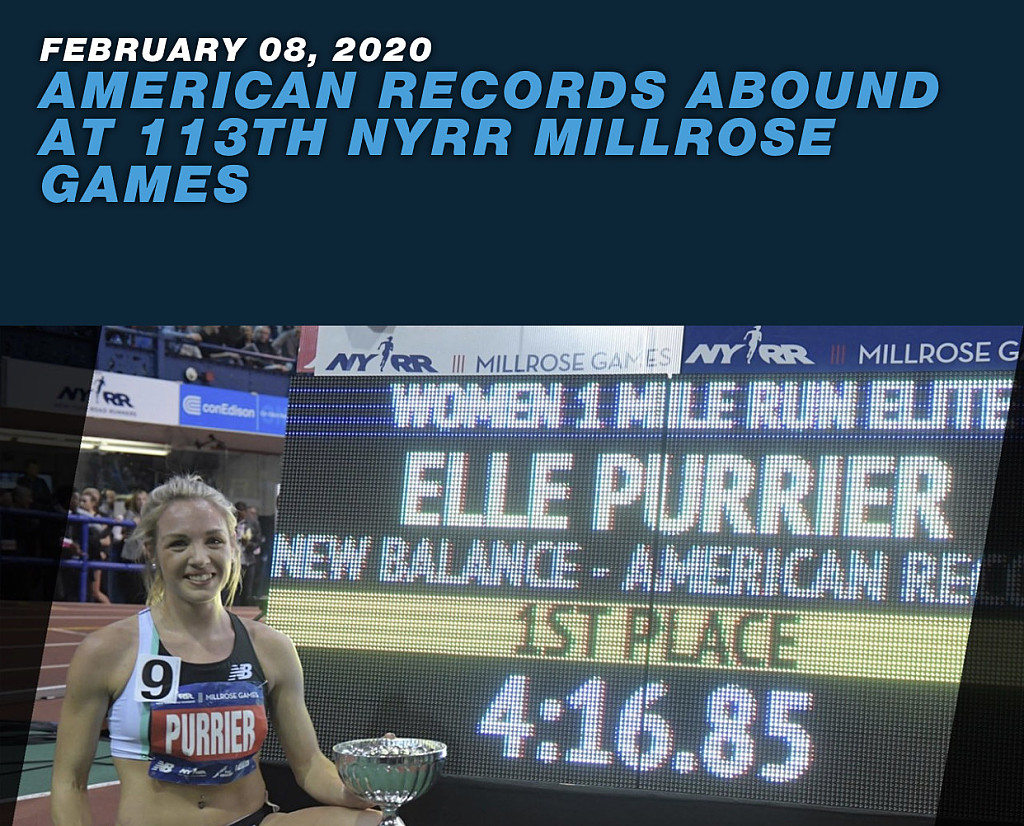 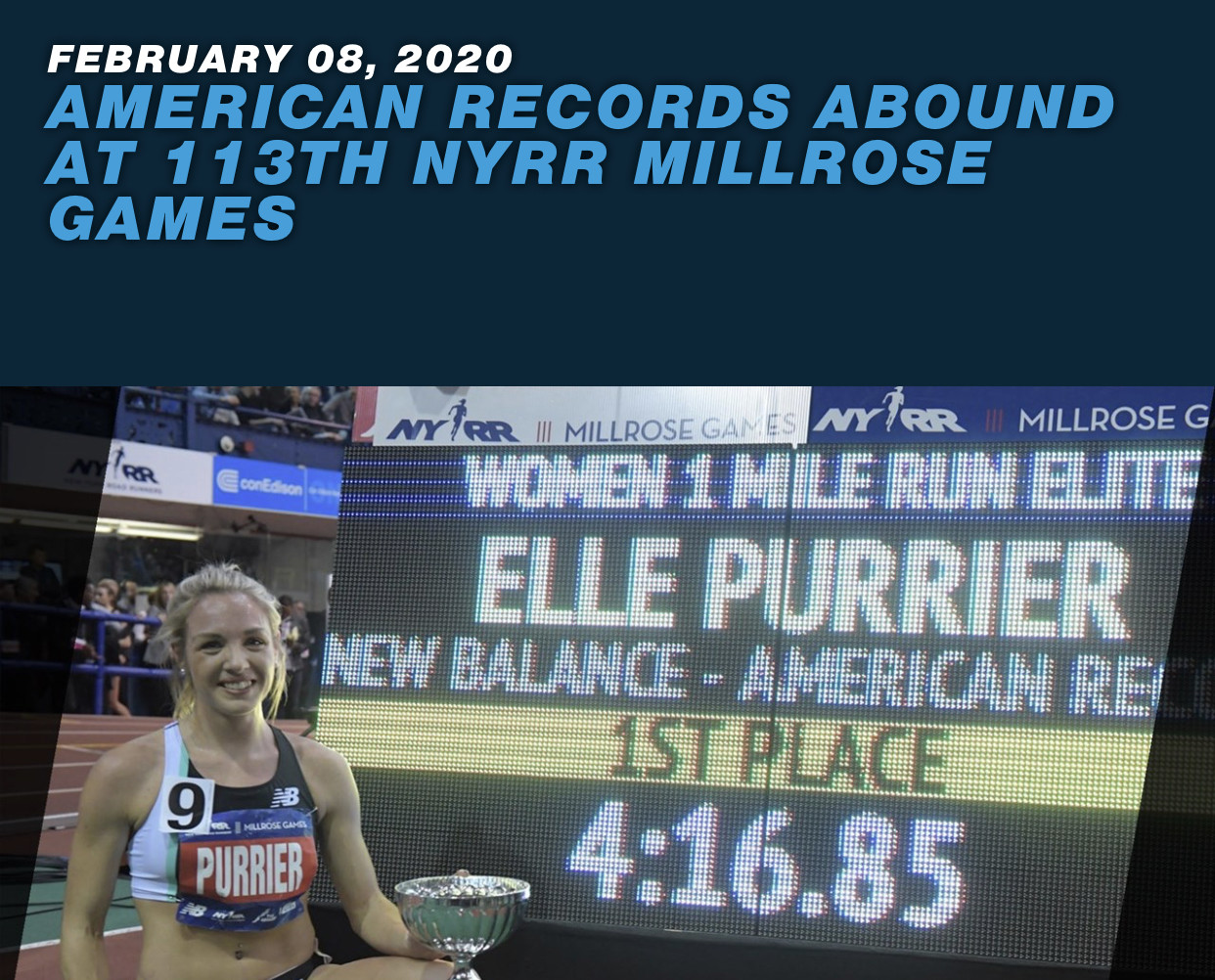 Elle Purrier raised the bar in the NYRR women’s Wannamaker mile smashing the American Record in 4:16.85. At the bell, Purrier powered ahead to outpace Germany’s Konstanze Klosterhalfen at the wire and break one of the oldest American records in the books, a 4:20.5 by Mary Slaney in 1982. Her en route time at 1,500m was 4:00.23, the second-fastest time in U.S. indoor history 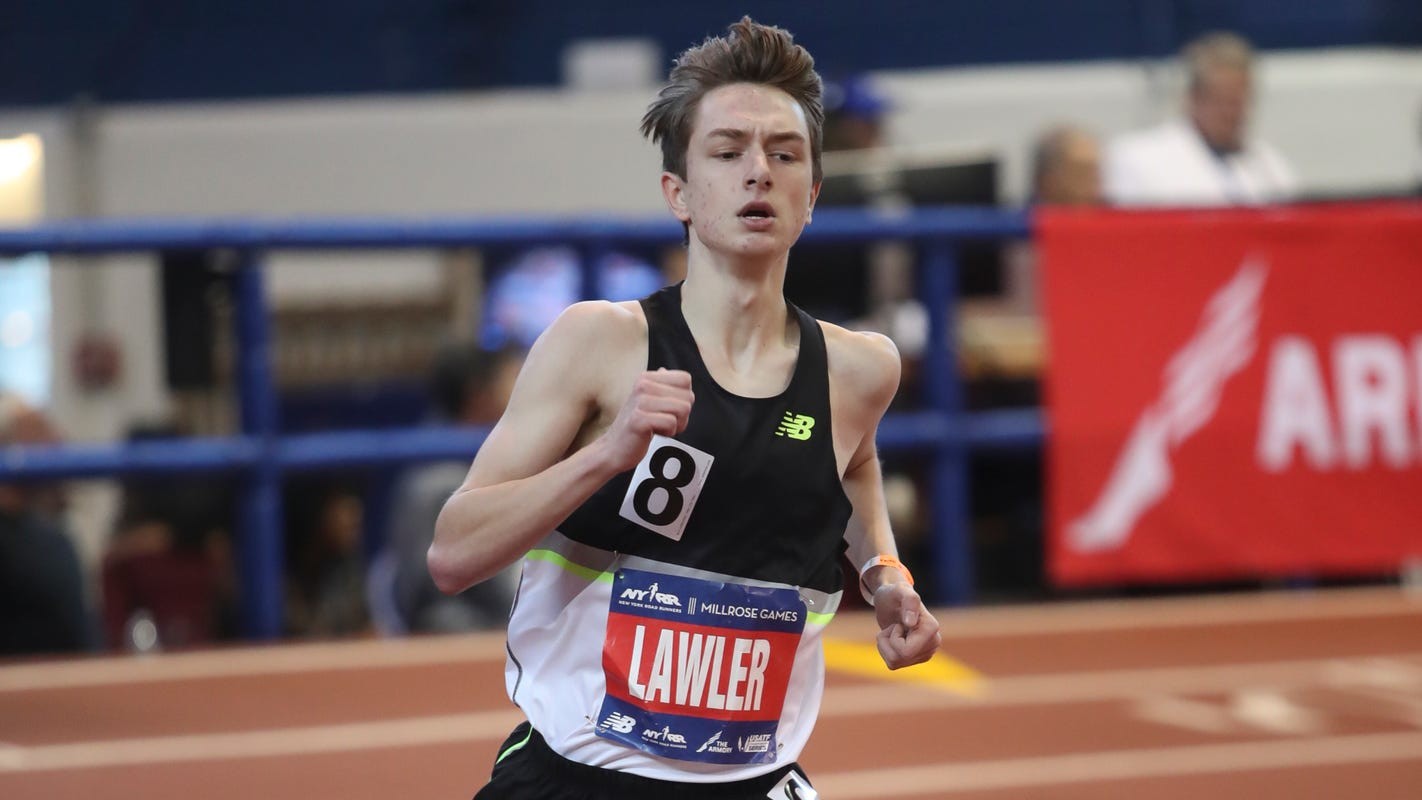 In the New York Presbyterian men’s 800 meters, Donavan Brazier added another record to his resume, crossing the line in 1:44.22 to break his own mark of 1:44.41 set here last year in finishing second. Brazier holds both the indoor and outdoor U.S. records. Ajeé Wilson put on a show in the women’s 800 meters, biding her time through 600 meters when she surged to go ahead of Jamaica’s Natoya Goule to cross the line in 1:58.29, bettering the AR of 1:58.60 she set in 2019 to win the Millrose title.

In a showdown between the reigning Olympic and World champions in the men’s shot put, Rio gold medalist Ryan Crouser blasted the sixth-best throw in American indoor history, a 22.19m/72-9.75 in round five, that gave him an almost three-foot margin of victory over Doha winner Joe Kovacs, who threw 21.34m/70-0.25. 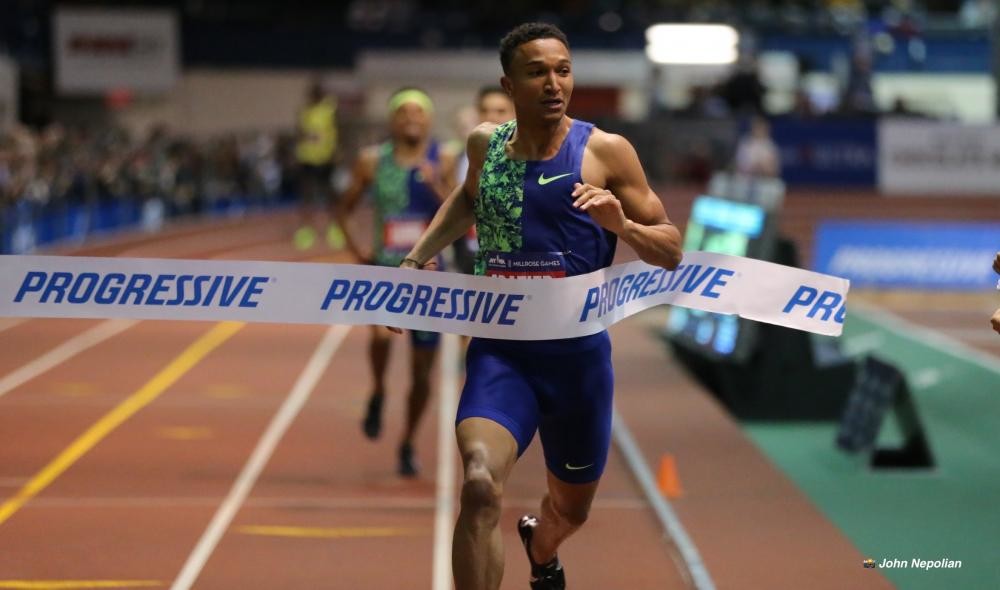 Another world-leading performance came in the women’s pole vault, where Sandi Morris scaled 4.91m/16-1.25, a height only she and Jenn Suhr have ever bettered on the U.S. indoor all-time list.

Keni Harrison, the world record holder in the women’s 100m hurdles, won the 60m version of her specialty in 7.90, with Daniel Robertstaking the men’s race in 7.64. Coming through 200m in 20.61, 400m hurdles World Championships silver medalist

World Championships fourth-placer Wadeline Jonathan powered away from the field in the Cheryl Toussaint women’s 400m to win by more than a second in 51.93, while Team USATF steeplechaser Allie Ostranderunleashed an unbeatable kick over the final 100m of the Mike Frankfurt women’s 3,000m to win in 8:48.94.