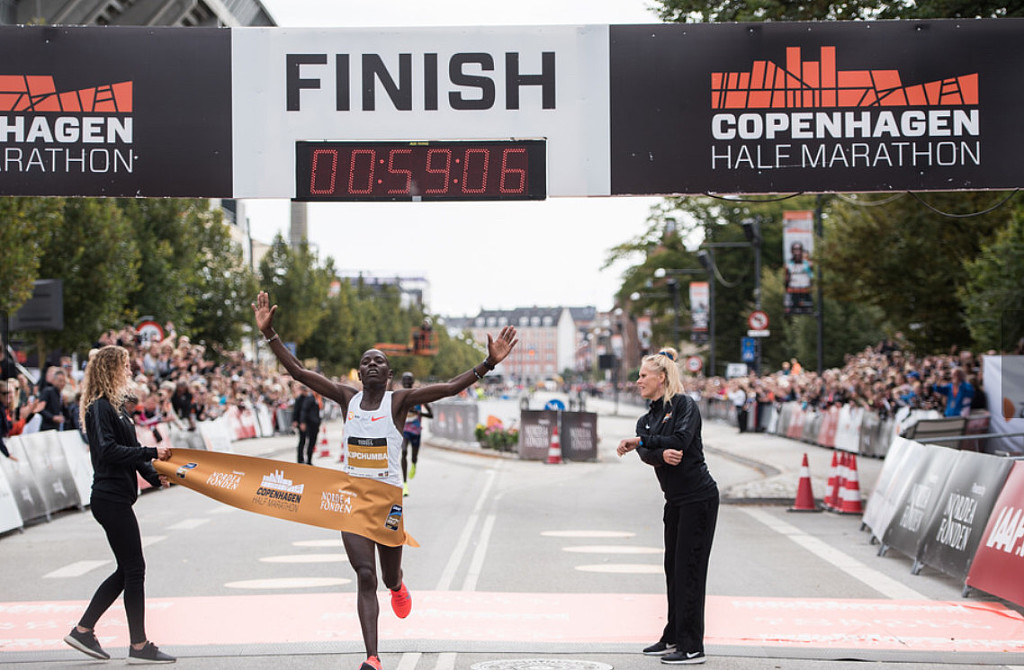 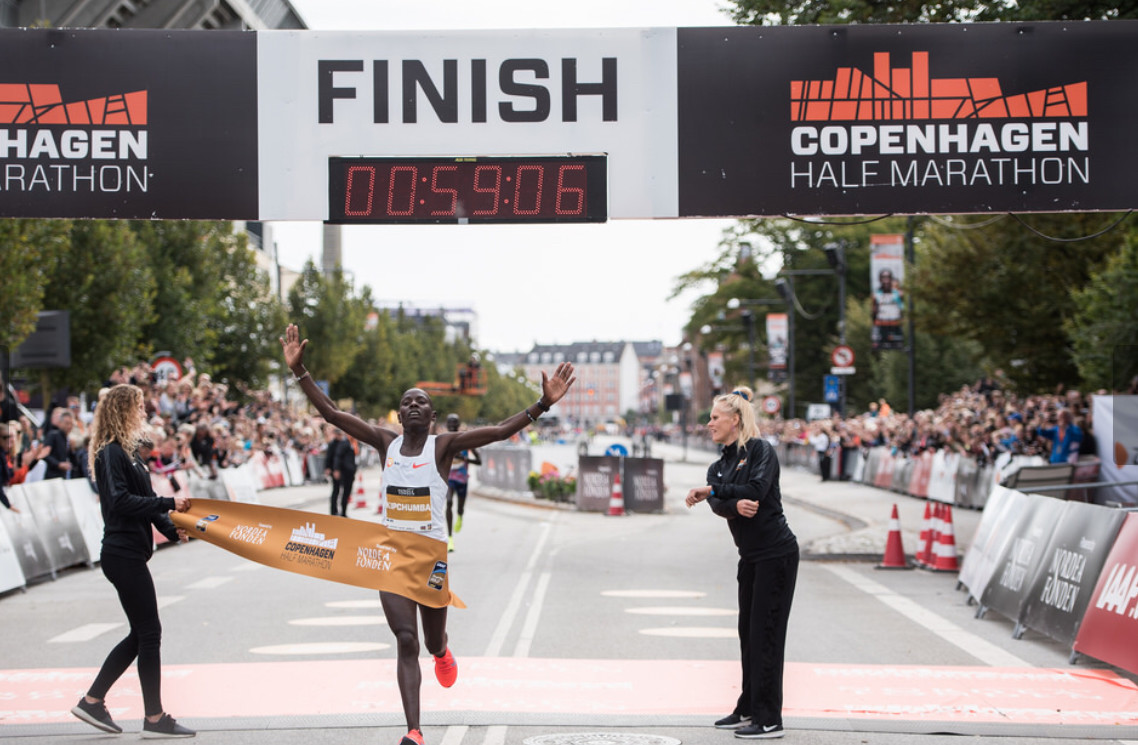 The Danish organizers had hoped for a world record in the Copenhagen Half Marathon men’s race today September 16.  World records, however, do not come that easy. The first 10K proved to be too slow with a big leading group clocking  28:10. At the finish Daniel Kipchumba (KEN) won in 59:06, equalizing his best time set back in April when he won in Lago Maggiore Half Marathon.  “I am very happy. I wanted to push the pace at 15K, but I found conditions to be too windy, and so I stayed in the group,” said the 21-year-old Kenyan, who will be attempting a new fast half marathon time in New Delhi on October 21st. With the first eight men finishing in a time below one hour, CPH Half once again proved to be one of fastest half marathon races in the world.  “This is a fantastic race. I was here in 2014 for the Worlds and it has grown even bigger since then. Great course, very fast course and with a European record by Sifan, which is absolutely stunning. And 22,000 runners enjoyed it. That’s what it is all about!” says Norrie Williamson, technical delegate from IAAF for the CPH Half.  (09/16/2018) ⚡AMP