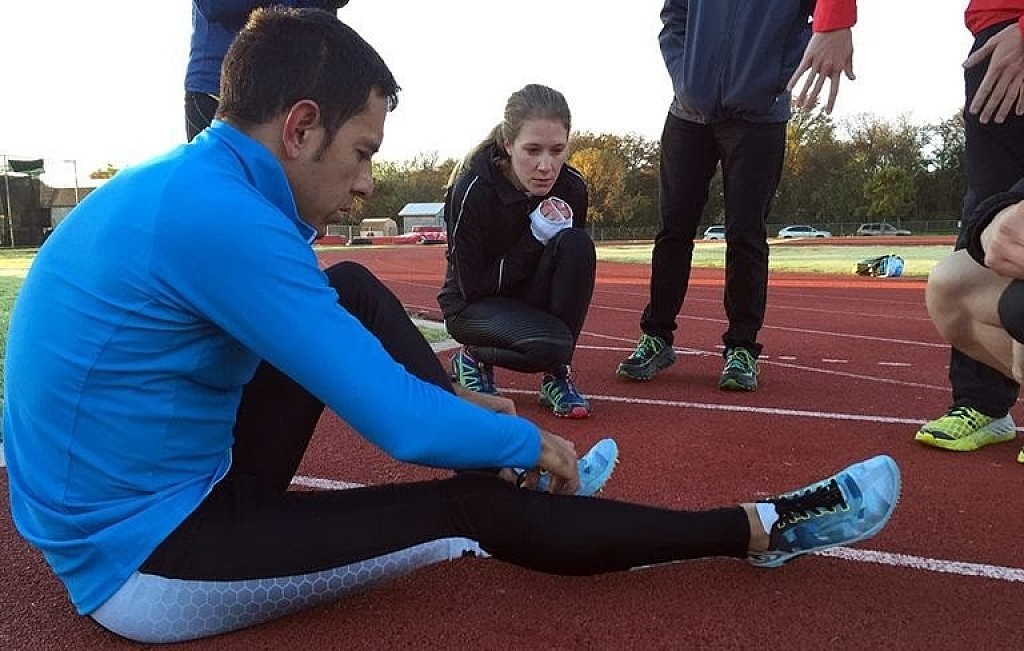 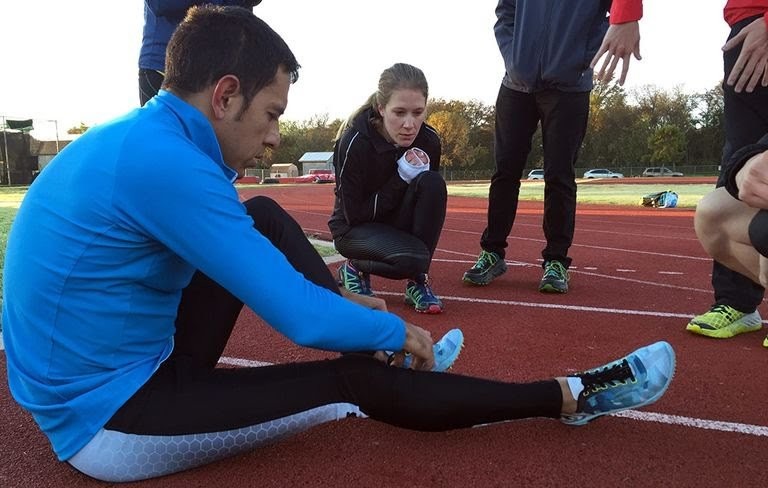 The last place you’d expect to see the bold logo of Hoka One One, a brand known for its max-cushioned midsoles, is on a pair of track spikes.  But the company put in two years of research and development to create a distance spike called the Hoka Speed EVO R that debuted at the U.S. Trials last July and went on sale for the rest of us this month. The Hoka Speed EVO R spike is different from other spikes on the market. To start, the left shoe doesn’t match the right. Both soles are tuned to provide the strongest support when you’re turning left—which, on the track, you do about 60 percent of the time. The spike location is different for each foot, and the semirigid torsion plate, covered with sharp teeth, angles from the left side of the arch to the right side of the heel on both shoes, providing stability as you torque your way around the track. The Speed EVO R also provides more cushioning than you’re used to seeing in a spike, but not quite as much as it would seem from just looking at the shoe. Your foot doesn’t sit on top of the full midsole height: some of that thickness is a sculpted sidewall that provides what Diard calls a “bucket seat,” centering the foot and creating arch support. The midsole foam is typical Hoka light but more responsive than the stuff found in the company’s training shoes. “We put twice as much cushioning as in most spikes,” Diard says.  As with the Hokas, it’s unclear whether these shoes will find a solid audience. Runners who have tested them report they don’t have the pop one expects from a track spike, but they are significantly more comfortable and seem applicable for cross-country and the longest track events. If you’re interested in testing the shoes for yourself, the Hoka Speed EVO R sells for $130. (06/23/2018) ⚡AMP