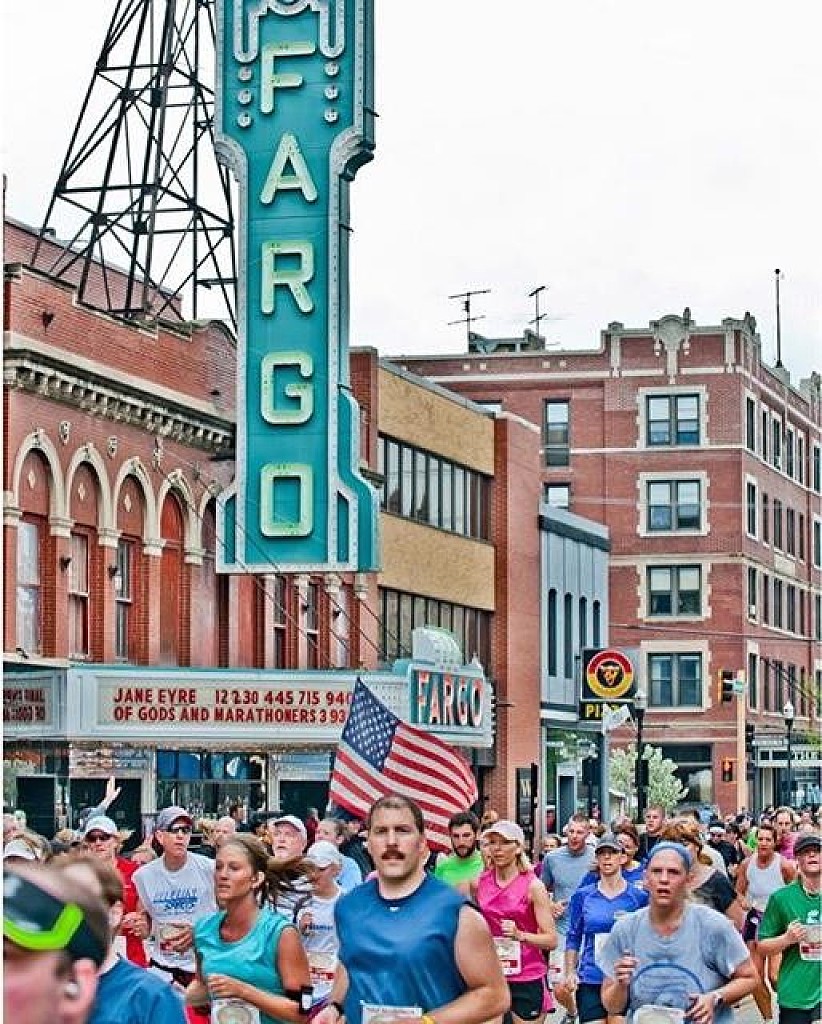 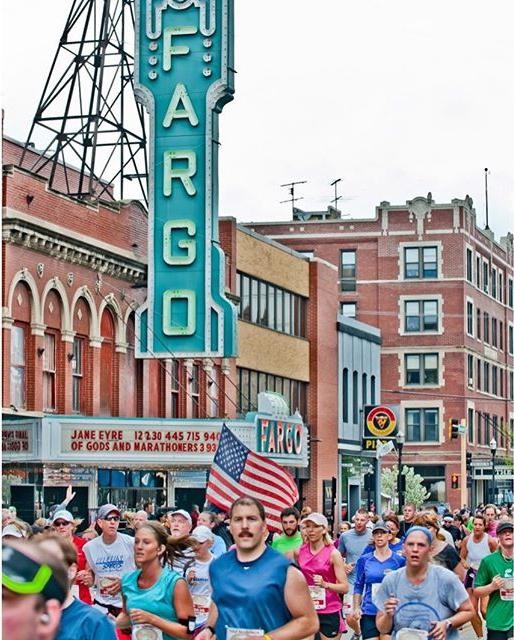 Ladies and gentlemen, start your running shoes. The Sanford Fargo Marathon got the green light from the city of Fargo and crucial sponsors and will proceed as planned for its week-long events Aug. 24-29.

Moreover, the 26.2-mile marathon may be one of the few races of that distance in the country and could attract more runners than usual. It most likely will be the first to resume after being rescheduled because of the COVID-19 pandemic. 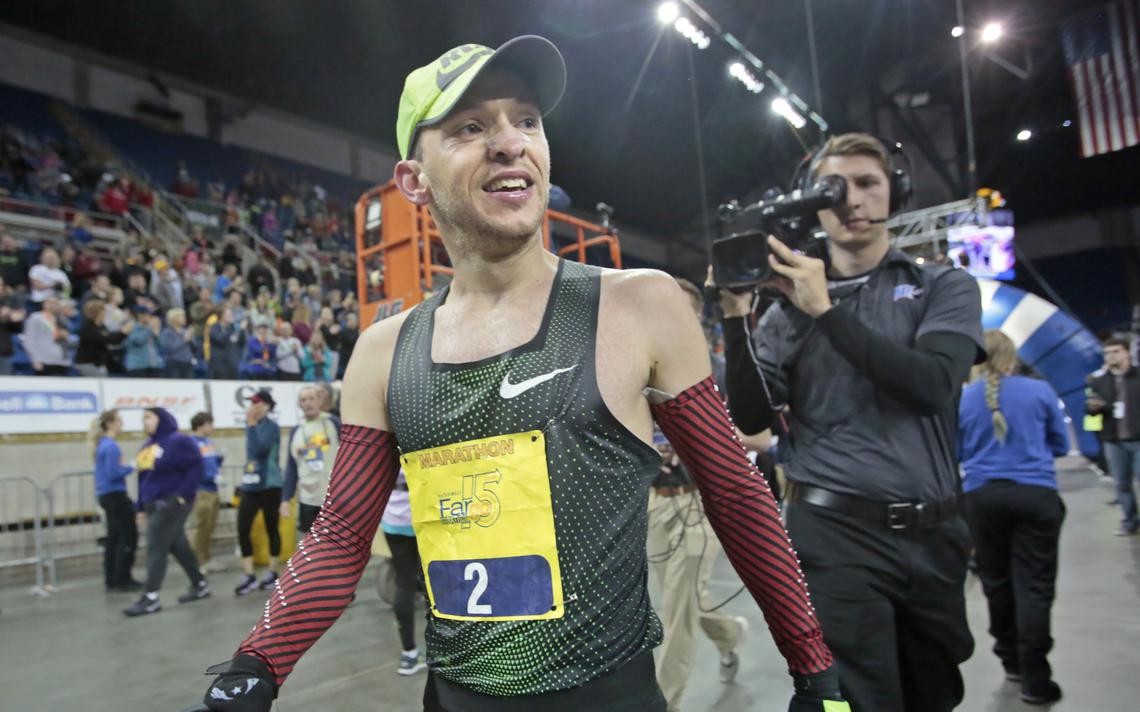 “We’re getting emails from people all over the country saying I see you’re still on,” said race director Mark Knutson.

He said Rugged Races, the owner of the Fargo Marathon, gave its blessing. Mike Almquist, who along with Knutson has been on board since the event’s inception in 2005 and is the operations manager under Rugged, has been getting elite applications almost daily, Knutson said. 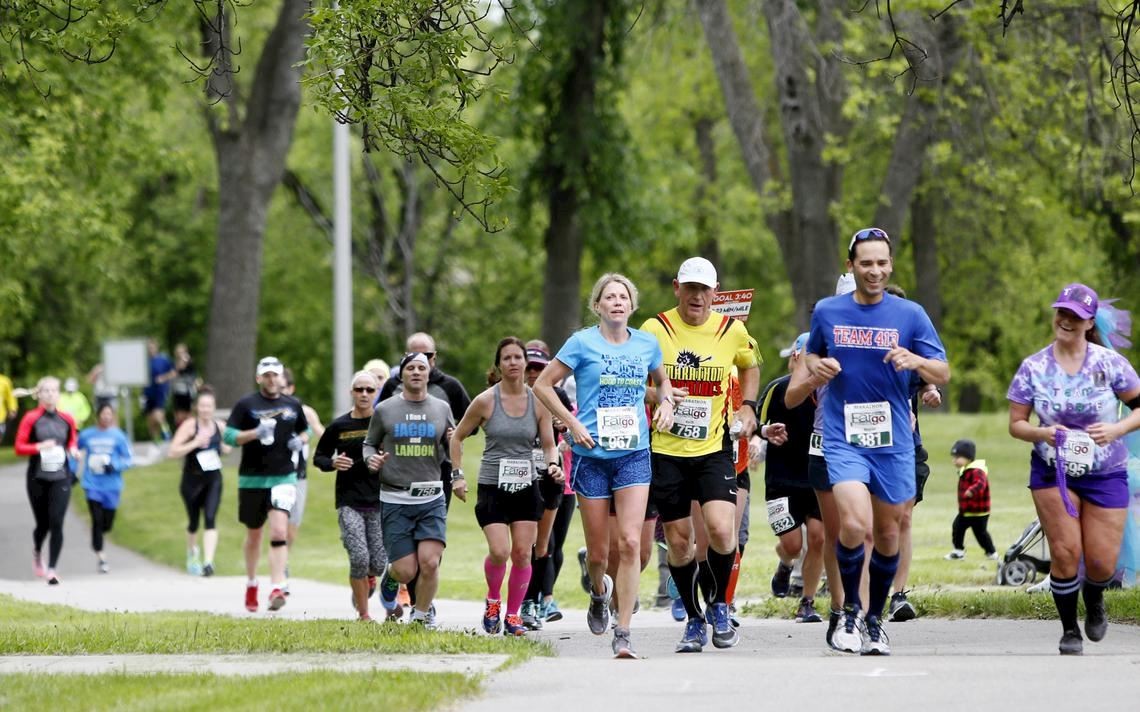 This year’s races will see some significant changes with social distancing measures. They will start and finish on the east side of the Fargodome instead of inside the facility. Runners will be starting in groups of 500 that will be assembled in multiple corrals in the dome parking lot.

“There will be no mass start outside of 500 people,” Knutson said.

The marathon route may have to change depending on the access to the city of Moorhead, Concordia College and Minnesota State Moorhead. It may go through downtown Fargo at the beginning of the race instead of toward the end but that is more because of road construction, Knutson said.

“By no means do we want to leave Moorhead out,” he said. “The course is still a little bit in limbo. If we can’t go into Moorhead, we’ll have to figure out additional real estate in Fargo.”

Around 10,000 are currently registered for all events. Knutson sees a realistic cap of around 15,000 registrants. Precautions will also be taken at aid stations, packet pickup and with volunteers.

“We have a very good COVID-focused plan, a really good plan,” he said.

The plan could see further easing of restrictions depending on the level of risk that is determined by the North Dakota Health Department. It’s currently at a green, or low level. It’s one level above blue, which is the safest.

At a green level, finishers will be given a medal, a pre-packaged food bag and then be encouraged to leave the premises.

“If we go to a blue on a state-wide level, I’m sure we’ll have music at the finish line and have a party in the parking lot,” Knutson said. “But for now, we’re going to proceed as if we’re going to stay with a green level.”

The record for all events is 25,700 set in 2012. A proliferation of marathons in recent years has made for a more competitive market, especially for out-of-town runners looking for a destination marathon.

Grandma’s Marathon in Duluth, Minn., normally held this month, was canceled. Knutson said he’s heard from runners who were registered for the Boston Marathon, which also was canceled.

“We hope to get some more national draw,” he said.

The Fargo Marathon and four-person relay, 13.1-mile half marathon and 10K are set for Saturday the 29th. The cyclothon, either a 15-mile or 26.2-mile loop, begins the week on Monday, Aug. 24 followed by the Furgo Dog Run on Tuesday. The annual Youth Run is set for Thursday and the 5K is set for Friday night.

The events were originally scheduled for mid-May. Participants who were registered for those races will automatically be entered in the new dates.

No refunds will be given. Registered runners who can’t make the new dates can do a “virtual run” and have their medal, bib number and race swag shipped to them.