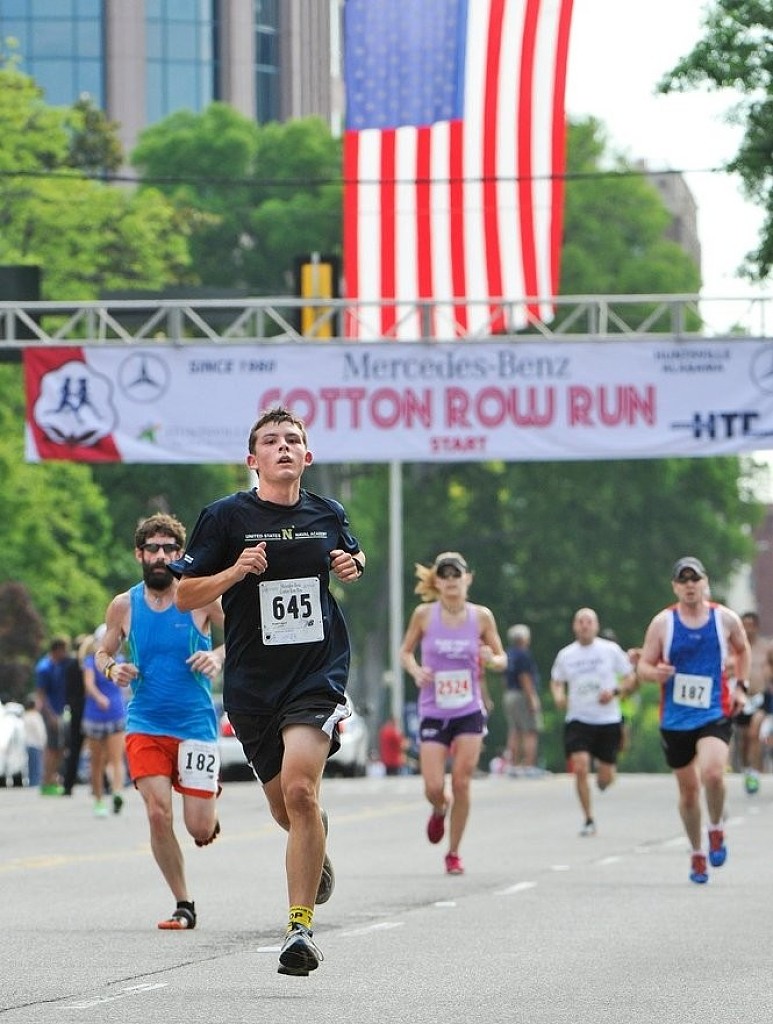 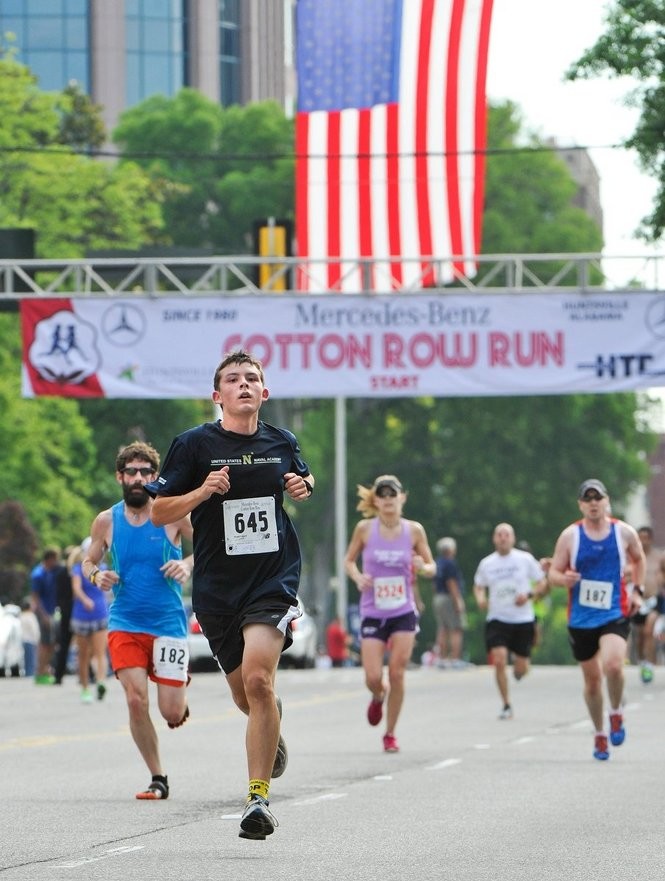 For four decades, this road race has been a Memorial Day tradition in downtown Huntsville.

Each year the runners assembled at the start are reminded of the meaning of Memorial Day and that they have the freedom to run because brave Americans sacrificed for this nation’s liberty.

The 40th annual Cotton Row Run is scheduled for Monday, Memorial Day. Construction moved the start from the Von Braun Center to Big Spring Park. The 10K course remains basically the same, including the big hill on Mountainwood Drive, but the 5K course is totally different. 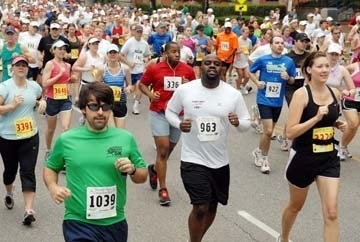 The new title sponsor, Bill Penney Toyota, will give away a 2019 Mitsubishi Mirage, to a race registrant whose name is selected by computer. 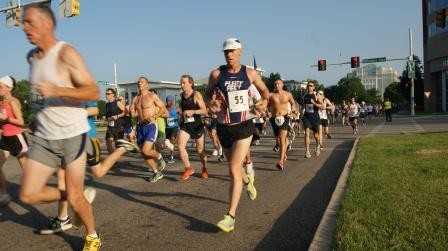 “We’re ahead of the total numbers now (from last year),” Eric Fritz, president of the Huntsville Track Club, which conducts the race, said. “We usually get over 400 (late registrants) the day before the race.”

Three men who have run all 39 Cotton Row 10Ks and plan to run their 40th on Monday include Bill Allbritton, 64, of Scottsboro; J.D. Turner, 71, of near Elkton, Tennessee; and Kevin Jose, 58, of Huntsville. 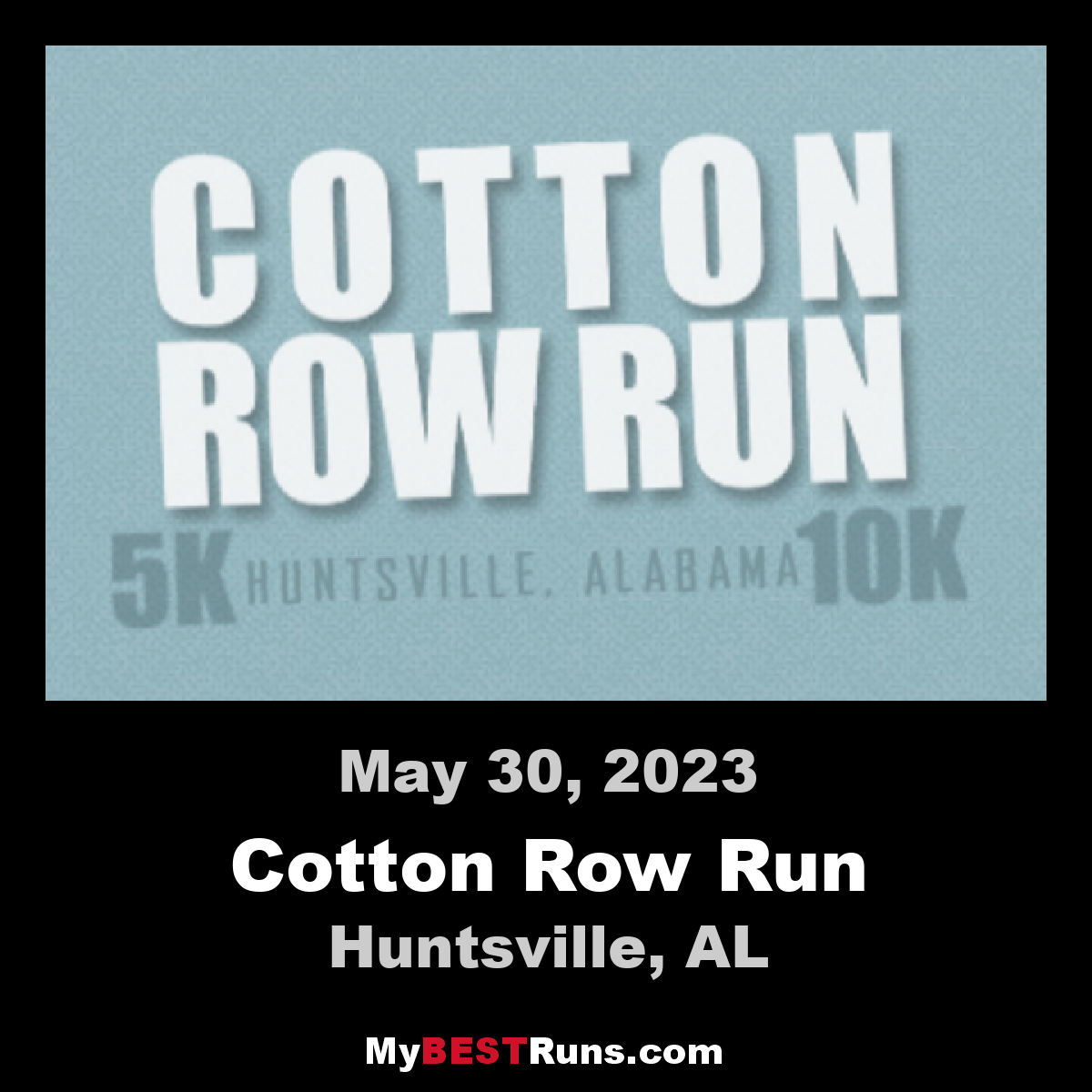 Since 1980 Cotton Row Run has been the premiere Memorial Day running event in the South. The Cotton Row Run is conducted by the Huntsville Track Club and the 10K race is the final awards event on the Running Journal Grand Prix Championship Circuit. Those wishing to walk this event will find a special starting area reserved for them to...