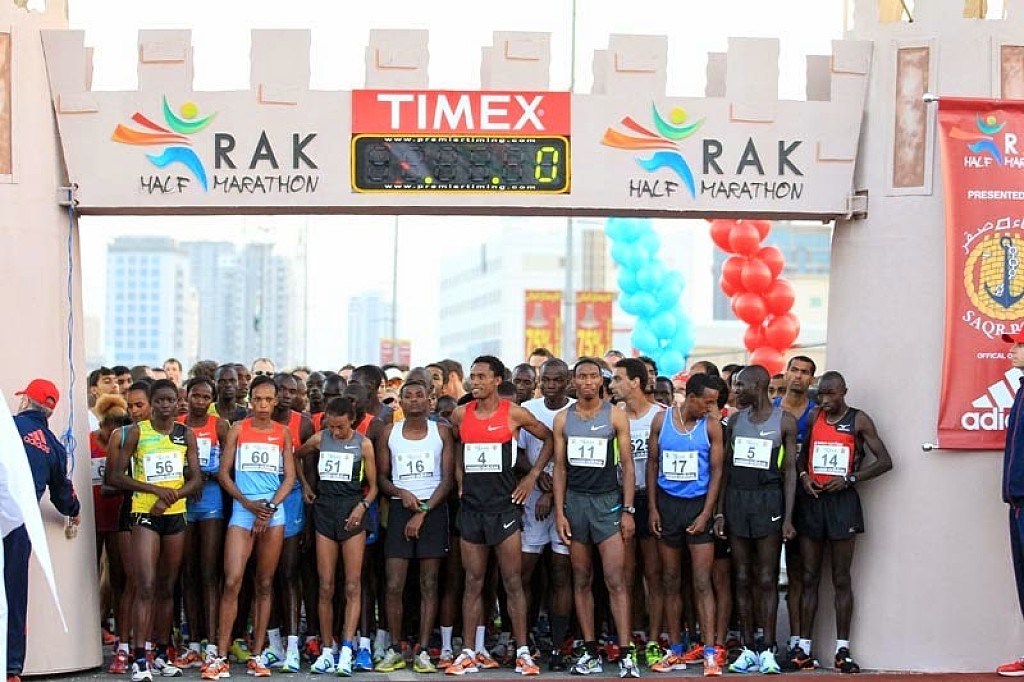 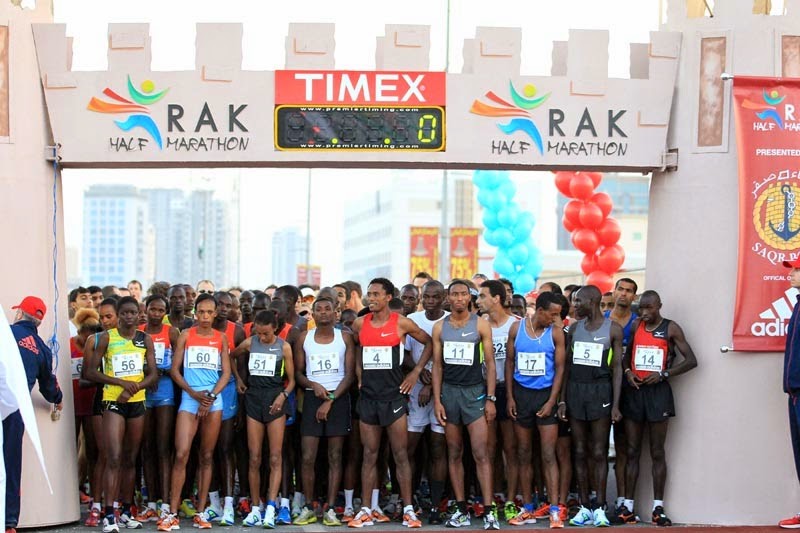 Bedan Karoki of Kenya last year retained his Ra’s Al Khaimah Half Marathon title from 2017 (59:10), storming to a 58:42 and leading six others under the one-hour barrier. In the women’s race Fancy Chemutai from Kenya missed the three-month-old women’s world record by just one second with her 1:04:52 clocking in a memorable clash with Kenyan Mary Keitany.

Topping this year’s men’s line-up is Ethiopia’s Abadi Hadis, who on October 20 was third at the Valencia Half in 58:44, in only his second outing over the distance. His fabulous track times at 5000m and 10,000m plus his Cross Country pedigree, single him out as a genuine all-round racer, and if his 2018 form on road and track is maintained, he will be the one to beat.

Behind the young Ethiopian is a host of top Kenyans and fellow Ethiopians.  Jorum Okombo is one of the former, placing fourth last year (59:36) when just 20, but with a 58:48 best when runner-up in Copenhagen 2017. Despite a string of fast times over the last two years, he has yet to win a half marathon. 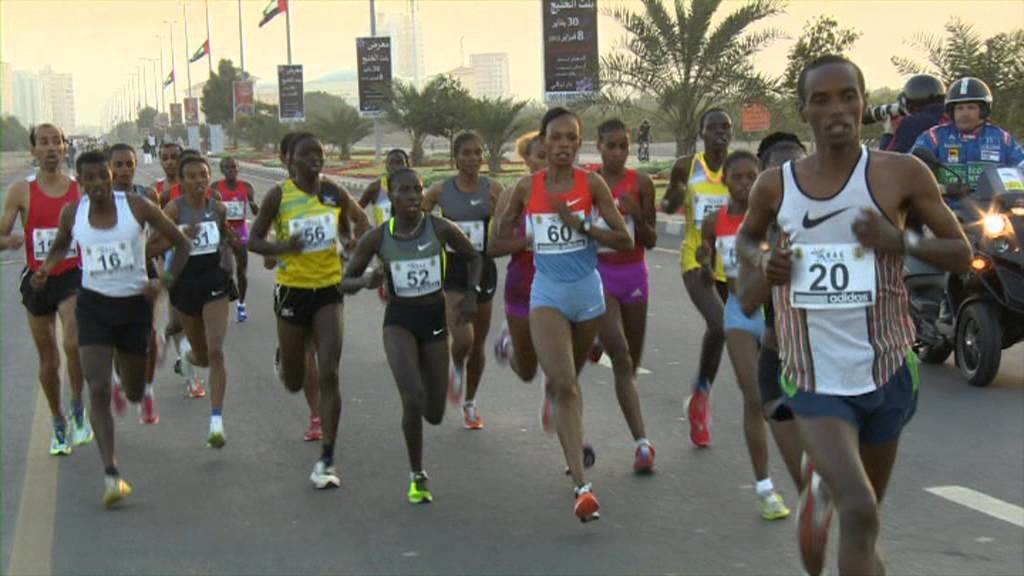 The experienced Alex Korio has been consistently under the magical 60-minute barrier in recent years, while fellow Kenyan Daniel Kipchumba, after winning his debut half in Italy last April, went on to win the Copenhagen Half last September in 59:06, and was again under the hour in New Delhi in October.

While not yet a sub-60 minute performer, much attention will be focused upon Switzerland’s latest road sensation Julien Wanders. Spending much of the year training in Kenya, the 22-year-old set a 27:25 European 10km record in Paris on 30 December, and with his 1:00:09 half marathon best last February, is perfectly poised to become just the fifth European ever to break the one hour mark.