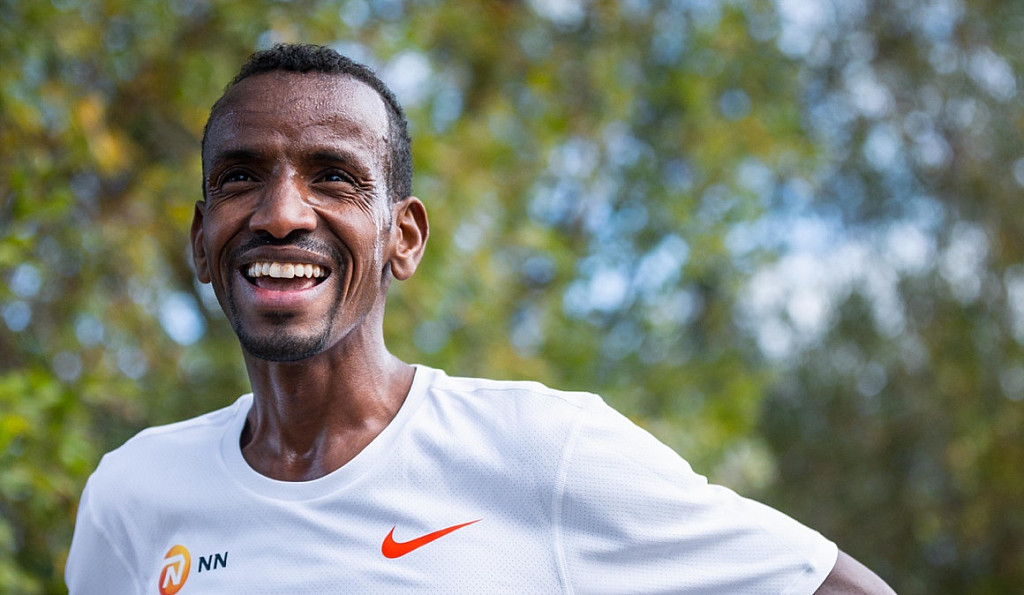 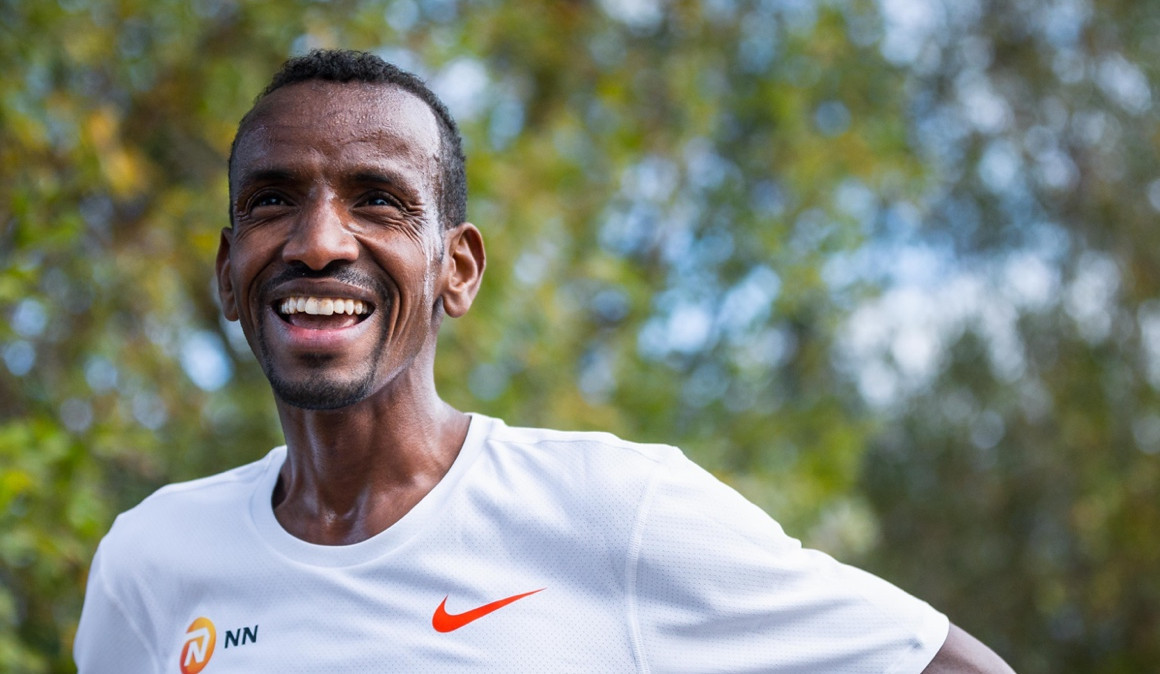 Bashir Abdi became only the second European athlete in history to break the 2:05-barrier for the marathon in the Tokyo Marathon on 1 March and he harbours aspirations of becoming the fastest.

The 31-year-old shattered his own national record with 2:04:49 to take the runner-up spot in the Japanese capital ahead of a prospective second successive Olympic appearance. And what is most remarkable about his ascent is he former amateur football player only started running at the age of 18.

Abdi was born in the Somalian capital of Mogadishu and arrived in Belgium in 2002 at the age of 13. Back then running made no sense as he was a football addict. “As a kid I could not even understand why people would run in circles. Chasing a football made sense but skinny people running in circles did not at all. That was until I started running at the age of 18 and I have never regretted that decision”. 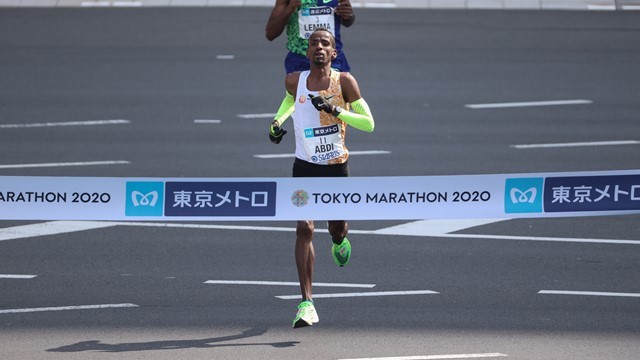 Now Abdi is second on the European all-time marathon list with  2:04:49, his third consecutive Belgian record in only his fourth marathon after previous record runs in London (2:07:03) and Chicago (2:06:14) last year. Abdi came second in Tokyo, only 34 seconds behind Ethiopia’s Birhanu Legese, in a race which was devoid of the mass participation element due to the coronavirus pandemic.

“I expected a finishing time around 2:05, because I have had the best preparation ever towards a marathon. My trainer Gary [Lough] made that very clear during the last weeks of altitude training in Sululta, Ethiopia. I was however surprised by the fact that I finished in second place in a World Marathon Major. To start with about 200 athletes in what normally is a race with 38,000 runners was a rather odd experience. It felt as if I was running a tiny street race in my hometown Ghent.”

Abdi made his marathon debut back in April 2018 in Rotterdam with a solid 2:10:46 clocking despite bloodying his knees in a collision at the start. Now he is a sub-2:05 marathoner who is considered to be one of the outsiders to win a medal at the Olympic marathon in Sapporo. 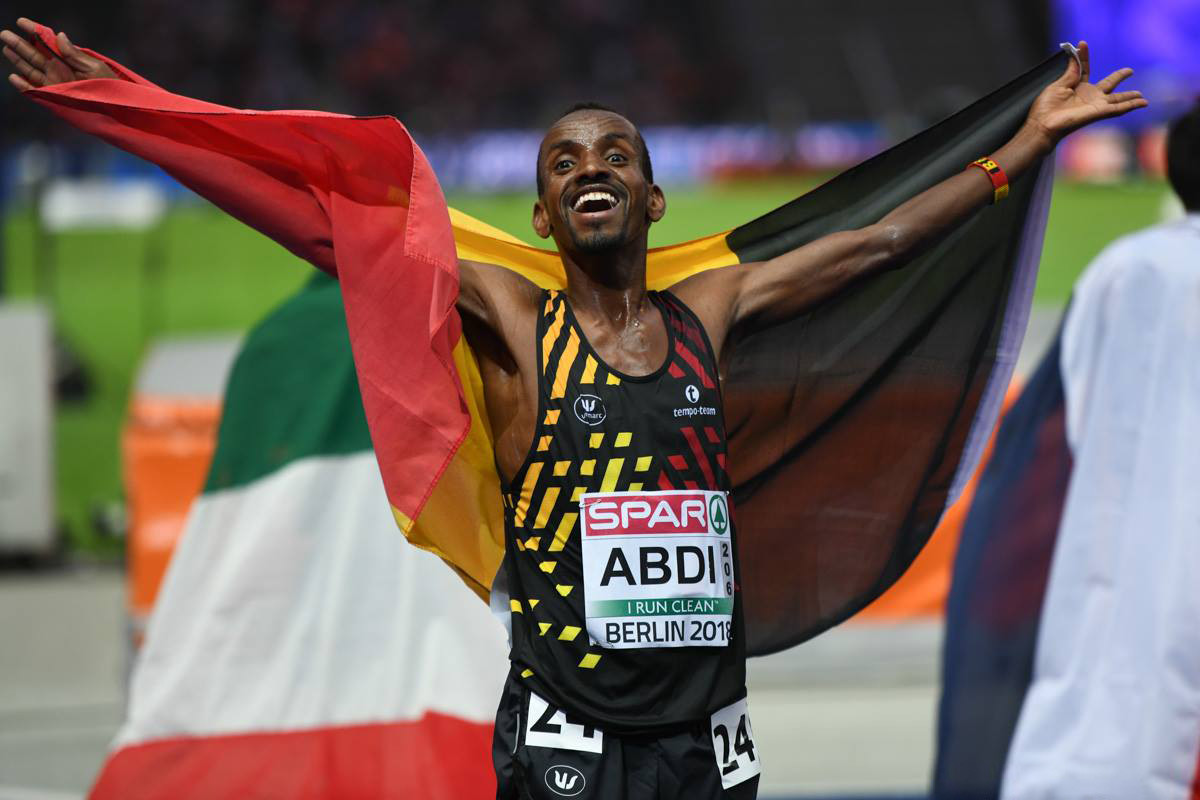 Abdi closed exceptionally quickly in the Chicago Marathon last October and he also ran faster than any other athlete in the Tokyo Marathon between the 35 kilometre checkpoint and the finish. His finish speed could be a great weapon at the Olympics.

“I received wonderful reactions on my Tokyo performance, but for me finishing in the top eight would be great already. To my account there are six or seven runners that top the bill such as Eliud Kipchoge, Kenenisa Bekele and Birhanu Legese. I also doubt that I will be able to use the same tactics towards Sapporo, as I am not as experienced in the marathon, because I have had the benefit of pacers in my past four races.

“The conditions will also be fairly different. Both Chicago and Tokyo were somehow similar to what I am used to in Belgium. Together with the Belgian Olympic Team we will prepare towards Sapporo as much as possible. Workouts in a heat chamber will be part of that preparation, combined with the usual altitude camp in Sululta”

Abdi also has something else to look forward to during his build-up to the Olympics. In June he will become a father for the second time. His daughter Kadra celebrated her first birthday back in October. There is only one race on his schedule before Sapporo so far.

“Becoming a father for the second time is something I am looking really forward to. I have a great wife who understands that sacrifices have to be made to perform at this level, especially in a year like this. Thanks to apps like Facetime and social media I am able to stay in touch with my family when I am on training camps. My baby daughter even recognises me thanks to social media, so it is somehow a blessing.