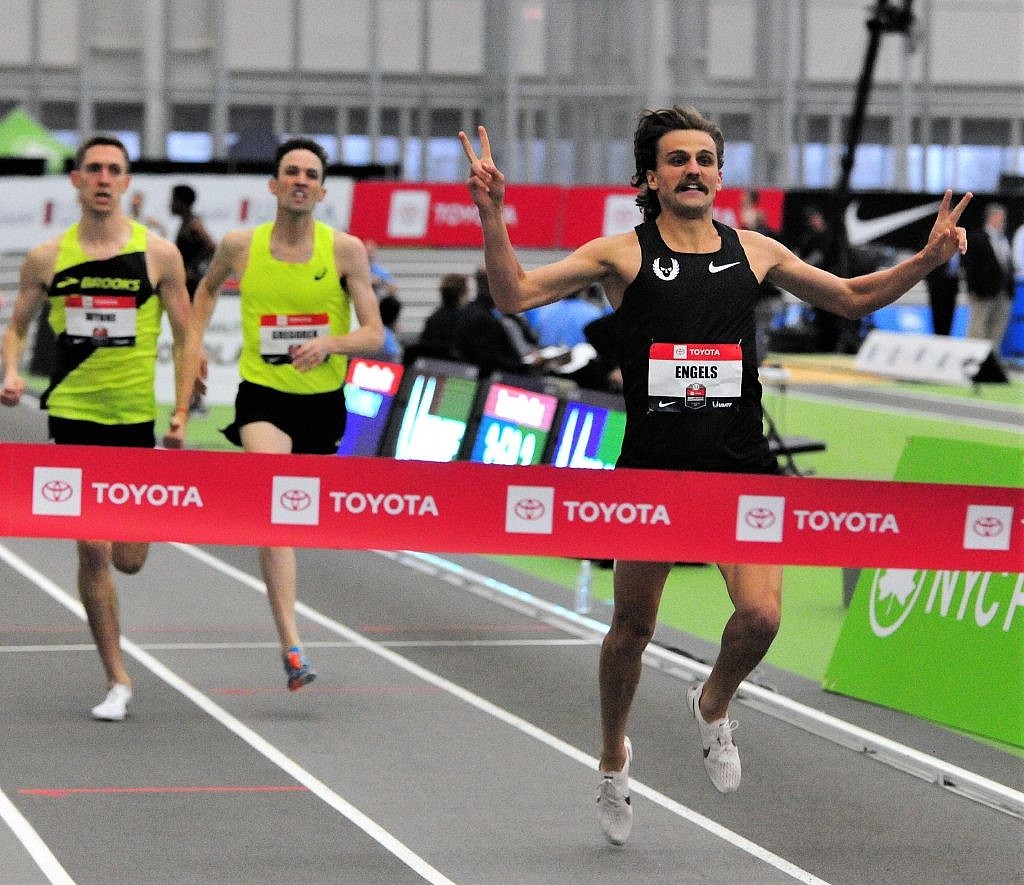 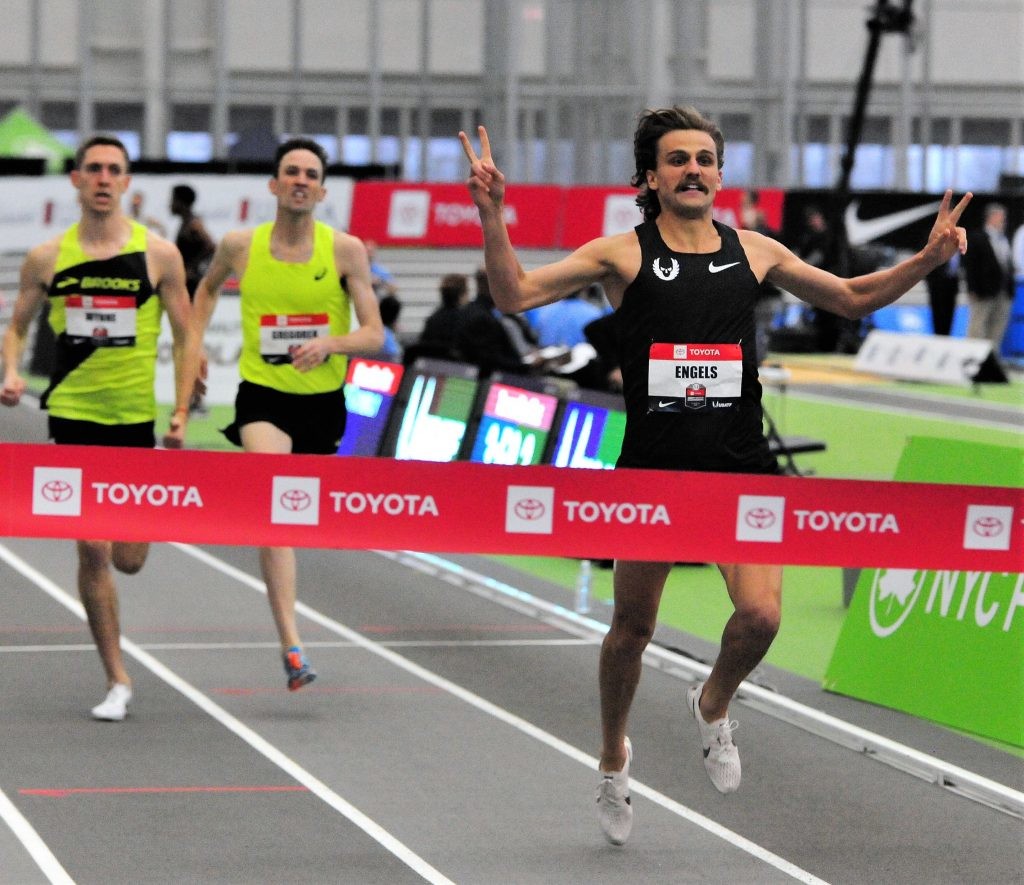 Engels, a six-time All-American and an NCAA Champion won the mile clocking 3:59.69, the only runner to break the four-minute barrier in the field.

Craig Engels took the lead with two laps to go and held on for the win, claiming the USA Indoor Championships title in the men’s mile on Sunday afternoon. 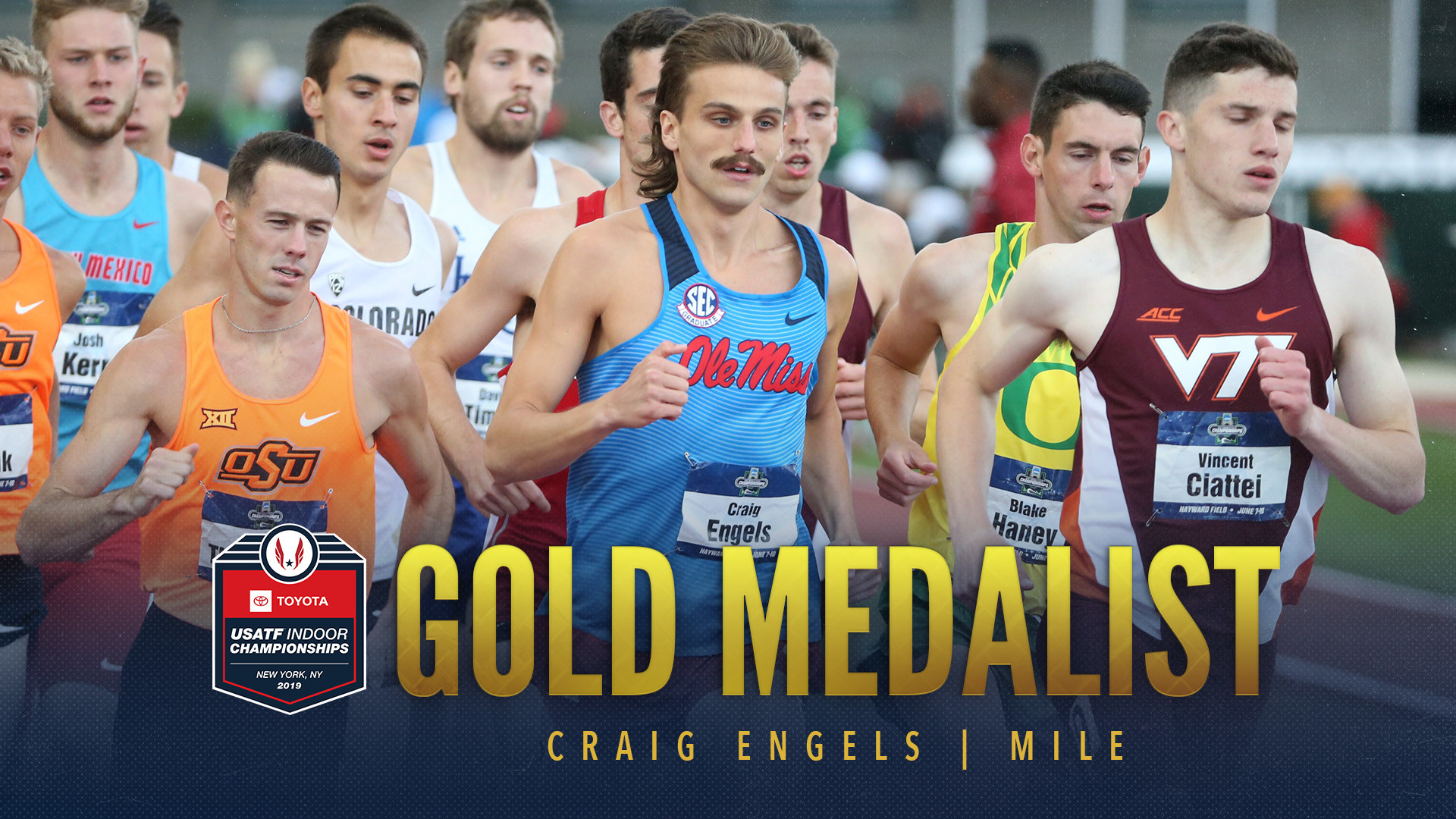 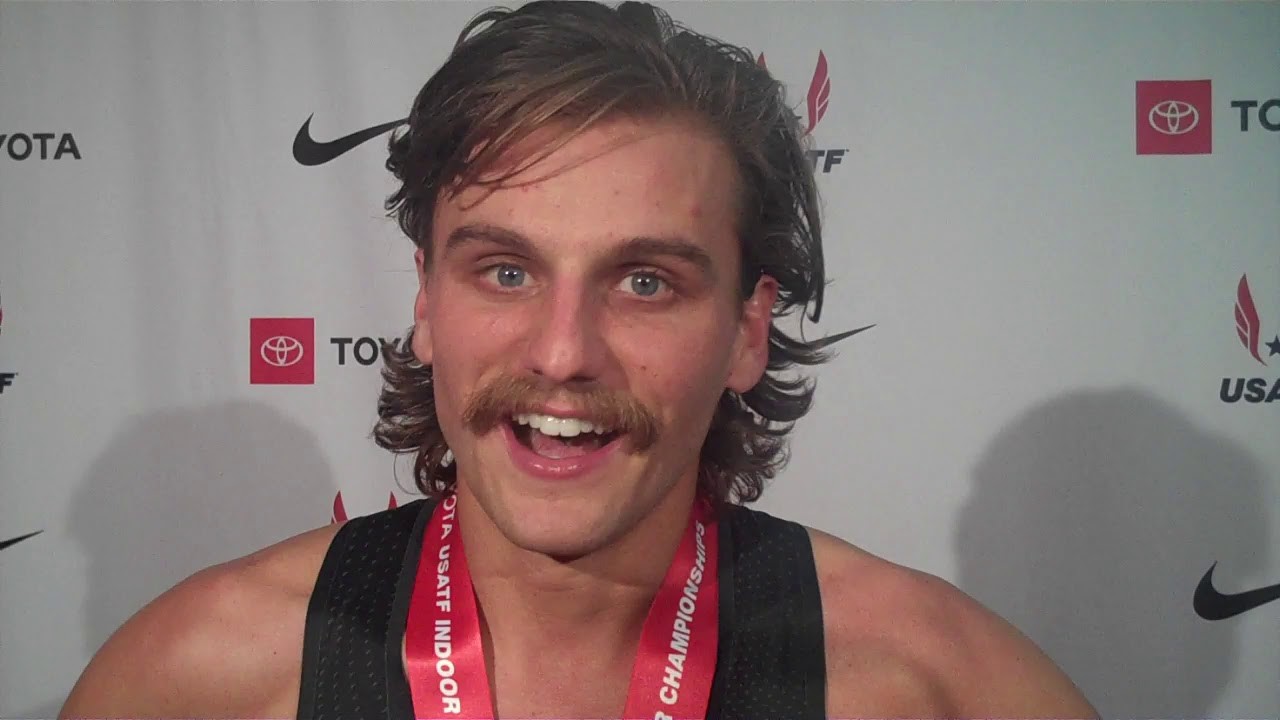 Last year at the indoor championships, Engels took third in the men’s 1500-meter, earning him a spot at the IAAF World Indoor Championships, in which he made the 1500 final and took seventh place.

Craig Engels was the only of the three NOP team members without a national title and he got his first in the mile. Then Brazier followed with the world best at 600 and Murphy finished things off with the win in the mile.

“It was kind of a lot of pressure on me being the last guy to go today. I didn’t want to slip up and be the one not guy who did not win,” Murphy said.

While there may be pressure to perform on the track it sure looks like off the track Murphy, Brazier and Engels get along very well and enjoying having a good time together.

Afterwards when asked who should buy dinner, Murphy and Brazier independently agreed, Engels, since he had never won USAs before.