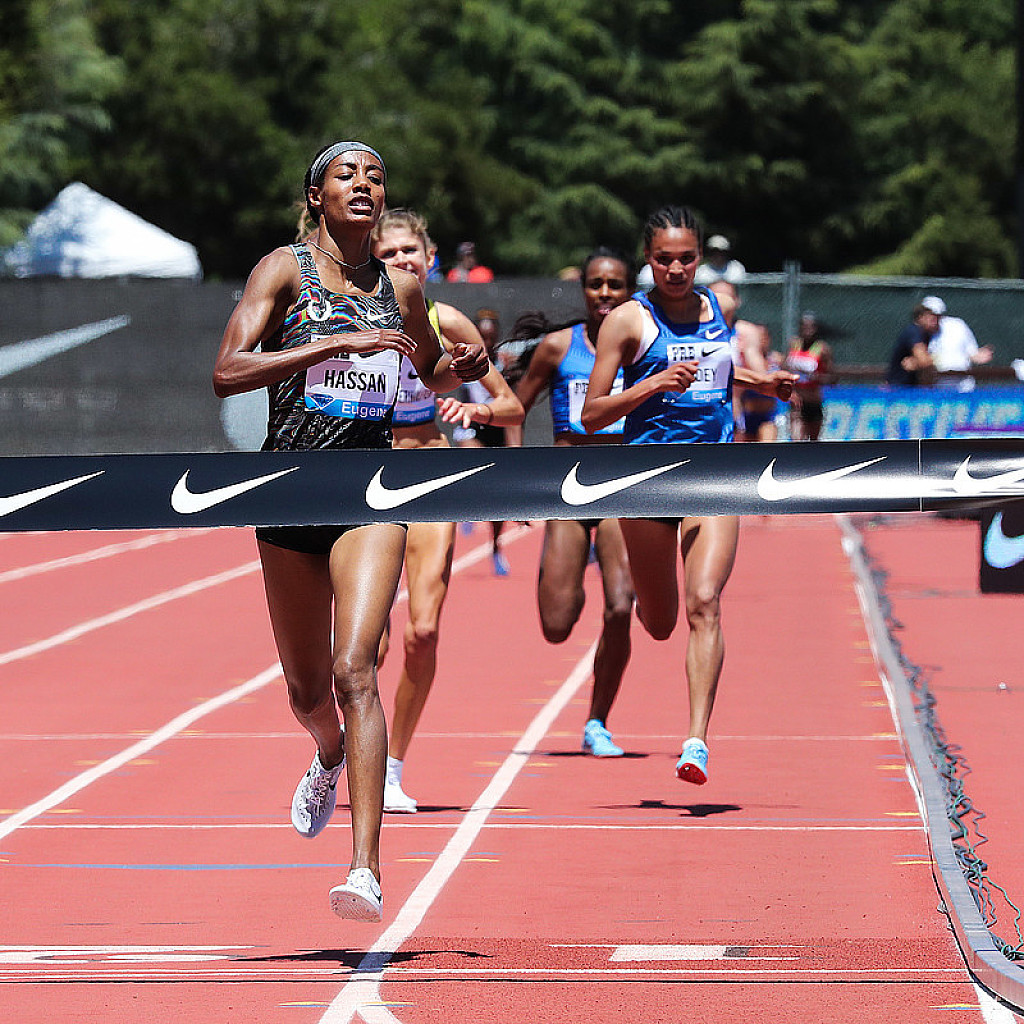 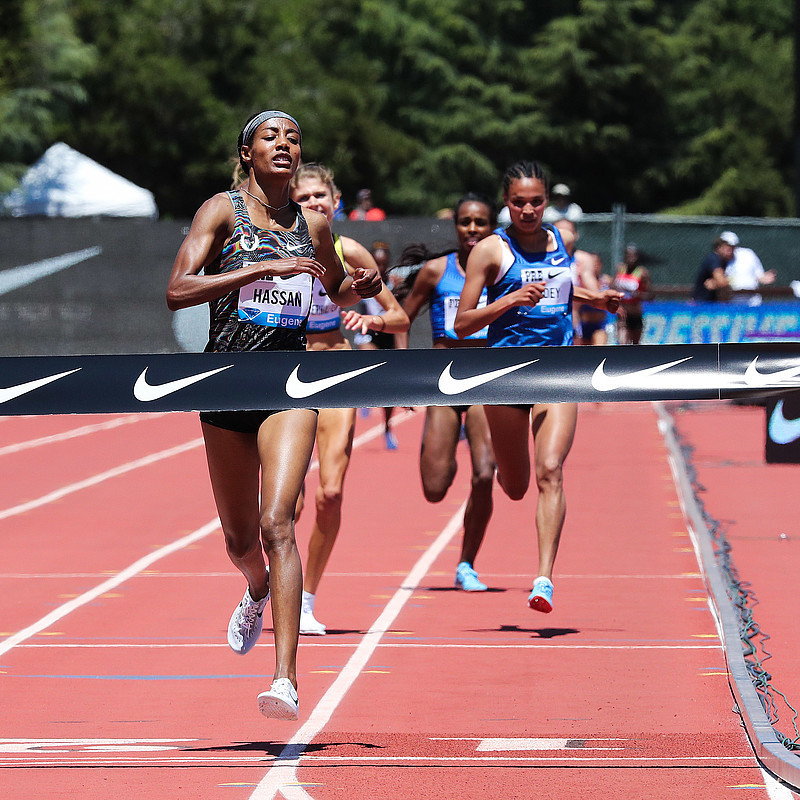 Fans at Stanford didn’t get to see the fastest women’s 3000m ever, but they may have seen the greatest clean women’s 3000m race ever as Sifan Hassan of Netherlands ran 8:18.49 for the win, Konstanze Klosterhalfen of Germany ran 8:20.07 for second, and Letesenbet Gidey of Ethiopia 8:20.27 for third, the three fastest non-Chinese outdoor times ever. 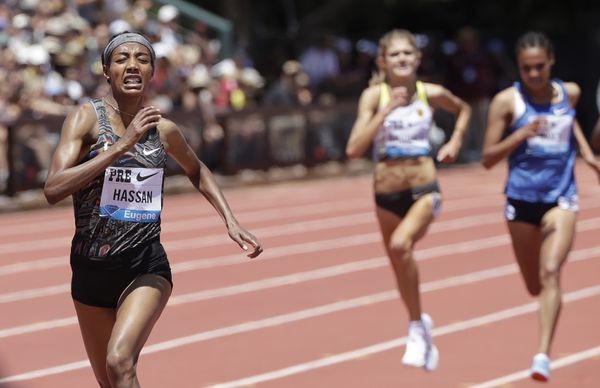 Gidey went from running 67- and 68-second laps to 65.03 with two laps to go as only Genzebe Dibaba was within a second of her. A 65.88 penultimate lap gave Gidey a 1.14-second lead at the bell over Hassan, who had passed Dibaba just before the bell as Dibaba was fading. 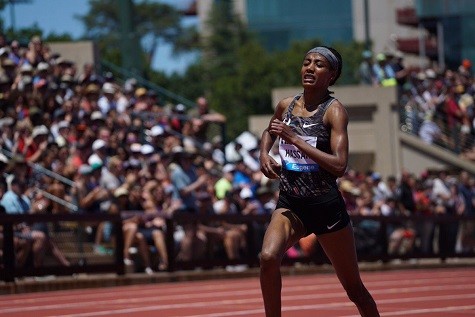 However, Gidey was slowing too. She stumbled around the first turn and took a step on the inside of the rail before regaining her balance.

Hassan would pass her on the backstretch and continue on to the dominant victory. Klosterhalfen would pass Dibaba on the final turn and Gidey right before the finish for 2nd as Klostehalfen’s last lap was 64.40 to 66.31 for Gidey.