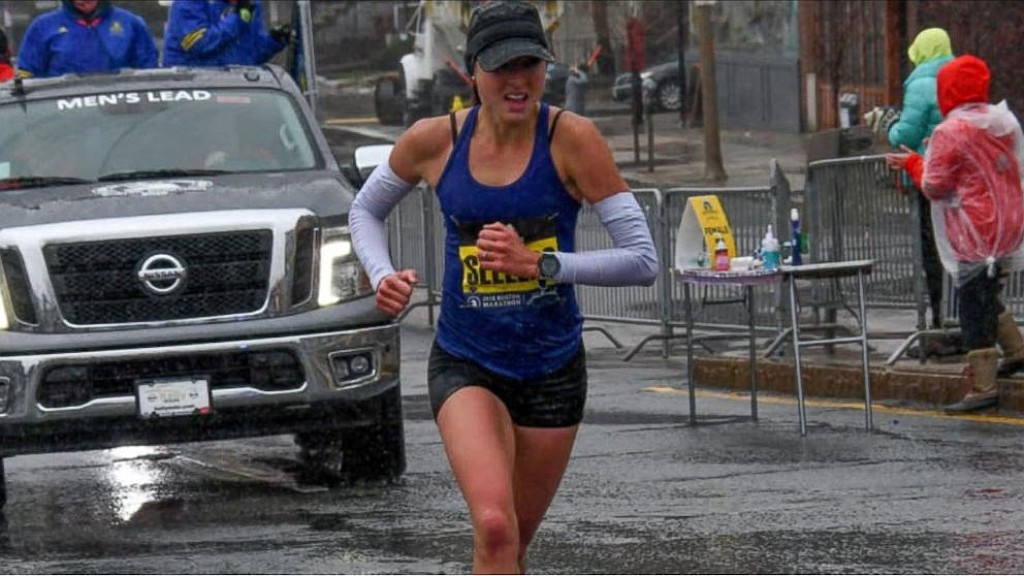 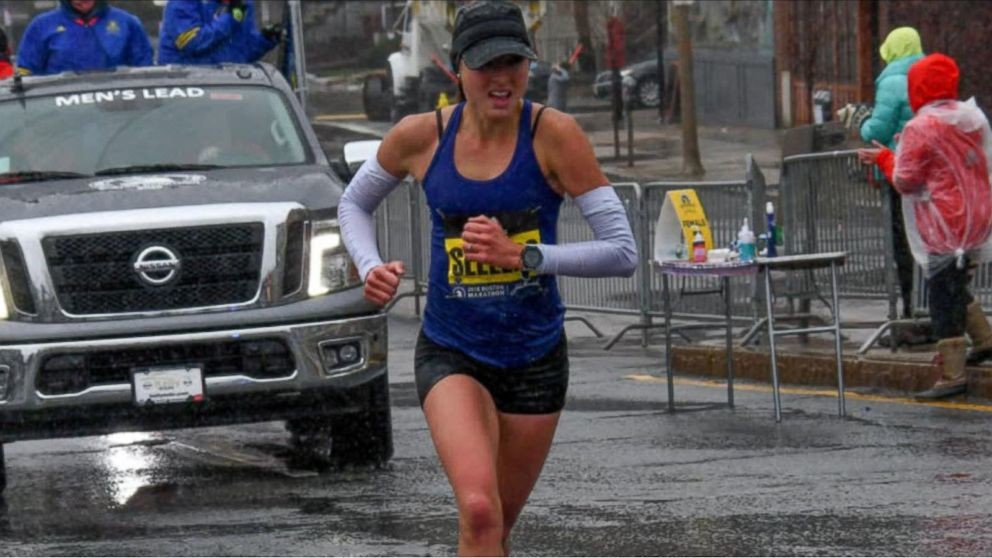 When Sarah Sellers rises at 4 a.m., it’s not to sip coffee slowly in the still of the morning or head off to an early shift at the Tucson hospital where she works as a nurse anesthetist. Instead, Sellers hits the blaring alarm and gets out her shoes to tackle another early morning run.

Sellers is preparing for her second appearance in the Boston Marathon after a long love affair with running. The 27-year-old started in middle school with her parents on the trails behind their house in Ogden, Utah, and went on to run in college for Weber State from 2009–13.

For someone who has spent most of her life running, qualifying for the Boston Marathon came easy. But competing among the elites was another task all together. In 2018, Sellers arrived on the starting line in Hopkinton as a relatively unknown runner and had only competed in one marathon, in Huntsville, Utah, in Sept. 2017. She won her debut in 2:44:27—nearly 15 minutes ahead of the next woman.

“In some ways last year it was really nice to be totally naïve and do my own thing and not have anyone besides a few family members and my coach interested in how I did,” Sellers says. 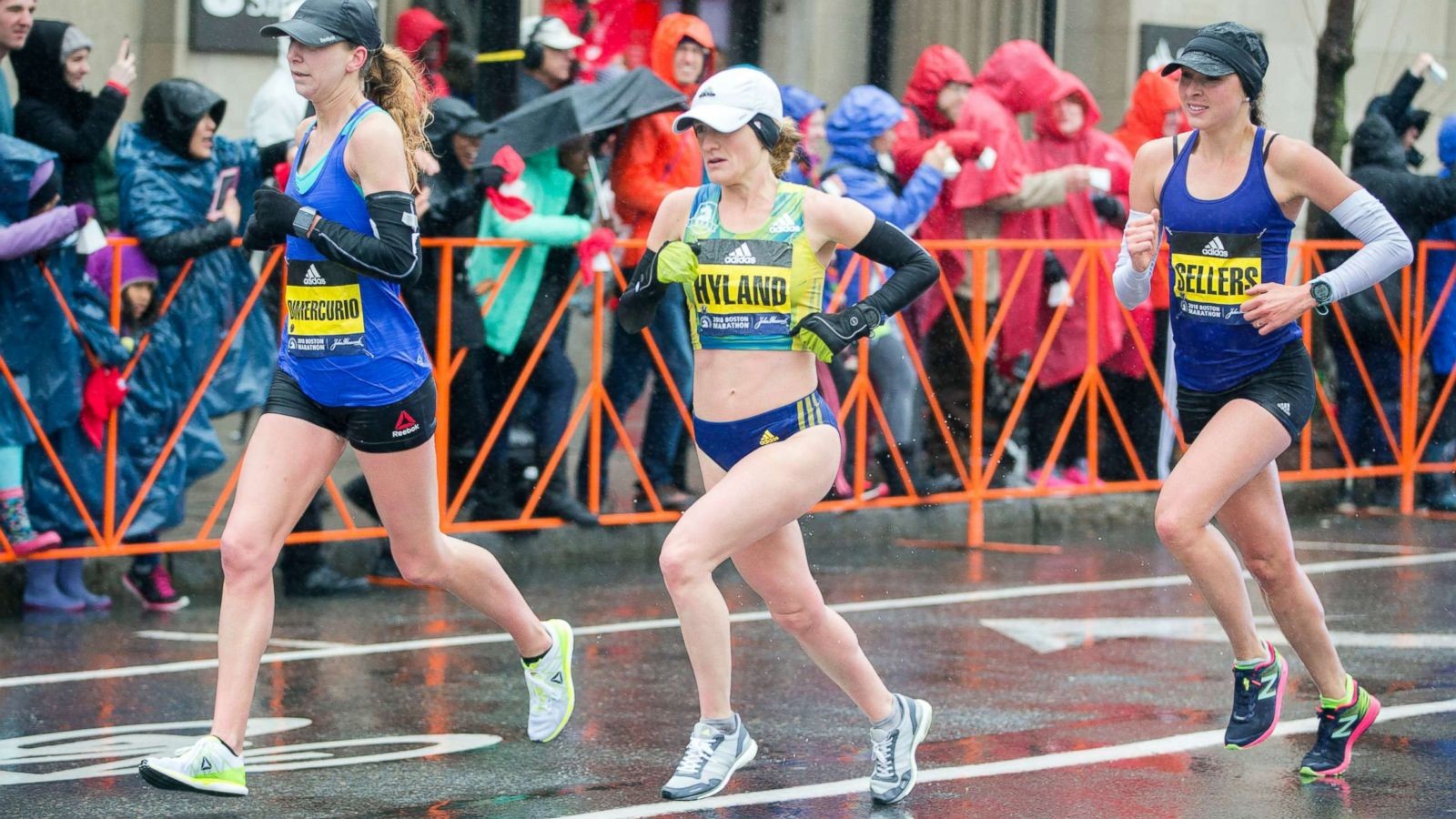 The conditions at the 2018 Boston Marathon were anything but ideal. At the start of the race temperatures hovered around 37 degrees. A torrential downpour, which amounted to over a half inch of rain, soaked runners for the entirety of the race. The worst part, according to Sellers, who compared running in the heavy rains to being in a car wash, was the strong headwinds that reached up to 35 miles per hour. More than 2,500 runners visited medical tents during the race and 1,123 participants did not finish.

When Sellers crossed the finish line in 2:44:04 as the second runner in the women’s division behind two-time Olympian Desiree Linden, who became the first American woman to win the race in 33 years, her anonymity to the general public quickly vanished. Suddenly, the media was clamoring to talk to Sellers, who was in a state of disbelief over her second-place finish. “Who is Sarah Sellers?” started popping on search engines, running message boards and social media. The reality sank in after she found her husband, Blake, and he confirmed that the result was no fluke.

“It was the mixture of excitement and almost this daunting feeling,” Seller says. “It was a little bit scary because I knew it was going to be a big deal but I also asked myself ‘What did I just do?’” 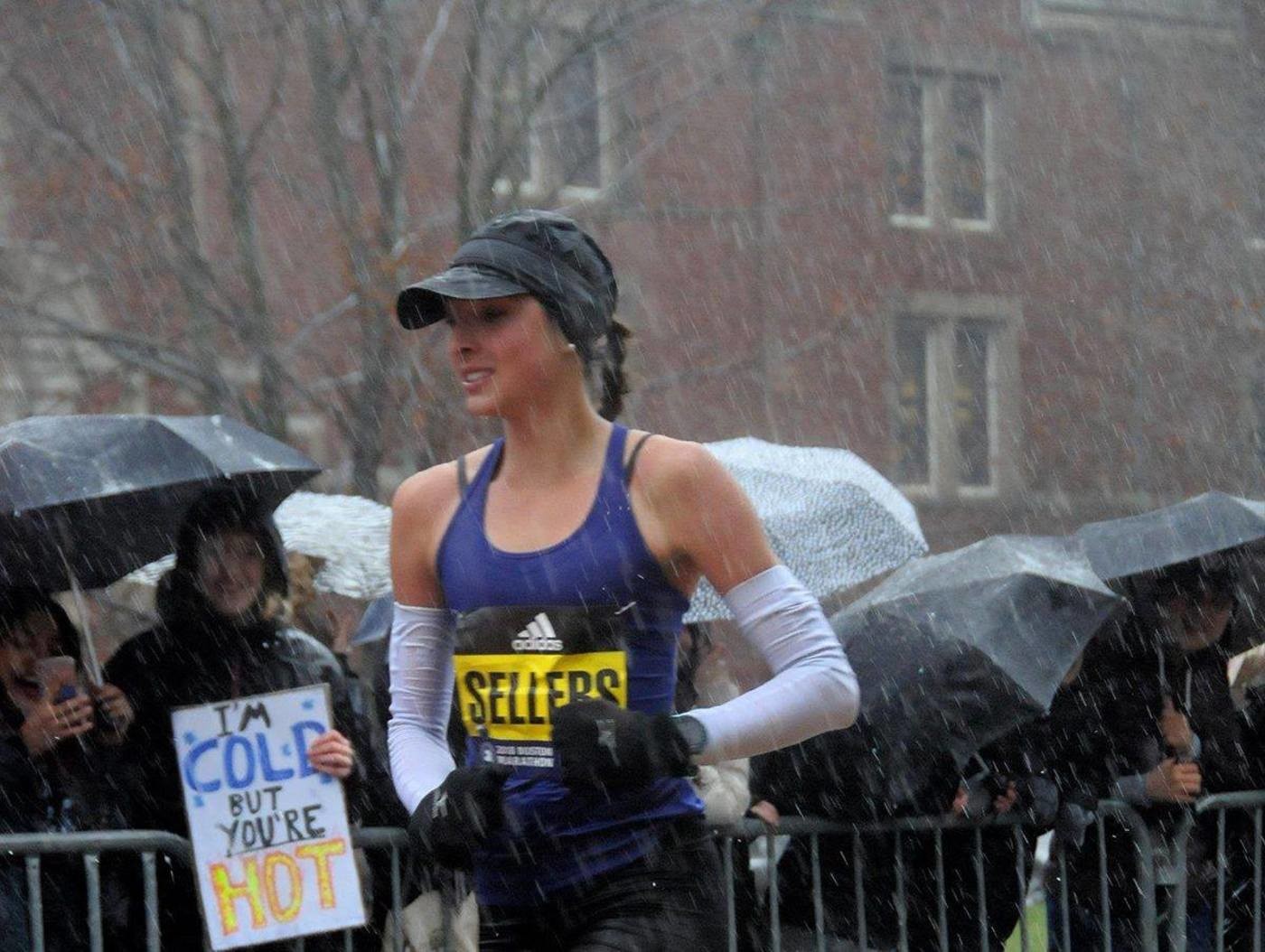 Before April 16, 2018, not many people would’ve cared that Sellers ran track and cross country in middle school and high school before joining the teams at Weber State in her hometown. She was a nine-time Big Sky conference champion during her college career and was voted the university’s 2012 Female Athlete of the Year. After she was diagnosed with a stress fracture in the navicular bone in her foot during her senior year, Sellers didn’t know if she would be able to run again, because that specific bone doesn’t get much blood supply, which makes it hard to heal. She never finished her final year of NCAA eligibility at Weber State.

She went a couple of years without being able to run or could run very little,” says Paul Pilkington, Sellers’s coach at Weber State. “She wasn’t training a lot when in grad school but I think that helped her get healthy again. It’s the whole thing of ‘Hey I may never be able to run again’ that makes her appreciate it a lot.”

Sellers eventually did start running again as a graduate student at Barry University in Florida. She decided to target the 2018 Boston Marathon after her brother, Ryan, signed up. She earned her Boston qualifier in Huntsville and then reached out to Pilkington and asked him to help her train for the marathon.