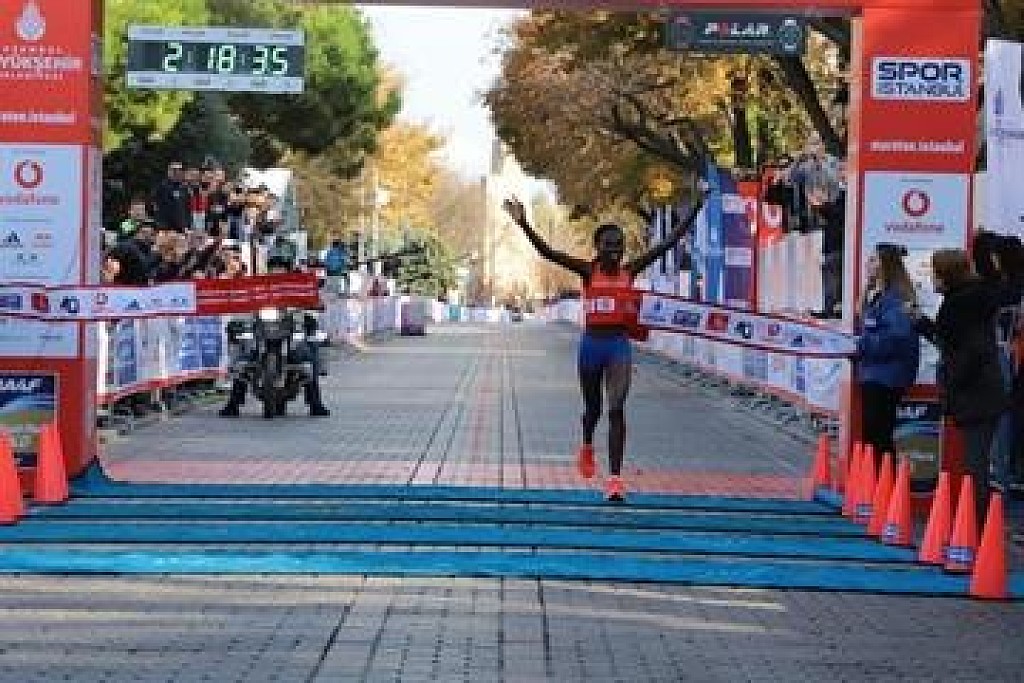 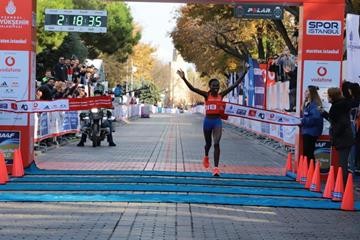 Kenya’s Ruth Chepngetich stormed to a Turkish all-comers record at the 40th Vodafone Istanbul Marathon on Sunday November 11, clocking 2:18:35 at this IAAF Gold Label Road Race.  With a 2:22 pace initially in mind to try breaking the 2:22:36 race record she set in her debut last year, Chepngetich surprised at Saturday’s technical meeting when the defending champion asked that intermediate times be calculated for a sub-2:19 run. Having noted those, the 24-year-old went in pursuit of exactly what she targeted. Leading from the gun, Chepngetich opened her bid with a 16:13 opening five kilometers, already four seconds ahead of her compatriot Margaret Agai, with Fatuma Sado of Ethiopia following behind closely. While Agai and Sado did not attempt to maintain the pace, Chepngetjch reached the 10K mark in 31:59. Agai was 30 seconds behind at that point, with Sado another 27 seconds adrift with Ethiopian Zerfie Limeneh on her shoulder. Chepngetich confidently passed the 15-kilometres marker in 48:15 before reaching the halfway in 1:08:22, ahead of world record pace. She increased the gap to nearly three minutes at 30K where she passed at 1:37:42, and cruised onwards to her 2:18:35 performance to end the day in a tie as the seventh fastest women’s marathoner of all-time. Agai was a distant second in 2:25:04 with Sado third in 2:31:05. (11/11/2018) ⚡AMP