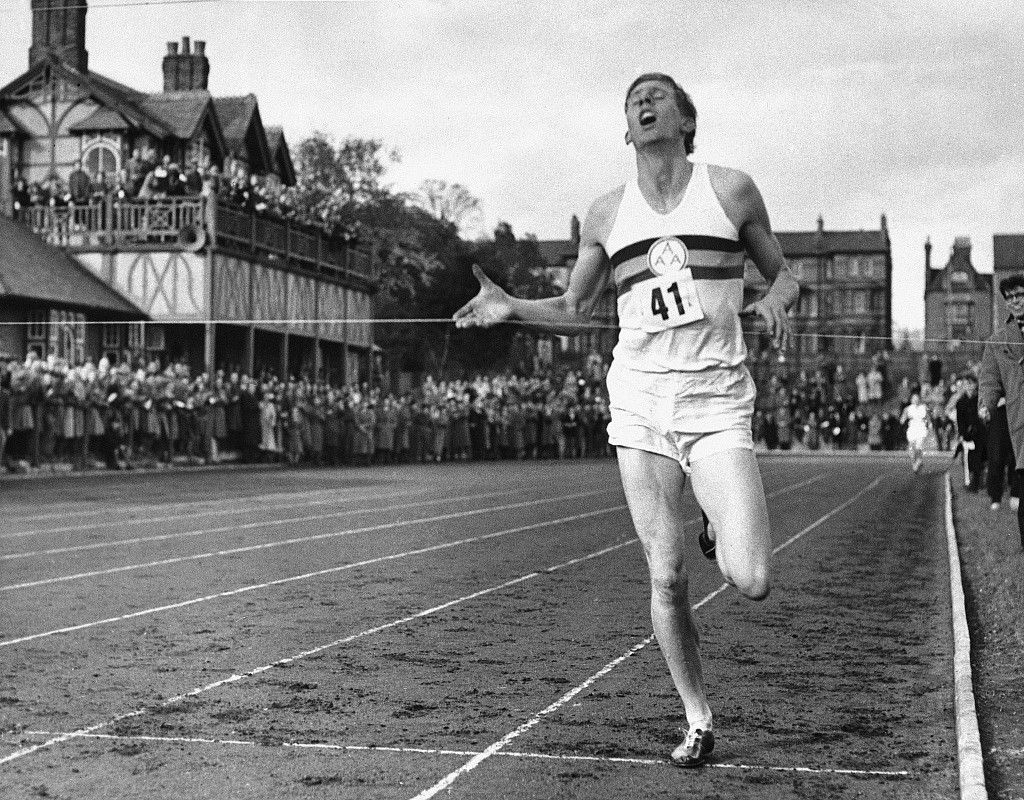 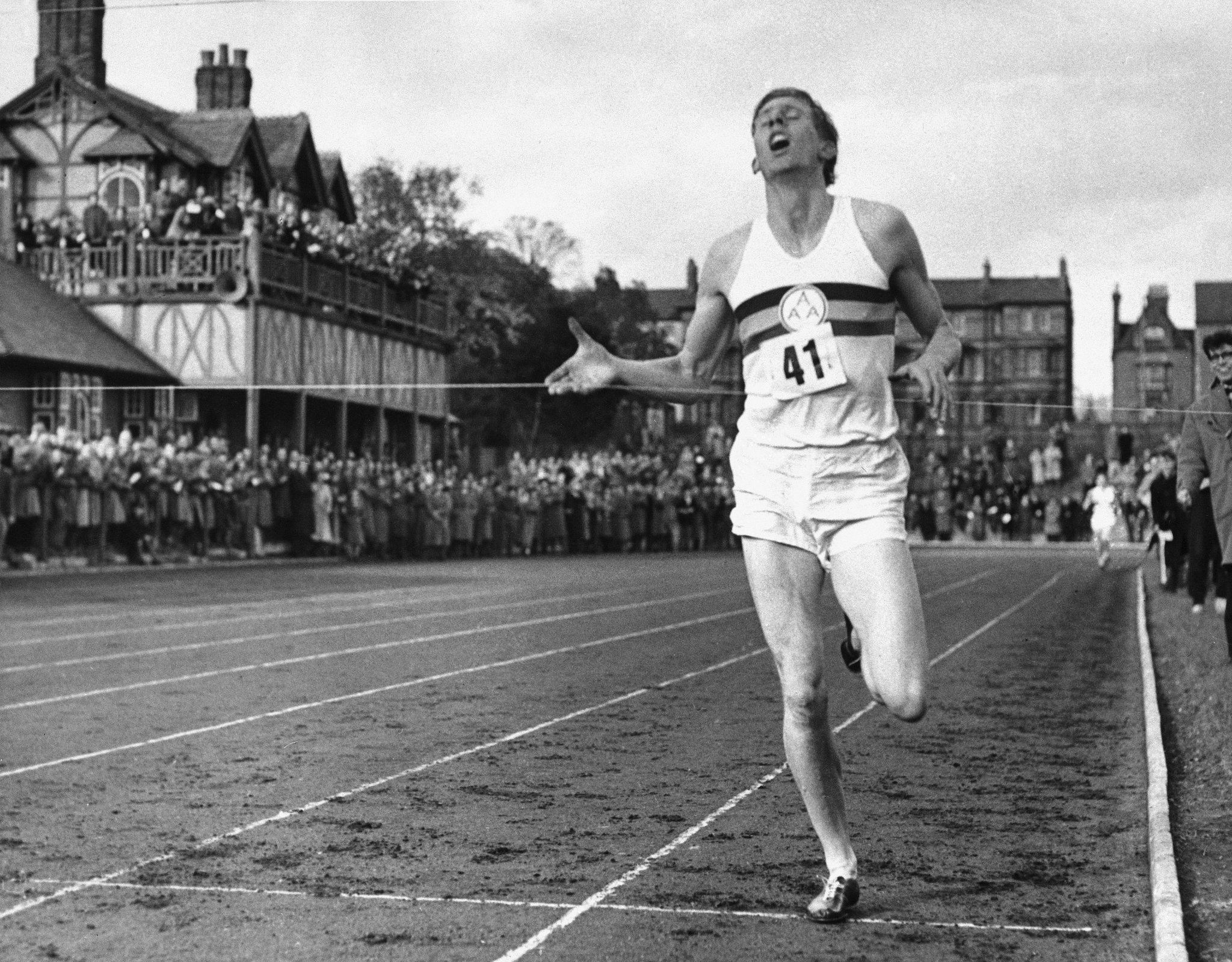 (Keith Burge on Twitter)...On the 6th of May 1954 Sir Roger Bannister did a shift at St Mary's Hospital in London, then sharpened his running spikes in the hospital lab, took the train to Oxford, grabbed some lunch, walked to the track and then ran a mile in under 4 minutes...(from NY Times) Paced by Chataway and Brasher and powered by an explosive kick, his signature, Bannister ran a mile in under four minutes — 3:59.4, to be exact — becoming the first man ever to do so, breaking through a mystical barrier and creating a seminal moment in sports history. (BBC Sports) IAAF president, Seb Coe, two-time Olympic 1500m gold medallist for Great Britain and three-time mile world record holder says, "His achievement transcended sport, let alone athletics. It was a moment in history that lifted the heart of a nation and boosted morale in a world that was still at a low ebb after the war. We have all lost a giant and, for many of us, a deep and close friendship.” Sir Roger Bannister passed away March 3, 2018 in Oxford, England. R.I.P. (03/04/2018) ⚡AMP