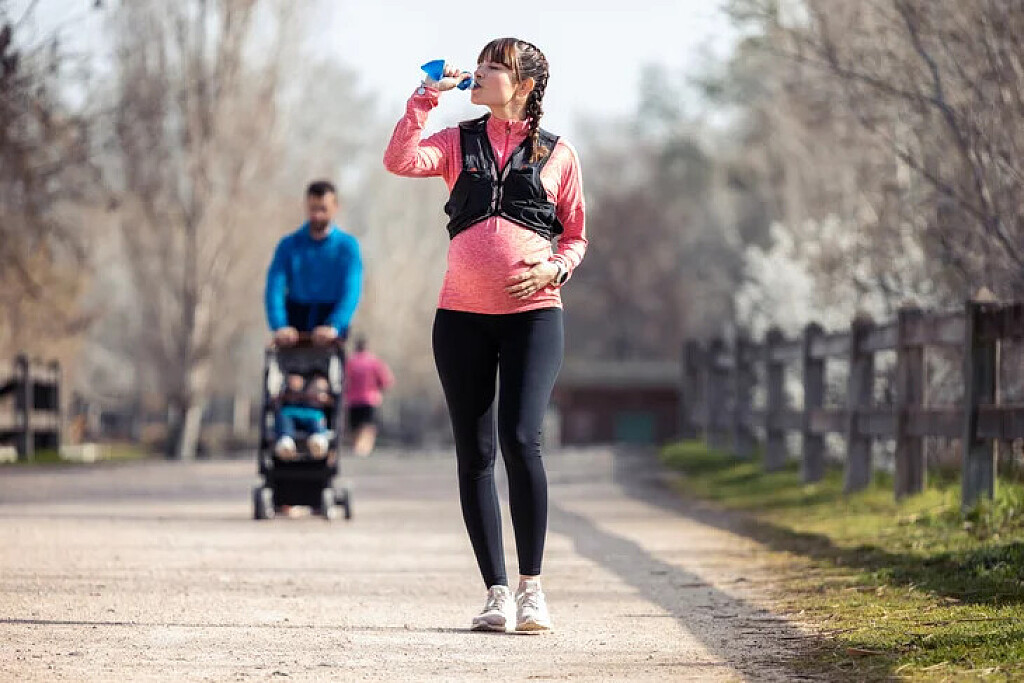 Sims has also written extensively on the topic on her blog, and cites multiple recent studies, sharing that not only is it safe for runners or those who already have an exercise routine to continue throughout pregnancy, but that women can safely introduce activity into their lives after finding out they are pregnant. 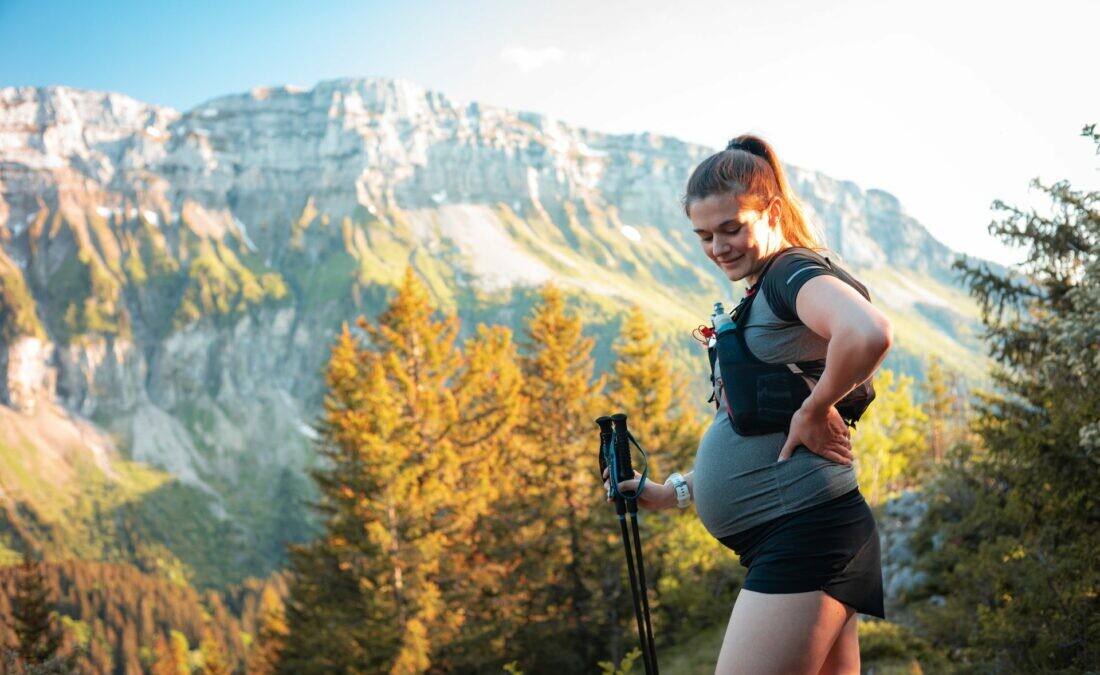 Research has shown that gradually adding exercise to their daily lives can benefit the health of both pregnant people and their babies–Sims suggests walking if you weren’t exercising before pregnancy. 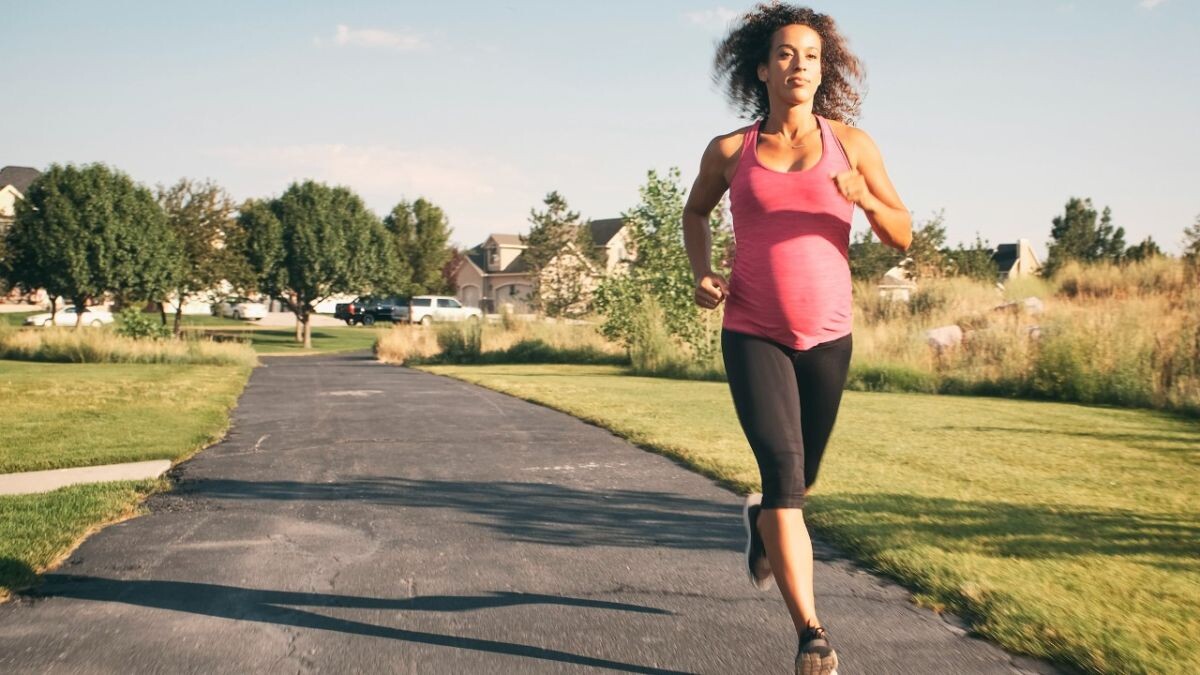 Exercise also appears to be good for growing baby’s lungs, according to a recent study demonstrating that a pregnant person’s physical activity is linked to the lung function in their offspring after birth. Researchers found that babies born to inactive mothers were more likely to be in the group with the lowest lung function, compared to babies born to active mothers.

Sims, who even did a low-intensity cycling workout the day before she gave birth, offers suggestions for pregnant mothers who want to exercise, noting that “the body is inherently smart.” She advises listening to your body and adjusting workouts according to how you feel and how your body changes.

The American College of Obstetricians and Gynecologists (ACOG)  also recommends that people with uncomplicated pregnancies are encouraged to engage in aerobic and strength-conditioning exercises before, during, and after pregnancy.