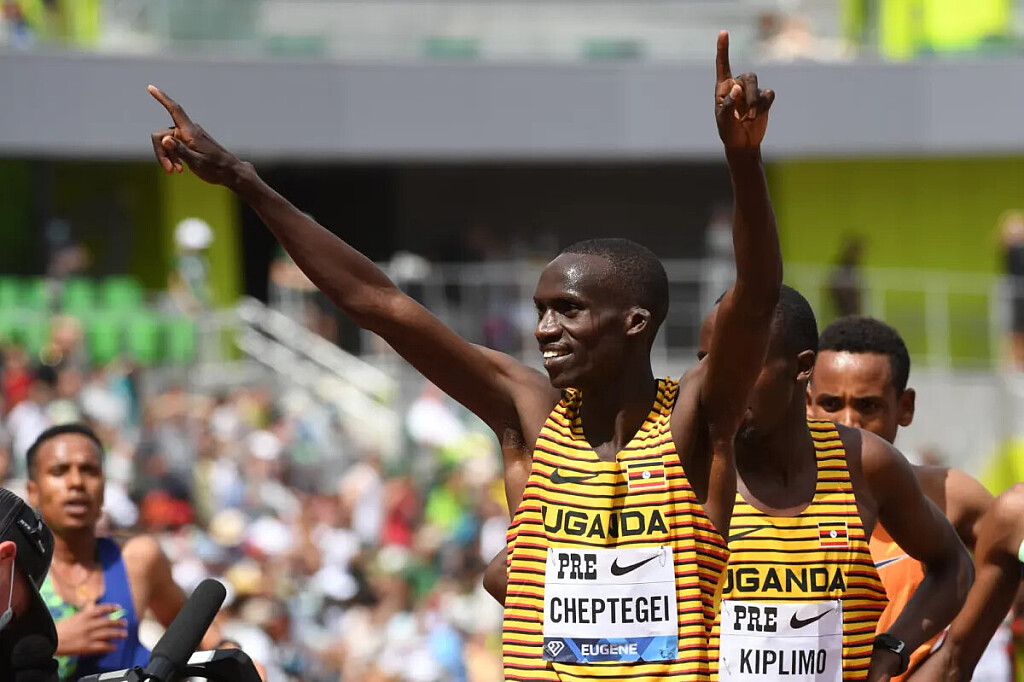 It is a measure of Eugene’s Prefontaine Classic meeting - which tomorrow forms the third stop on the Wanda Diamond League tour - that it can lose four Olympic gold medalists at late notice and still remain packed with compelling competition and world record attempts.

The arrangement of all that athletics action was altered today following forecasts of rain and high winds - likely to be blowing into the faces of the sprinters - on Saturday.

Accordingly the men's pole vault, featuring Olympic gold and silver medalists Mondo Duplantis of Sweden and Chris Nilsen of the United States, the women's discus, featuring the US Olympic champion Valarie Allman, and the women's high jump, involving Ukraine's world indoor champion Yaroslava Mahuchikh, have been moved to Friday night's programme, where world record attempts are being made over two miles and 5,000 meters. 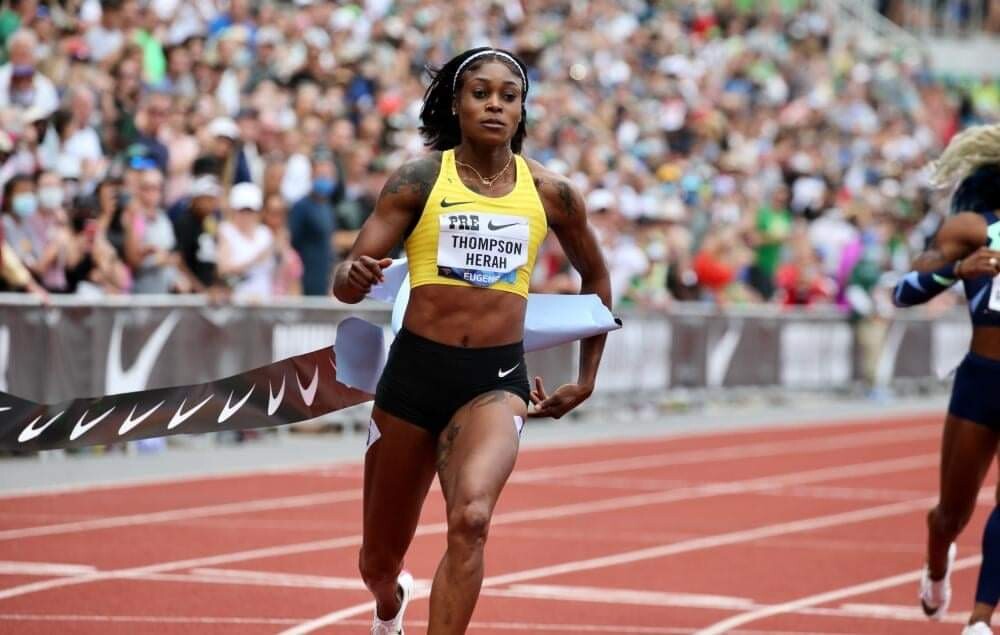 The news that the United States' Olympic women’s 800 meters champion Athing Mu will not now race against Britain’s Tokyo 2020 silver medalist Keely Hodgkinson, and that Italy’s men’s 100m champion Marcell Jacobs will not be in a field including the man he beat to gold in Japan, home sprinter Fred Kerley, was disappointing. 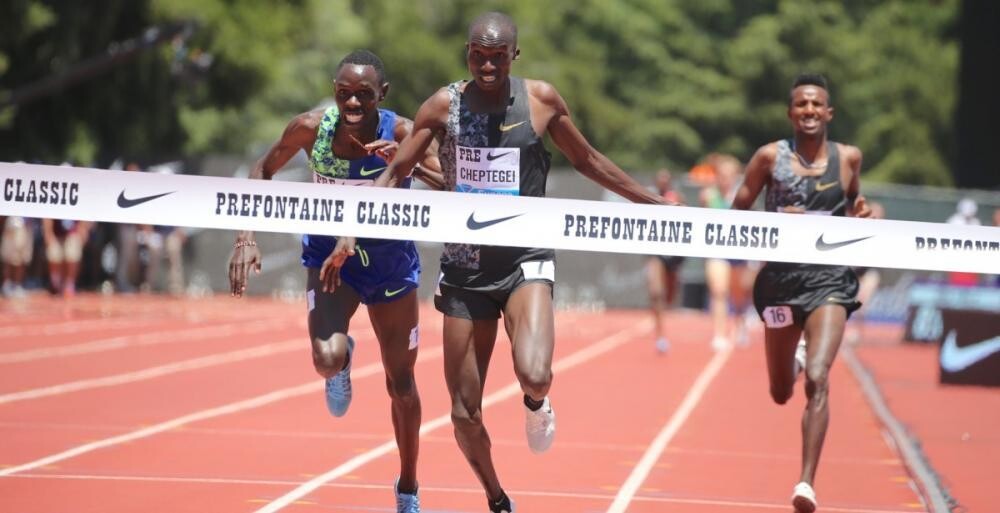 And South Africa’s double Olympic 800m champion Caster Semenya, who had planned a first top-level race since 2019, has also withdrawn.

All this means the limelight will shine all the more intensely on stellar performers such as Jamaica’s double Olympic women’s 100 and 200m champion Elaine Thompson-Herah, who runs over the shorter sprint against a field including the American who missed last year’s Olympics because of a three-month suspension after testing positive for cannabis, Sha’Carri Richardson.

Thompson-Herah chose to make a low-key start to her outdoor season, choosing to compete in Kingston, where she clocked 10.94sec despite a strong headwind of -1.8 meters per second.

It was on this track last year that she ran 10.54, putting her second on the all-time list.

The men’s 100m is also loaded given the presence of Kerley and his fellow Americans Trayvon Bromell, who will be keen to restore normal working after his early exit in Birmingham because of a false start, world champion Christian Coleman, world 200m champion Noah Lyles and Canada’s Olympic 200m champion Andre De Grasse.

And 18-year-old Erriyon Knighton, who last year became the youngest male athlete to represent the United States since middle distance runner Jim Ryun in 1964 and missed a 200m medal by one place, will seek to break 10sec for the first time.

Knighton already tops this year’s 200m world list with his startling 19.49sec in Baton Rouge last month, which put him fourth on the all-time list.

The men’s 400m will see Kirani James of Grenada, the London 2012 champion and Tokyo 2020 bronze medalist, take on home athletes including Michael Cherry, Michael Norman – a major talent currently seeking a performance to do himself justice - Vernon Norwood and Kahmari Montgomery.

The absence of Benjamin from the 400m hurdles will offer Brazil’s Tokyo 2020 bronze medalist Alison Dos Santos - who beat Benjamin in the opening Diamond League meeting of the season in Doha – a perfect chance to shine,

In the women’s 100m hurdles, Puerto Rico’s Olympic champion takes on the American who took silver behind her in Tokyo, world record holder Kendra Harrison.

The traditional Friday evening distance racing in Eugene will include a women’s two miles and a women’s and men’s 5000m race.

At the latter, which will be followed by an official Diamond League 5,000m on Saturday, Uganda’s Joshua Cheptegei is billed to make an attempt at breaking his own world record of 12min 35.36sec, which he ran in Monaco in August 2020.

Friday night will also see Ethiopia’s 24-year-old Letesenbet Gidey aiming to lower the women’s 5000m world record of 14:06.62 that she set in Valencia in October 2020.

The latter, who was disqualified at the Tokyo 2020 Games, beat Kenya’s double Olympic 1500m champion Faith Kipyegon over 3,000m in Doha earlier this month.

Saturday’s middle-distance action will be highlighted by the clash of Olympic 1500m champion Jakob Ingebrigtsen and world champion Timothy Cheruiyot, who renew their rivalry in the Bowerman Mile.

Ingebrigtsen beat Cheruiyot for the first time in the Olympic final in Tokyo last year but the Kenyan beat his Norwegian rival a few weeks later to win over 1500m at the Diamond League final in Zurich.

Both men will need to be primed, however, to beat Kenya’s Abel Kipsang, who out-kicked Cheruiyot to win in Doha recently and who backed it up with 1500m victory in Birmingham last Sunday.

Kipyegon meanwhile will take on Britain’s Tokyo 2020 silver medalist Laura Muir and Gudaf Tsegay of Ethiopia in the women’s 1500m.

The Pre Classic, part of the Diamond League series of international meets featuring Olympic-level athletes, is scheduled to be held at the new Hayward Field in Eugene. The Prefontaine Classicis the longest-running outdoor invitational track & field meet in America and is part of the elite Wanda Diamond League of meets held worldwide annually. The Pre Classic’s results score has...