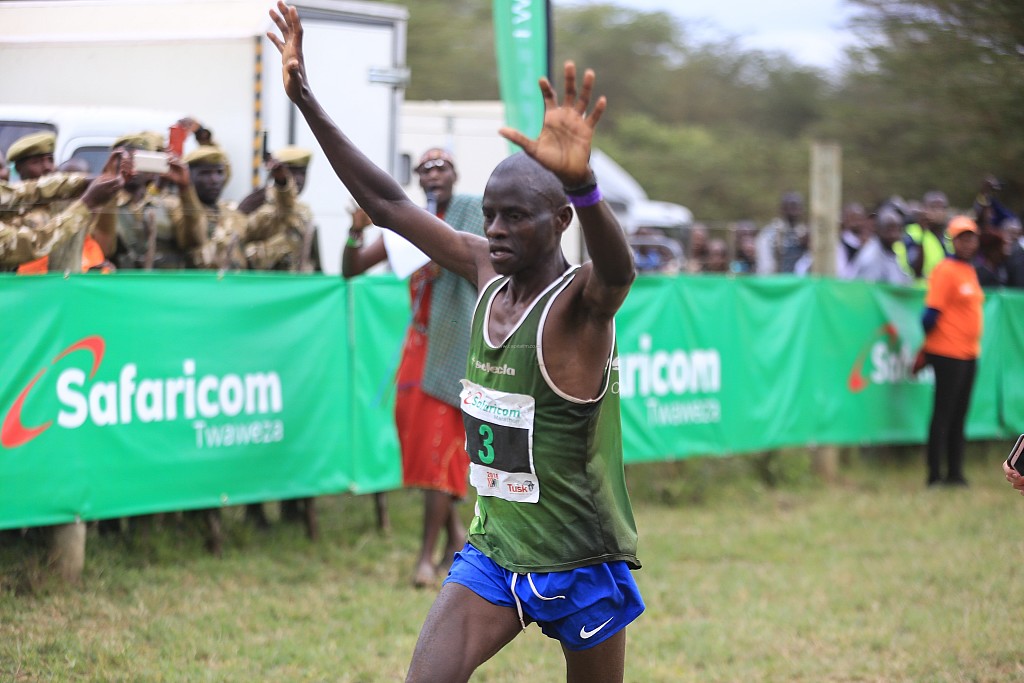 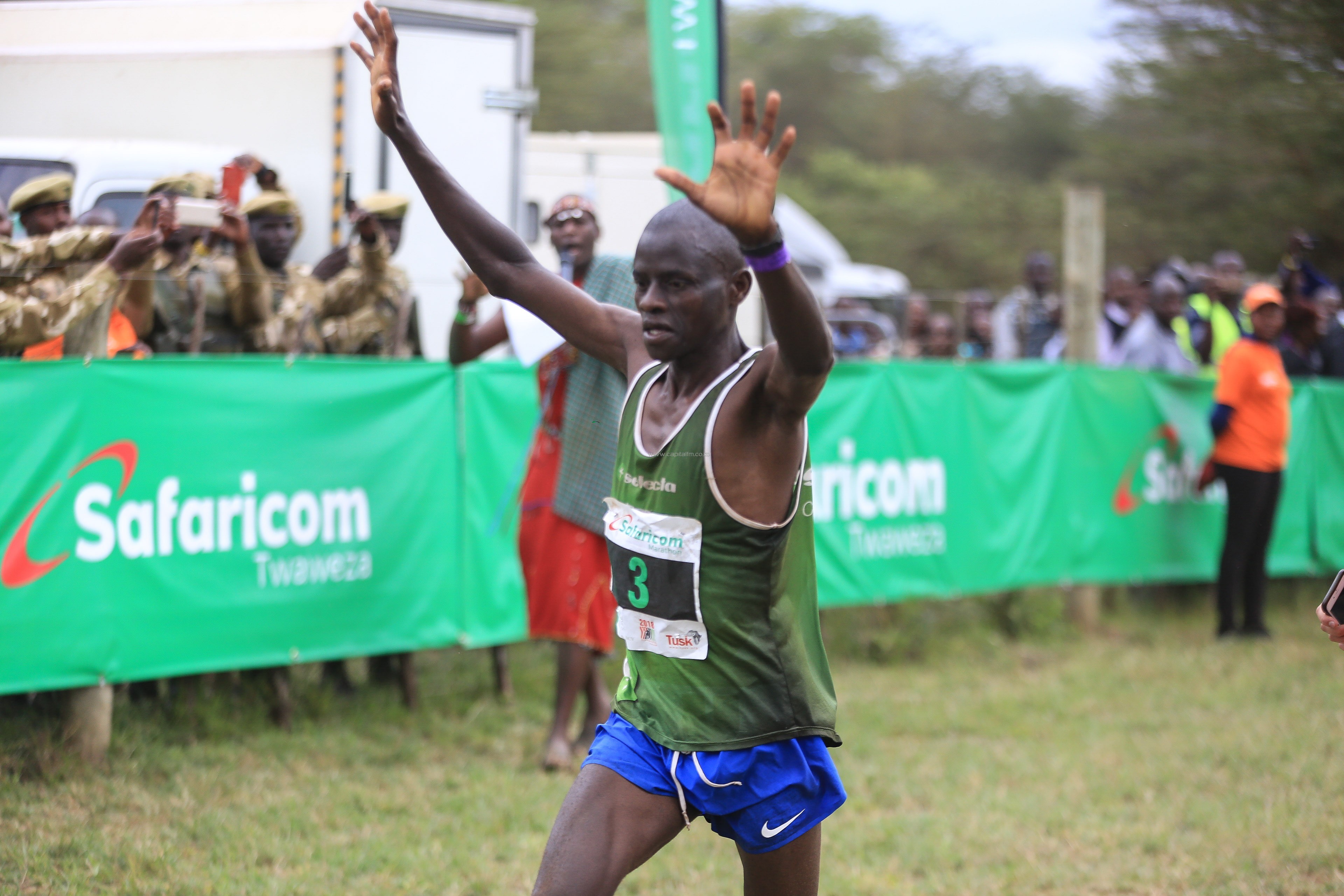 Lewa master Mbaaru does it again! Winning sixth Safaricom marathon, Pre-race favorite Philemon Mbaaru lived up to his expectations as he battled tough conditions to clinch the title at the Safaricom Marathon as the 19th edition graced by the First Lady Margaret Kenyatta went down at the Lewa Wildlife Conservancy on Saturday. The women’s category saw Jane Ngima take the title in 2:51:36 after flooring Esther Macharia who clocked second in a time of 2:53:41.  Being one of the toughest marathons in the world since its being run in the wilderness, the race delayed for almost five minutes to allow the organisers to clear the Rhinos and elephants on the course. However, that did not affect experienced Mbaaru who cruised to his sixth Safaricom Lewa Marathon men’s title, recording 2:22:21, dropping three seconds from the time he won with last year. The 36-year old beat his close contender Peter Wahome who was second in 2:22:33 while Silas Gichovi settled for third in 2:23:23. Running under scorching sun in the event where wild animals are privileged to be among the spectators, Mbaaru had dismissed claims that he won the race because he clearly knows the course well but attributed stiff competition imposed by Wahome. “The competition was very tough because you never know what to expect from every athlete. The first loop was not bad because I was leading with a big gap but in the second loop the second placed kept me in check, running behind my shoulder but I put more effort to beat him,” Mbaaru, who trains in Nyeri, Nanyuki Highway said. (06/30/2018) ⚡AMP