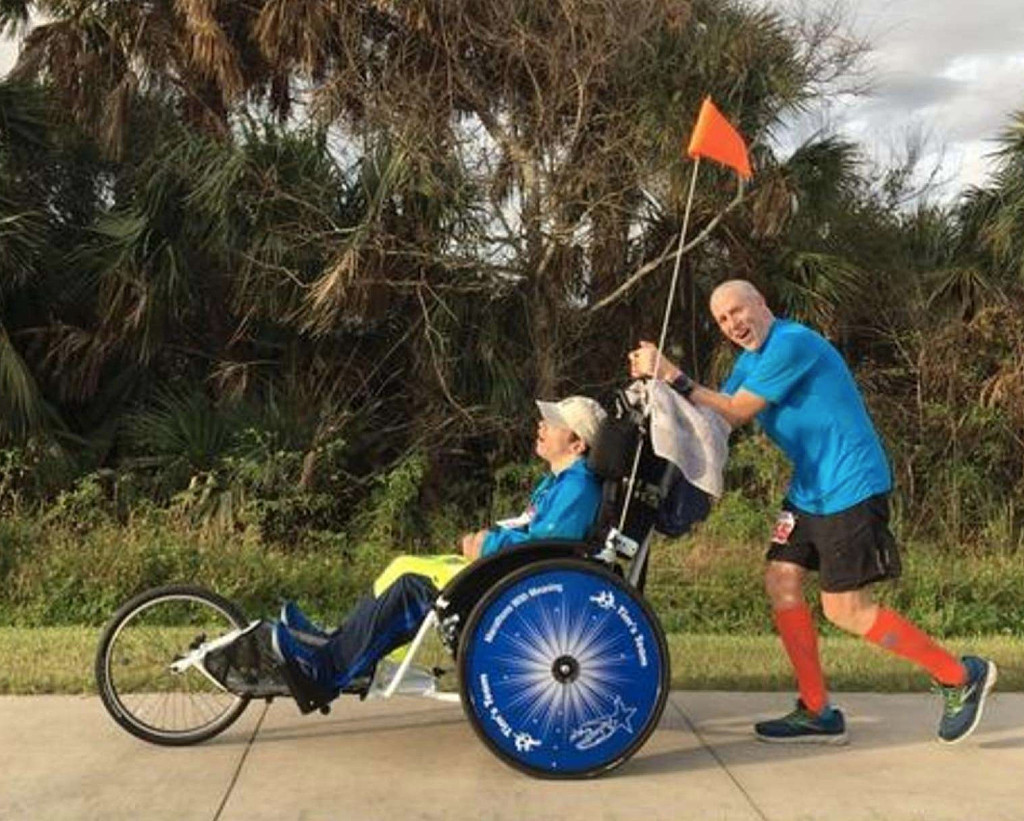 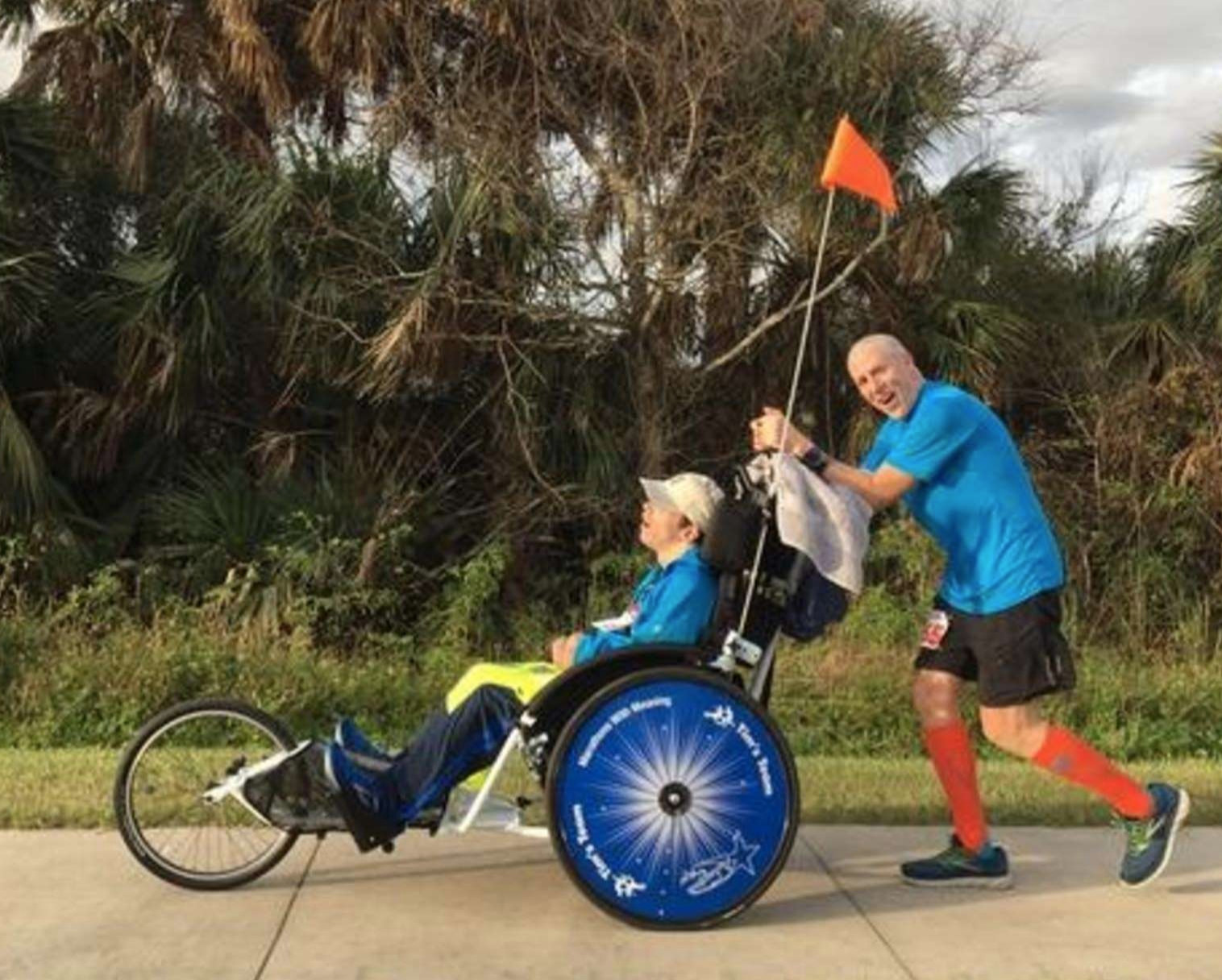 Peter Kline has run over 100 marathons — an impressive feat in itself. But what makes him so remarkable is that he has finished 45 of those marathons while pushing young people with disabilities in front of him. Kline wants them to know the joy of running too.

Kline started hitting the pavement when he was in his early fifties after running a 10k with his nephew. Eventually, he began running marathons — with the goal of qualifying for Boston's famous race. And, years later, he did. But, the Boston Marathon turned out to be special for many reasons.

His friend Scott Patrick was diagnosed with glioblastoma, a deadly brain cancer, and asked Kline to run the race to raise money for cancer research. Kline helped Patrick and other volunteers raise about $60,000. Patrick passed away the same year, but not before Kline gifted him the finisher's medal.

Being able to help others through his beloved sport made an impression. Kline, now 66, told CBS News he knew of a father-son duo who would run races together — the father pushing his son with disabilities as he completed the course. But, he wondered, "What about kids who don't have a dad to do that?" 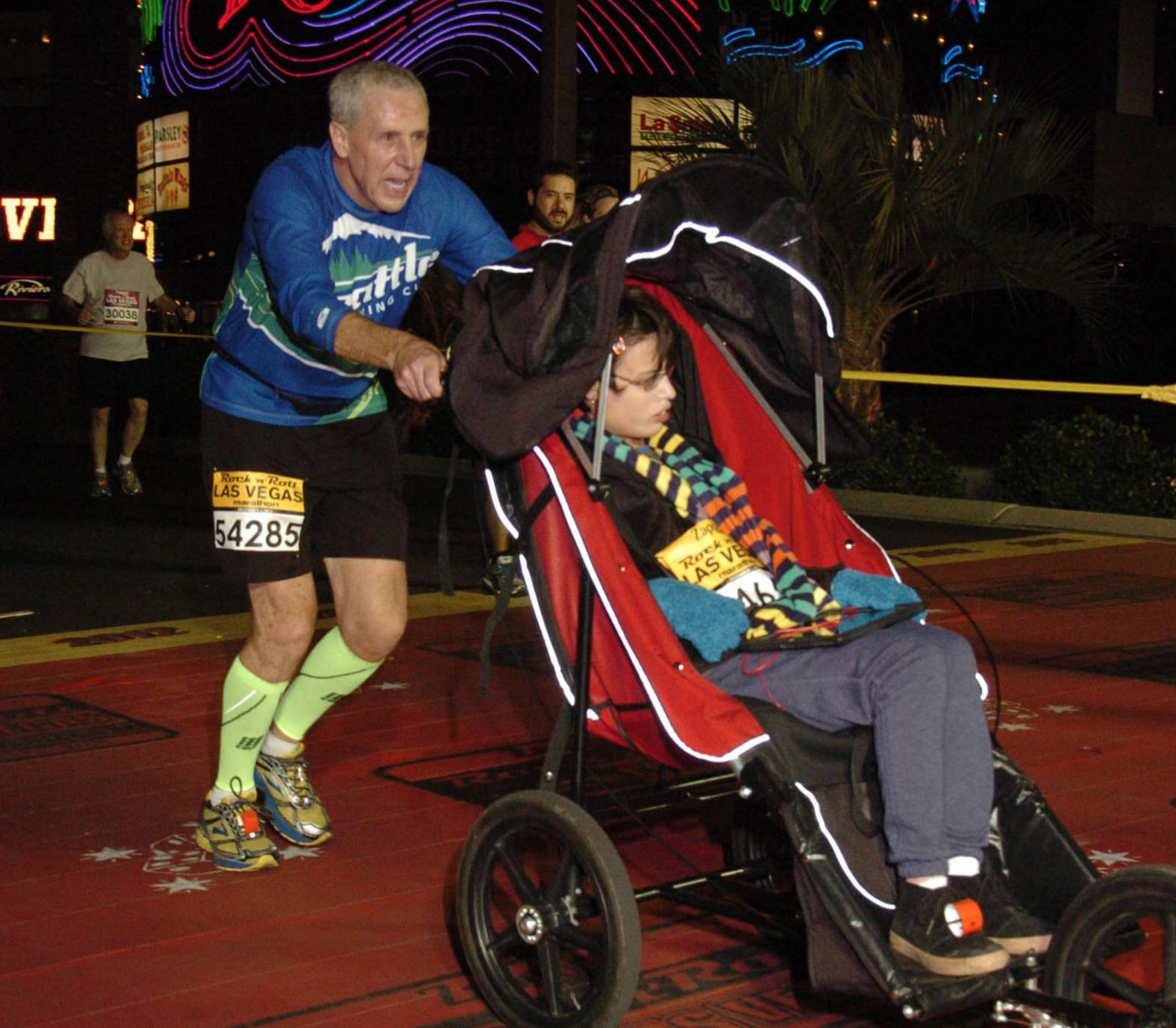 After being connected to a woman with two daughters who have cerebral palsy, he decided up to run the Rock 'n' Roll Las Vegas Marathon in 2012 with one of the girls. The little girl loved it, and Kline said his mission to share his love of the sport "just started rolling."

He has dubbed the mission, "Marathons with Meaning." 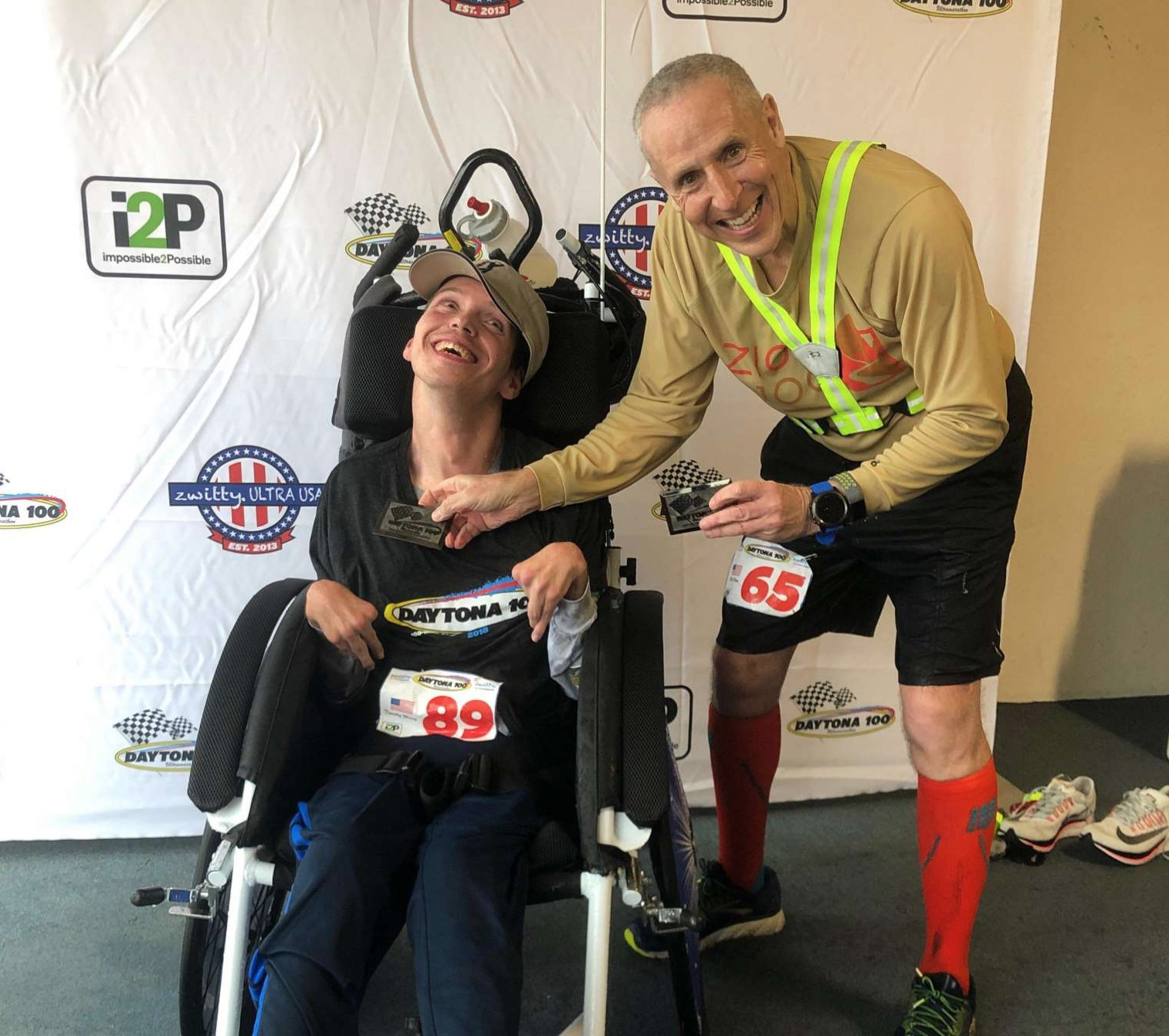 "I have a business card that says marathons with meanings and if I see them at a Starbucks, or airport or store, I just go up to the parents, and say, 'If your kid ever wants to run a marathon, let me know,'" said Kline.

Kline said he pays for everything having to do with the race himself out of his own pocket. "It feels better that way," he said. "I just feel like that is the way of giving back to society."

he young people he pushes have ranged in ages from eight to 32 and have many types of disabilities, from cerebral palsy to traumatic brain injuries.

"They love it. It's like their Super Bowl," Kline gushed. "They absolutely love the sounds, the noises, the feelings. The other runners, they're always very generous. They give them high-fives."

Kline said he runs about seven marathons per year with rider-athletes, which can lead to a grueling training schedule. "They're my training motivation. If I stop running, I may never start again. They give me inspiration," Kline said. "When I look around and see what these kids and these families are dealing with, my problems are so small."

One of the runner's favorite athletic shirts has the saying,"Keep moving, love unconditionally and give it away" written on it. And, that is just how he has chosen to live his life.

"I don't want to stop. I certainly want to keep my body healthy enough to keep doing it," he said. "I think I can maybe make it to my 80's. My goal is to keep doing this and inspire other people to take up the mantle when I can't do it."