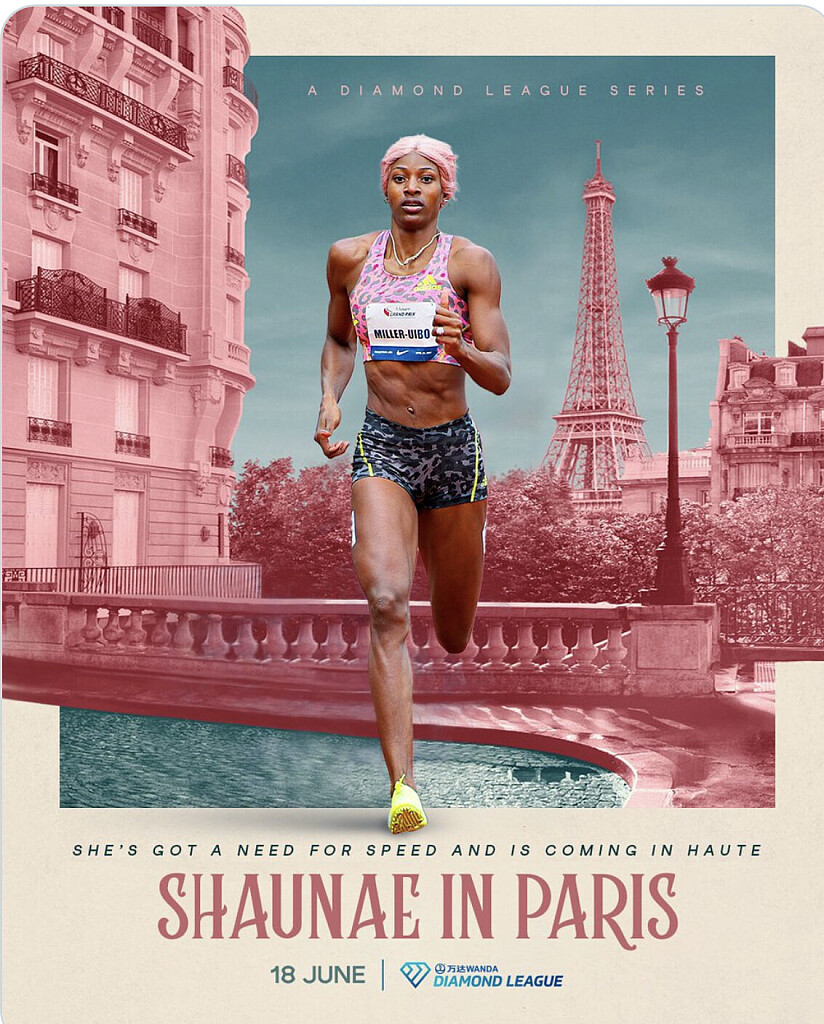 At 35, Jamaica’s two-time Olympic 100m champion Shelly-Ann Fraser-Pryce has done it all. But she still hasn’t finished, and her appearance at the Wanda Diamond League meeting in Paris on Saturday (18) will represent another significant step in her campaign to defend her world 100m title in Oregon next month.

Fraser-Pryce established her name early on this season’s world list when she ran in the rarified air of Nairobi and won in 10.67 - only seven-hundredths off the personal best she ran last year to put herself third on the all-time list. 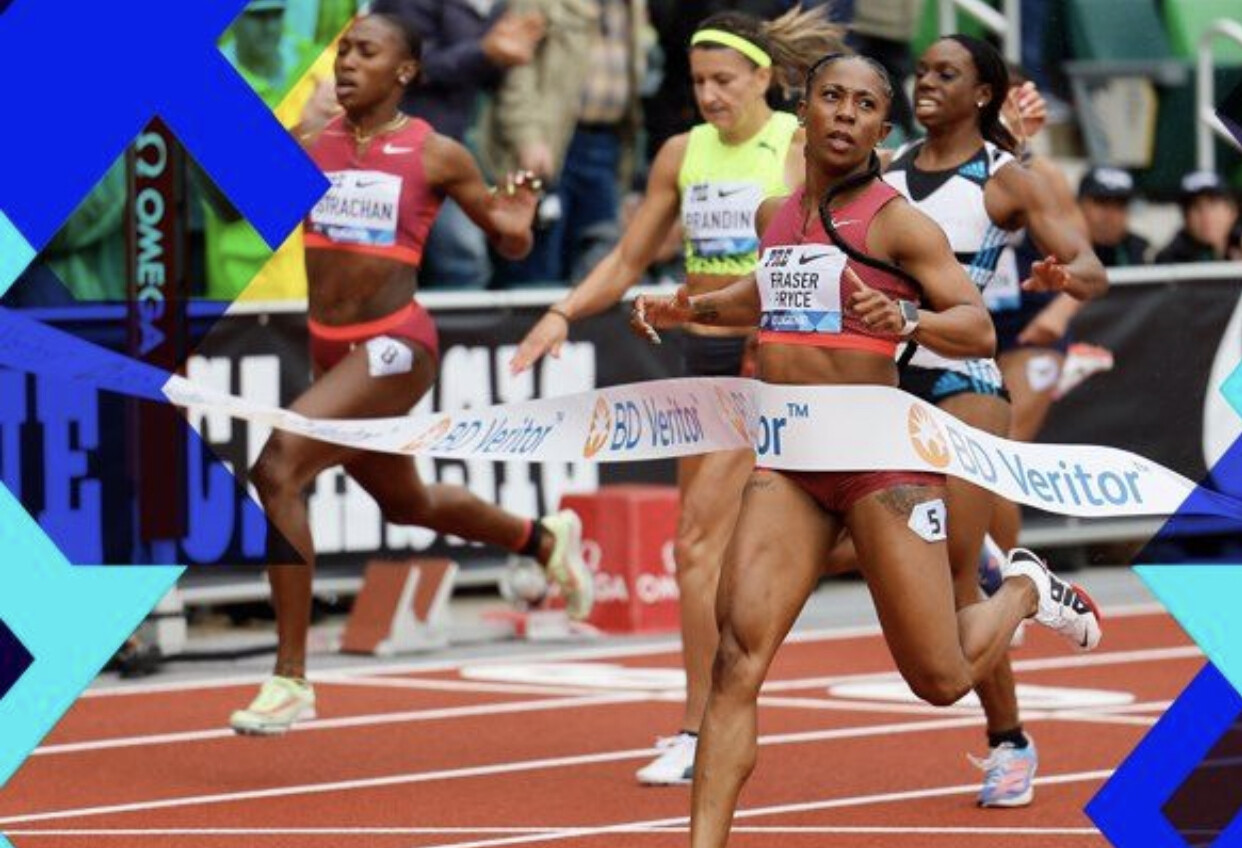 Her Jamaican compatriot and twice successor as Olympic 100m champion, Elaine Thompson-Herah, has since made a good start to her pursuit of a first individual world title with a best of 10.79 on the Eugene track that will stage the World Athletics Championships Oregon22.

But now Fraser-Pryce is back to make another impression in top-level competition at the Meeting de Paris on the ultra-fast blue track at Stade Charlety, which was renovated in 2019.

She will be taking on some talented sprinters including Switzerland’s Mujinga Kambundji, the surprise – and surprised – winner of the world indoor 60m title in Belgrade earlier this year in a personal best of 6.96. Kambundji, who turns 30 on the day before the race, will be targeting her personal best of 10.94.

Also in the mix will be Michelle-Lee Ahye of Trinidad and Tobago, who has run 10.94 this season and has a personal best of 10.82, and Marie-Josee Ta Lou of the Ivory Coast, who missed a 100m medal by one place in Tokyo as she ran 10.91.

Two-time Olympic 400m champion Shaunae Miller-Uibo, who has raced well but not exceptionally at 200m this season, will get down to serious business at her specialist event.

The 28-year-old Bahamian, who lowered her own continental record to 48.36 in Tokyo last summer, is third in this year’s top list with her time of 49.91, but that was set in April and the Olympic champion will want to check in on her current form having run over 200m recently.

She faces a strong Polish trio of Natalia Kaczmarek, who ran a huge personal best of 50.16 in Ostrava and stands sixth in this year’s world list, European champion Justyna Swiety-Ersetic and Anna Kielbasinska.

The Bahamas will be providing both Olympic 400m champions in Paris, with Steven Gardiner hoping to further fine-tune his world title defence in Oregon with a rare Diamond League appearance.

The leggy 26-year-old, who is 1.93m tall and has run 43.48, making him the sixth best performer of all time, did not compete in any Diamond League race last year and only raced once in Europe, at Szekesfehervar in Hungary.

His last appearance on the sport’s top circuit was at Monaco in 2019, when he won. Gardiner is already in good shape, having run 44.22 at Baton Rouge in Louisiana on 23 April - the fastest time recorded so far this year.

Meanwhile, European champion Matthew Hudson-Smith, who recently took one hundredth of a second off the British record of 43.36, set by Iwan Thomas in 1997, could be in position to better a record of even longer standing, this time the European one of 44.33 set by East Germany’s Thomas Schoenlebe in 1987. 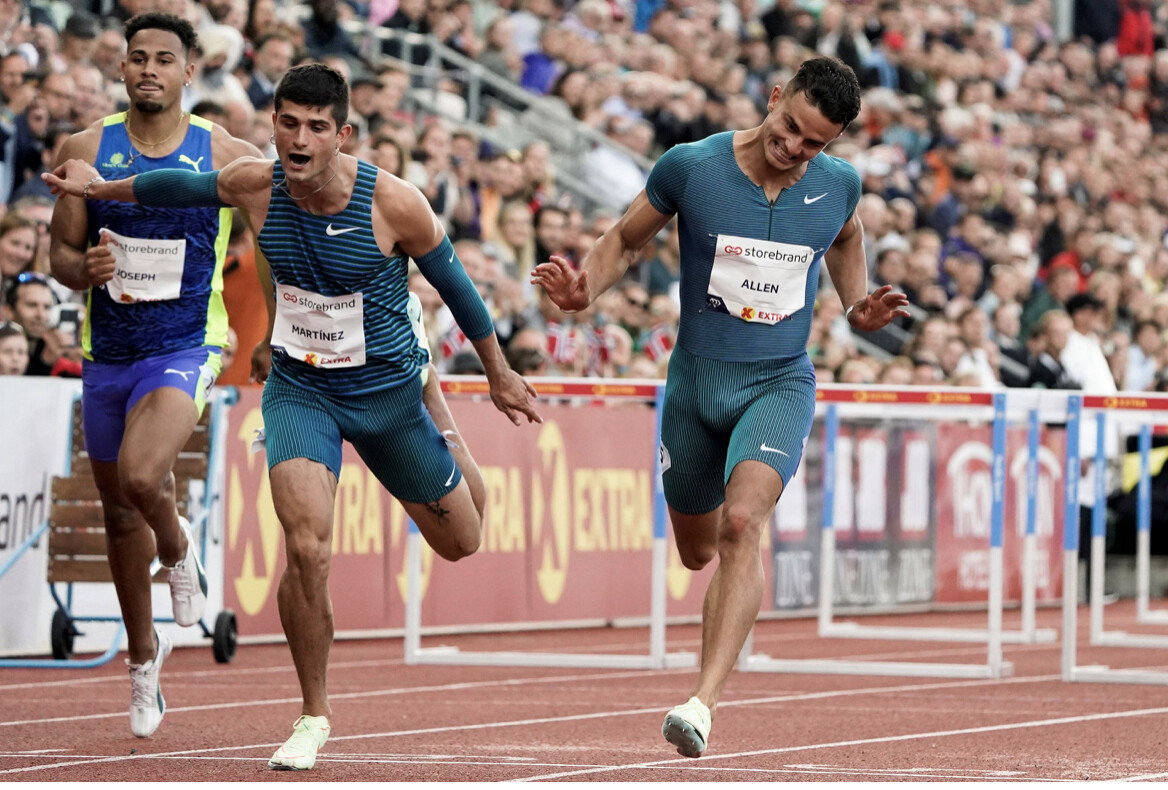 Devon Allen of the United States, whose 12.84 clocking in last Saturday’s New York Grand Prix – the third-fastest ever run – earned him a handsome victory ahead of world champion and compatriot Grant Holloway, maintained winning momentum over 110m hurdles in Oslo, although this victory was earned in 13.22 into a headwind of -1.2 m/s.

Allen, who will take up a professional American football career at the end of this season as a wide receiver with National Football League side Philadelphia Eagles, is due to run in Paris against a field that includes home hurdler Wilhem Belocian.

Canada’s Olympic 200m champion Andre De Grasse has been running 100m recently to sharpen up, but after clocking 10.24 at the Birmingham Diamond League on 21 May he dropped out of the Fanny Blankers-Koen Games on 5 June. On Thursday in Oslo, however, he returned to form in the 100m – in which he won Rio 2016 bronze – as he earned victory in 10.05 from Britain’s Reece Prescod, who clocked 10.06.

On Saturday, like Miller-Uibo, he will get down to business in his main event against a field that includes Prescod, who produced a big personal best over 100m of 9.93 in blustery conditions at the Ostrava Golden Spike meeting on 31 May. Meanwhile, Alexander Ogando of the Dominican Republic will be seeking to build on what has been a good start to the season, in which he has run 20.07.

Olympic 10,000m champion Selemon Barega, who won the Ethiopian World Championships trials race in Hengelo and then finished fourth in the 5000m in Rome, is expected to race over the shorter distance in Paris.